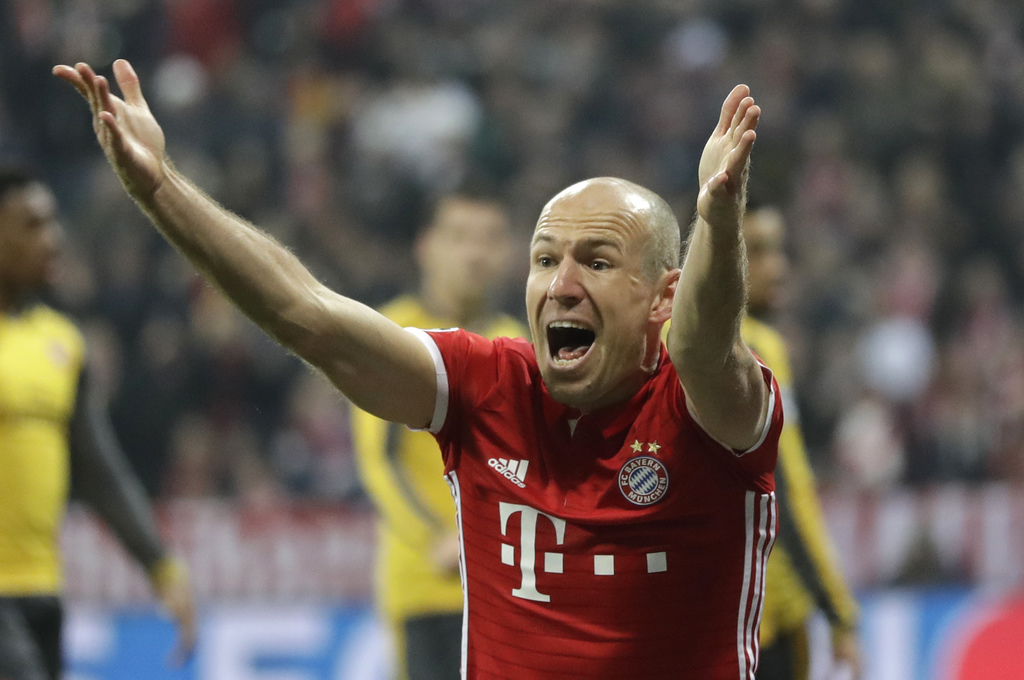 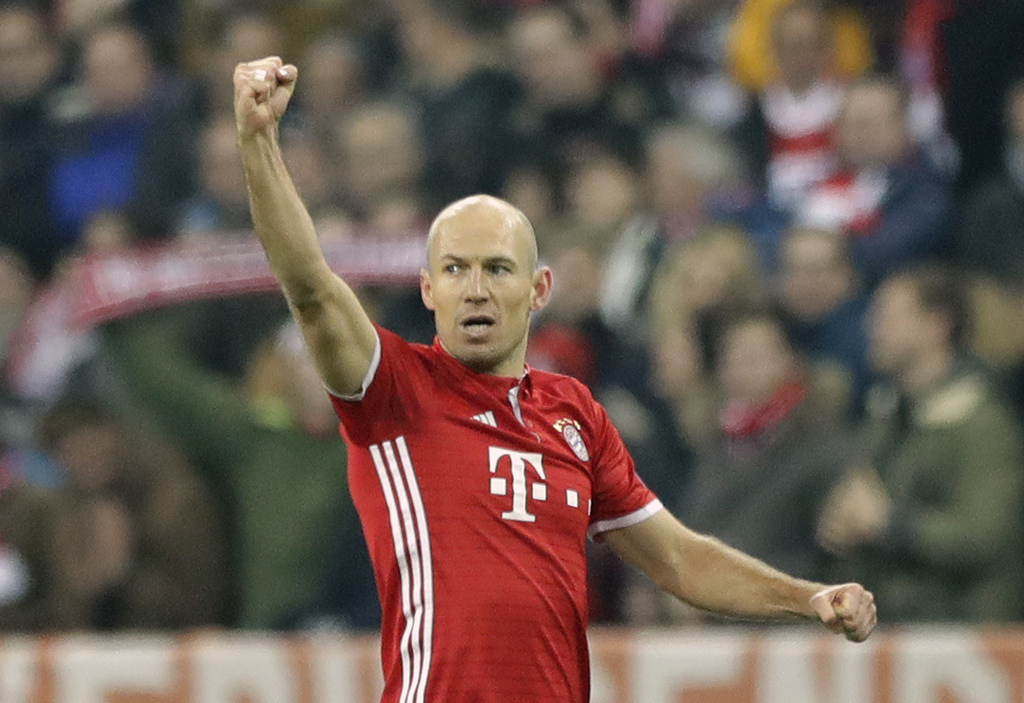 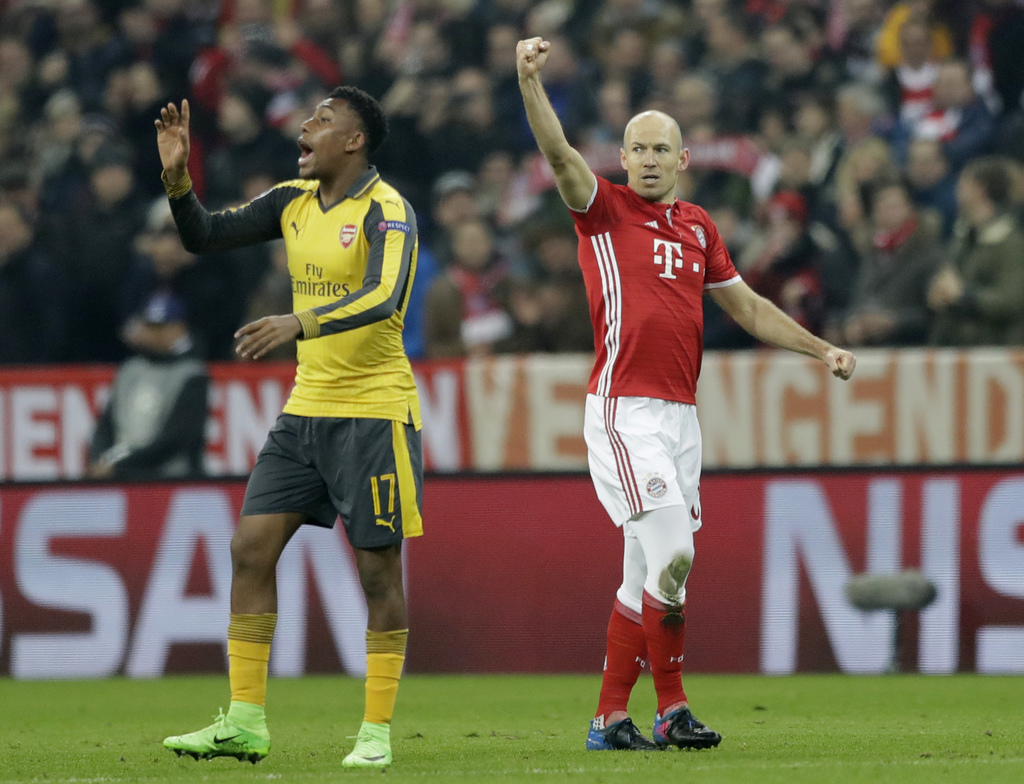 The 33-year-old Dutch winger was at the heart of almost all of Bayern's attacking play in the 5-1 rout of Arsenal that put the Champions League quarterfinals within reach on Wednesday.

Robben was a constant threat to the Arsenal defense, his performance crowned early on with one of his trademark goals.

But it was his runs, his interplay, his movement and the danger he posed any time he faced a defender that earned a standing ovation from Bayern fans when coach Carlo Ancelotti took him off with just two minutes remaining.

Robben provided the breakthrough early on, cutting inside from the right to set his left foot, before letting fly with a shot that went in off the underside of the bar.

"It worked before a few times," he joked.

Defenders might know what's coming, but they seem helpless to stop it.

Robben almost did it again minutes later, and he forced a corner with another effort shortly after that.

Despite his own outstanding contribution, Robben was keen to focus on a great team performance overall.

"In the second half, we really played some amazing football. We really killed the game," he said.

Altogether, Robben had three attempts on target apart from the goal, all blocked, while his interplay with Philipp Lahm and Thiago Alcantara helped make the Arsenal defense look weak.

Nine passes went to Thiago, who scored two goals, and 20 to Lahm of 47 completed passes altogether. Almost nine out of every 10 attempted passes found their target.

"It worked very well today," Robben said. "I myself am a little surprised that we played so well. On the other hand, not so much, because I know that the team has a great character and the ability to always step up a level when it needs to."

Robben has a knack for scoring important goals. It was his 89th-minute strike that gave Bayern its last Champions League title against Bundesliga rival Borussia Dortmund at Wembley Stadium in London in 2013.

Former Bayern coach Ottmar Hitzfeld, who led the team to the Champions League title in 2001, has spoken of Bayern's problem when it comes to replacing Robben, with neither Douglas Costa nor Kingsley Coman at the Dutch star's level.

No wonder the club was so keen to extend his contract beyond this season, even if he's entering the twilight of his career. Robben signed a one-year extension to June 2018 last month.

"If Arjen has the feeling he can no longer compete at the highest level, then he'll stop," Robben's father Hans said last month after his son signed the contract extension.

On Wednesday's showing, it doesn't look like he needs to stop any time soon.