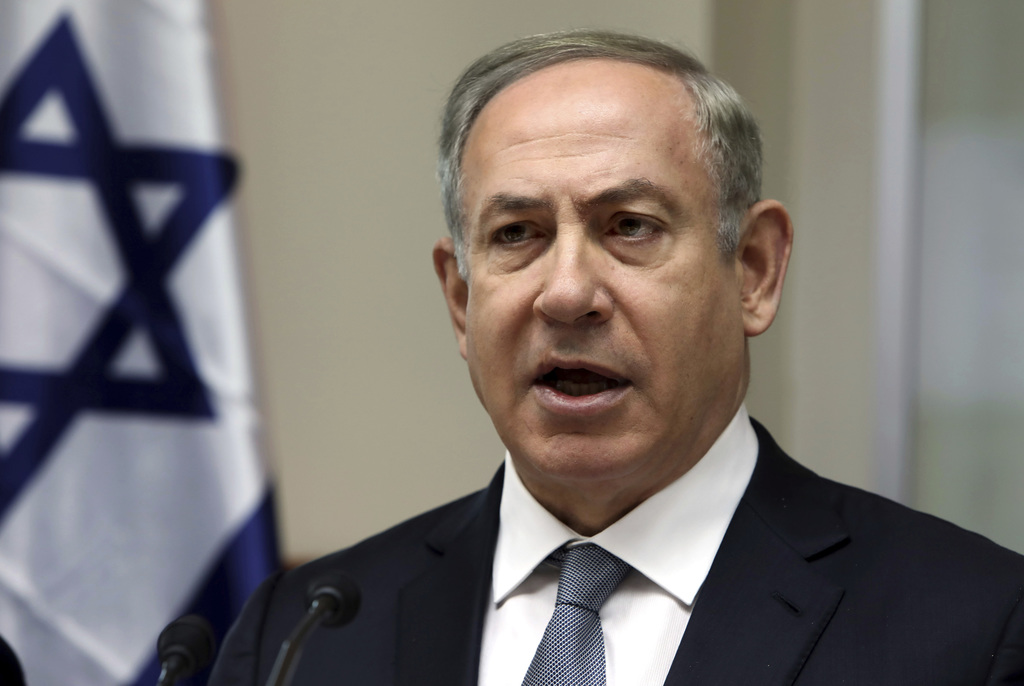 JERUSALEM (AP) — The Trump Administration appears to be easing away from longstanding U.S. support for Palestinian statehood as the preferred outcome of Middle East peace efforts, which may please some allies of Prime Minister Benjamin Netanyahu in Israel. But the alternatives are few, and each comes with daunting and combustible complications, including for Israel itself.

The idea of two states in the Holy Land — a Jewish Israel and an Arab Palestine — rests on a particular logic: There are two quite different peoples of roughly equal size living between the Mediterranean Sea and the Jordan River; each wants their own nation-state to control and dominate numerically; each has shown tenacity toward this goal.

This would require Israel to let go of most and maybe all of the territory it captured in the 1967 war, when it completed its takeover of all the land that British colonizers abandoned in 1948. That includes the West Bank, where there are now islands of Palestinian autonomy, scattered Jewish settlements and overriding Israeli military control; the eastern part of Jerusalem, which Israel has fully annexed and populated with Jews; and the coastal Gaza Strip, which was actually evacuated in 2005 and is now blockaded and controlled by the Islamic militants of Hamas.

Over the years many and probably most Israelis have come around to the idea of a partition largely because they want to be considered a democracy and do not want all the Palestinian future citizens that would come along with the territory. For almost two decades, U.S. policy has been to advocate a two-state solution.

But over two decades of peace talks have failed to produce agreement on the details, and many on both sides consider it impossible without a major change in circumstances — massive global pressure on Israel, more upheaval in the Arab neighborhoods, perhaps tectonic shifts in the prevailing world order.

Ahead of Wednesday's White House meeting between President Donald Trump and Netanyahu, a senior U.S. official suggested a two-state solution was optional, bringing condemnation from Palestinian officials. But many of them have for years been quietly preparing for an alternative strategy of a single bi-national state in the Holy Land.

Here's a look at that option, and other scenarios that might arise:

For years this was the goal of the Palestine Liberation Organization, and for many Palestinians it is indeed the preferred option: a single democratic state, not defined as specifically Jewish or Arab, in the area of British colonial Palestine. Many prefer it anyway to the two-state notion whereby even if Israel gives up all the land it captured in 1967 it retains almost 80% of Palestine.

The problem is that almost no one in Israel is arguing for the true extension of full rights to Palestinians in the currently occupied territories because even with Gaza excluded it would leave Arabs constituting close to half the country's population — and that is clearly the end of the Zionist dream of a Jewish state. This is why Israel has never annexed the West Bank and why the more sophisticated nationalists profess to support a partition, albeit on terms the Palestinians have not accepted and are not likely to.

If the Palestinians formally drop the two-state strategy and demand incorporation into Israel it will put Israel in the awkward position of refusing to annex territories where it has been settling Jews for decades. Down this path lie coercion efforts in the form of international sanctions on Israel, or Palestinian violence.

Many Israelis have concluded that a final peace agreement with the Palestinians is simply not possible because the Palestinians are asking for the moon as a result of a feeling that they hold the demographic cards. It is not just about territory: the Palestinians still in theory demand a "right of return" to Israel proper for millions of descendants of Palestinian refugees living around the region and the world, which the vast majority of Jewish Israelis reject.

But perhaps a partial deal is possible whereby the Palestinians would not have to forego future claims but for now get their state on, say, 80% of the West Bank, with some sort of preferred access of new regime in the Old City of Jerusalem? Even the current nationalist Netanyahu government would probably accept such a thing, but the Palestinians have ruled it out, fearing the temporary would become permanent. To get them to agree would require massive global and Arab world pressure, and risks huge internal conflict among the Palestinians.

Jordan took over the West Bank and east Jerusalem during the 1948-1949 Arab-Israel war that followed the British pullout, lost the areas to Israel in 1967 and then gave up all claims to them in favor of the Palestinians in the 1980s. But Jordan is a country with a majority Palestinian-descended population, and some Israelis still think that it can play a role in satisfying Palestinian national aspirations and resuming control over only a part of the West Bank.

But this would probably require a collapse of Hashemite rule, founded on Jordan's Bedouin population, and as such is anathema to the Jordanian monarchy, which is beloved by many israelis for making peace with them in 1994. Adding to the awkwardness, the Palestinians reject it altogether as well.

Under these vexing circumstances many Israelis conclude no peace is possible, but they still want to be rid of the Palestinian population of the West Bank. In the mid-2000s the government of Ehud Olmert planned a unilateral pullout from most of the territory, to follow the 2005 withdrawal from Gaza. But those plans were upended when Gaza was taken over by Hamas militants and became a launching pad for rocket attacks on Israel, leading to several mini-wars.

Few want to see that scenario repeated with the West Bank, which is much larger and closer to Israel's main cities. Now talk grows of a pullout of settlers from some areas, to create a more convincing reality of partition, while the military stays for now, pending some future arrangement. NATO? A global or Arab peacekeeping force? Perpetual Israeli control? No one can say.

When the best that can be hoped for is the least bad solution, the status quo looks attractive to some. But Israel is constantly changing the landscape by adding settlers — already there are some 350,000 Israelis in the West Bank and a quarter million in East Jerusalem. And the Palestinians do not have a history of acquiescing for long: There were multi-year uprisings in the late 1980s and early 2000s and a spate of violence in late 2015 and early 2016. Down this path lies the very strong likelihood of more.