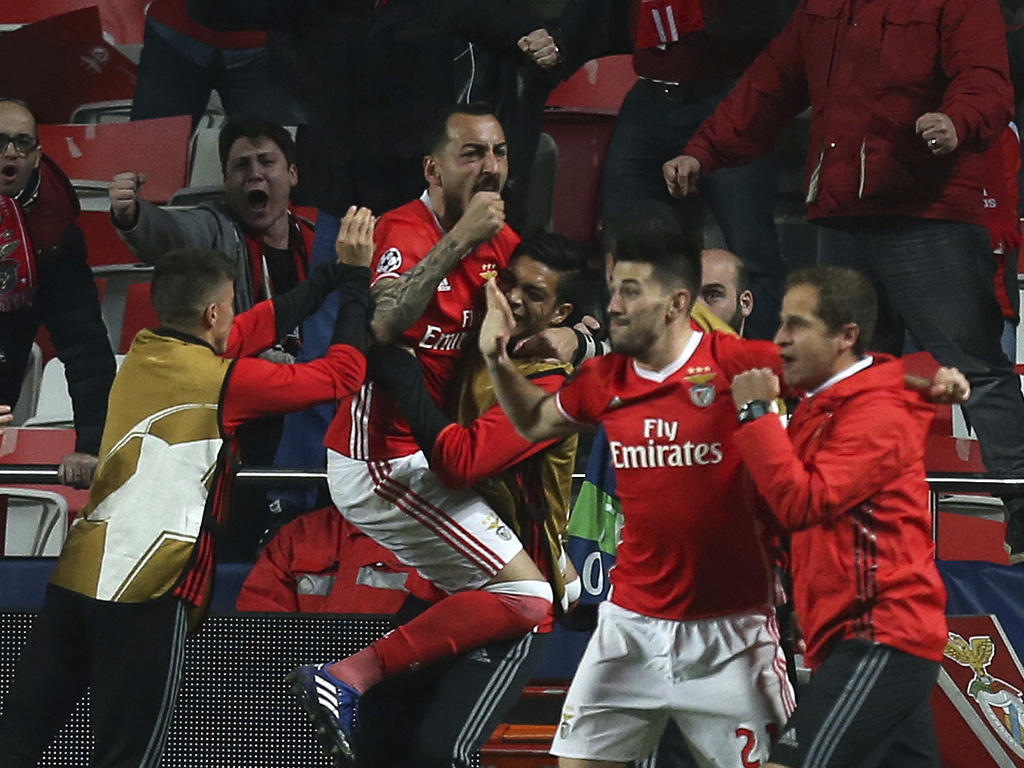 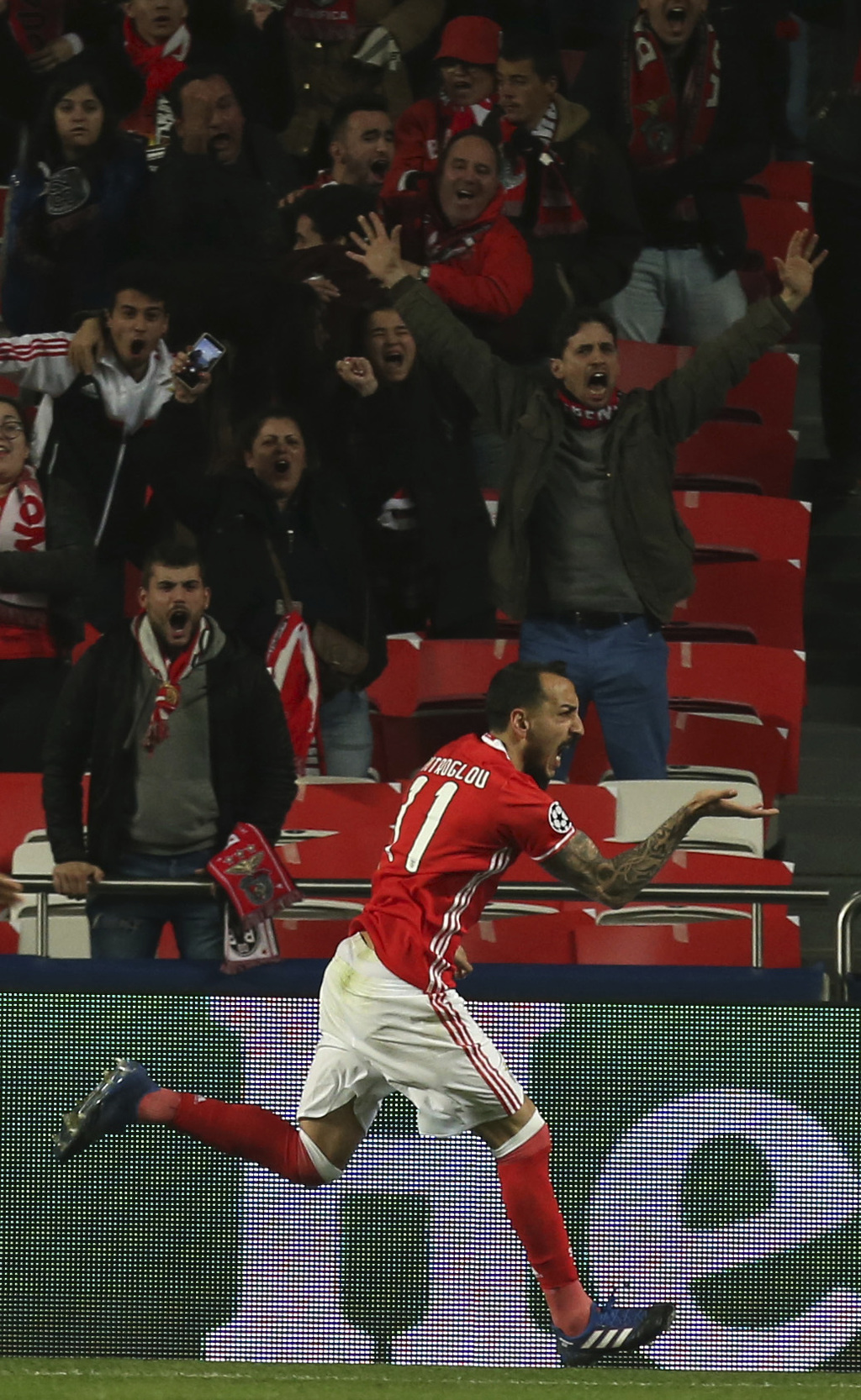 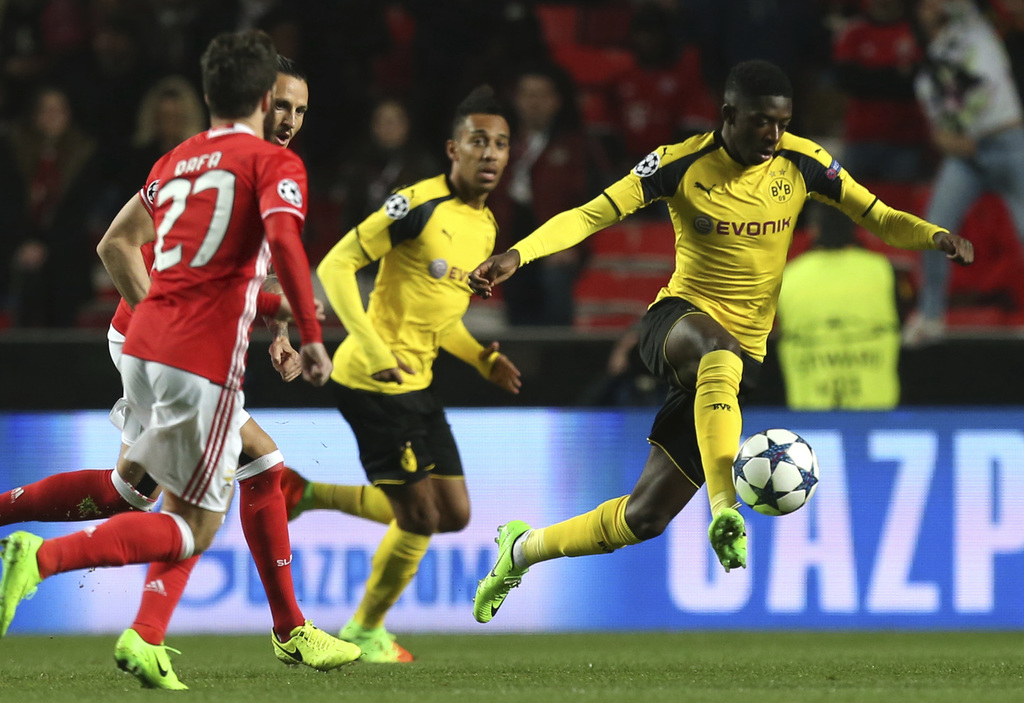 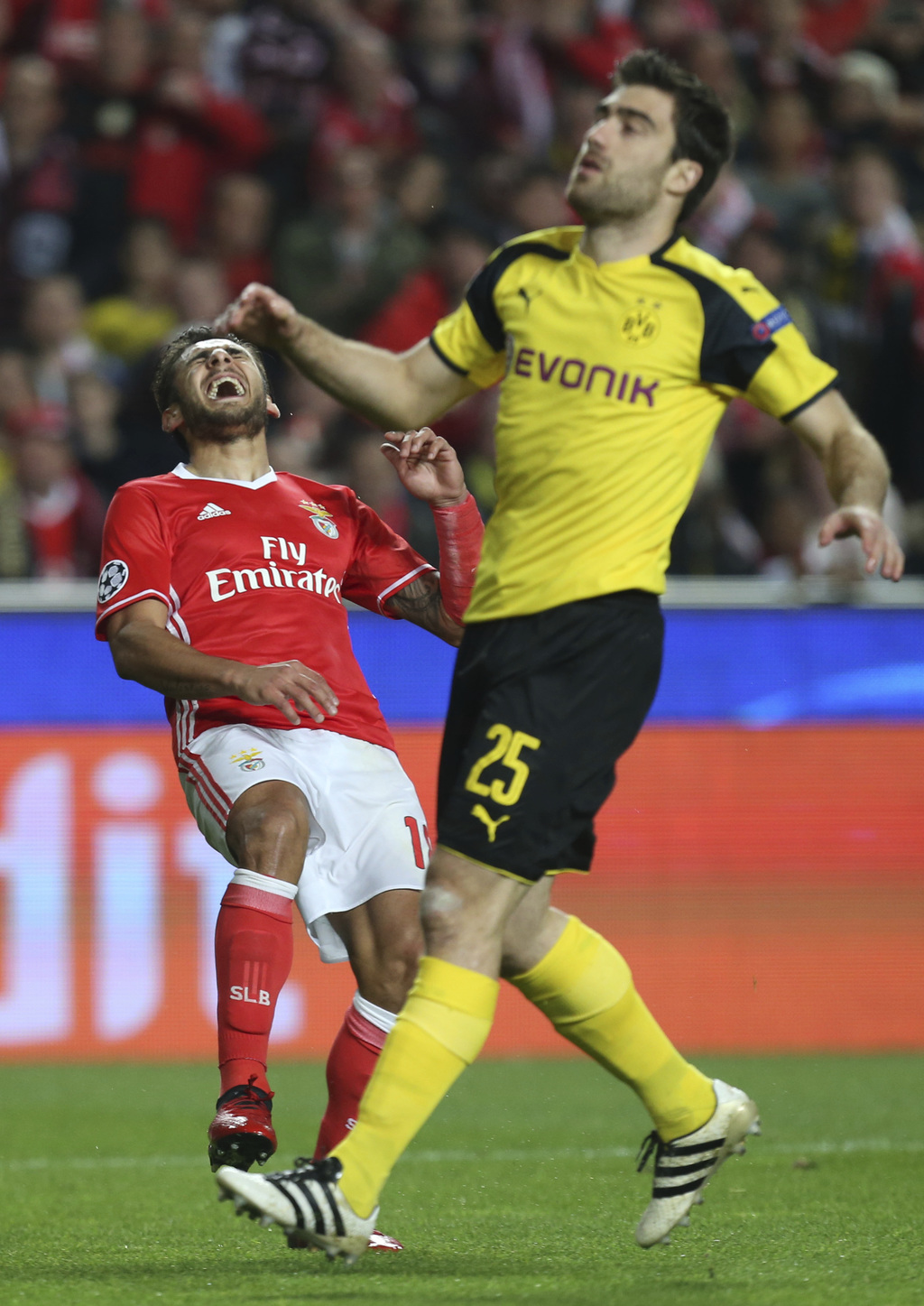 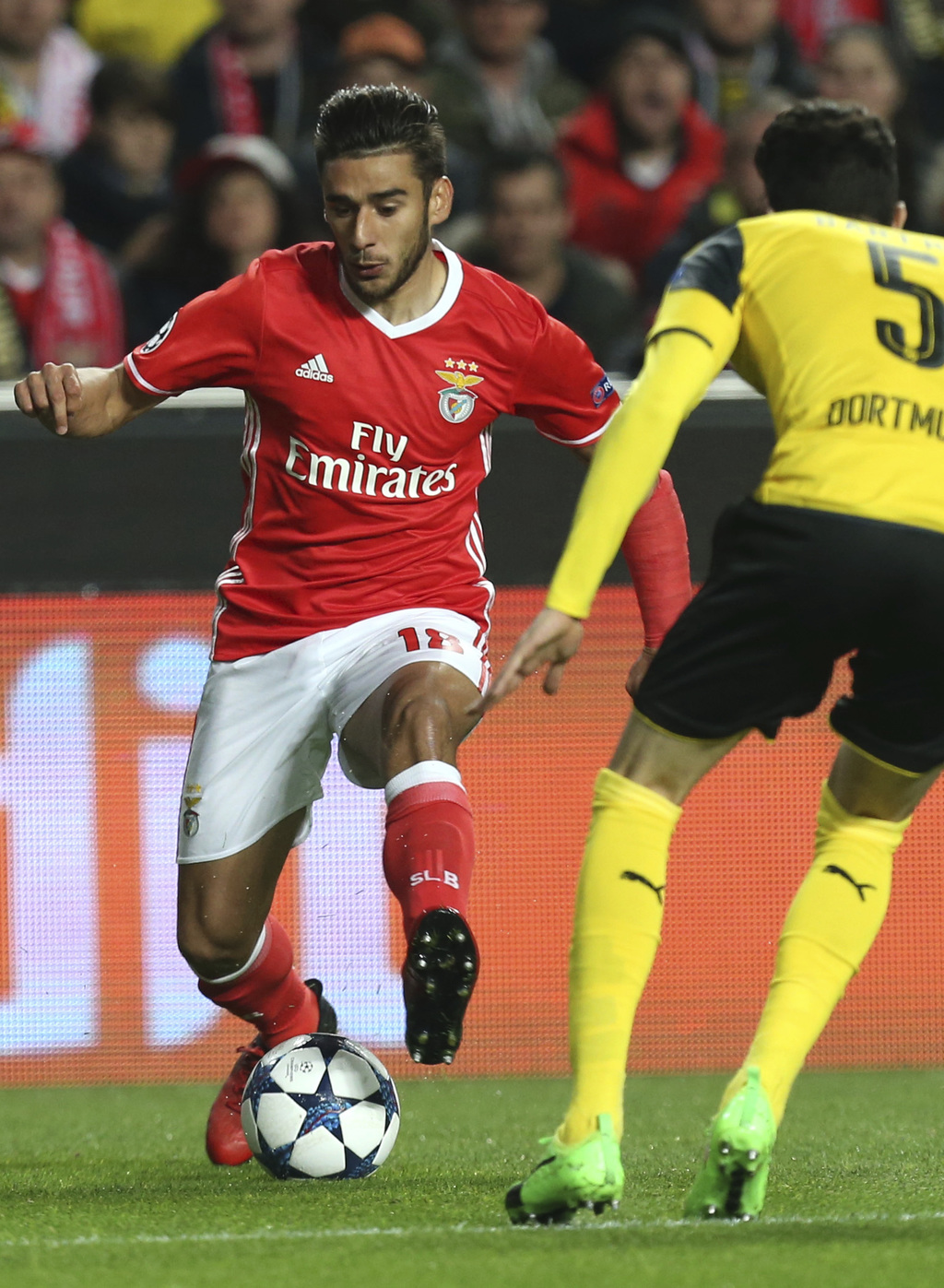 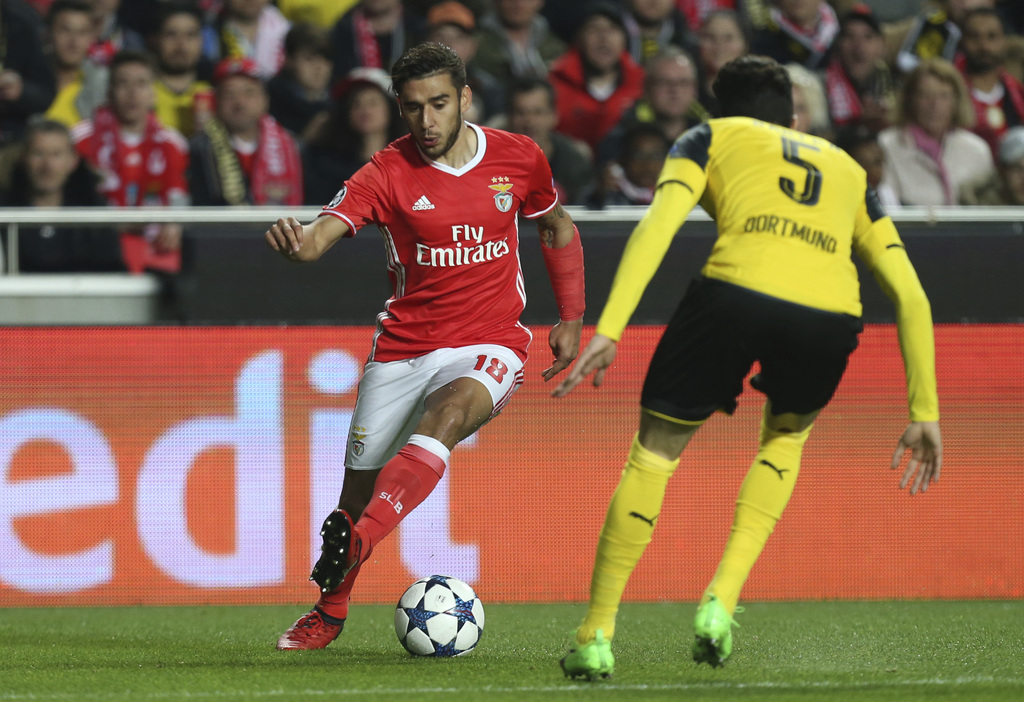 LISBON, Portugal (AP) — Borussia Dortmund squandered chance after chance, including a second-half penalty, before slumping to a 1-0 defeat at Benfica in their first leg match of the Champions League's Round of 16 on Tuesday.

Kostas Mitroglou scored shortly after halftime and goalkeeper Ederson made some key saves afterward to help Benfica hold on for victory at the Stadium on Light.

Pierre-Emerick Aubameyang missed the penalty in the 58th minute, when his shot was stopped by Ederson.

Benfica will be looking to reach the quarterfinals for the second straight season in the second leg on March 8 in Germany.

In the other Round-of-16 match on Tuesday, Paris Saint-Germain stunned Barcelona 4-0 in the first leg in France.

Mitroglou broke the deadlock following a corner early in the second half after a header by defender Luisao, who was making his 500th appearance for Benfica. Mitroglou's initial effort was parried by goalkeeper Roman Burki but the striker was able to bundle home the loose ball.

Dortmund's attack had thrived in the group stage, setting the competition's all-time scoring record with 21 goals in six games, but it faltered in Lisbon even though the German side controlled possession throughout the game.

Aubameyang's penalty was straight at the middle of the goal and Ederson was able to make an easy save. The Brazilian goalkeeper had already made two great stops shortly after halftime, and after a long-range shot took a deflection off a defender in the 84th.

Aubameyang had missed two other great opportunities with shots from inside the area, one in each half, and Ousmane Dembele nearly scored in the first half when his close-range shot was blocked in front of the goal.