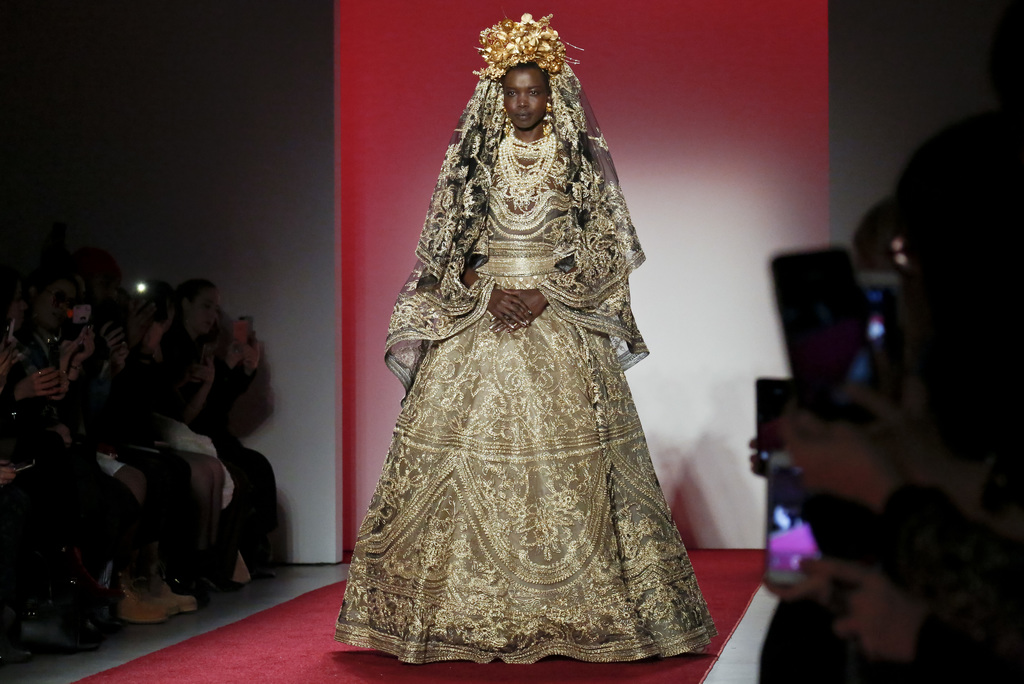 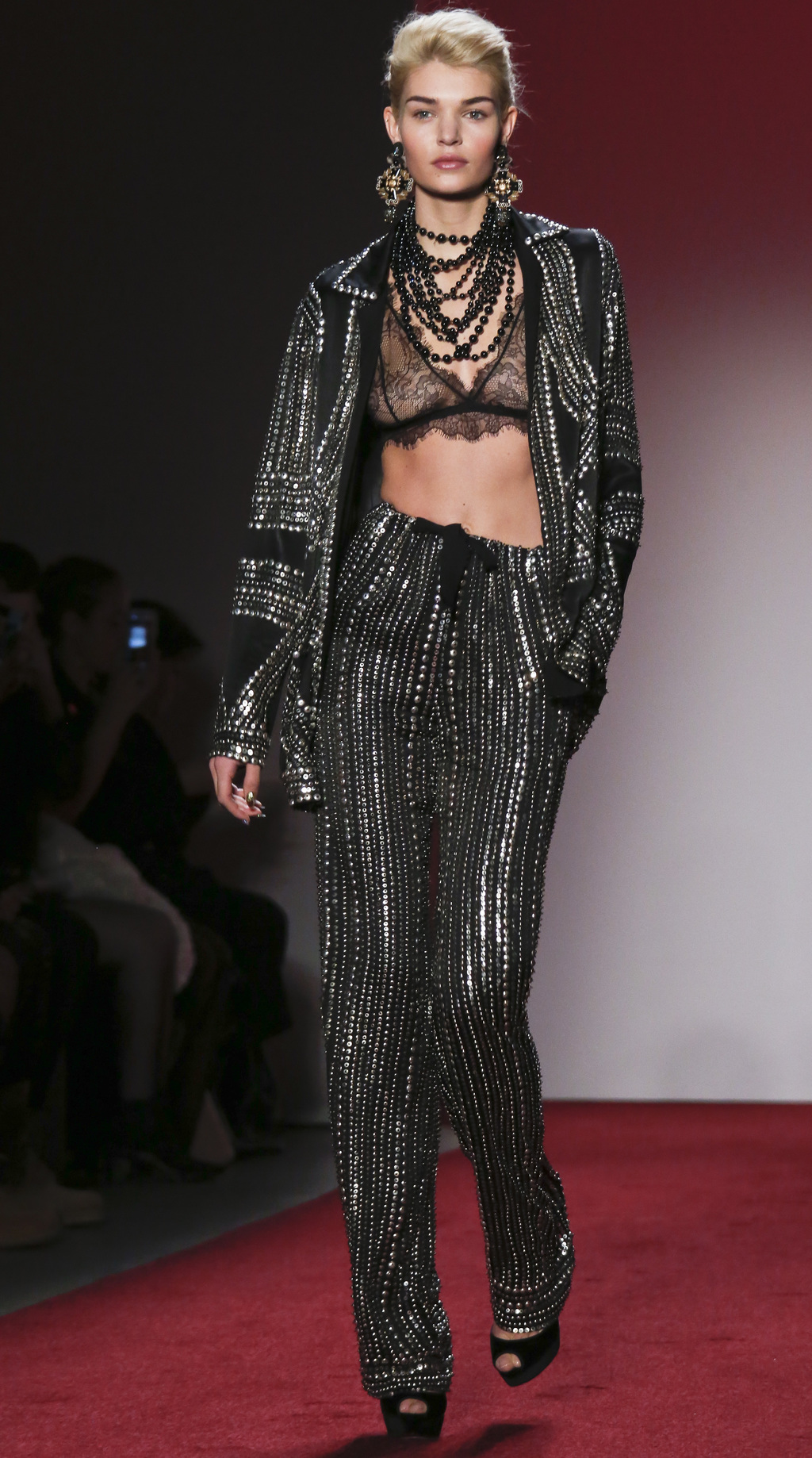 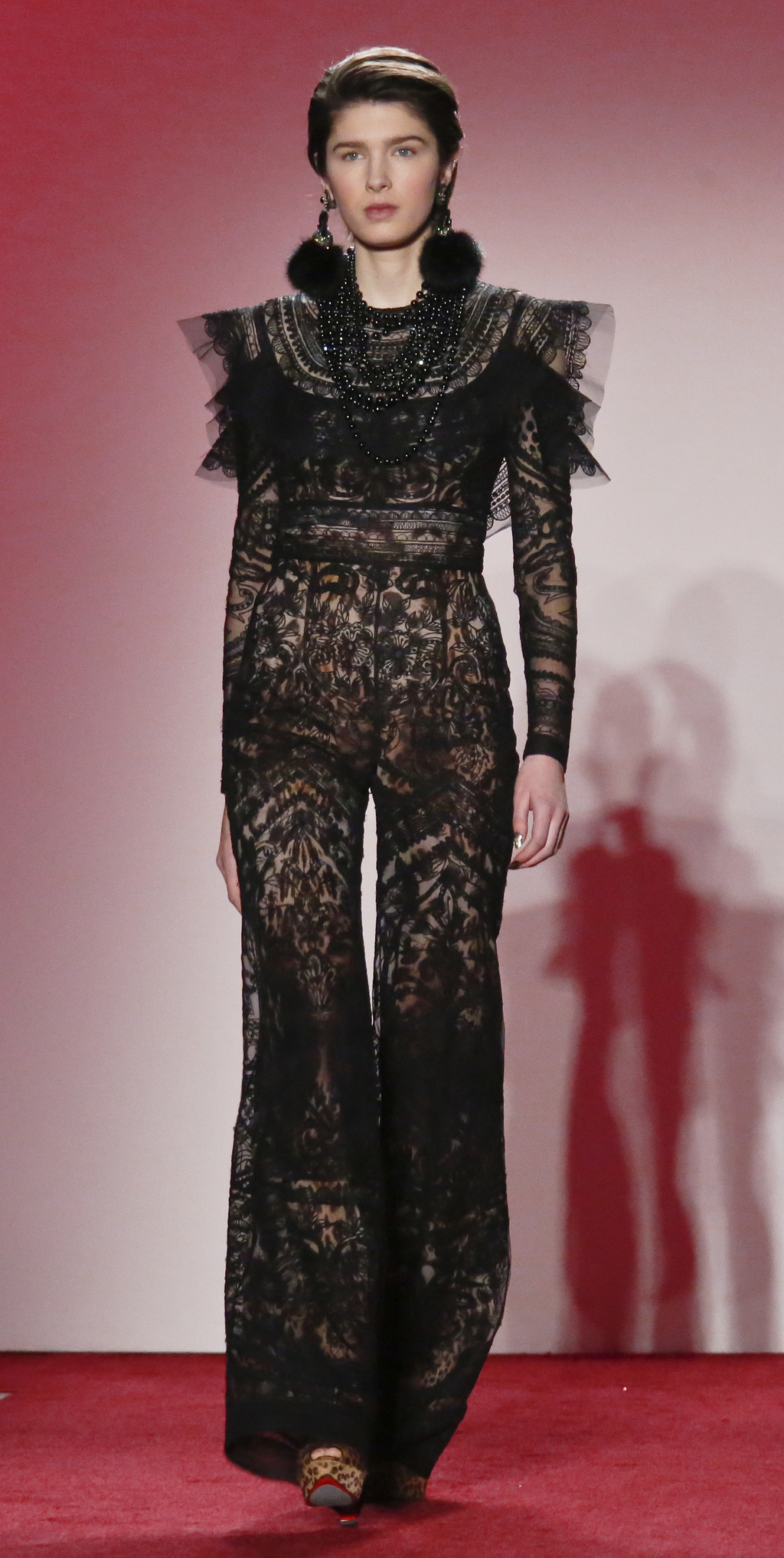 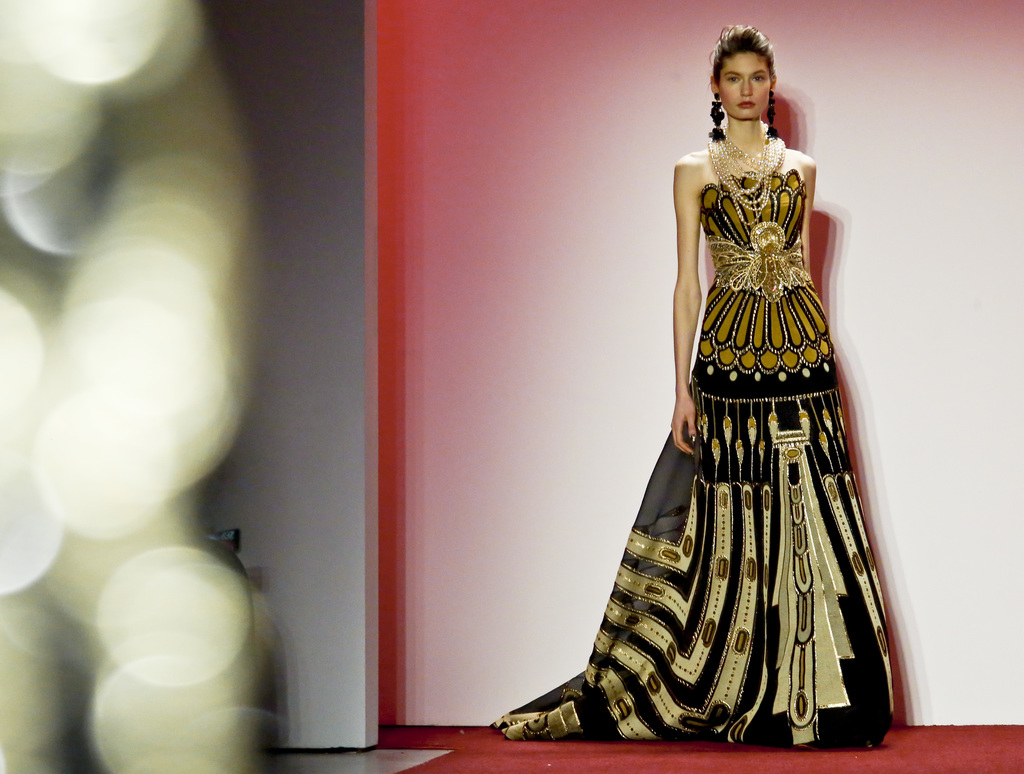 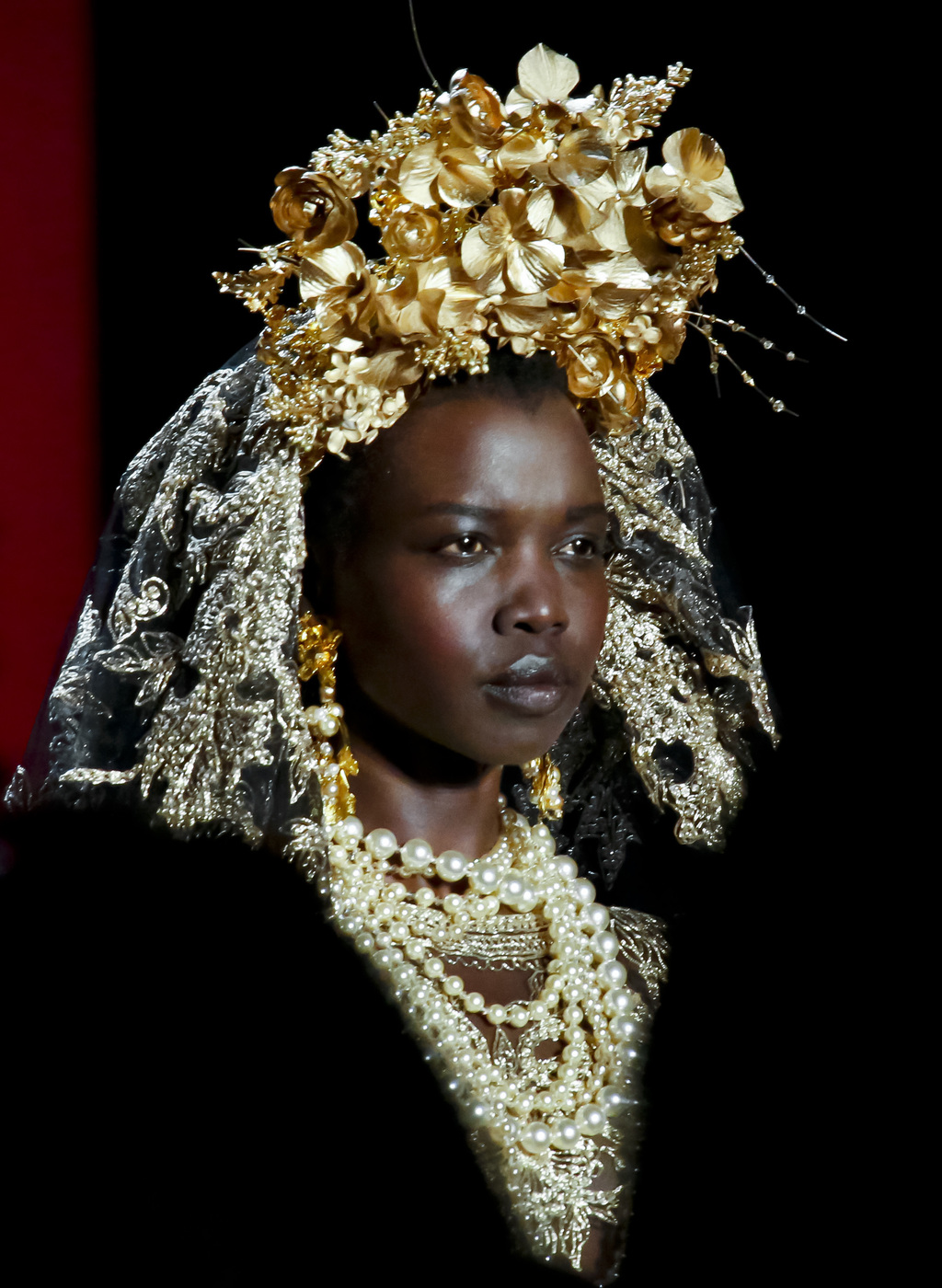 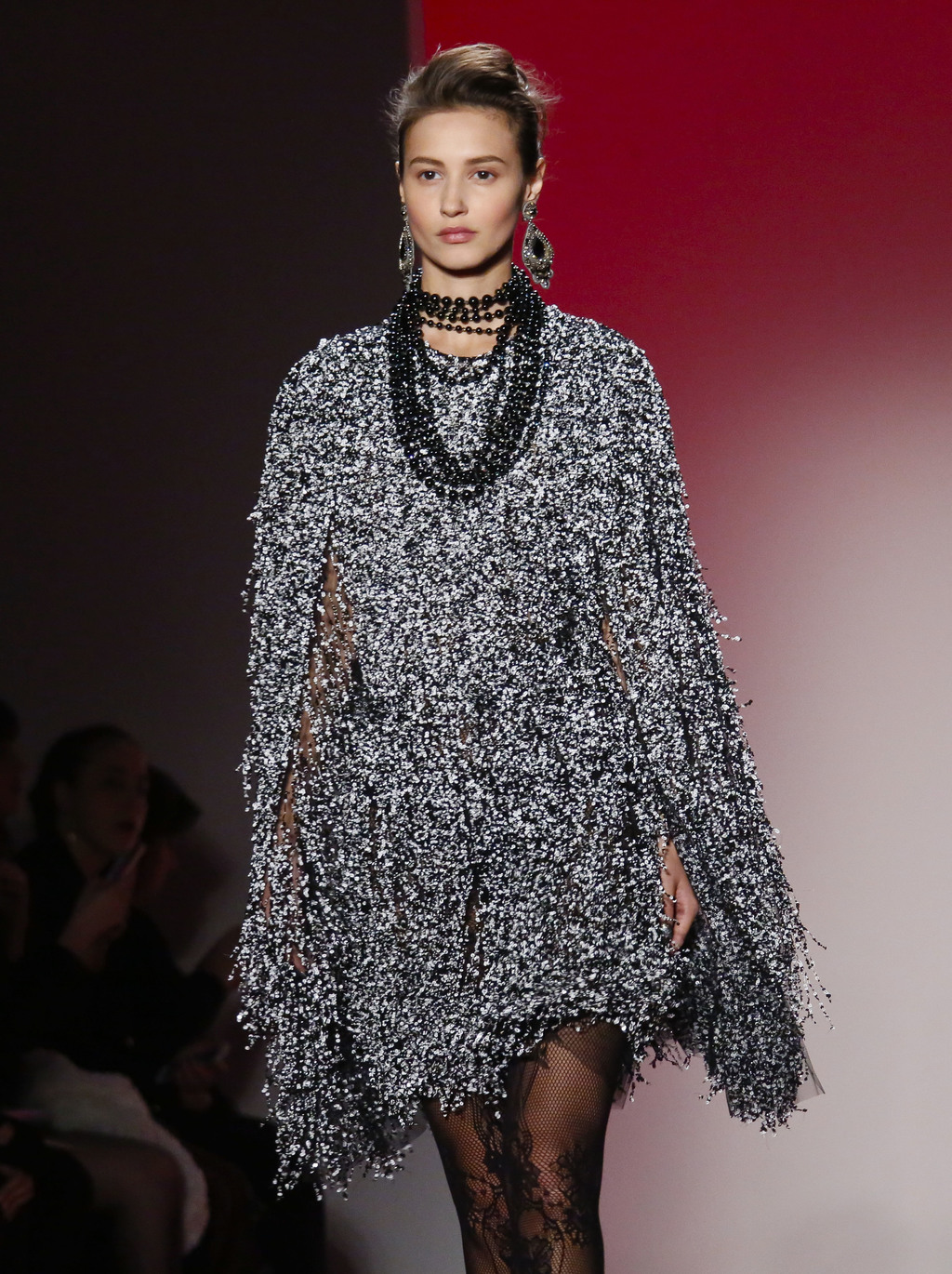 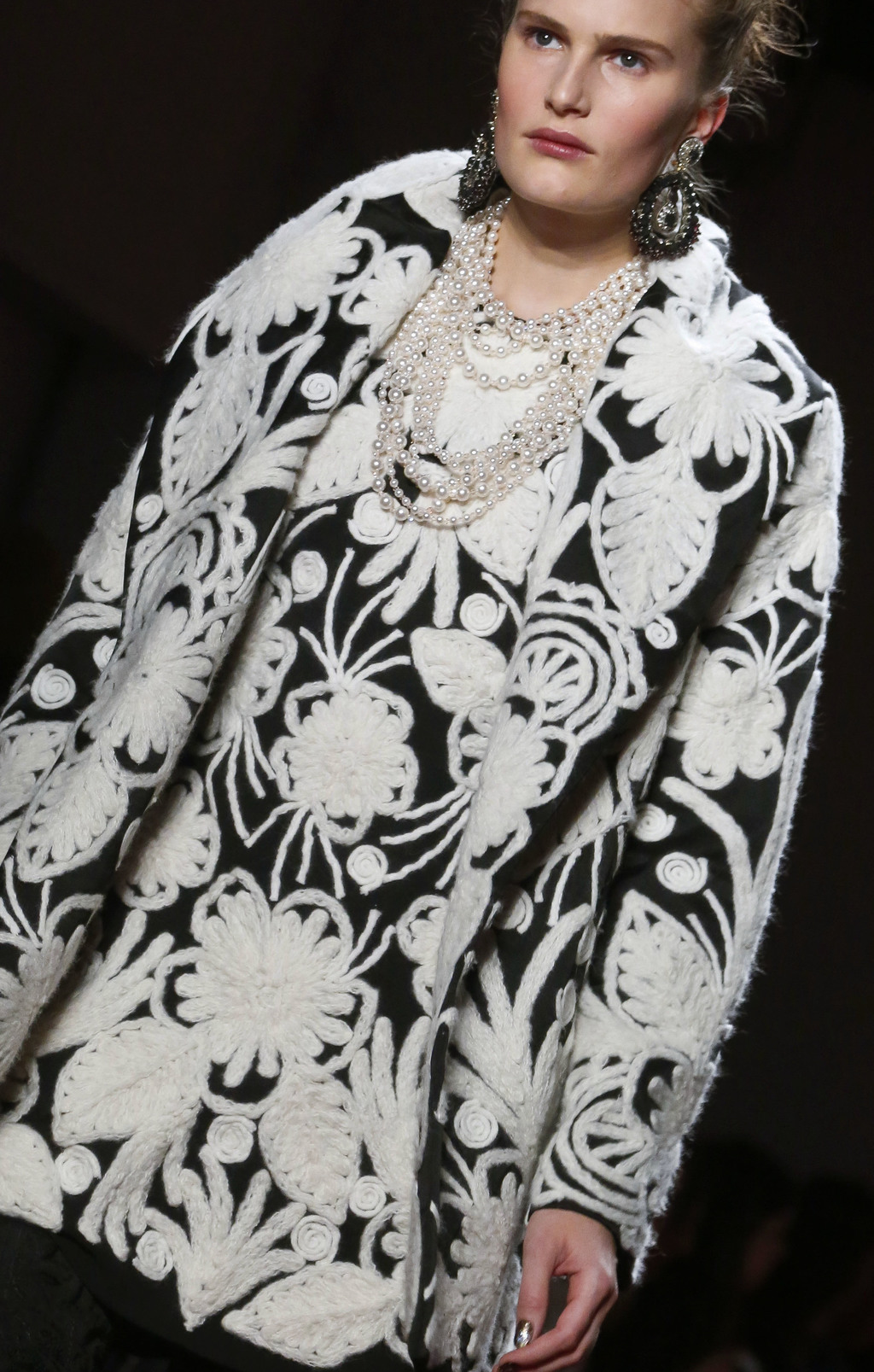 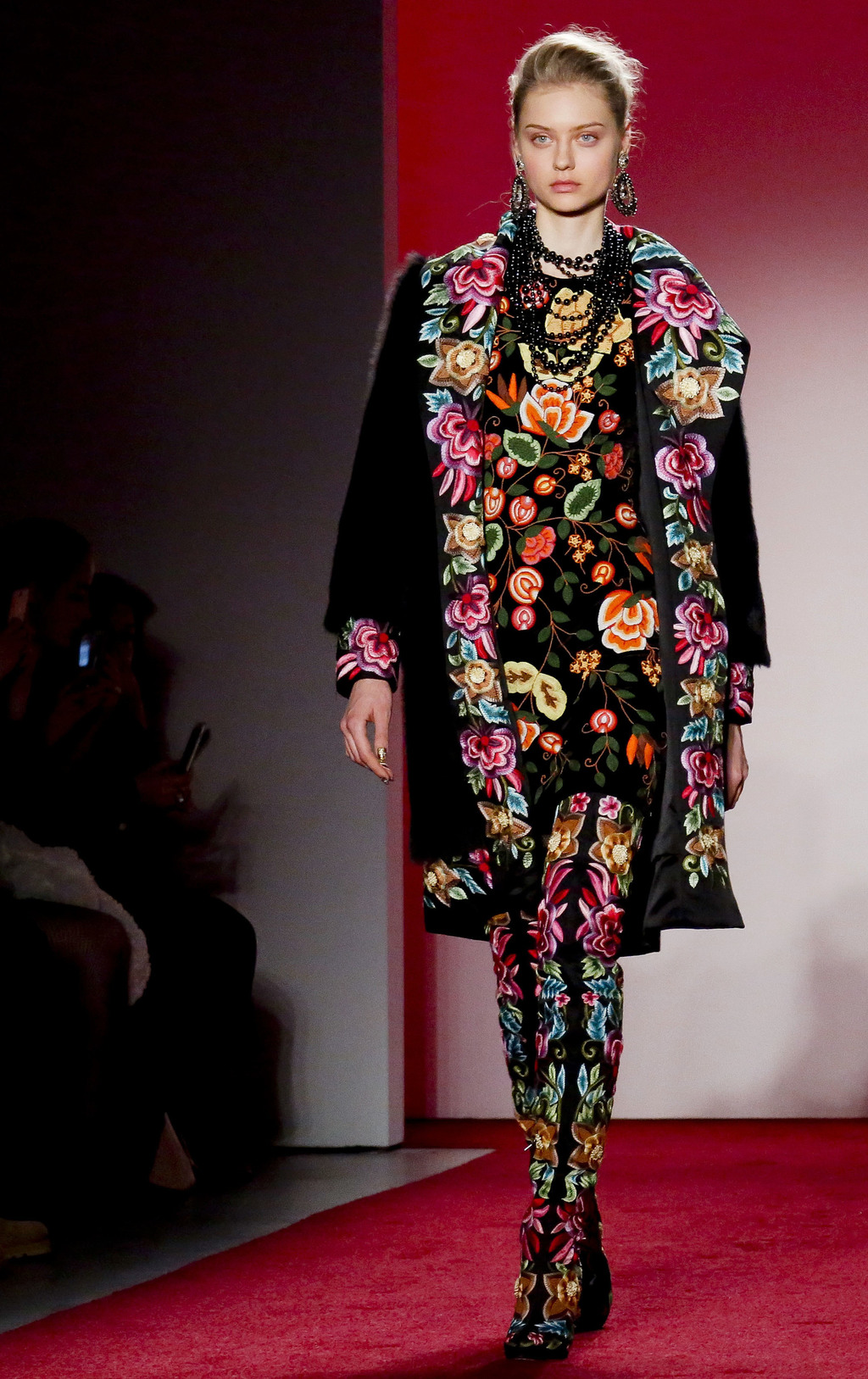 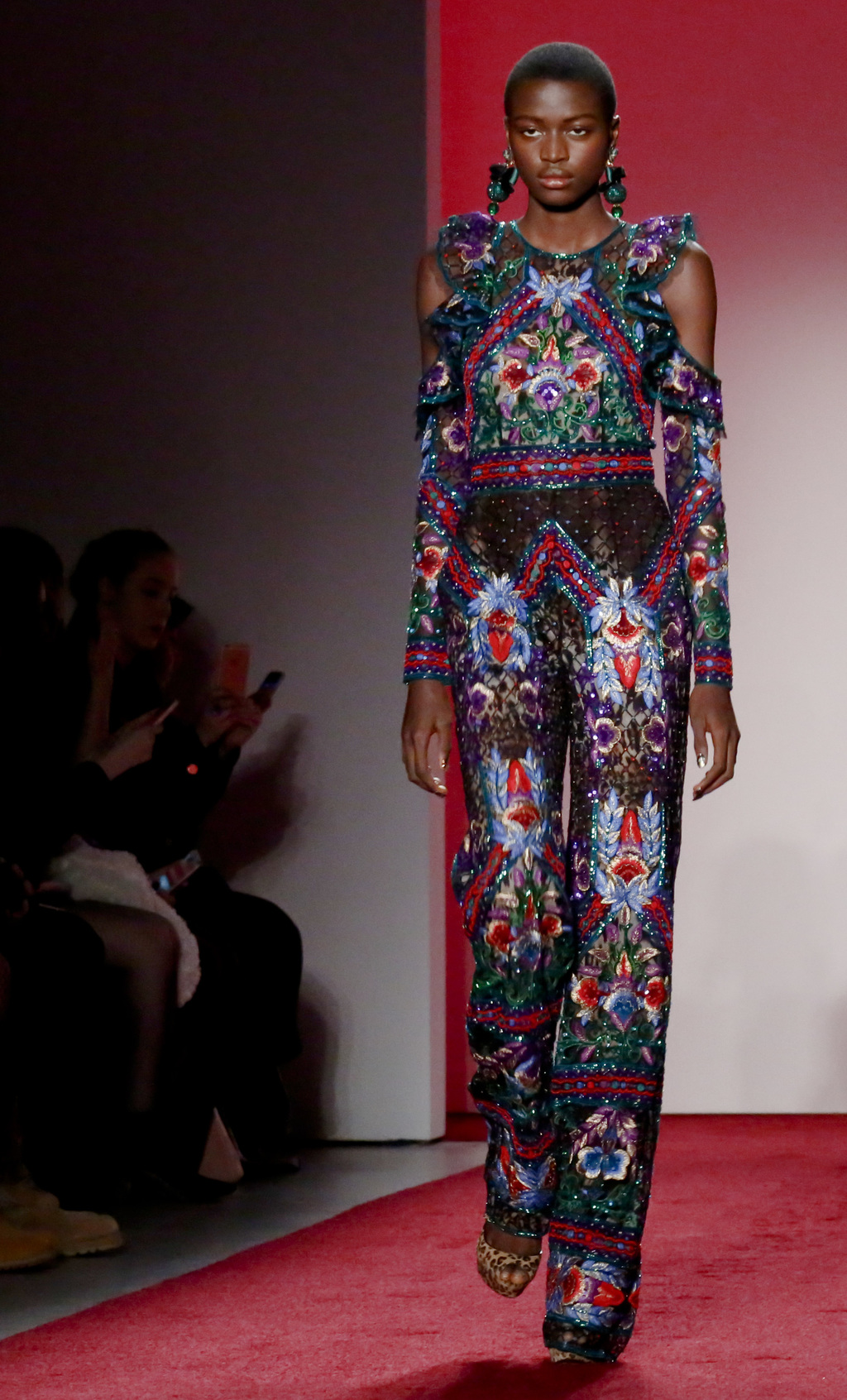 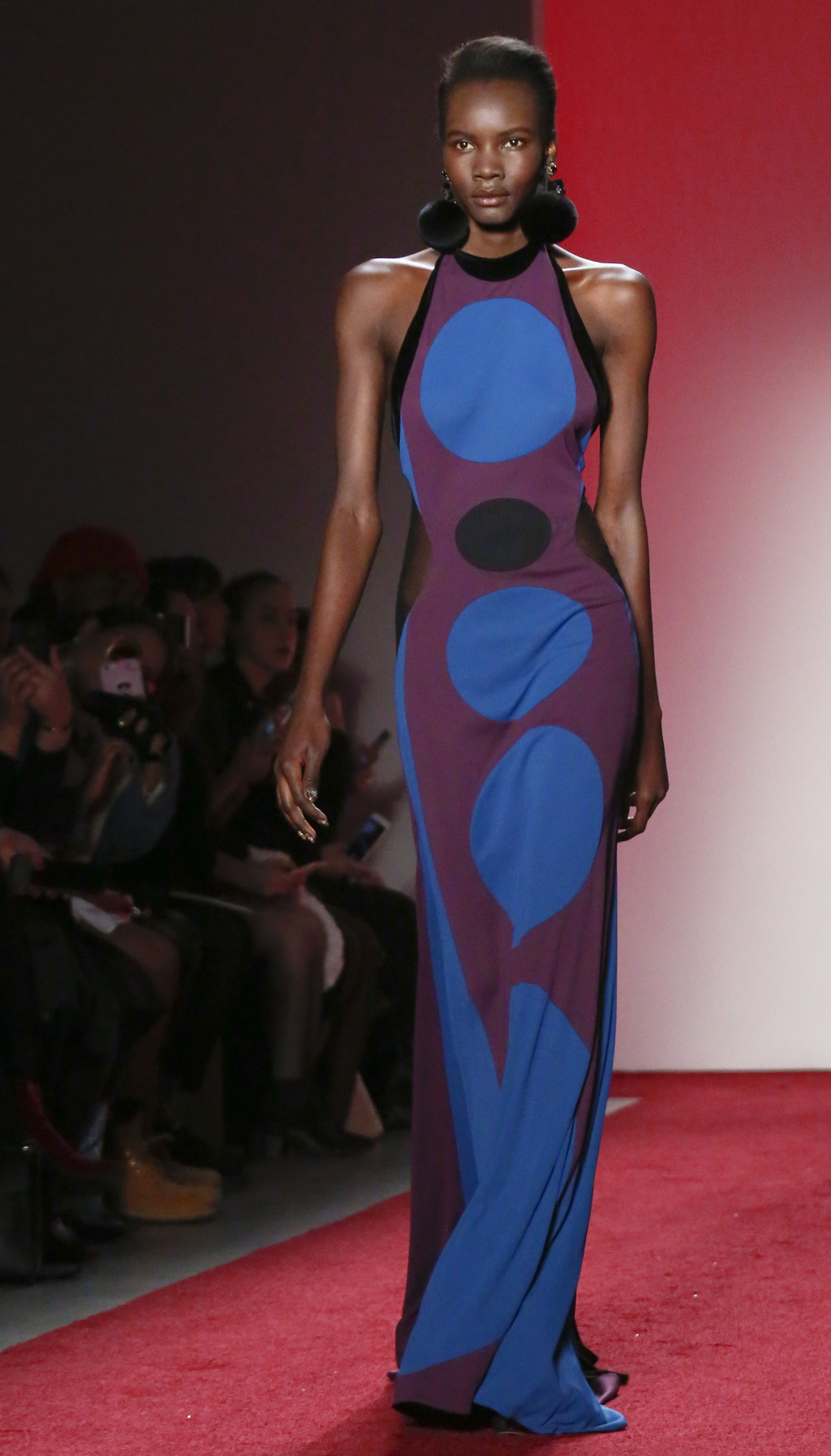 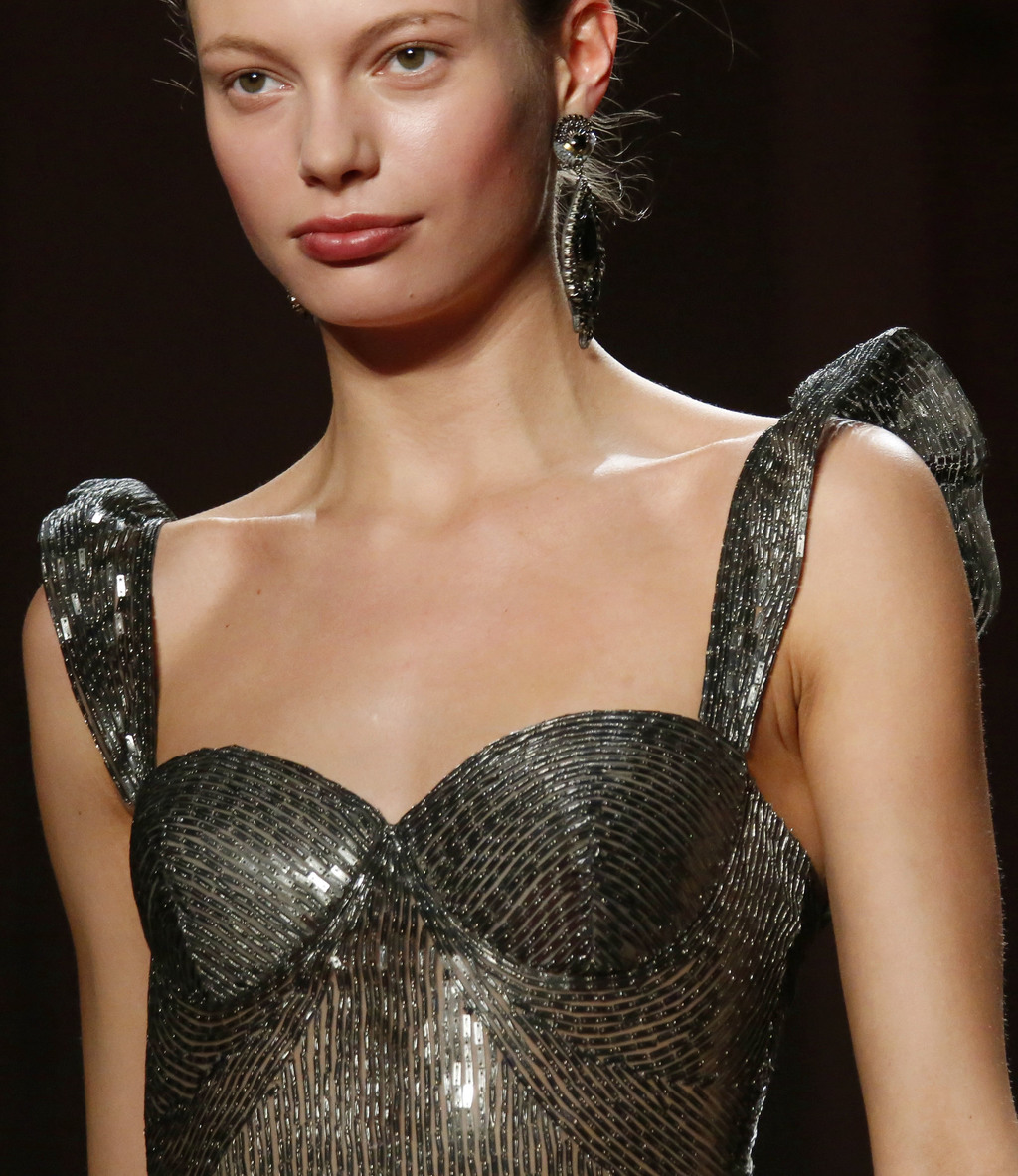 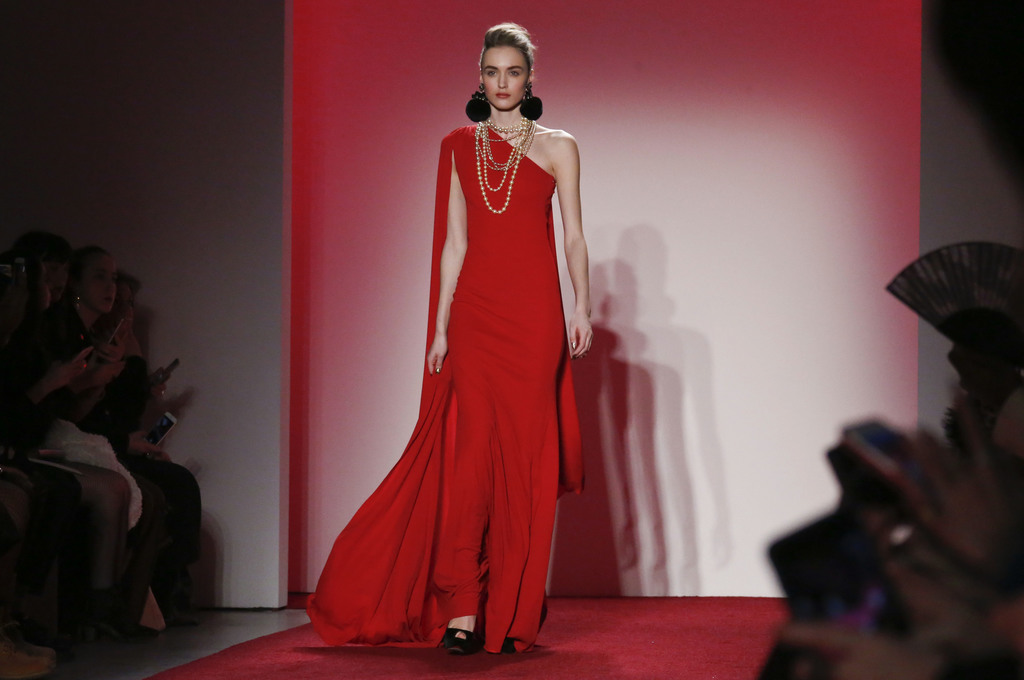 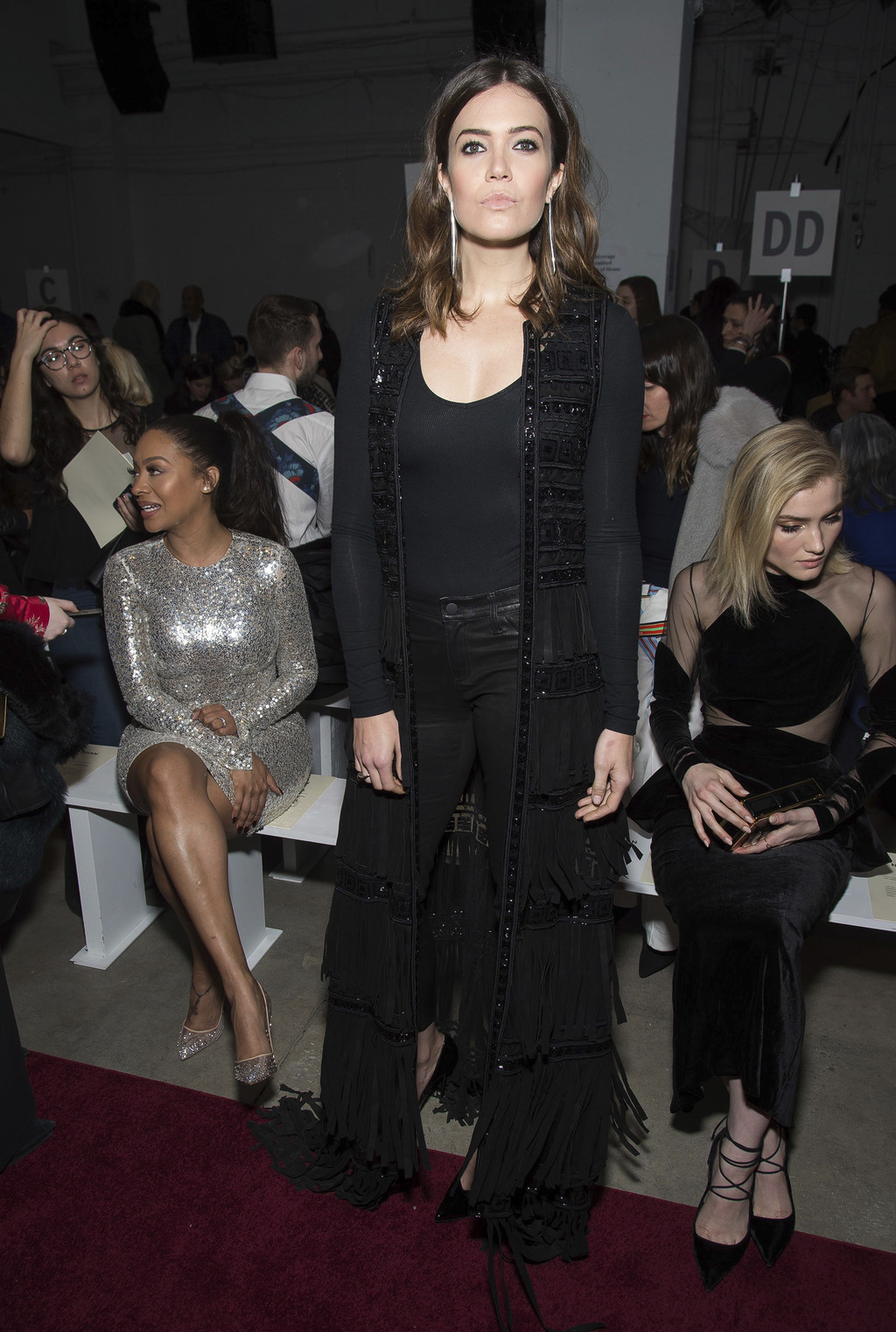 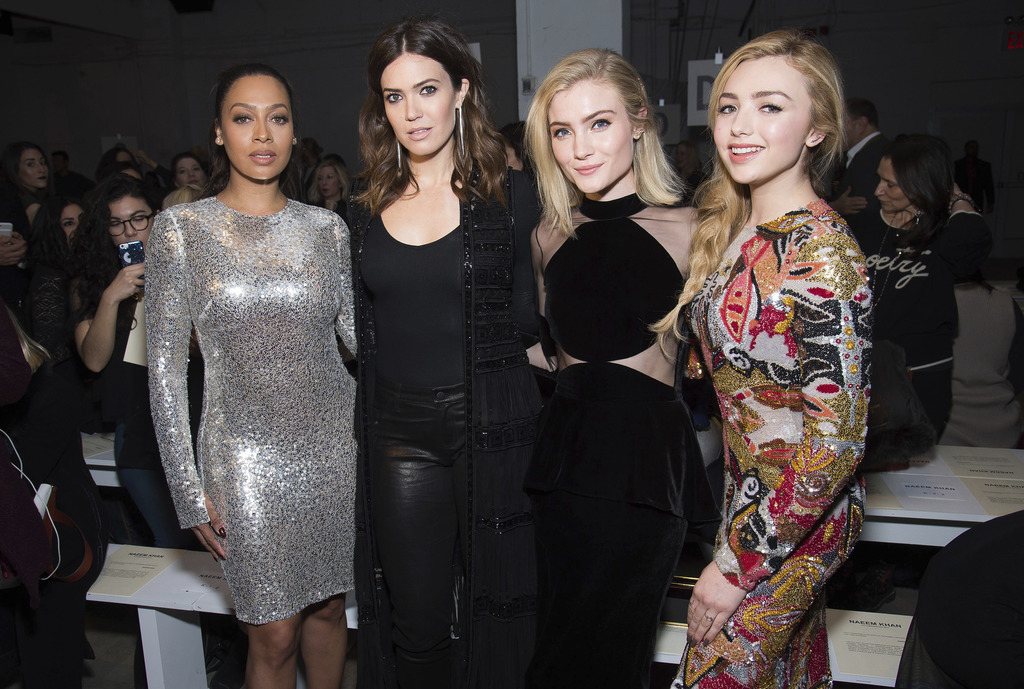 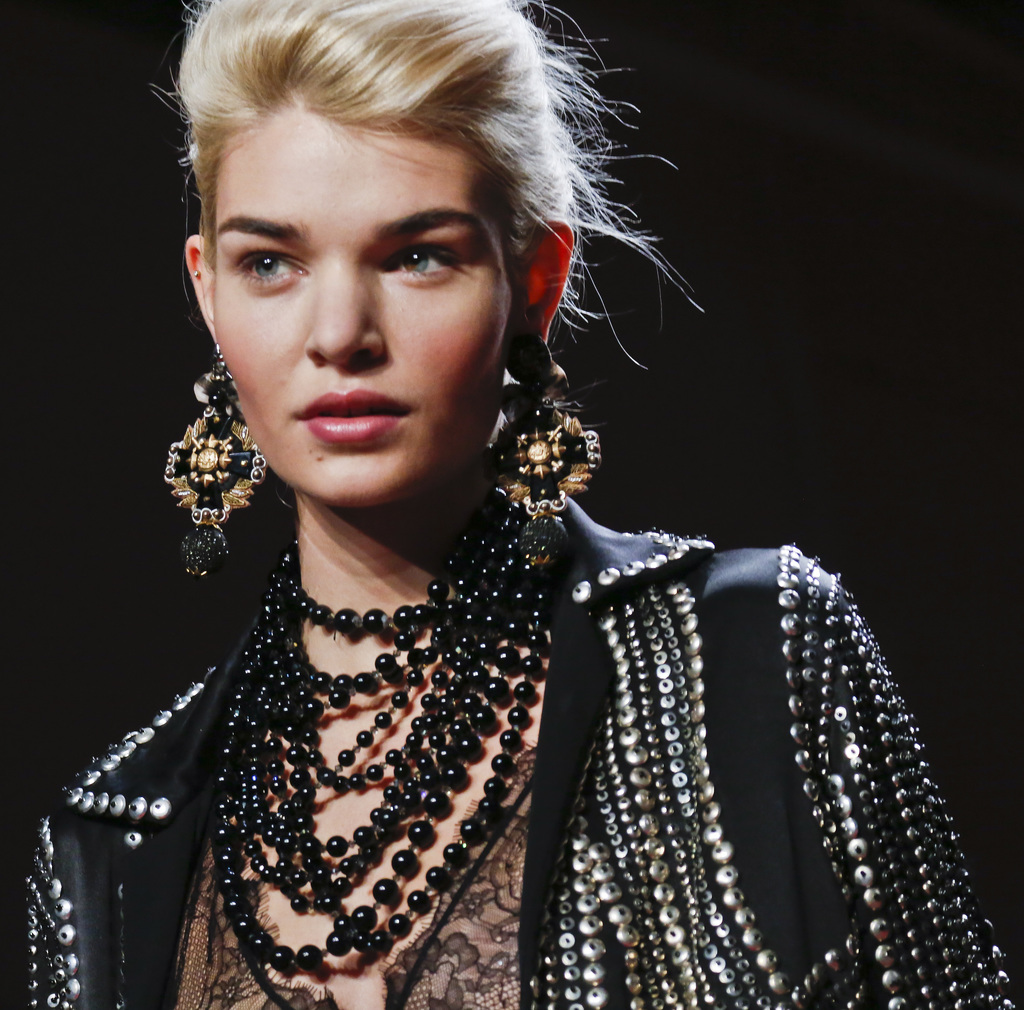 NEW YORK (AP) — This Fashion Week, designers have come up with widely varying ways to comment, either overtly or not, on the nation's political situation. Naeem Khan decided to use poetry.

As the final design made its way down the runway on Tuesday — a grand, glistening, golden bridal gown, with a gold floral crown and a cascading veil with a black-and-gold train — the soundtrack played Maya Angelou reading her poem, "Human Family."

"The variety of our skin tones can confuse, bemuse, delight, brown and pink and beige and purple, tan and blue and white," the poem reads in part.

It closes by saying, three times: "We are more alike, my friends, than we are unalike."

"You look at the fashion business, it drives the economy of our country," said Khan, who was born in India and is a U.S. citizen. "It's the third or fourth largest business in America. You cannot have a business so big and have a travel ban."

He added: "You look across all the designers ... we bring diversity. And we make business by being all together to create newness mixed with volume mixed with so many amazing, beautiful things that come from different parts of the world. So we cannot have a travel ban. Especially if it's confined to one community. I mean that is absolutely not acceptable because that's not our Constitution."

Khan was a favorite designer of former first lady Michelle Obama, and famously designed the shimmering gown she wore to the India state dinner — her first.

There were plenty of equally shimmering gowns at Tuesday's runway show, including a few striking Deco-inspired looks — in gold metallic thread, or sequins. Khan also showed flouncy party dresses in tea length; a silvery sequined dress with ruffle straps and a peplum detail looked like almost like a very chic suit of armor. Embellishment was still key; Khan said he had experimented with new types of embroidery and placing sequins at different angles, to create texture and catch the light.

The collection began with somewhat more casual looks, part of an effort by Khan to expand more into daywear — animal print coats, print dresses, or a beaded jacket over drawstring pants. In an especially bright ensemble, high embroidered boots matched the embroidery on the dress, for shoulder-to-toe color.

"The inspiration was this larger-than-life woman who is my client, who is all the women I dress," Khan said. "There are women across the world who wear my clothes, so how do I take different art from different parts of the world in today's climate to show ... diversity and beauty? This is the collection."

Among the guests was actress Mandy Moore, star of TV's "This Is Us." She opted against a dress, given the weather, and wore one of Khan's beaded, full-length vests.

"I just have been introduced to Naeem's stuff," she said. "I wore one of his dresses to the Golden Globes this year and was floored by how empowered I felt."