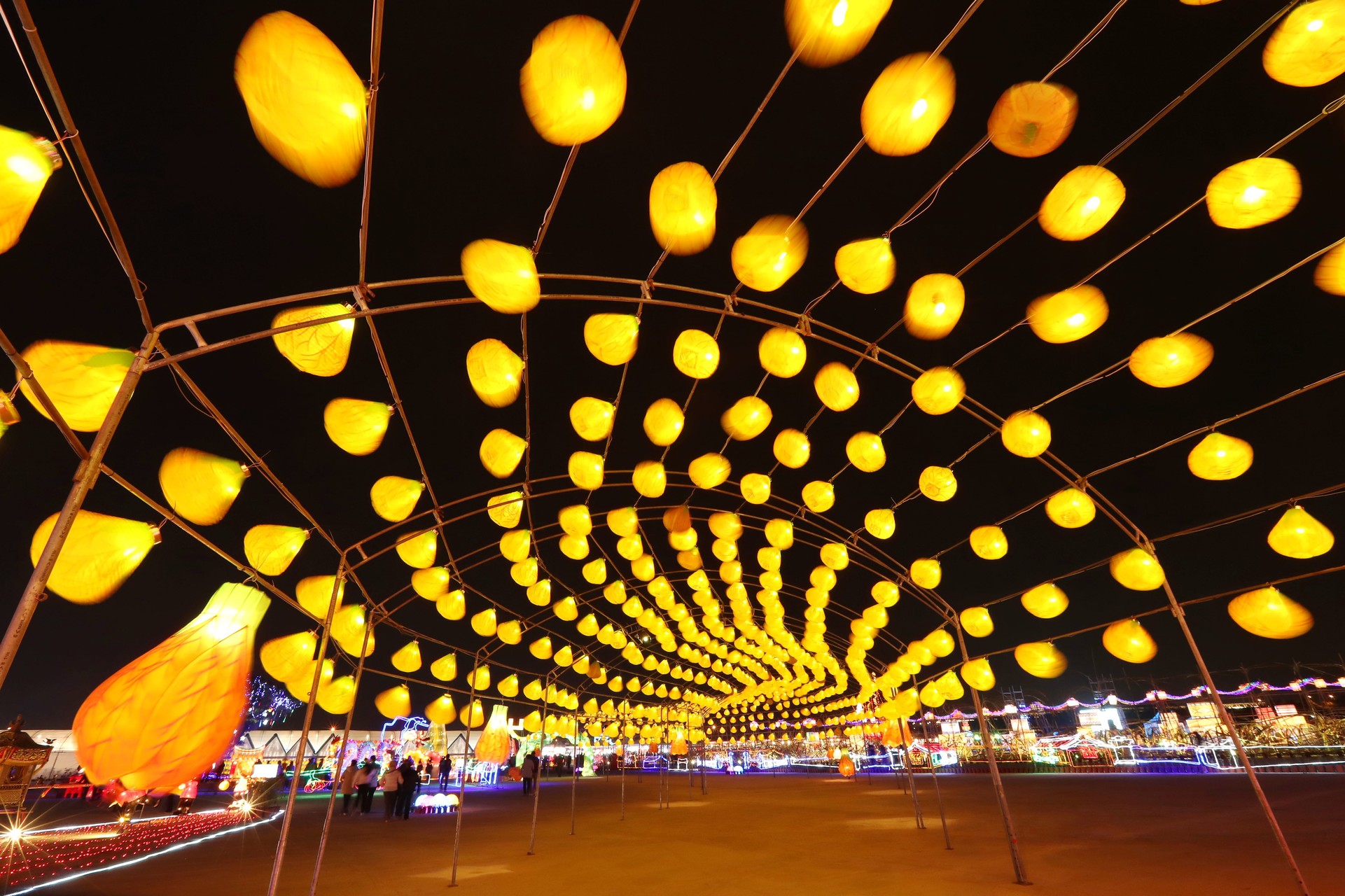 President Tsai Ing-wen (蔡英文), Premier Lin Chuan (林全) and Yunlin Magistrate Lee Chin-yung (李進勇) lit the central theme lantern, a 23-meter high phoenix, symbolizing the ushering in of a new era. Tsai said she was happy to see that despite the recent cold spell people were still eager to attend the festival. The festival will take place at the a 40-hectare main lantern area in Huwei from Feb 11 to Feb 19 and at a supplementary 10-hectare site in the Beigang lantern area from Feb 7 to Feb 1, and the slogan for this year's event is "Auspicious Rooster Soars Among the Clouds." The festival theme "Lantern Festival blended into the City" will feature 19 light-themed and decorated areas to connect the Lantern Festival with Yunlin County. These areas will lead visitors through Yunlin (Huashan) Gukeng Coffee Park, the winter corridor with blooming red cotton trees and the wetland fishing village, among others. The main lantern area is located between THSR Yulin Station and the Agricultural Expo Ecological Park.

With more than 3,000 lanterns in a combined area of 50 hectares, it is the largest lantern festival in Yunlin's history and the largest in Taiwan for many years. The Tourism Bureau began in 1990 in Taipei and has rotated through counties since 2001. According to organizers, "it is a series of activities that showcase the LOHAS spirit, hometown nostalgia, traditional arts and crafts, and prayer for happiness and safety in the new year." As for the Beigang venue, the township is known as the "Hometown of Lanterns" in Taiwan, since the first Taiwan Lantern Festival was held right here in 1965. Besides the fascinating electric lanterns, there will also be a light show at Beigang Chaotien Temple to showcase local folklore, building techniques, history and culture. The Tourism Bureau estimated that more than 10 million visitors will attend the 2017 Taiwan Lantern Festival. All images courtesy of the Taiwan Tourism Bureau.