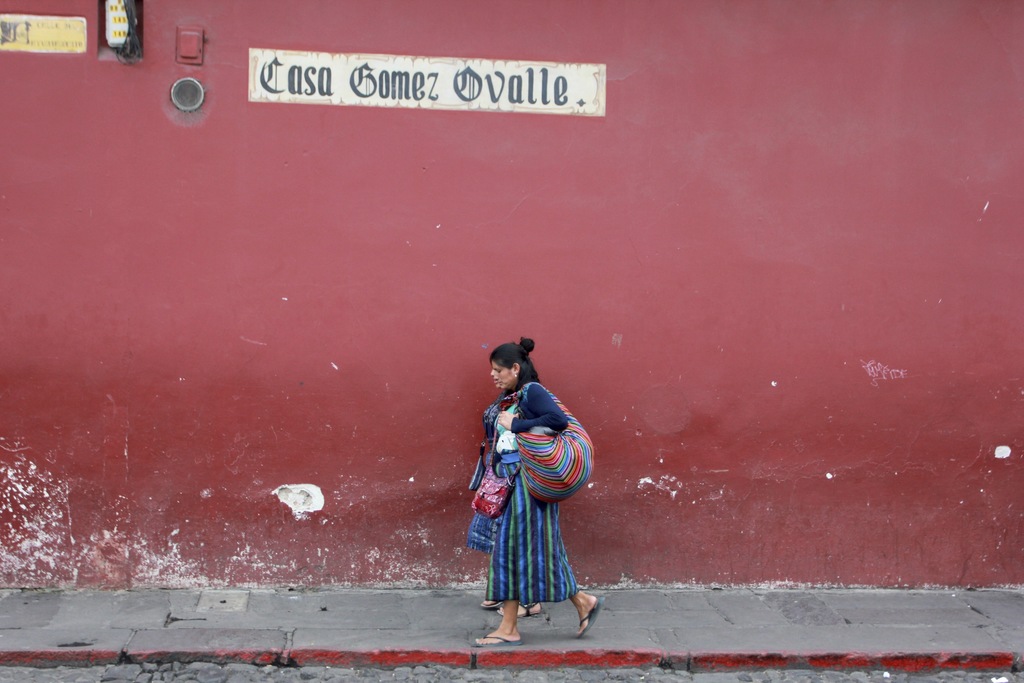 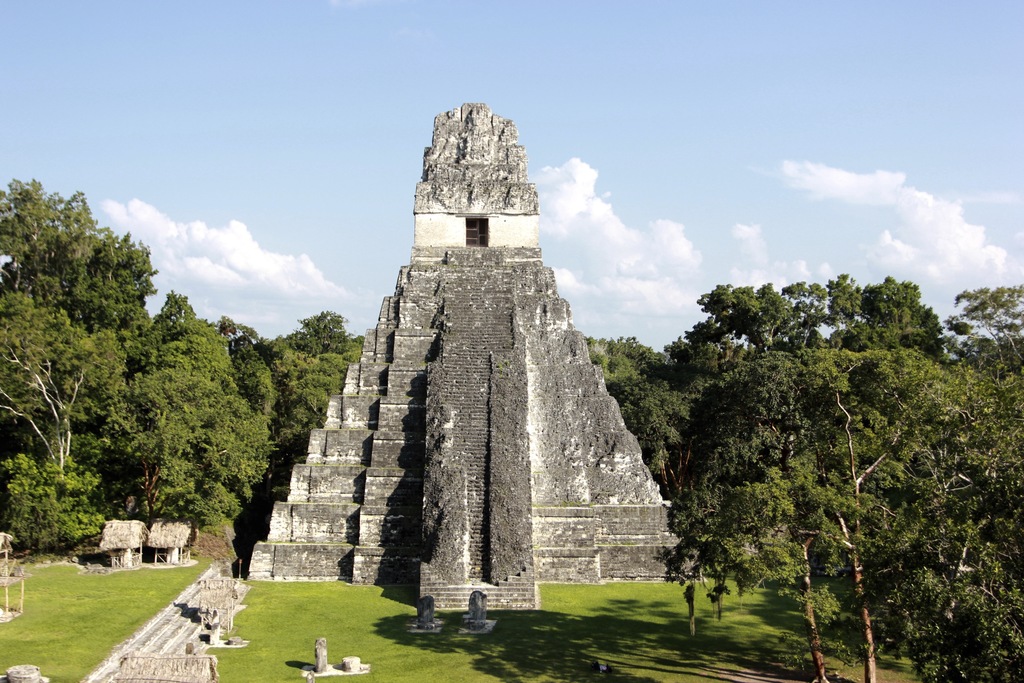 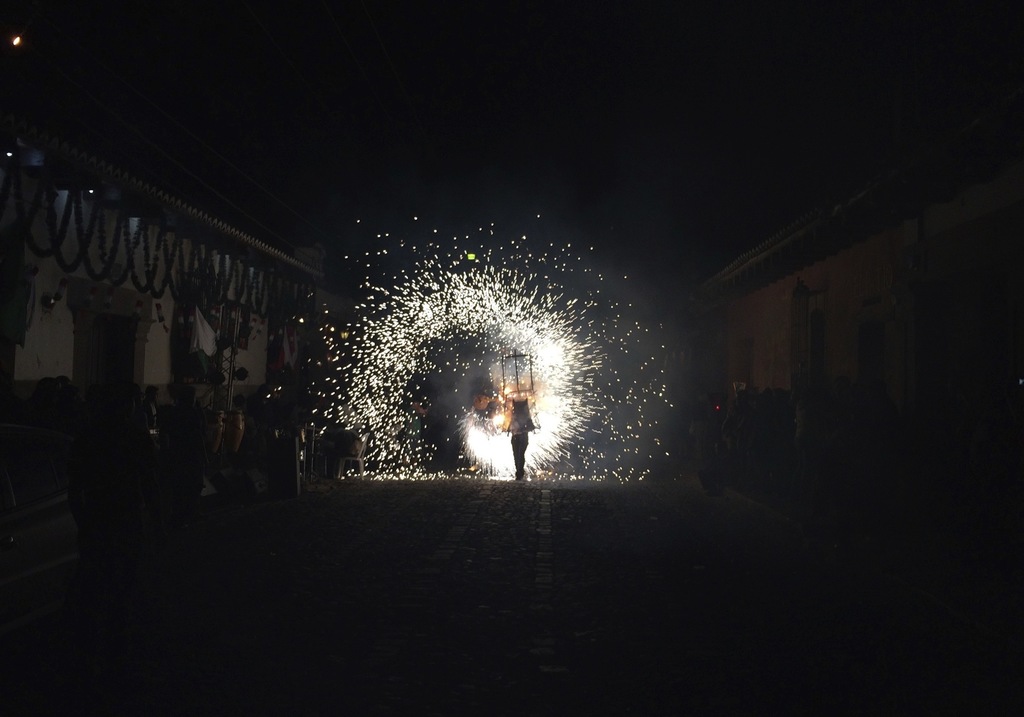 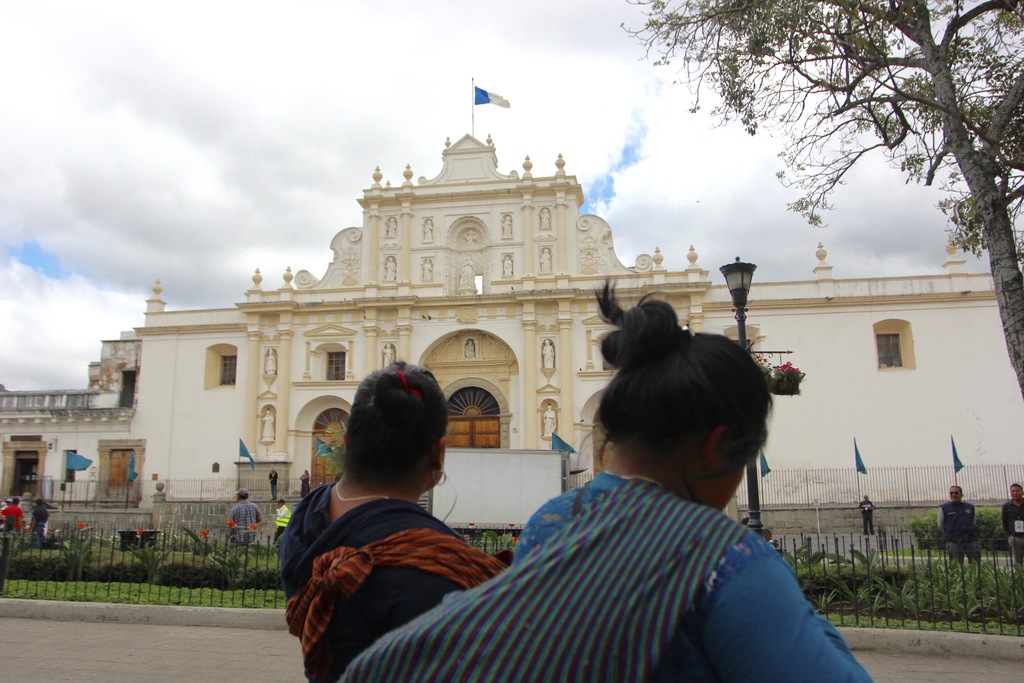 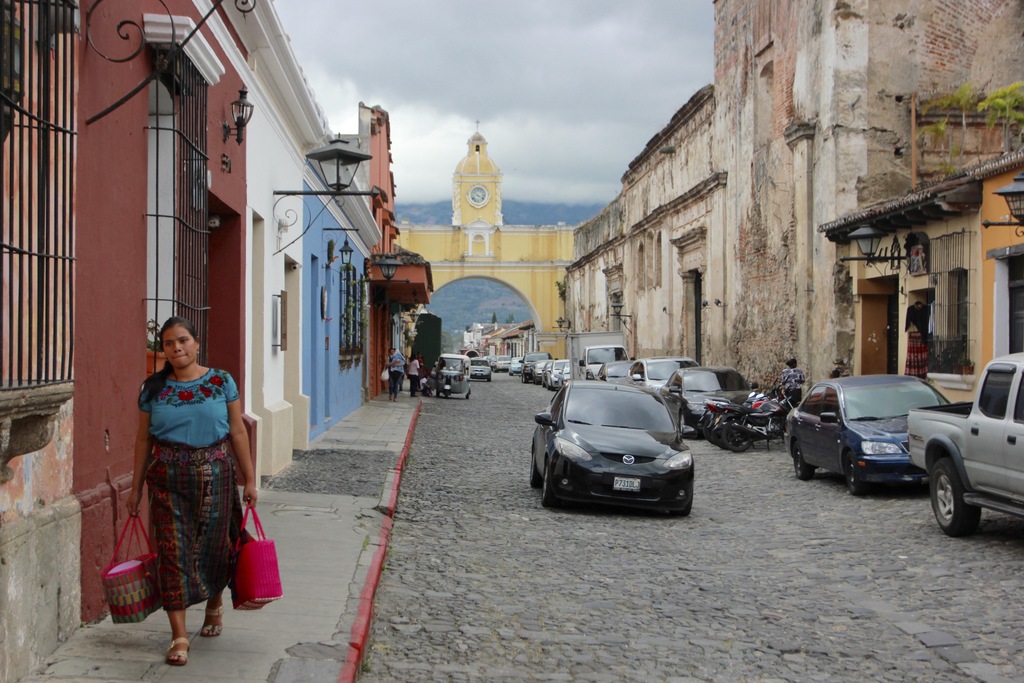 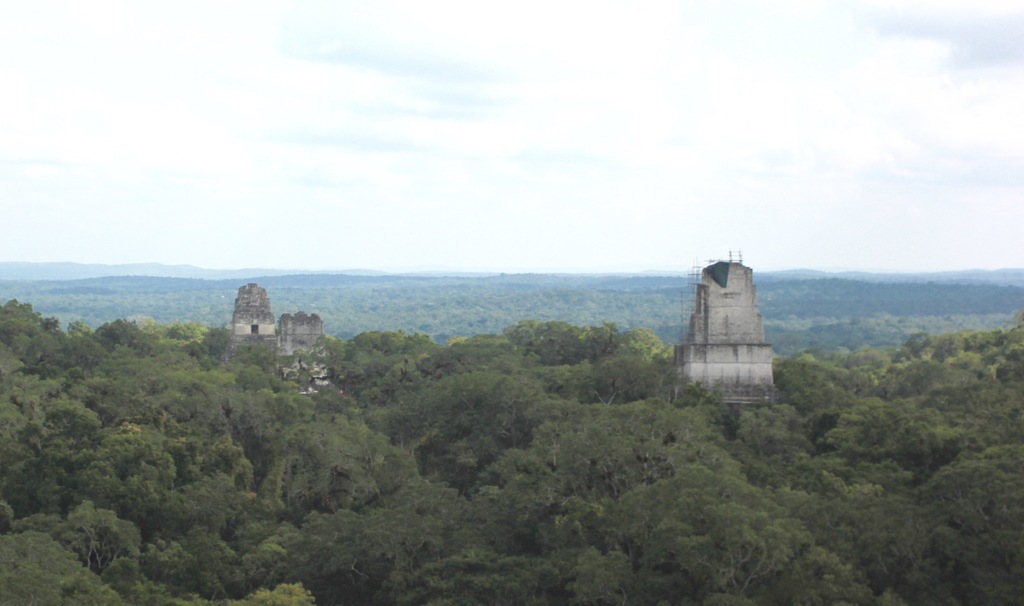 GUATEMALA CITY (AP) — My childhood home is gone and so is the Chinese restaurant next to it. But my street in the urban center of Guatemala City remains its bustling old self.

Buses growl and spit exhaust. Cars race down the narrow one-way street. Stores sell everything from wedding gowns to candy. But the paint is worn away from some of the buildings, a sign that the years have taken a toll.

I left this street in the gritty Zona 1 neighborhood more than 20 years ago as my family moved north to the U.S. Eventually we settled in Seattle, the city I now happily call home. A recent trip back — my first in five years — was to see relatives and show my girlfriend the country where I spent my first decade. I wanted to show her Guatemala's contrasts: its chaotic center, its poverty and misery, as well as the beauty of its people, its historic grandeur and natural splendor.

I needed to see it again too.

We visited my childhood street just long enough to snap pictures, then headed out. While a pilgrimage to my hometown was important for me, I usually tell first-time visitors to Guatemala to skip the capital city and head straight to Antigua Guatemala. It's reachable from the Guatemala City airport by shuttle (about $30) or taxi (prices vary but we paid $50). The ride is 45 minutes to two hours depending on traffic.

Antigua was established in 1543 as the Spanish territorial capital. After a series of earthquakes, it was largely abandoned, then rebuilt. Its charms include grand colonial buildings and churches, large markets, cobblestone streets, vibrantly painted buildings, traditional and high-end restaurants, bars and even a microbrewery, perfect for visitors like me from the beer-loving Pacific Northwest. Visitors can also arrange for shuttles and guided tours to nearby coffee farms and the volcanoes that tower above the city. Volcano tours can range from a six-hour trip to two-day excursions. Two volcanoes are active and travelers can often get close to the lava flow.

There are hotels in every price range. We splurged on Porta Hotel ($140 a night), where old colonial homes have been converted into a sprawling estate with a restaurant, pool and small workout room.

The city fills up for celebrations of Catholic holidays, including elaborate processions during Holy Week between Palm Sunday and Easter.

Guatemala has just a sliver of coast on the Caribbean. But on the Pacific side, there are miles of black sand beaches that fade into powerful surf.

Among the closest beaches to Antigua is Monterrico, a small and sleepy town about 2.5 hours away. Daily shuttles from Antigua are around $20. We rented a small automatic car for $40 a day.

The beach was lined with homes, medium-sized hotels, hostels and restaurants. Our hotel, Cafe Del Sol, was split into a beachfront building with some small rooms, a restaurant and bar, and a larger complex with bigger rooms and two pools. Our room ($60 a night) was simple, spacious and air-conditioned. We mostly lounged in hammocks and braved the waters, though they are rough and best suited for experienced swimmers.

I wanted my return to Guatemala to jumpstart a new chapter in my life. I knew the place for it, too: Tikal National Park in northern Guatemala.

We opted for a 40-minute flight there for $230. The bus from Guatemala City is cheaper but takes over eight hours.

There are group tours and private tours. We hired a private guide for about $90. The site is in the jungle, so visitors should bring water, though various stands sell beer, water and snacks. Guatemala is also in the zone for mosquitoes carrying the Zika-virus, and insect repellent didn't completely ward them off in Tikal or at the beach.

Among the sights we witnessed was a chicken sacrifice performed by an indigenous group.

As the excavated ruins of a once-grand Mayan city-state, Tikal displays the brilliance of my ancestors, with towering temples, government buildings, housing for the ruling class. Its leaders maintained power through violence and by keeping its people well-fed. Our guide explained that deforestation likely contributed to the disappearance of this mighty civilization, because Tikal's rulers razed the forest to build the stone temples.

The park's central plaza is flanked by two temples. You can climb wooden steps to the tops of two of them, one at the grand plaza and another, called Temple IV. A shot from "Star Wars: A New Hope" was filmed here, depicting the planet where the Rebellion is based.

From the top of the temple, we could see the jungle, seemingly endless, stretching to the horizon, with the temple tops visible above the green canopy of trees. The sounds of birds and other critters filled the air. The setting sun painted the nearly cloudless sky a light pink.

I chugged the last of my lukewarm beer and decided this was the place — as a tourist in the motherland — to ask my girlfriend to marry me. She said yes, and a new chapter began.

Manuel Valdes can be reached at http://twitter.com/ByManuelValdes