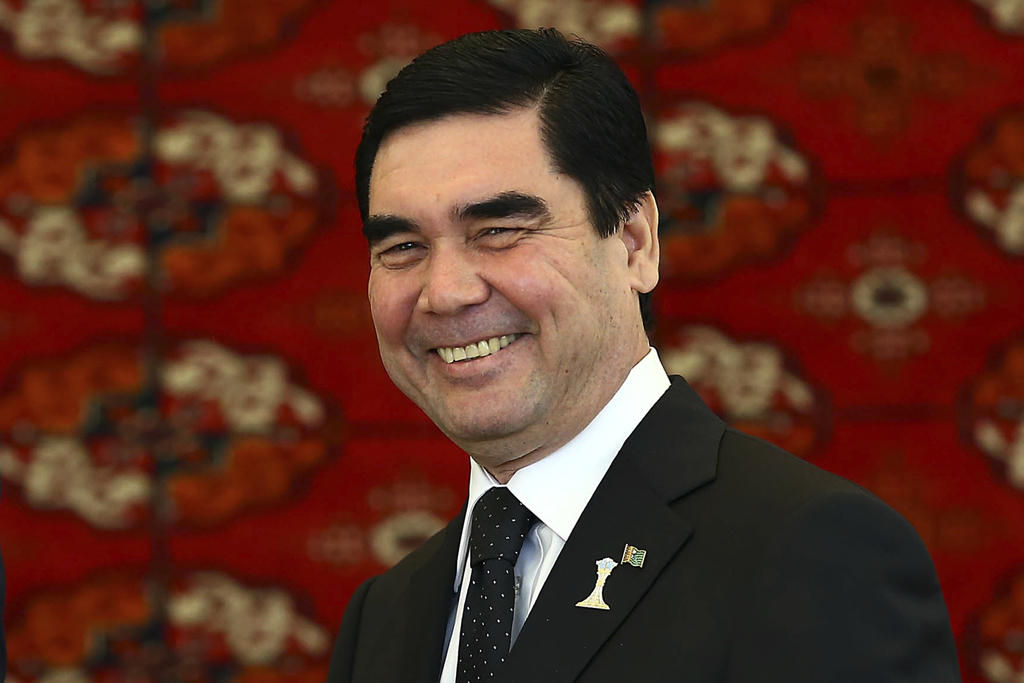 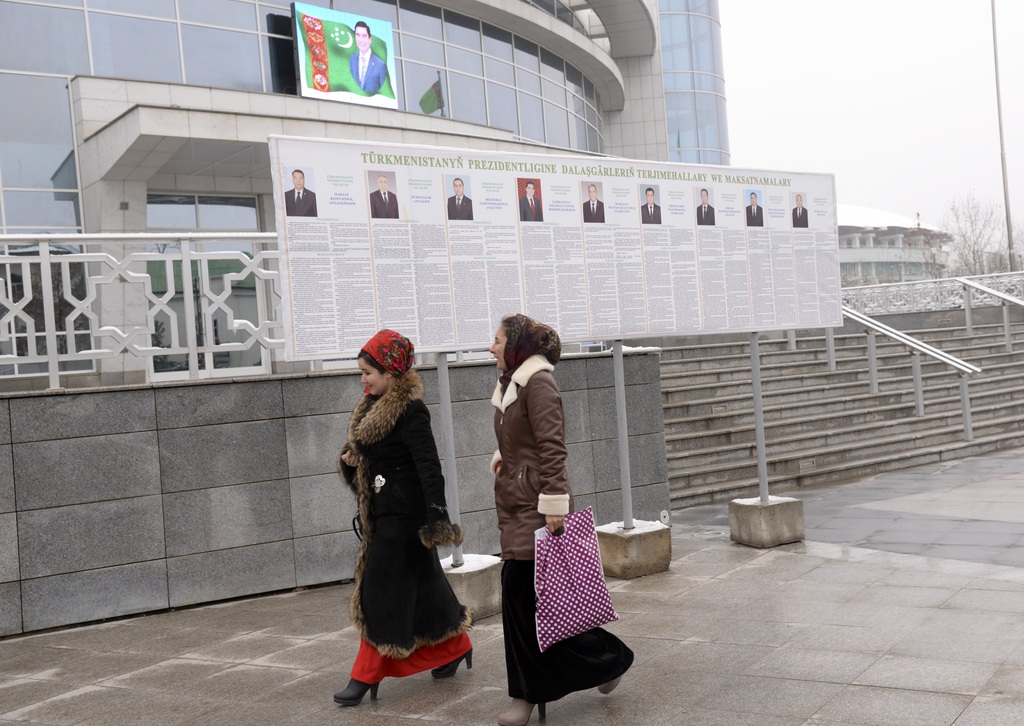 ASHGABAT, Turkmenistan (AP) — The authoritarian president of Turkmenistan is set to sail to victory in Sunday's election where eight other candidates are on the ballot, but all praise his polices.

President Gurbanguly Berdymukhamedov has been the overwhelmingly dominant figure in the former Soviet republic since late 2006, when he assumed power after death of his eccentric predecessor, Saparmurat Niyazov.

Berdymukhamedov has made small reforms of the single-party system imposed by Niyazov and some aspects of the latter's cult of personality, which included naming the months of the year after his family members and mandating all schoolchildren read his book of philosophical musings.

Some of Niyazov's more notoriously odd initiatives, such as banning opera and gold teeth, also were rolled back. Notably, Berdymukhamedov expanded public access to the internet and increased compulsory education from nine years to 12.

Under Berdymukhamedov, a law was adopted to allow non-government parties, although these parties are strictly vetted. The candidates nominally competing with Berdymukhamedov have been allowed to meet with voters in theaters and cultural centers, but the encounters were not televised and no debates were held.

The country last year amended the constitution to extend the presidential term to seven years from five, and eliminated the age limit of 70, effectively allowing Berdymukhamedov to be president for life.

Meanwhile, Berdymukhamedov has established a considerable personality cult of his own.

He is regularly shown on state media successfully acquitting himself in a wide array of physical and competitive disciplines, such as horse-riding, racing cars, cycling, sailing and lifting weights. More recently, the president has taken up music with gusto, on occasion regaling wildly applauding crowds with performances on the guitar and piano.

State television reported on how during a pre-election visit to a gas refinery last month, Berdymukhamedov watched as workers serenaded him on a severely out-of-tune guitar. Later, the president was shown strumming the same guitar — now properly tuned — and performing a song of his own composition as workers clapped along.

Authorities in Turkmenistan have secured quiescence among the country's 5 million people through a combination of authoritarianism and generous welfare subsidies, like free household gas and salt. But the state's ability to dispense that largesse has come under intense strain as the price for natural gas — Turkmenistan's only significant export commodity — has plummeted.

Until a few years ago, Turkmenistan could count on selling gas to China, Russia and Iran. Russia and Iran have recently stopped buying the fuel, however, following pricing disputes. Turkmenistan is placing strong hopes on an ambitious plan to build a gas pipeline serving Afghanistan, Pakistan and India, but construction so far is underway only in Turkmenistan.

The economic crisis triggered by the collapse in gas revenue has led to devaluation of the national currency, the manat, and shortages for many staples including cooking oil and sugar. Because of the intense secrecy which the government imposes on economic data, there are few ways of being certain about the depth of the problem.

Jim Heintz in Moscow contributed to this story.