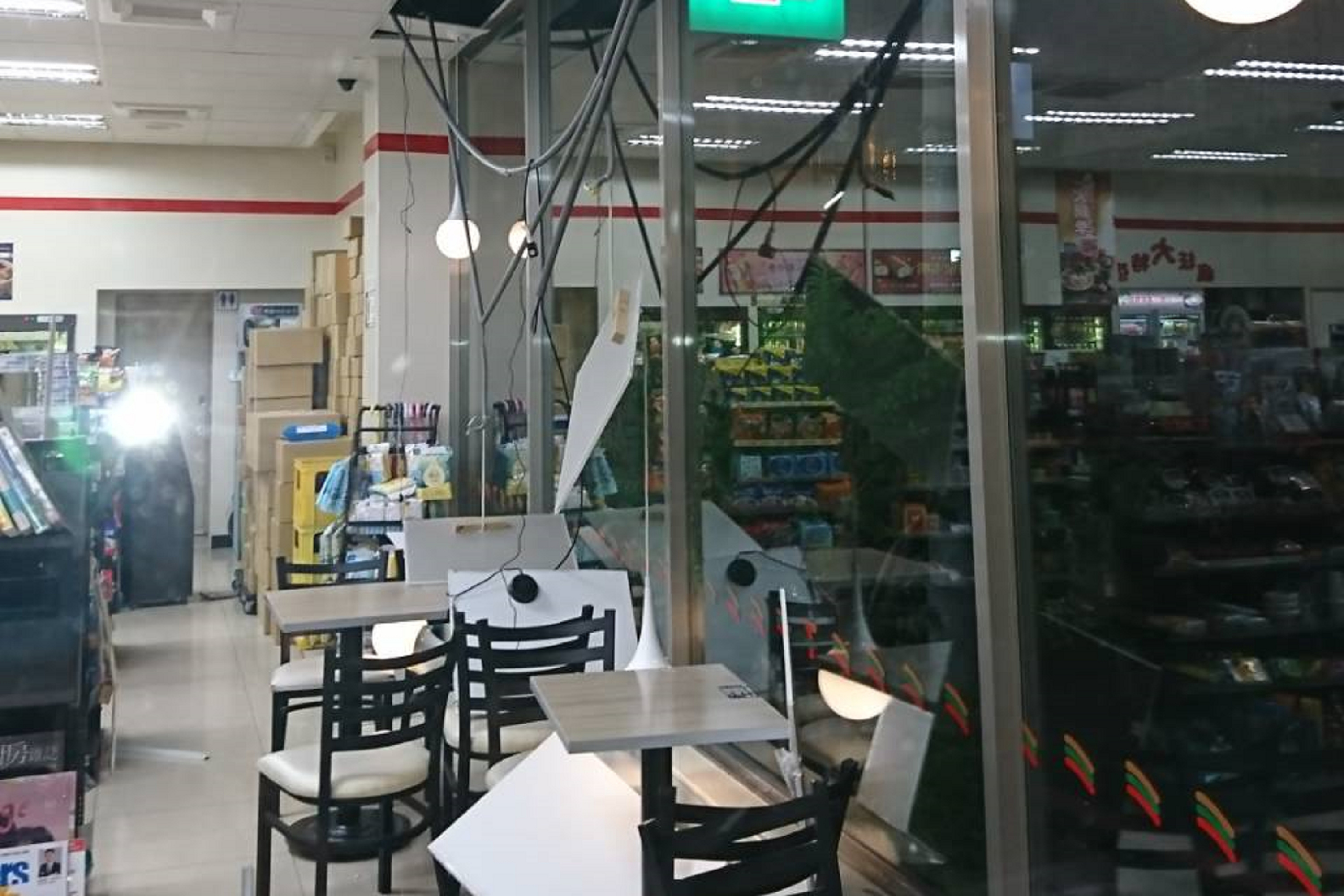 TAIPEI (Taiwan News) - An earthquake measuring 5.6 on the Richter scale struck 12.2 kilometers southwest of Tainan City on Taiwan's southwestern coast at 01:12 a.m. on Saturday. The nighttime quake occurred at a depth of 18.4 kilometers, making it a very shallow one, according to the Central Weather Bureau (CWB).

The quake was felt across central and southern Taiwan. The strongest intensity was felt in Tainan city at level 6, while Kaohsiung City reported level 4 intensity. In central Taiwan, an intensity level of 3 was felt in Chiayi City/County, Yunlin County and Changhua County.

No injuries were reported at the time of publication. There's only minor damage to some grocery stores in Tainan.

A year ago, a magnitude 6.4 earthquake rocked southwestern Taiwan at 03:57 a.m. on February 6, 2016, claiming 117 lives, mostly from the collapse of the Weiguan Jinlong residential complex in Tainan City. Local residents said on the social media that the latest quake triggered a vivid memory of the tragedy and a nagging sense of fear at the moment.

Tainan residents told local media Saturday that the intensity of the quake was as massive as the one happening a year ago, though the new one lasted for only around five seconds. Some scared residents ran outside the house as a precautionary measure.

Earlier, a strong earthquake with a preliminary magnitude of 6.7 jolted the southern Philippines late Friday. The U.S. Geological Survey said that it was located at a relatively shallow depth of 10 kilometers.