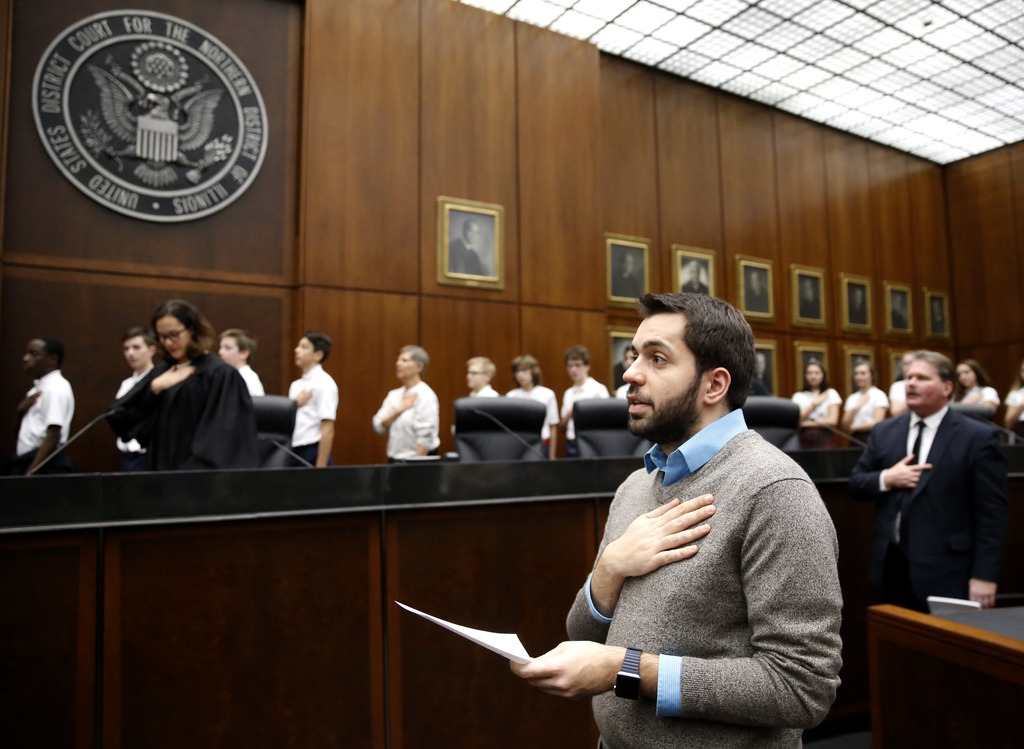 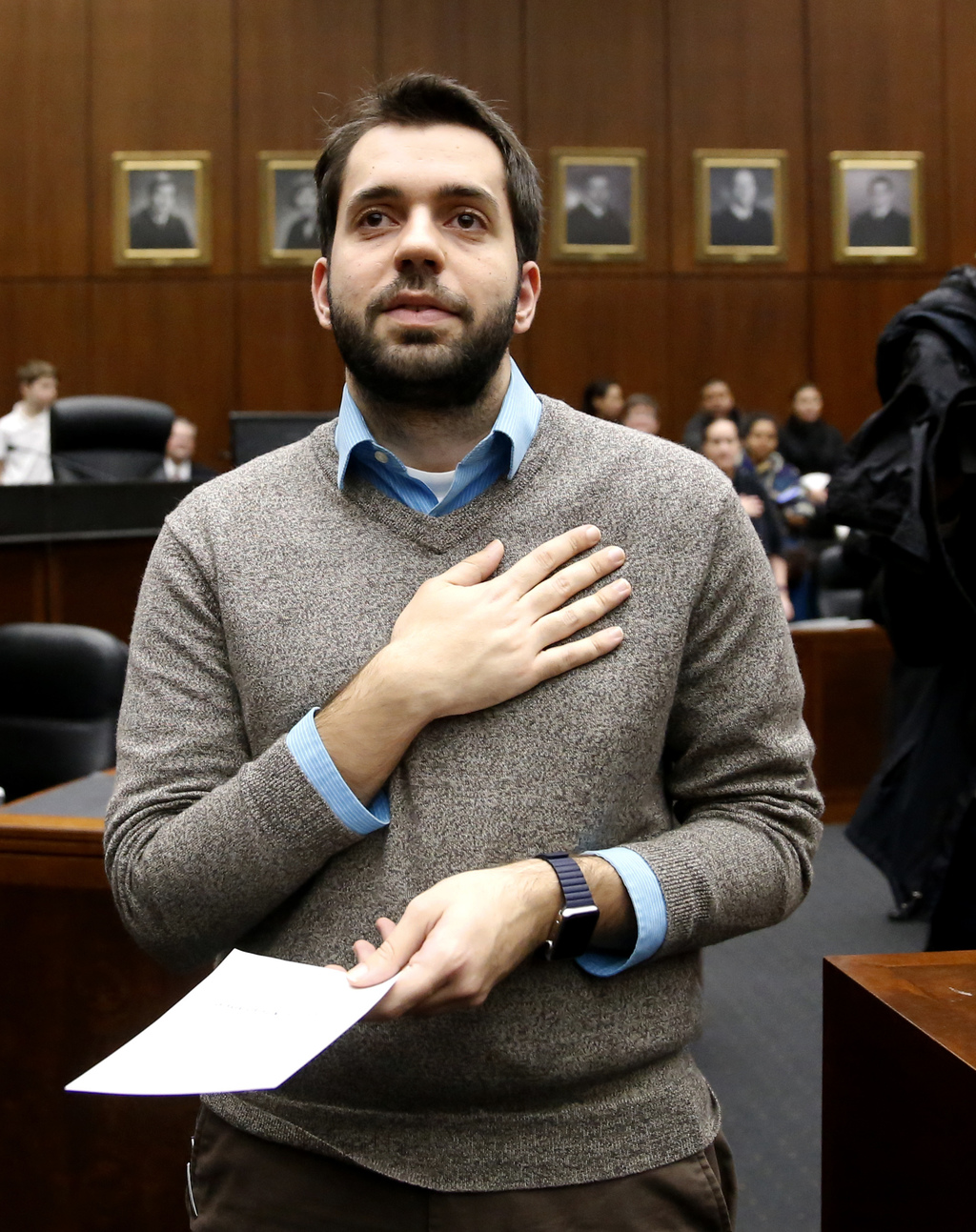 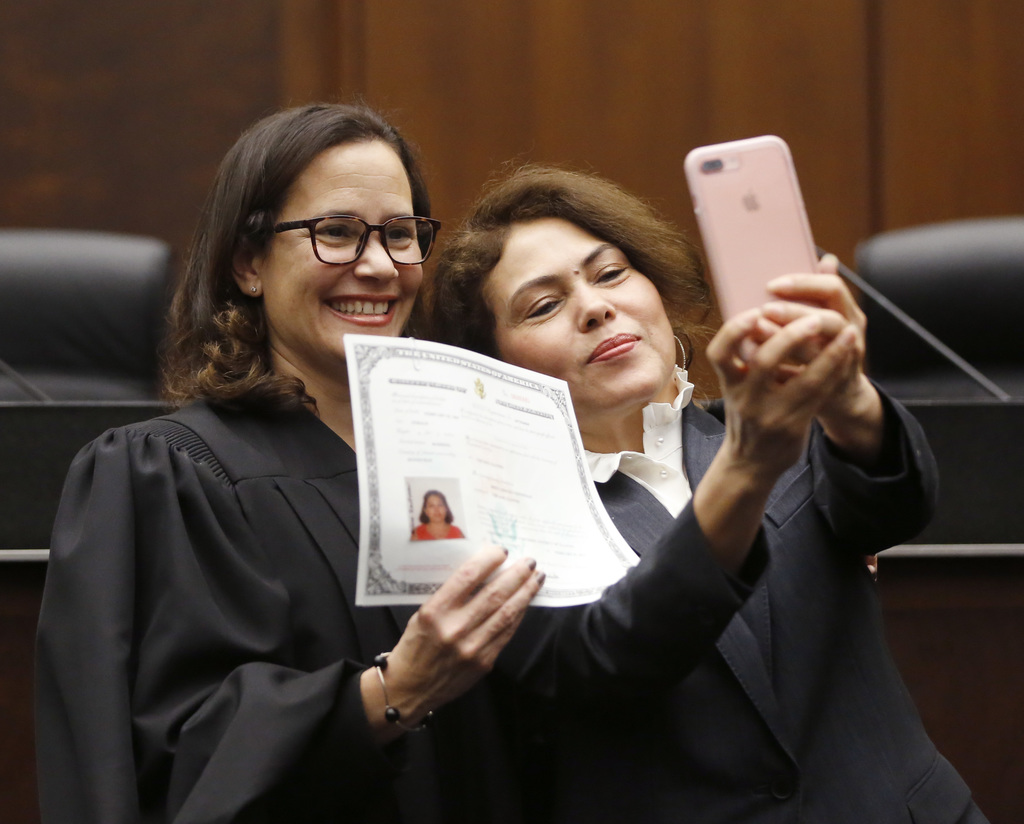 CHICAGO (AP) — Rohi Atassi was among 117 immigrants to become the newest American citizens during a Chicago naturalization ceremony, but the Syrian dentist stood out among his peers.

The 29-year-old was unexpectedly asked to lead immigrants from 37 countries in reciting the Pledge of Allegiance. Federal Judge Sara Ellis, who oversaw Tuesday's ceremony, asked for a Syrian volunteer after delivering an impassioned speech about the difficulties immigrants face.

"I'm very happy that a Syrian who just became an American had a chance to lead the pledge," he said.

He and his family have been on edge the last few weeks as he's had friends detained at airports because of the executive action, which is undergoing legal challenges. He was left wondering if his citizenship would be approved and questioning how he'd travel. His family members have mixed citizenship status: His mother is a naturalized U.S. citizen, his father has a green card and his fiancee is U.S. born with Syrian roots.

Atassi, who's had a green card for a decade, has watched his birthplace of Aleppo destroyed by years of war.

"The Syrian people are already victims," he said. "All these people are running from terrorism."

During the ceremony, Ellis talked about her own experiences of becoming a U.S. citizen and judge. Her family is from Jamaica and she was born in Canada. Ellis was nominated to the post in 2013 by former President Barack Obama. Her office declined to elaborate on Tuesday's ceremony, saying only that she usually asks a new American to recite the Pledge of Allegiance.

As for Atassi, his first orders of business were to register to vote and apply for a U.S. passport.

"I'm allowed to participate in a democracy. I'm excited to experience it," he said, adding that he was encouraged by the supportive atmosphere of the ceremony. "When I was leaving, a few people told me, 'Congratulations, welcome home.'"