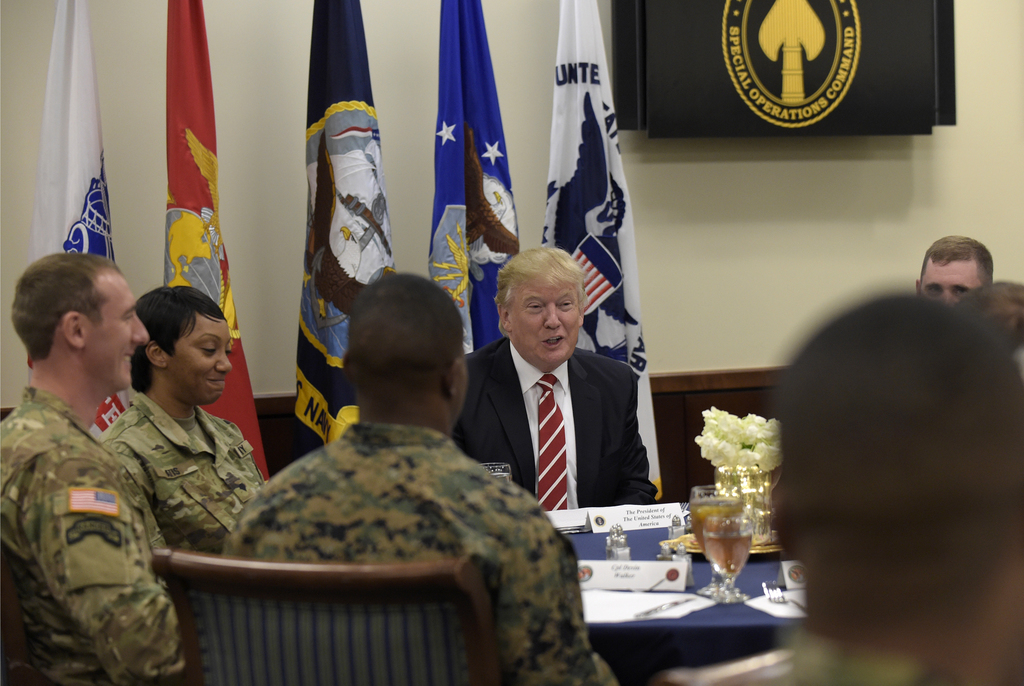 The informal proposals, obtained by The Associated Press, represent the first attempt by Trump's Defense Department to halt an erosion of the military's readiness for combat. The shortfalls outlined in the documents may provide Trump and the Republican-led Congress with a powerful incentive to strike the strict limits on military spending mandated by a 2011 budget control law.

Portions of the plans will likely be included in the formal supplemental budget for 2017 that the Trump administration is sending to Capitol Hill soon.

Top defense officials are scheduled to testify Tuesday before the House Armed Services Committee on the state of the military. They're expected to address how the fiscal caps — known as sequestration — have pushed the armed forces to a breaking point by locking them into budgets too small to address heavy demands.

The Marine Corps, arguing for $4.2 billion boost in its 2017 budget, warned that the "nation's force in readiness" will have to continue shifting money intended for new weapons to pay current bills.

"As near-peer competitors probe the limits of American retrenchment and the operational environment grows more complex, the Marine Corps of today is largely optimized for the past and sacrificing modernization to sustain current readiness," the service's budget amendment reads.

Without more money, the 2017 fiscal year — which ends Sept. 30 — "is projected to have a significant shortfall in afloat readiness," according to the Navy document.

The Army is seeking a $8.2 billion "modernization uplift" for a force of 476,000 active-duty soldiers, which is the troop floor mandated by Congress. Nearly $2.2 billion of the total would be spent on new CH-47F Chinook heavy-lift and Apache attack helicopters and 12 Grey Eagle surveillance drones. Another $400 million would go to strengthen soldier training.

Rep. Mac Thornberry, R-Texas, the chairman of the House Armed Services Committee, said Monday there is widespread agreement on Capitol Hill that sequestration needs to be eliminated. He said there is an overwhelming view that defense spending has been cut too much and added that more of the broader federal budget is under scrutiny than before.

"I think we have a great opportunity to do the right thing for the country," Thornberry told reporters. "I'm pretty optimistic that it will actually happen."