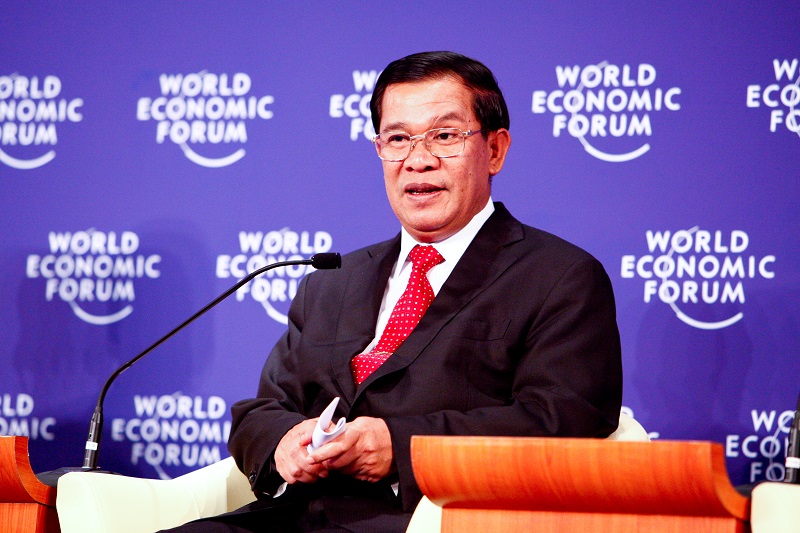 Cambodian Prime Minister Hun Sen made a public announcement at the weekend to ban the “Taiwanese flag” that represents the Republic of China across Cambodia as a gesture to show his strong commitment to the One China policy, while making clear that Taiwanese investment in Cambodia is welcome.

The prime minister told the Cambodian–Chinese Association in a speech on Saturday that the flag should not be raised in the country.

“I request to people here: Please don’t raise the Taiwanese flag whenever you are gathering, even at the hotel during Taiwanese national holidays. It is not allowed,” Hun Sen was quoted by the Cambodia Daily as saying.

The prime minister described self-ruled Taiwan as another province of China, and said that his decision to ban the flag was a continuation of Cambodia’s long-standing foreign policy toward China, according to the daily.

“We should not do anything that affects the respect of China’s sovereignty and independence through shaking hands and stepping on feet. I cannot do it,” Hun Sen was further quoted by the daily.

It’s not the first time that the prime minister has gestured to make sure that Taiwan’s official presence in Cambodia remains minimal. In July 2014, the Taiwan External Trade Development Council (TAITRA) announced that it would open an office in Phnom Penh, in a bid to increase trade and investment between the two countries.

However, Hun Sen announced he would block TAITRA from opening an office in Cambodia because of the government’s strict observance of the One China policy, despite Cambodian business leaders calling for more practical steps to boost investment from Taiwan, the daily reported.

Adopting a softer stance on business exchange with Taiwan than a couple of years ago, the prime minister said during the Saturday speech that the country’s door was open to Taiwanese investment.

According to statistics released by Taiwan’s Finance Ministry last year, bilateral trade between Taiwan and Cambodia reached about US$744 million in 2015. Taiwan’s exports to Cambodia were US$678 million that same year, while imports from Cambodia were valued at US$66 million for the year, according to the data.