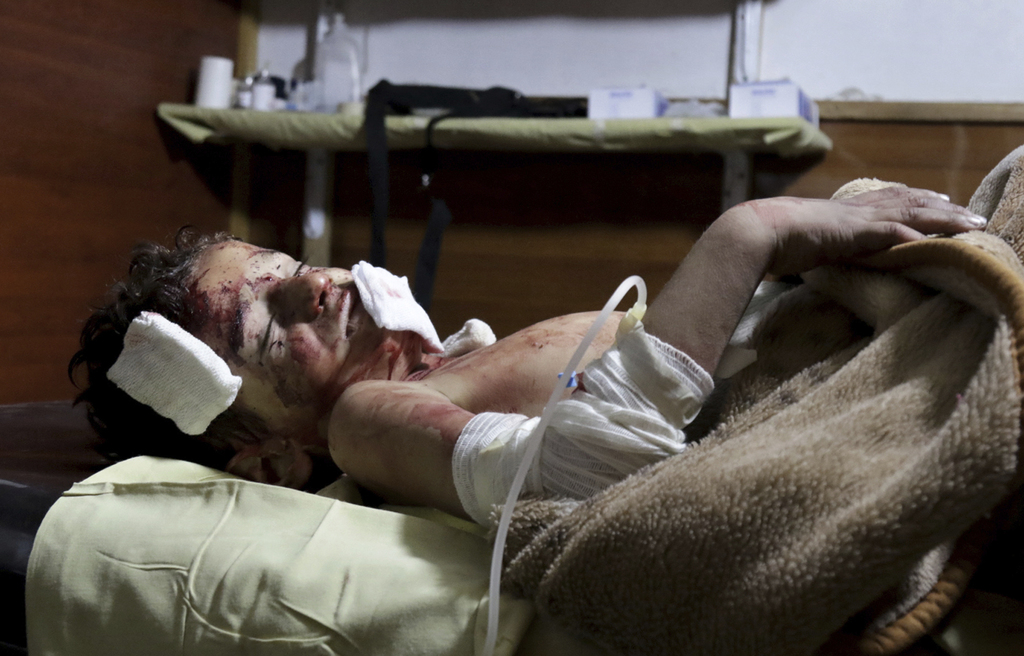 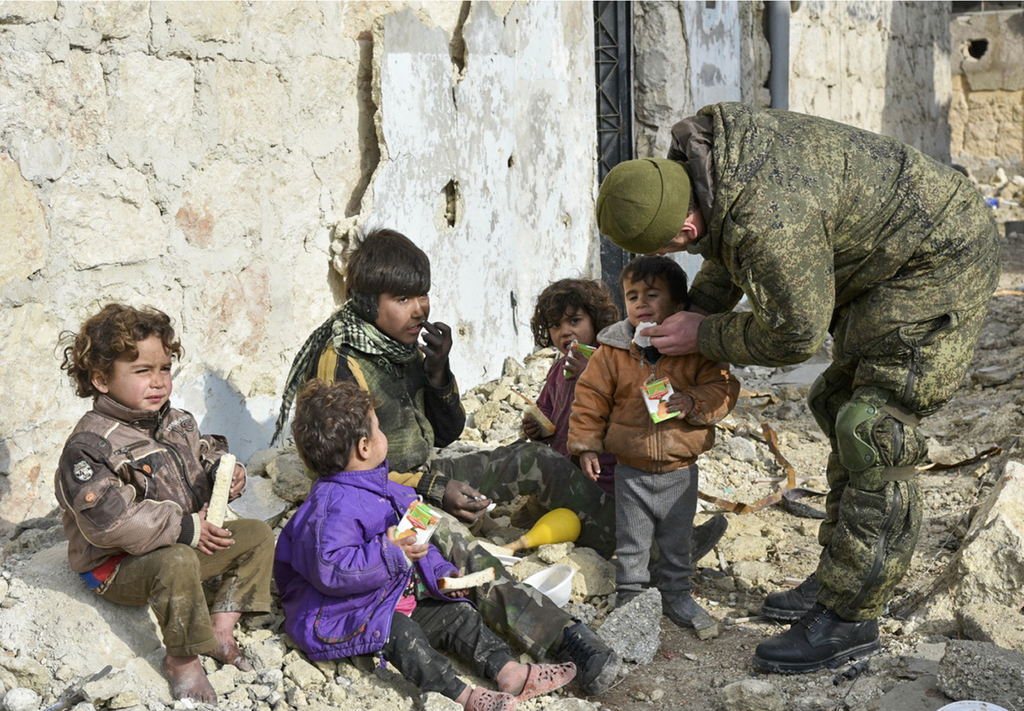 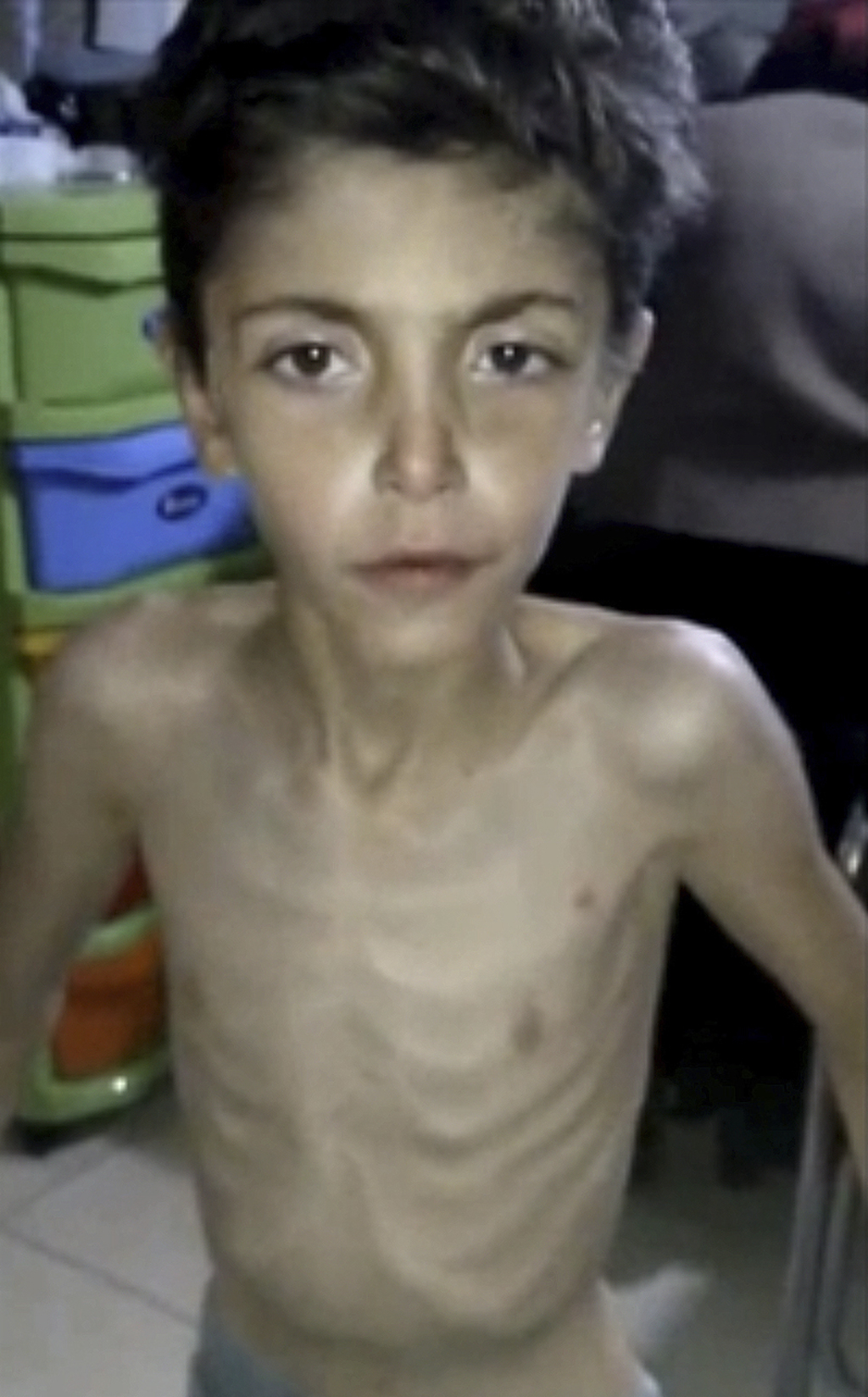 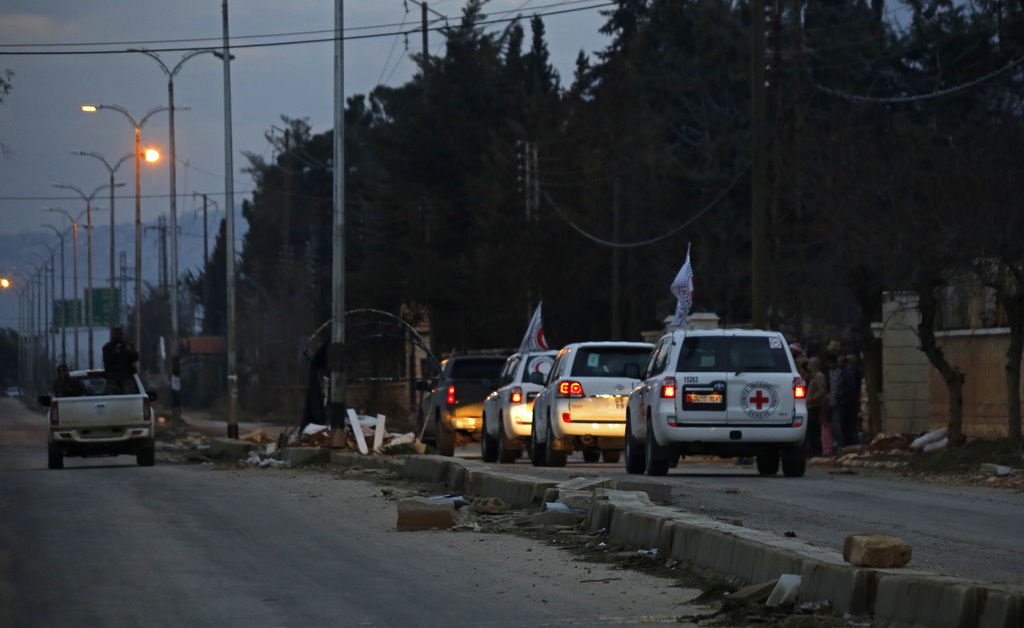 BEIRUT (AP) — Syrians living in besieged towns are stripping their homes of doors, frames and other wood to burn for warmth as they endure yet another winter being blockaded in the civil war.

In the mountain resort town of Madaya — one of 16 areas where combatants are refusing to allow in regular supplies of international aid — residents are cutting the struts of their homes and raiding abandoned houses for any materials to use for fuel.

Wafiqa Hashem sent photos of the tinder frames she'd cleaved from her ceiling. "We cut every other one so that the roof doesn't fall in," she said by text message from the town.

The bitter and unremitting sieges have trapped nearly 1 million people despite an internationally brokered cease-fire reached Dec. 30 and subsequent high-level peace talks in Kazakhstan between the government and opposition.

The government is suffocating international relief efforts in a thicket of bureaucracy, U.N. Undersecretary-General Stephen O'Brien told the Security Council in January. Access by aid groups in December and January was the worst in a year, added U.N. humanitarian adviser Jan Egeland.

Following last month's talks that were sponsored by Russia, Turkey and Iran, those nations said they were pledging to work together to consolidate the cease-fire and ensure unhindered humanitarian access swiftly and smoothly.

Since then, there has been no movement to end the suffering that is killing civilians.

Hospitals and clinics are losing ground to normally preventable diseases, as government forces pick medical supplies off the few relief convoys they let through, Egeland has said.

In Madaya, 26 kilometers (16 miles) from the capital of Damascus, doctors are recording elevated rates of kidney failure; in Talbiseh, in the Homs countryside, which has been under siege by government forces since late 2012, there's an outbreak of tuberculosis, doctors and media activists say.

The U.N.'s 2017 Humanitarian Needs report said men, women and children in the 16 besieged areas "are particularly vulnerable to malnutrition and waterborne and communicable diseases."

"Throughout Syria, parties to the conflict, particularly the government of Syria, continue to use siege as a military tactic, inflicting indiscriminate and direct suffering on the civilian population," it said.

The Islamic State group has trapped about 94,000 civilians in the eastern city of Deir el-Zour, the U.N. estimated. Rebels have blockaded several thousand more in the twin northern villages of Foua and Kefraya. The U.N. estimates that the rest — from 700,000 to 974,000 people — are being besieged by government troops.

The blockades are accompanied by a constant application of violence, which the besieging parties dial up or down depending on the urgency of their desired outcome.

Osama Abou Zeid, who is trapped in the al-Waer neighborhood of the central city of Homs, says he is accustomed to a certain level of mortar, artillery, and heavy machine gun fire from encircling government forces. Al-Waer is the holdout.

"When they use napalm and threaten to bomb us by air, that's when we say there is an escalation," he said.

Shortly thereafter, Daraya's 2,700 remaining residents, out of an original population of about 250,000, surrendered to the government and agreed to leave the Damascus suburb.

The U.N. likened the outcome to "forced displacement" — a crime under international law — but there is no end in sight to the tactic because it has worked all over Syria.

After Daraya, several other besieged areas around the capital fell to government control: Moadamiyeh, Qudsaya, Hammah, and Wadi Barada. In the north, the government recaptured the eastern part of Aleppo, Syria's former industrial capital.

Those who are still trapped in other sieges are largely demoralized. Some say privately they are ready to surrender if forced to endure one more battering assault.

"If defeat is on the horizon, then there won't be any solution but to give up. I'm just speaking realistically, I don't have any illusions," said an engineer in Talbiseh. He spoke on condition of anonymity because he fears reprisal from the rebels who have outlawed such defeatist talk.

After last year's escalation in al-Waer, representatives abandoned an established condition for peace talks: information on nearly 7,000 residents who have disappeared in government prisons.

"We've nearly forgotten about the detainees," said Abou Zeid. "The regime tore up the old agreement and restarted negotiations from scratch."

There are constant shortages of food, according to those trapped in the sieges.

Rebels in eastern Ghouta, also outside Damascus, are gearing up for a battle for the control of the al-Marj farms, a steady and essential supply of food since the government largely cut off access to the outside world in 2013.

"There are 10 villages out of 26 still under (rebel) control," said Mazen al-Shami, the chief press officer for the rebels' military council and director of the opposition-run Qassioun News Agency.

A Red Crescent volunteer in Talbiseh, north of Homs, said bread was only available once every 7-10 days, and it costs 400 Syrian Liras (66 cents) for a family ration of three flat pita loaves. The volunteer spoke on condition of anonymity because he was not authorized to speak for the relief organization, which coordinates closely with the government.

For fuel, they burn the rinds of the olives that have been pressed for oil, he said.

"It's a very unpleasant smell, but it's what we have," he said.