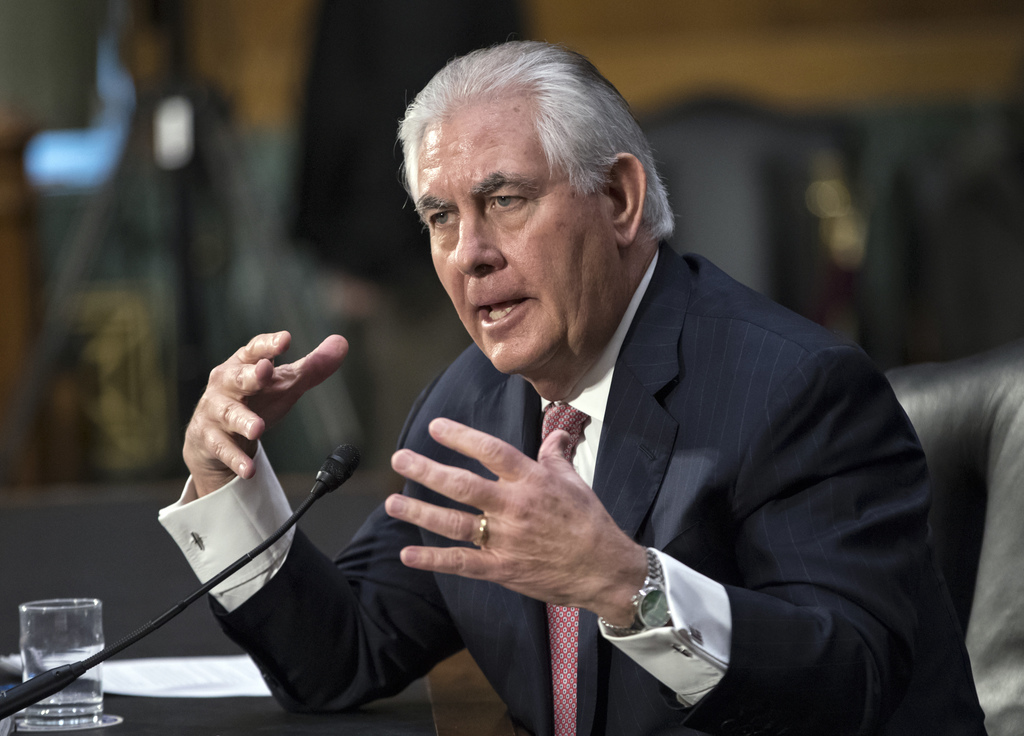 A Senate committee has approved President Donald Trump's picks for Health and Treasury secretaries after majority Republicans suspended the panel's rules. The rule they suspended requires at least one Democrat to be present for votes. It was the latest escalation in partisan tensions in the new Congress.

President Donald Trump's nomination of Rex Tillerson for secretary of state is headed toward Senate confirmation after several Democrats crossed party lines to back the former Exxon Mobil CEO.

The vote on Tillerson, scheduled for Wednesday, comes as tension builds among congressional Republicans and Democrats over Trump's executive order on immigrants and refugees. The Senate's top Democrat, Chuck Schumer of New York, said the order would be a litmus test for Trump's remaining Cabinet choices, and that any who refuse to reject the "horrible" new policy should be opposed.

But Democrats lack the numbers in the Senate to block Tillerson from becoming the nation's chief diplomat. Republicans hold a four-seat advantage and during a procedural vote Monday on the nomination, Democrats Joe Manchin of West Virginia, Heidi Heitkamp of North Dakota and Mark Warner of Virginia cast their ballots for Tillerson. They're unlikely to change their minds.