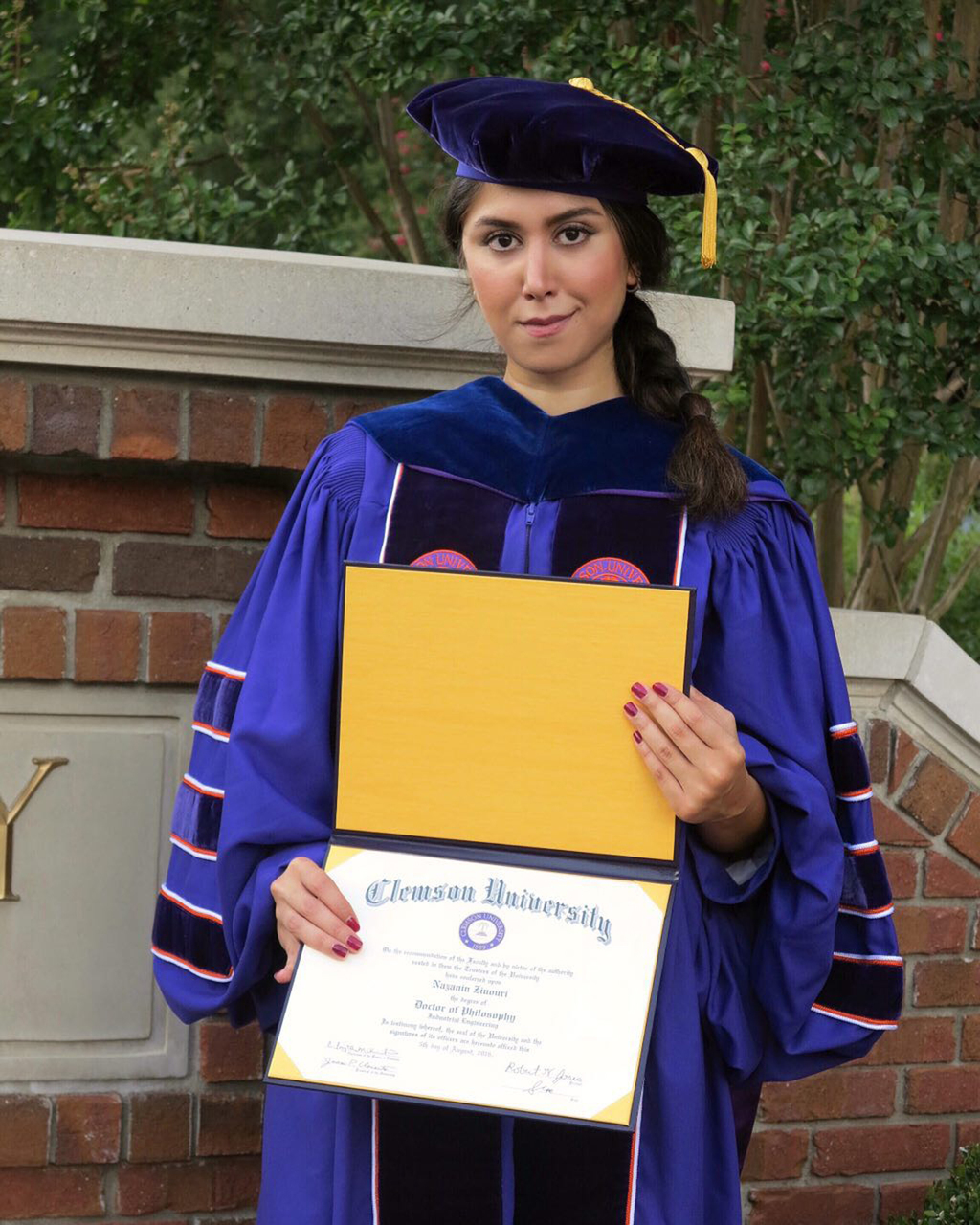 RALEIGH, N.C. (AP) — Unable to enjoy what was supposed to be a three-week vacation with her family in Iran, Nazanin Zinouri now worries about when and if she will be able to go home to South Carolina.

Because Zinouri, 29, who has lived in the United States since August 2010 and works in Clemson, South Carolina, for a technology firm, calls the U.S. her home.

"I was planning on enjoying time with family and taking care of family business," Zinouri said Sunday in a phone interview with The Associated Press from Tehran. "But I've not been able to do any of them. I'm mostly just listening to the news ... I can't really focus or enjoy anything as much as I want. I can't even have a normal conversation."

In the interview, she chooses her words carefully, perhaps fearful of angering the governments in Iran or the United States. She misses her rescue dog, Dexter, and she wonders what will happen to her car, parked in an economy parking lot at Hartsfield-Jackson International Airport in Atlanta.

"What's going to happen to my dog? My dog is sick. Is anyone going to adopt him? ... Am I going to lose my job forever?" she asked.

Zinouri is among those caught up in the chaos surrounding an executive order issued last week by President Donald Trump that temporarily bans the entry of citizens from Iran, Iraq, Syria, Libya, Sudan, Somalia and Yemen. The administration says it is necessary to keep out potential terrorists while stricter vetting procedures are put in place.

She moved to the U.S. in August 2010 and got a master's degree from Northern Illinois University, then got a Ph.D. in industrial engineering last year on a full scholarship from Clemson University, where she won a prestigious research award. She began working for Modjoul, a startup technology firm that makes a monitor for workers to help companies prevent injuries.

Zinouri left Friday from Atlanta, traveling through Istanbul in Turkey to reach Tehran, where she was born and where her mother, brother and sister still live. She was barely home 48 hours when she began to hear rumblings that the United States might take action to prevent travel from some countries so she began looking for flights home.

But flights out of Tehran were difficult to book because of snow. Her employer was working to get her back Friday but couldn't, said company founder Eric Martinez of Mercer Island, Washington.

"It was actually really scary," Zinouri said. "My mom was here crying. ... Fog and snow were everywhere. It was terrible. But I was still trying (to get out)."

Eventually, she got as far as Dubai but wasn't allowed to continue on the flight to Washington, D.C.

In a statement, Zinouri sought public support for her return to the United States. "My story will be much like others who dedicated their lives to their dream — the American dream — and whose intentions and lives were turned upside-down on Friday without notice or reason," she wrote.

Her employer plans to start an online fundraising site to raise money for an attorney for Zinouri. "We're just trying to get her back. We're asking for any help and advice we can," said Martinez, who describes Zinouri as "the smartest lady I know."

She was able to return to her family to Tehran to wait out the situation and hope for the best. As for the U.S., she says she wants "to feel what I have always felt. I think of it as a welcoming place."