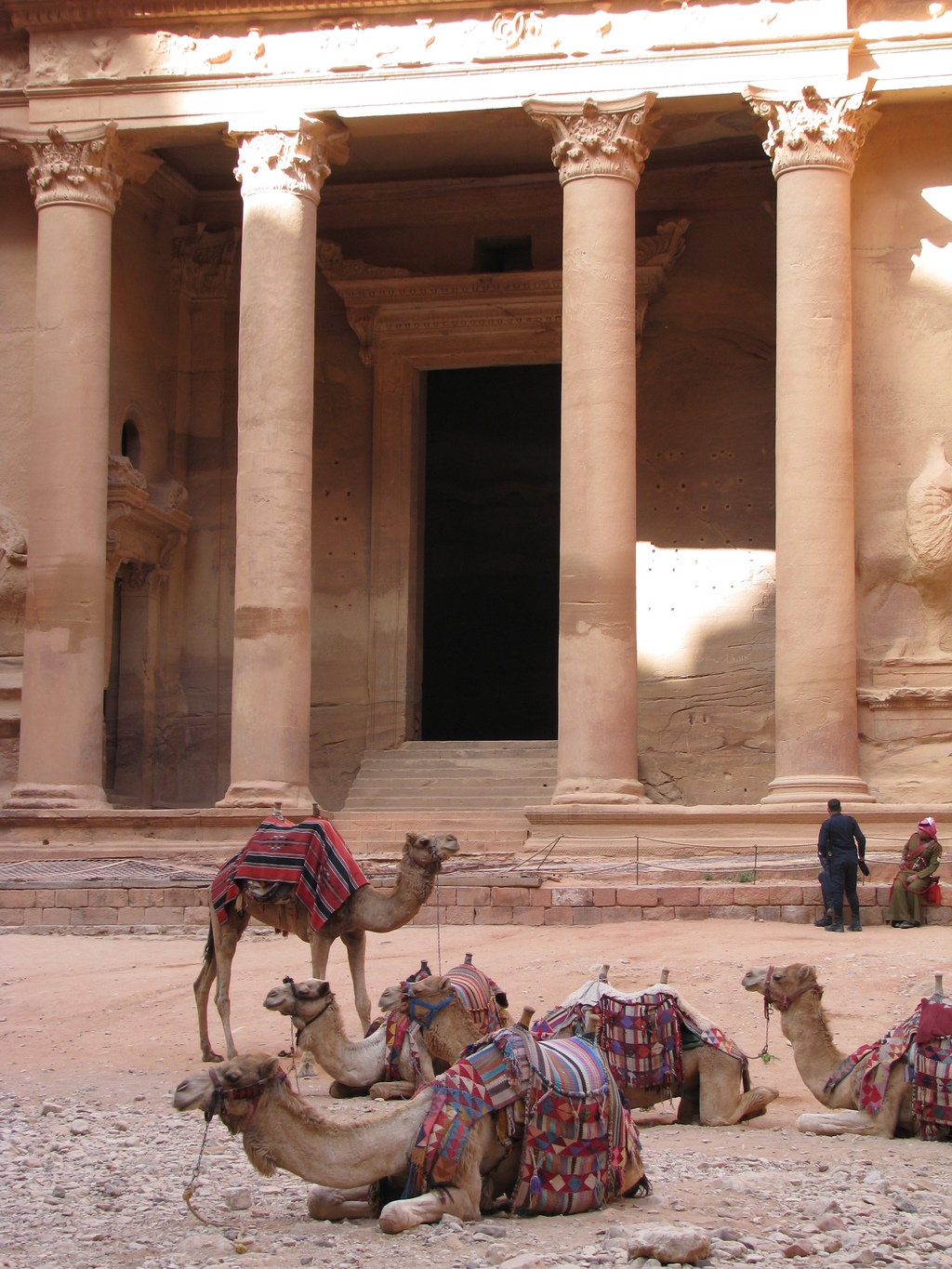 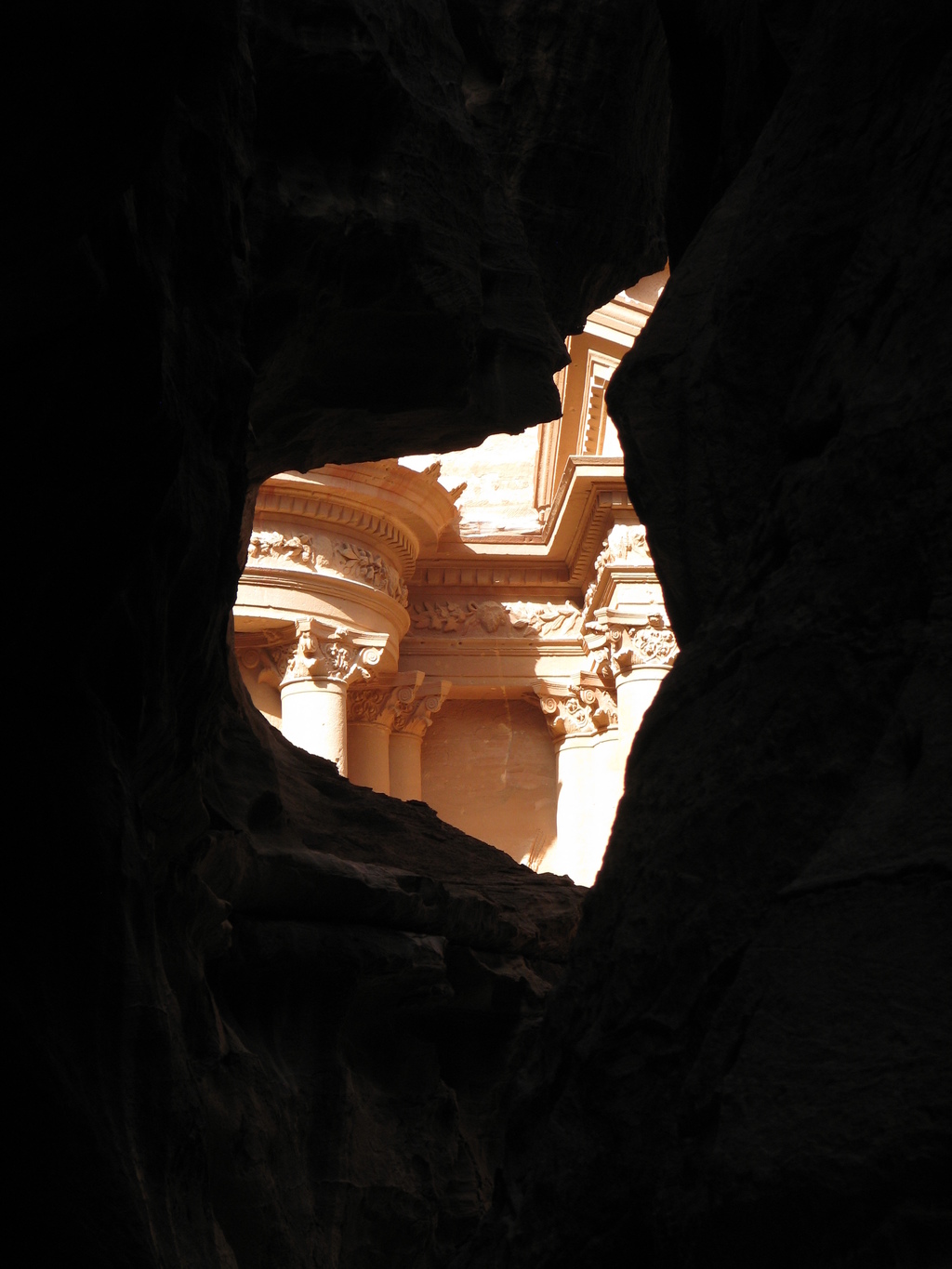 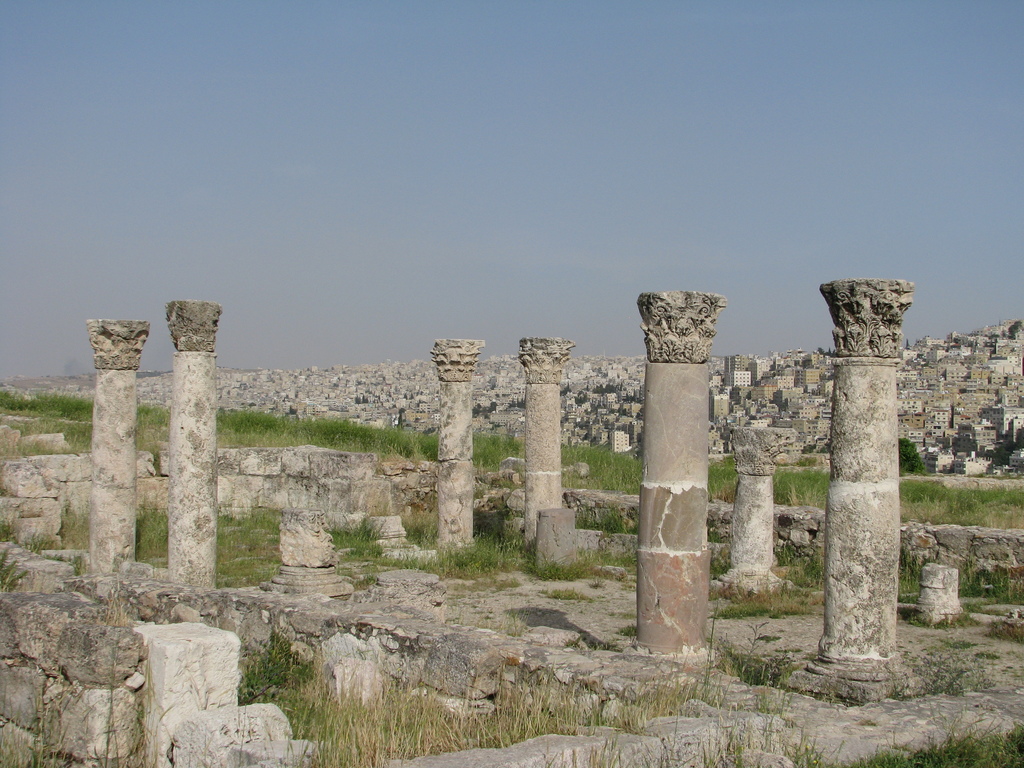 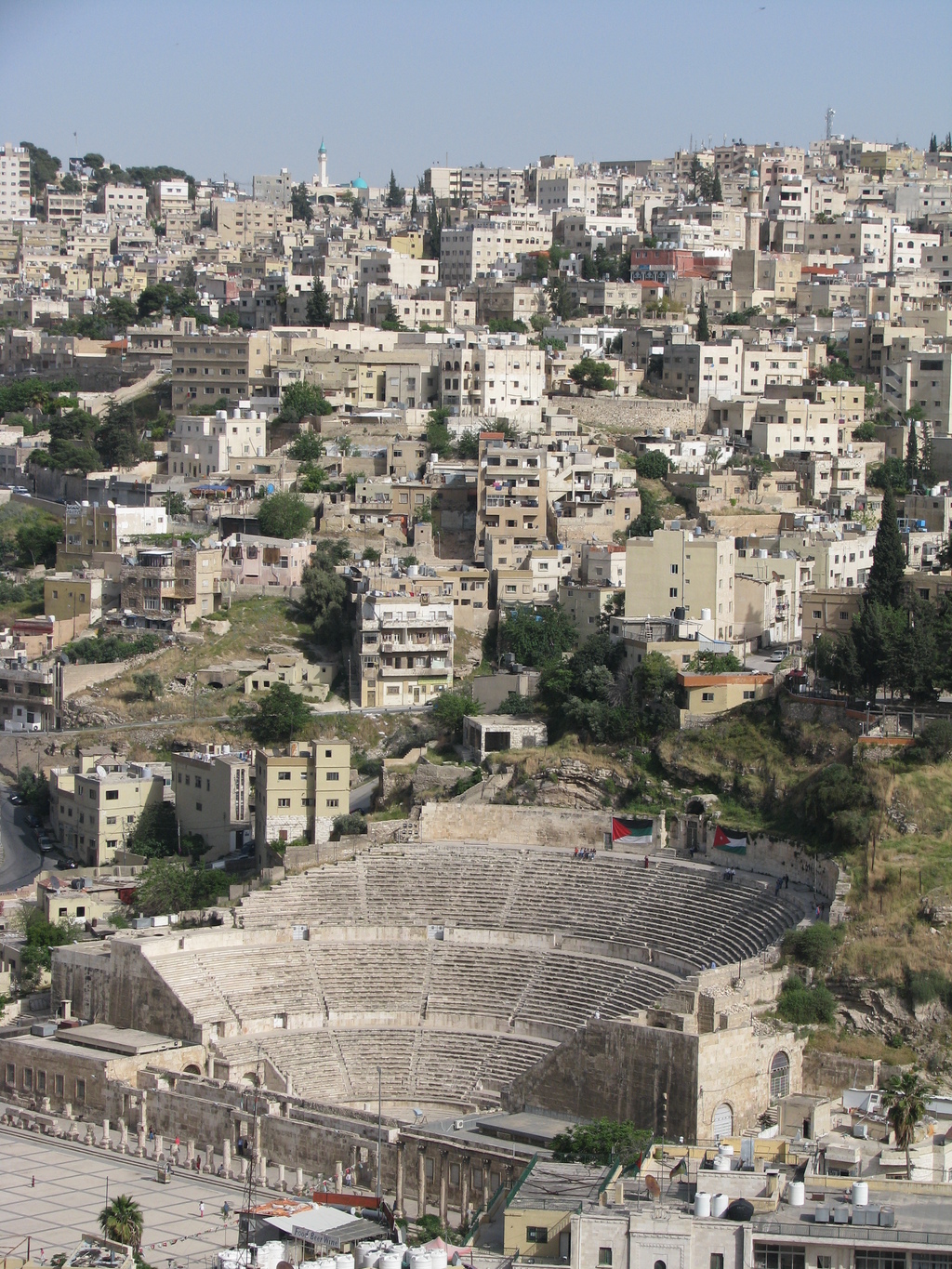 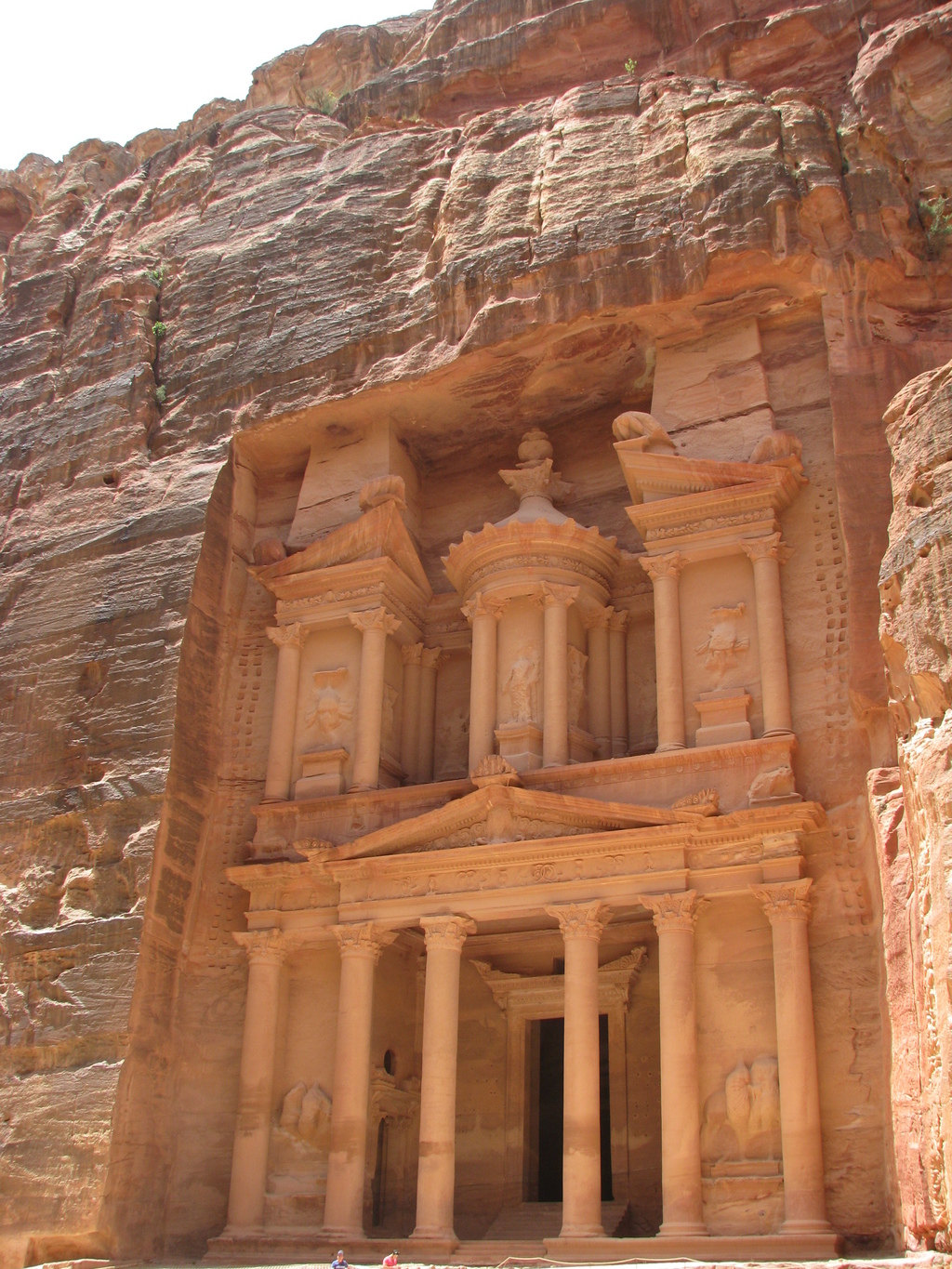 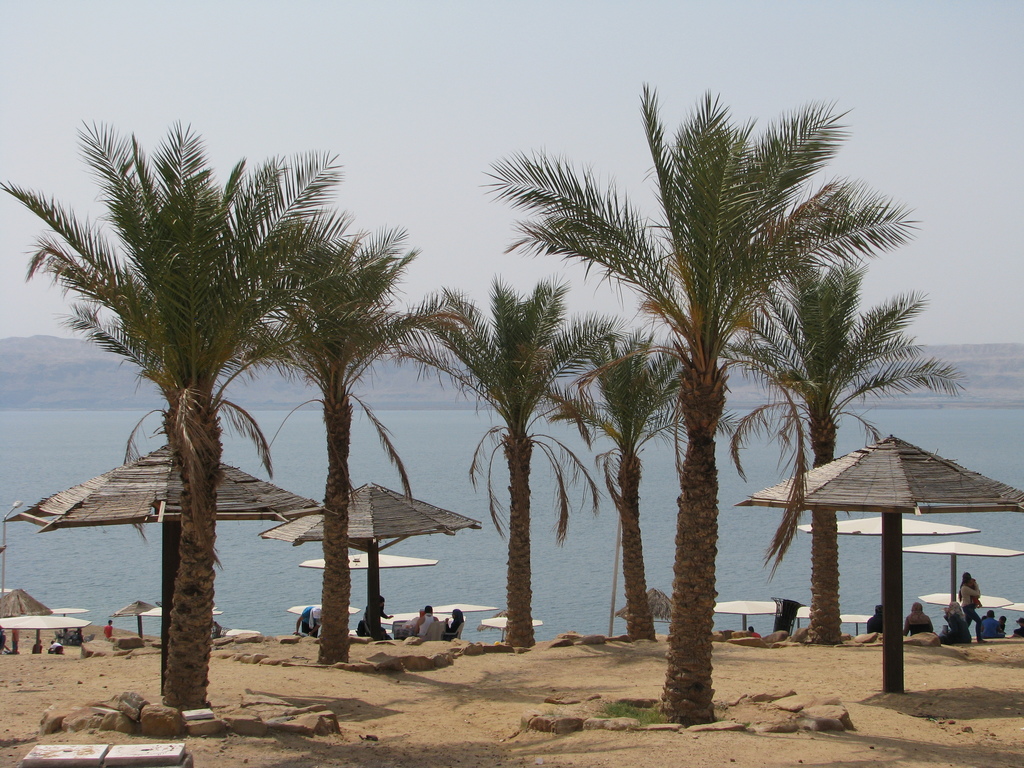 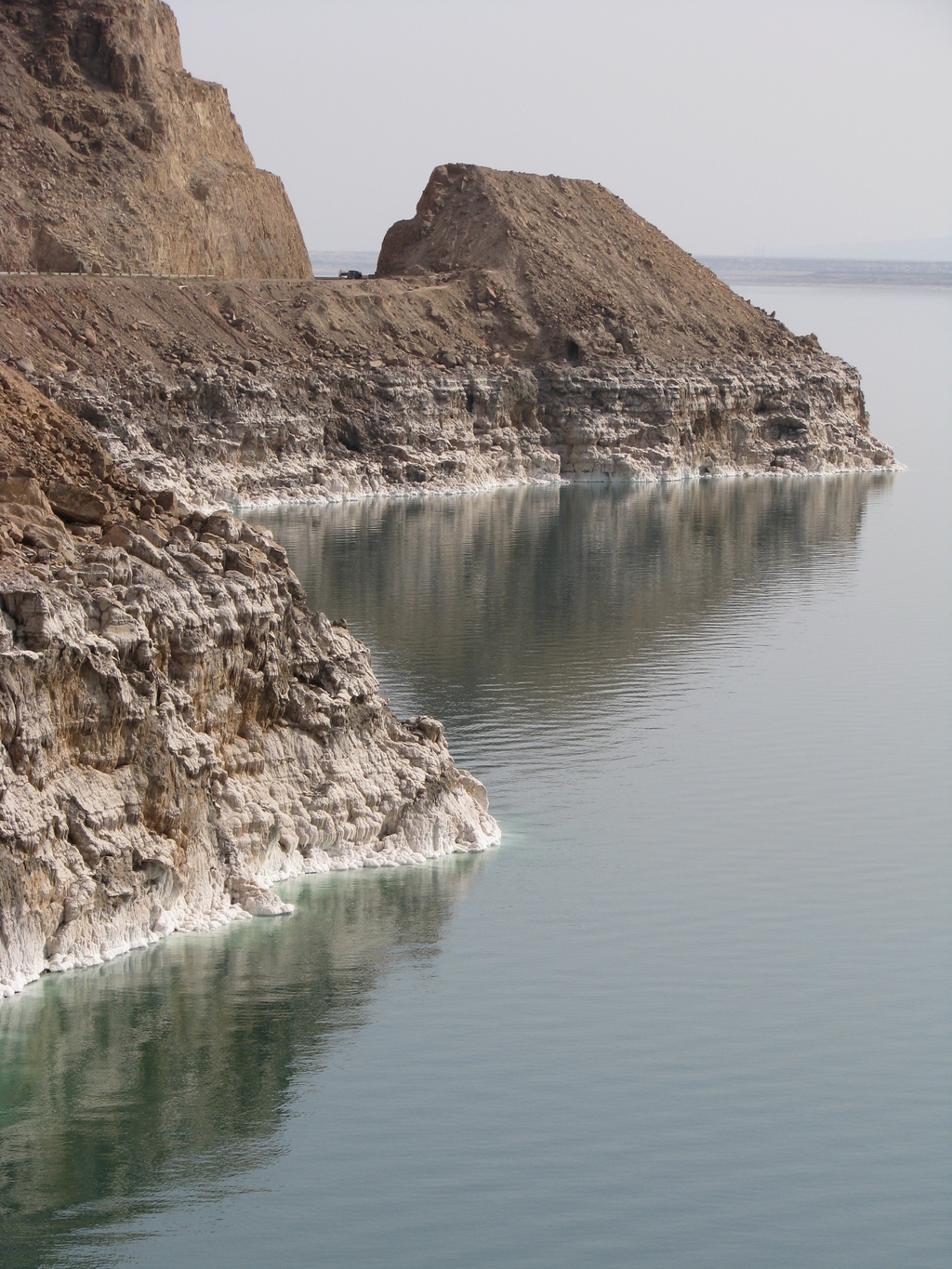 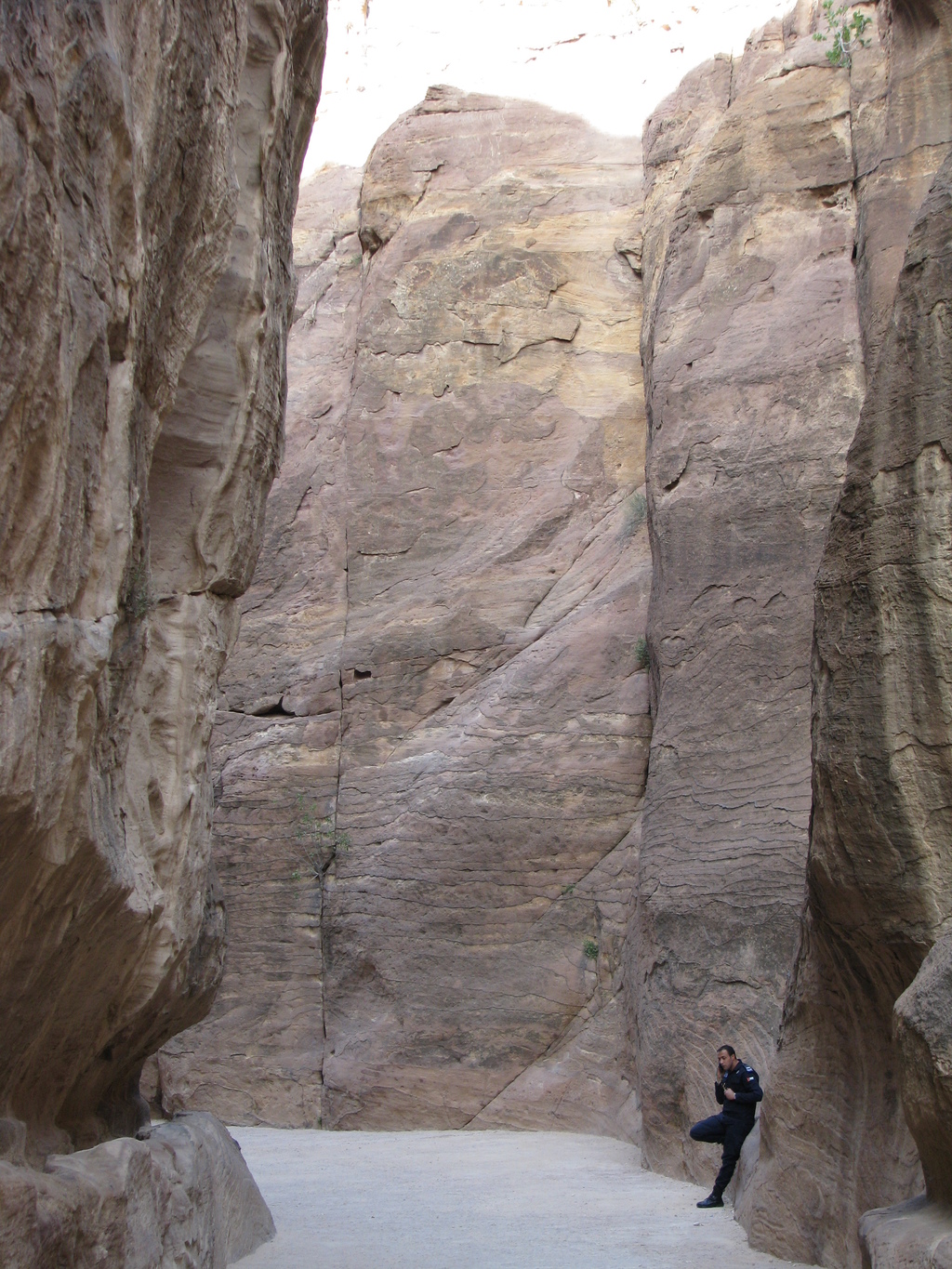 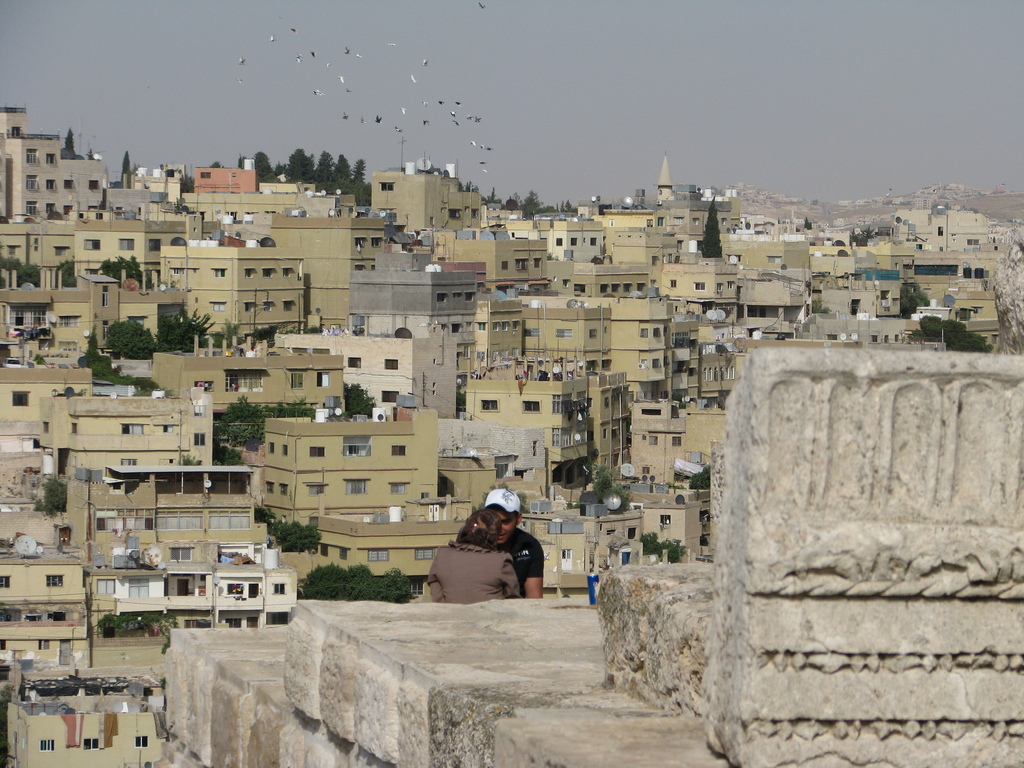 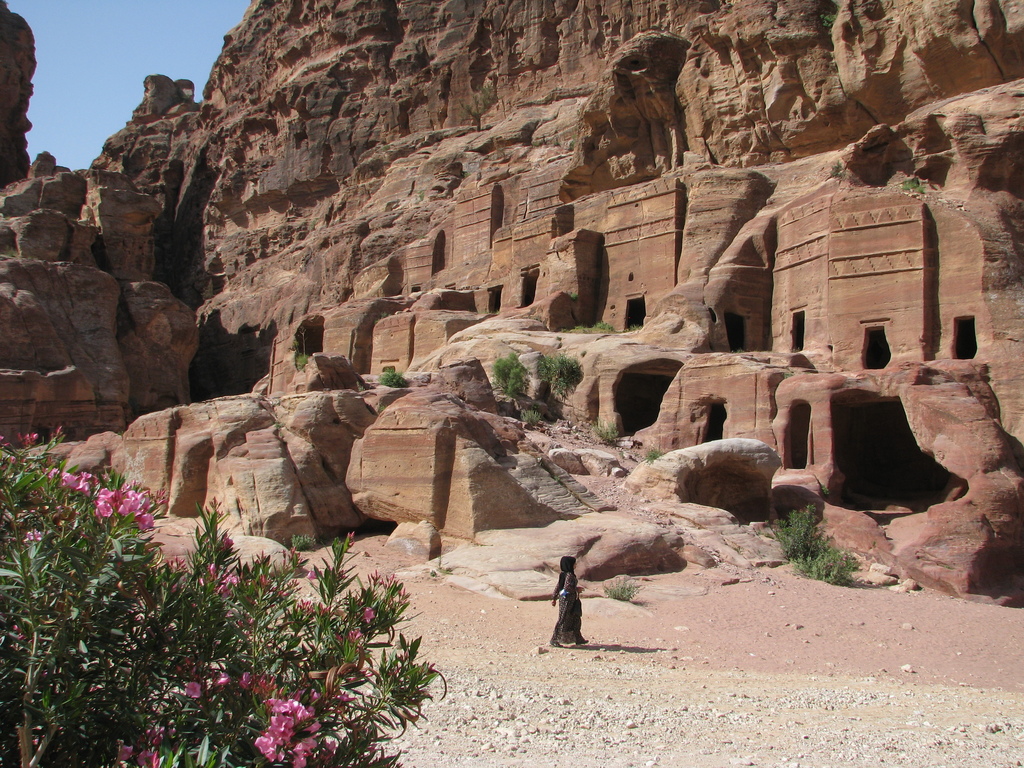 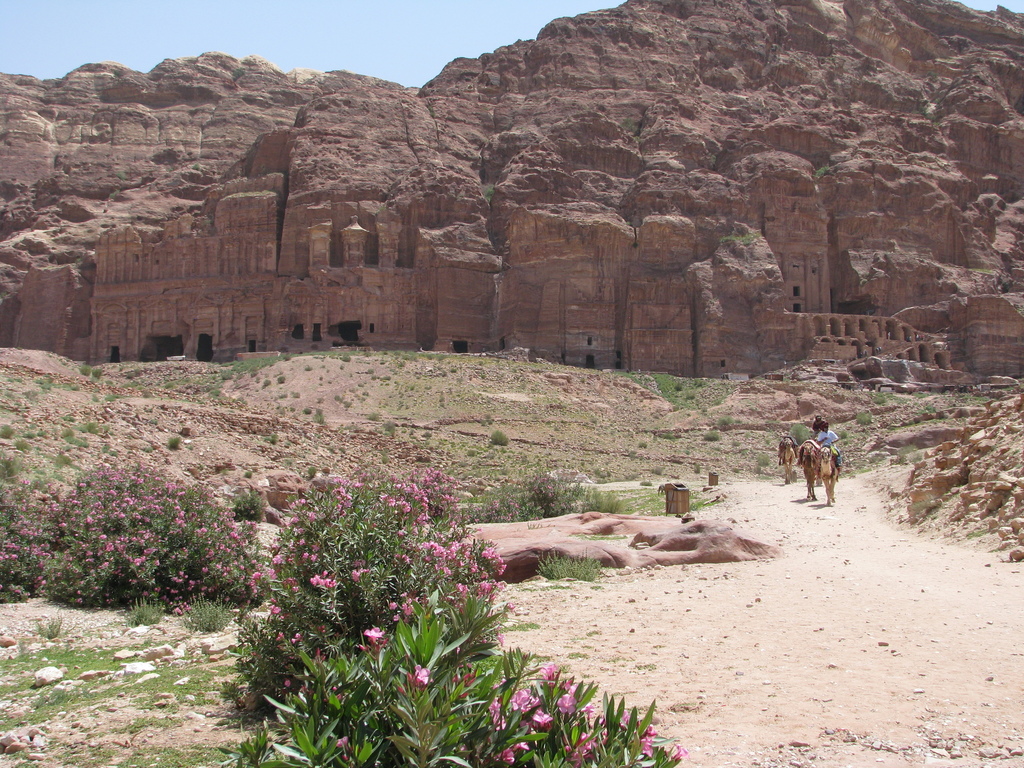 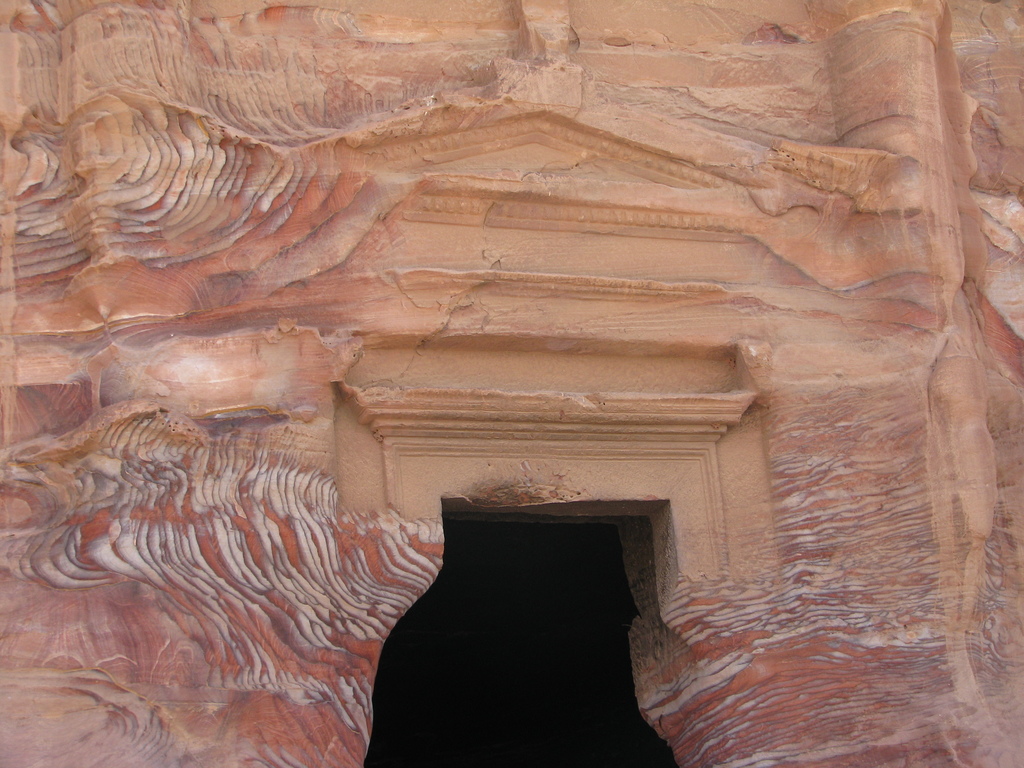 PETRA, Jordan (AP) — I squeezed through the narrow desert chasm just as the early-morning sun lit up the facade of the majestic Treasury building. The structure, originally a mausoleum, was carved from a red canyon some 2,000 years ago, when the city of Petra was a global trade center and its monuments a fusion of Arab and Greco-Roman cultures.

Such reminders of harmonious co-existence, in Petra and throughout Jordan, make a trip here special. They are so fragile yet inspiring today, as violence batters much of the region. A terror attack struck Jordan a day before December attacks in Berlin and Ankara.

Both the vast, vibrant capital, Amman, and the remote, otherworldly desert landscapes are speckled with artistic masterpieces and profoundly moving sites of the Jewish, Christian and Islamic faiths. In the same restaurants where the rare niqab-clad women sit, only their eyes uncovered, fashionistas in tank tops may be seen whiling a weekend night away.

In early spring, balmy enough for superb cuisine in fancy outdoor gardens and corner-store popsicles, I explored these highlights:

From Petra's archaeological park gate, it's about a mile walk before the increasingly tight Siq gorge opens onto the 12-story-high Treasury. Seeing for the first time its floral-topped columns, muscular sculptures and classical friezes emerge out of sandstone is as breathtaking as beholding the Colosseum or Machu Picchu.

But what took my breath away, literally, is that the iconic Treasury is only the best preserved of hundreds more buildings carved into and over Petra's wadis, desert valleys that in spring were lined with pink oleander in bloom. I hiked into a 7,000-seat theater, up to a massive mountaintop sacrificial altar and past monumental facades whose decorations ranged from geometrical steps to flowing colonnades.

To admire the red, pink and nectarine-colored streaks in the rock-hewn tomb of a second-century Roman governor, I skirted around a herd of camels, chatting with their young drivers. English is widely spoken, though uttering just a few Arabic words melts even border guards into supersized grins.

Shukran (thank you) was the handiest word as Jordanians kept reaching out to this visibly foreign visitor, from the fruit vendor in Amman's souk gifting me just-ripe loquats to the family sharing their spicy grilled chicken picnic with my driver and me at Amman Beach on the Dead Sea.

The Dead Sea — actually a spectacular lake 1,400 feet (400 meters) below sea level — is so mineral-heavy that I bobbed weightlessly in its waters, with Israel and the West Bank on the opposite shore. I wore my most modest one-piece bathing suit, but elsewhere I never felt gender mattered: In the cities, face-covering veils seemed far rarer than women not wearing headscarves.

Just to the north, along the Jordan River at Bethany, is the site where John is believed to have baptized Jesus. Old and New Testament locales abound, as the sixth-century floor mosaic map of the region in St. George Church in nearby Madaba documents both accurately and with charming details such as date-laden palms.

Madaba, home to other mosaics portraying mythical figures, fruits, even an octopus, is less than an hour's drive from Jordan's capital, Amman.

Standing on its monument-filled Citadel hill among kite-flying children, I took in the sand-colored panorama of charming villas and shiny malls, minarets and markets, narrow cafe-lined alleys and blocky apartment buildings. The opposite hillside opened onto the grand Roman theater, in whose plaza a kid made big loops on a scooter.

I had to ask my two young Ammani friends, how far are we from the atrocities making headlines around the world? The Syrian border is about 80 kilometers (50 miles) away, they said, close enough that their families used to go there for picnics.

At that, one of the best meals of my life became also a minuscule gesture of defiance and hope.

GETTING THERE AND AROUND: Fly into Amman's international airport. In town, very cheap metered taxis; elsewhere, hire a car (better with driver).

PETRA: http://visitpetra.jo/ 130 miles (209 km) south of the Amman airport. Entry tickets for international visitors from 50 dinars (about $70) for one day, 55 dinars for two days. Lodging in Wadi Mousa ranges from hostels to major chains like the Petra Marriott, with pool and restaurants overlooking the desert.