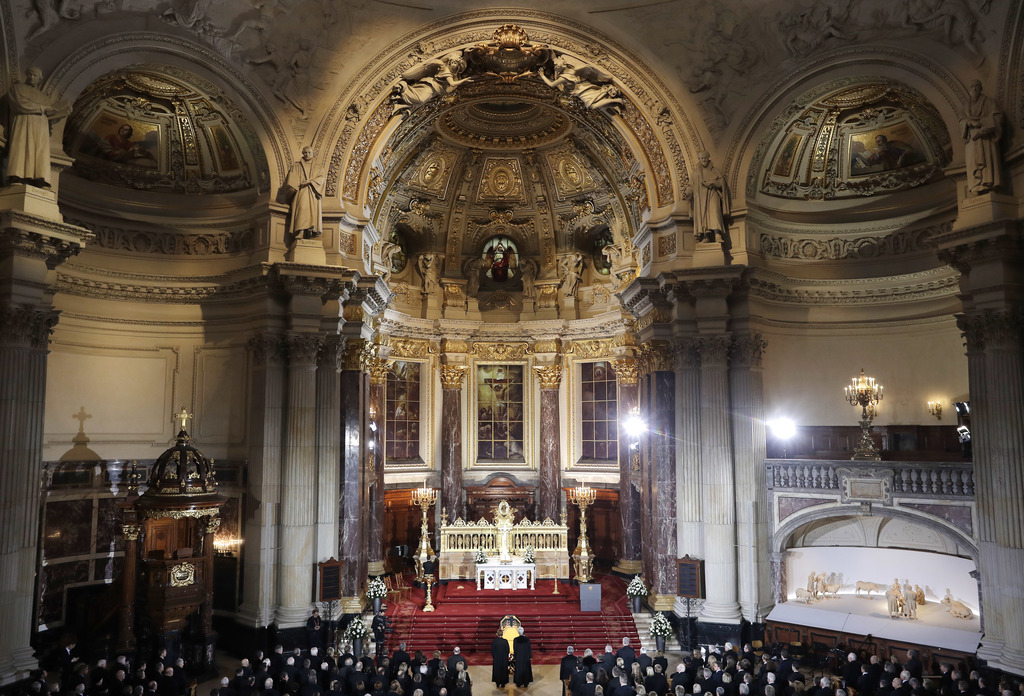 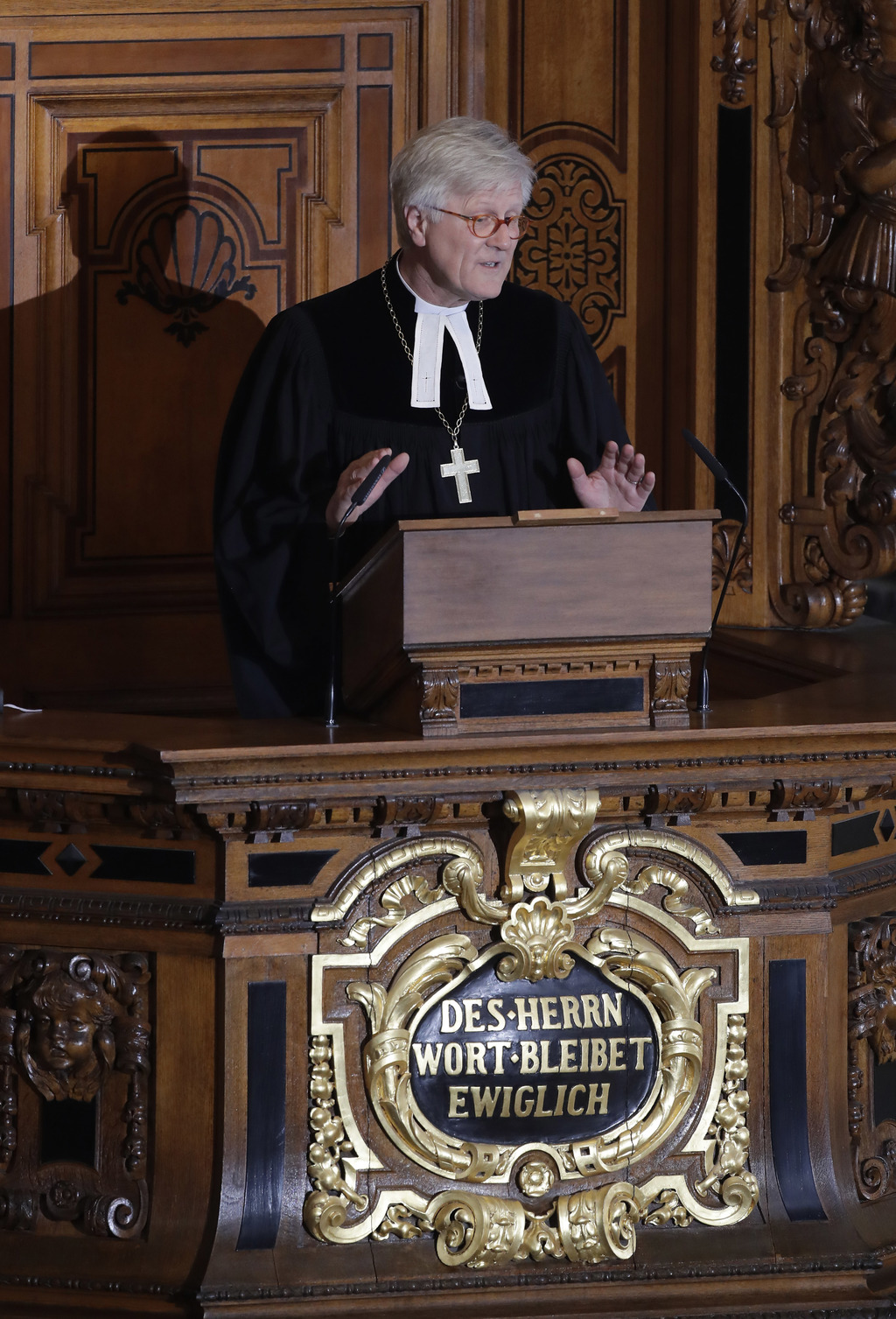 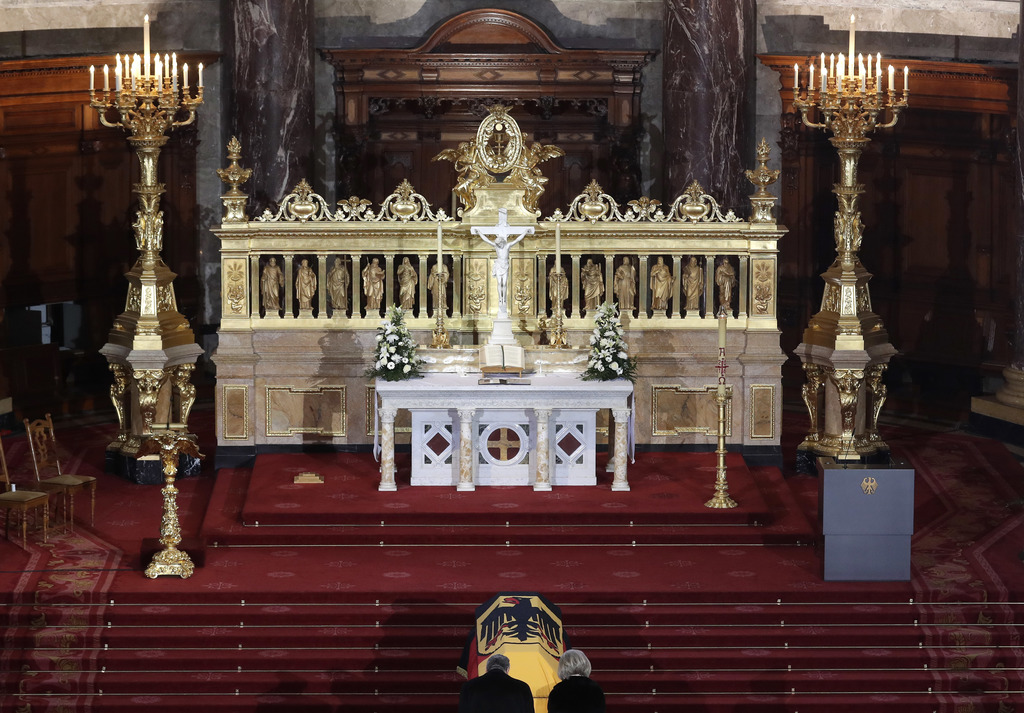 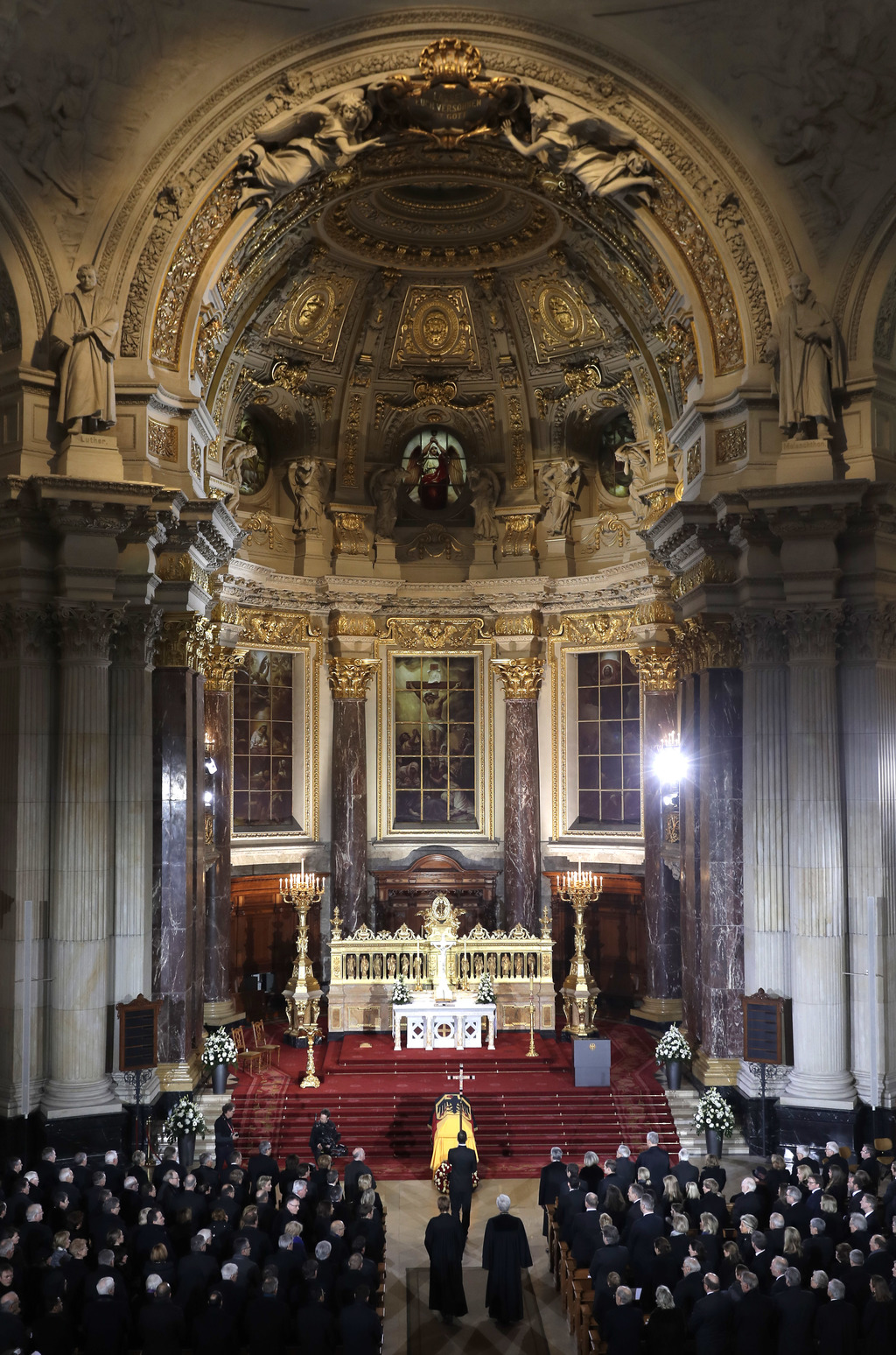 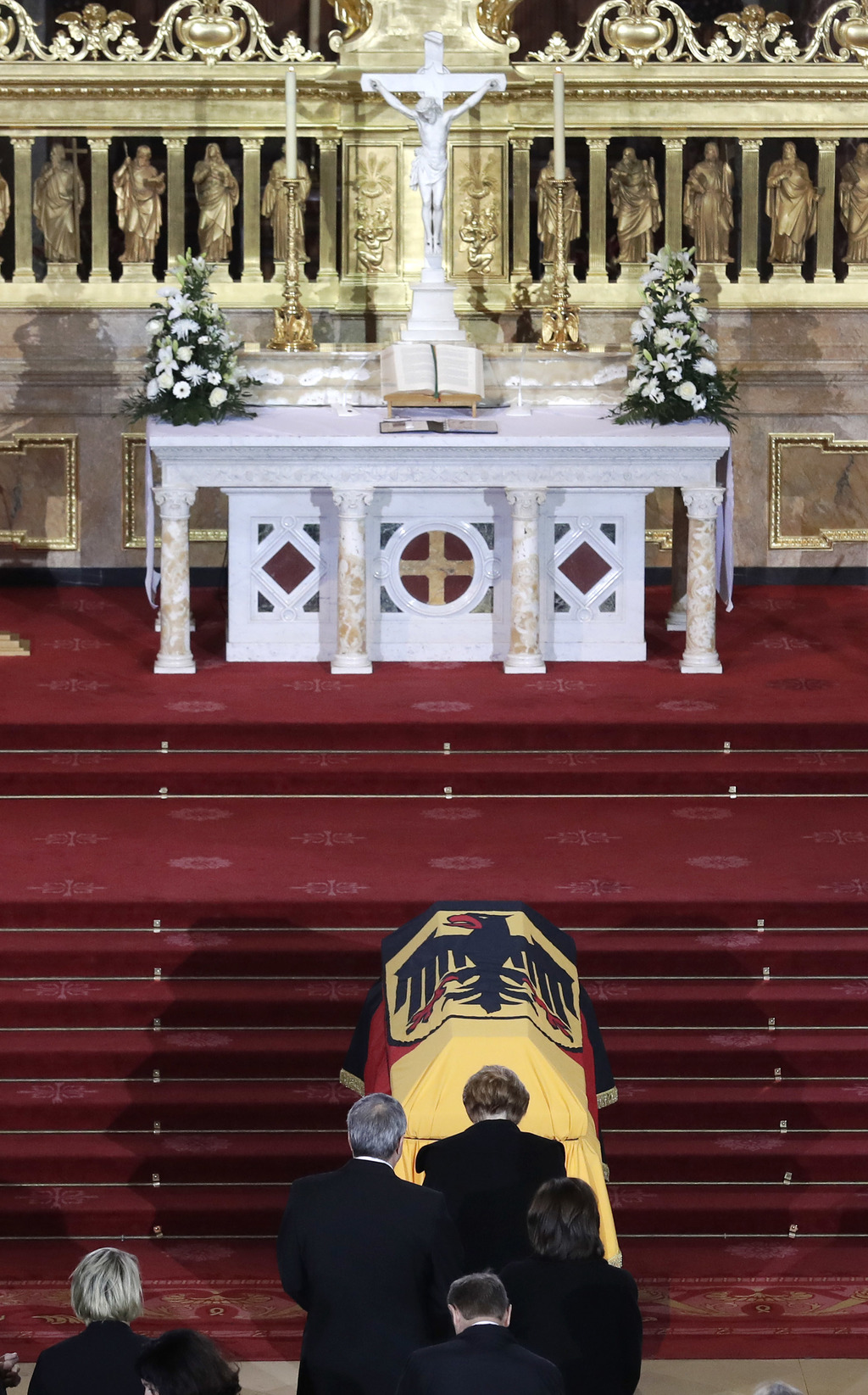 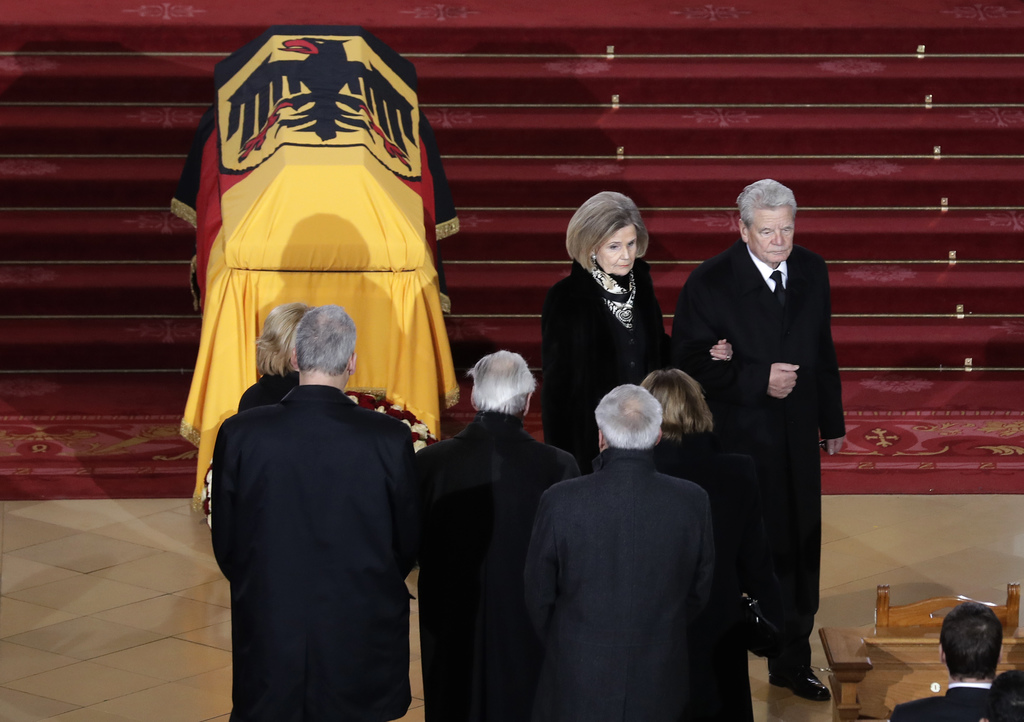 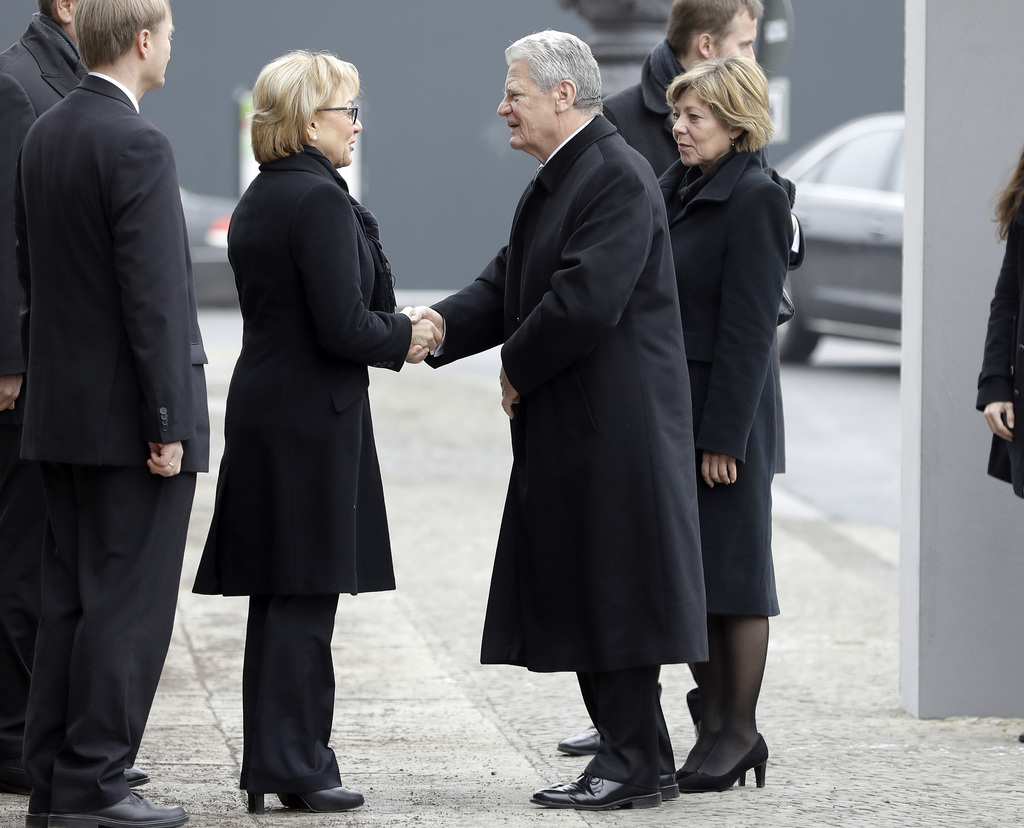 BERLIN (AP) — Former German President Roman Herzog has been commemorated in a state funeral in Berlin for his services to the country during his tenure in the 1990s.

Lutheran Bishop Heinrich Bedford-Strohm said in his eulogy Tuesday that Herzog strengthened "a culture of remembrance" in Germany.

Herzog, who as president pressed the country to embrace economic reform in the 1990s, also stressed the importance of remembering the Nazi Holocaust.

He served as chief justice of Germany's highest court before winning the presidency in 1994, four years after reunification.

As president, he instituted an annual day of remembrance Holocaust victims, setting it on Jan. 27, the anniversary of the Auschwitz death camp's liberation.

Chancellor Angela Merkel and German President Joahcim Gauck were among those attending.