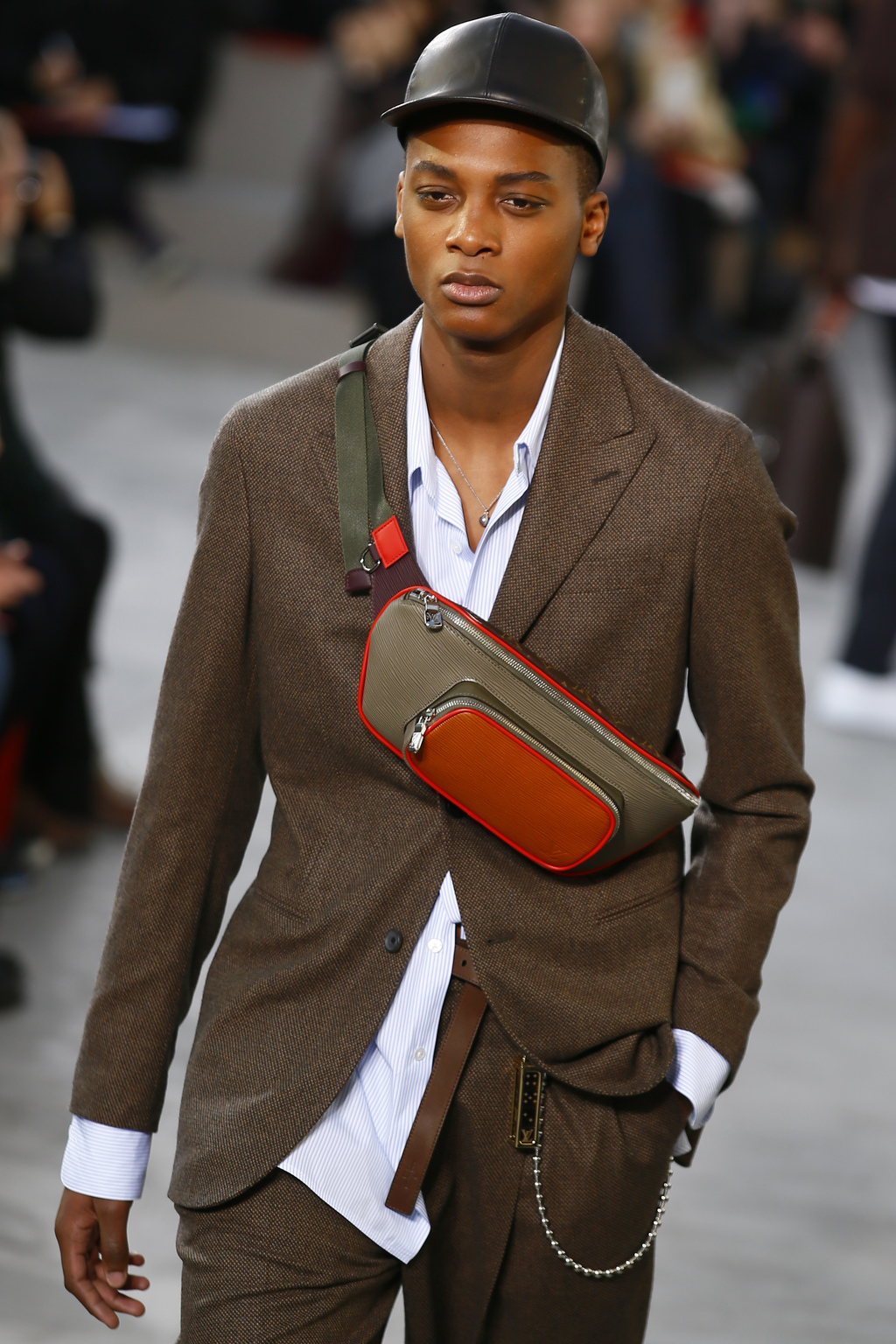 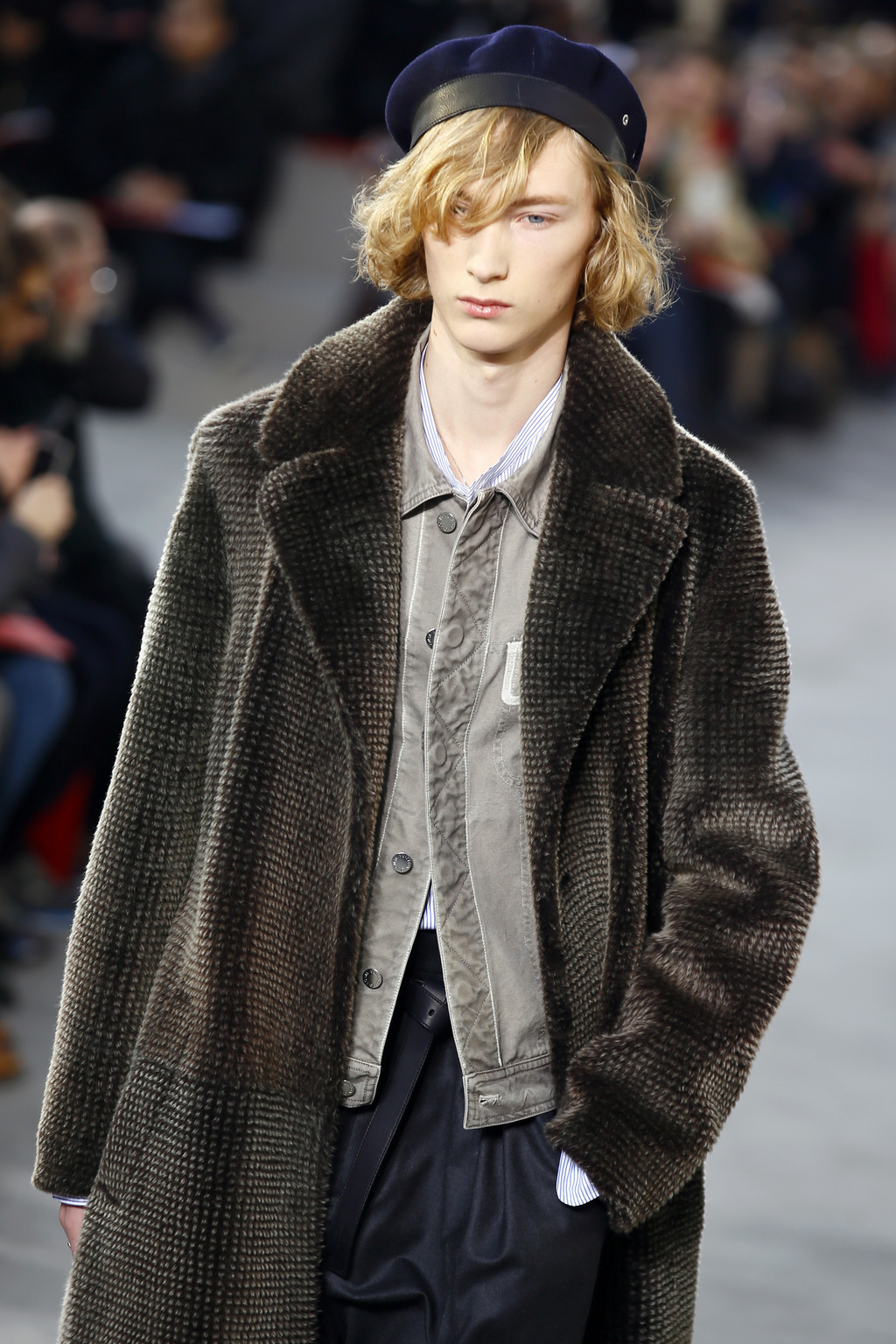 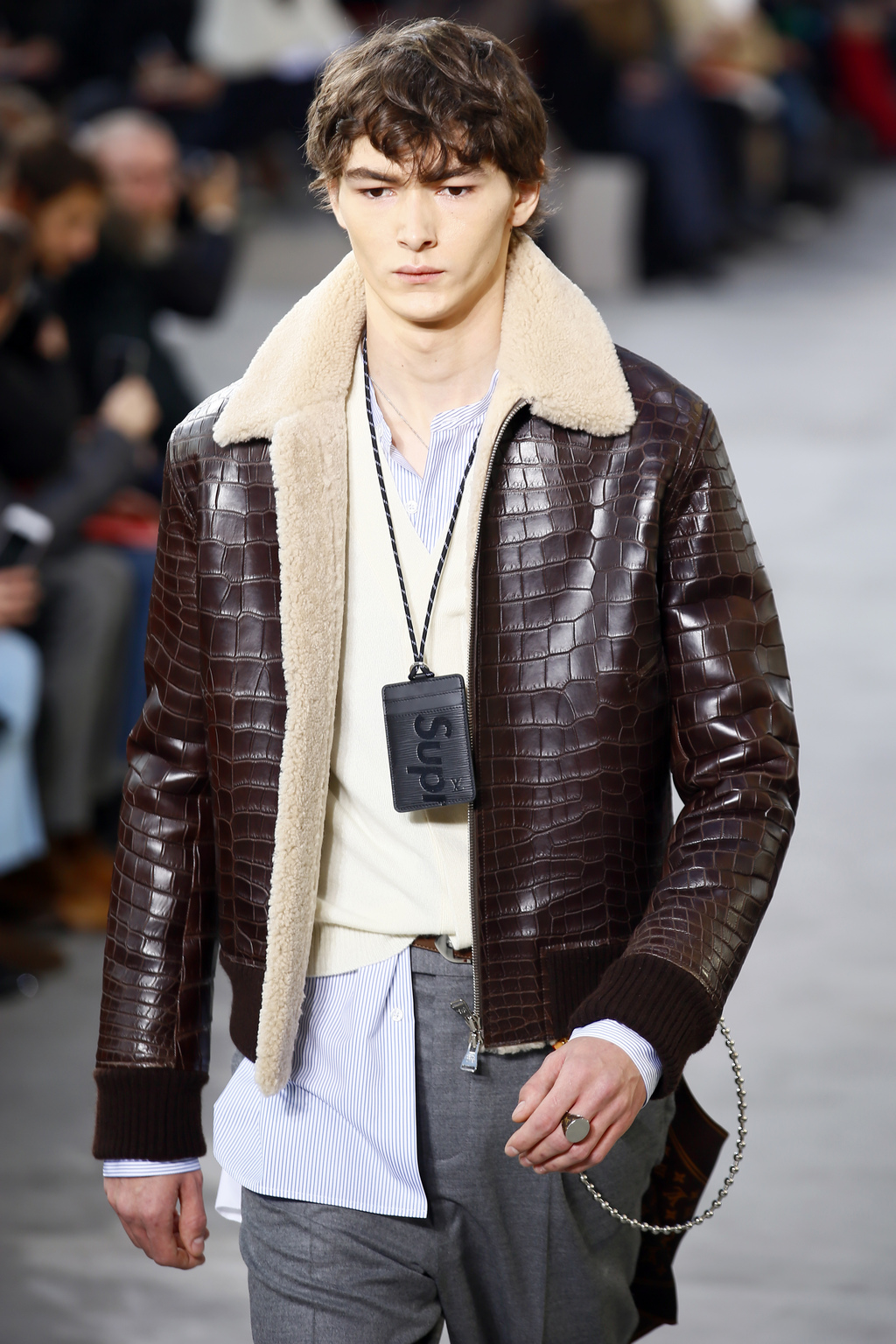 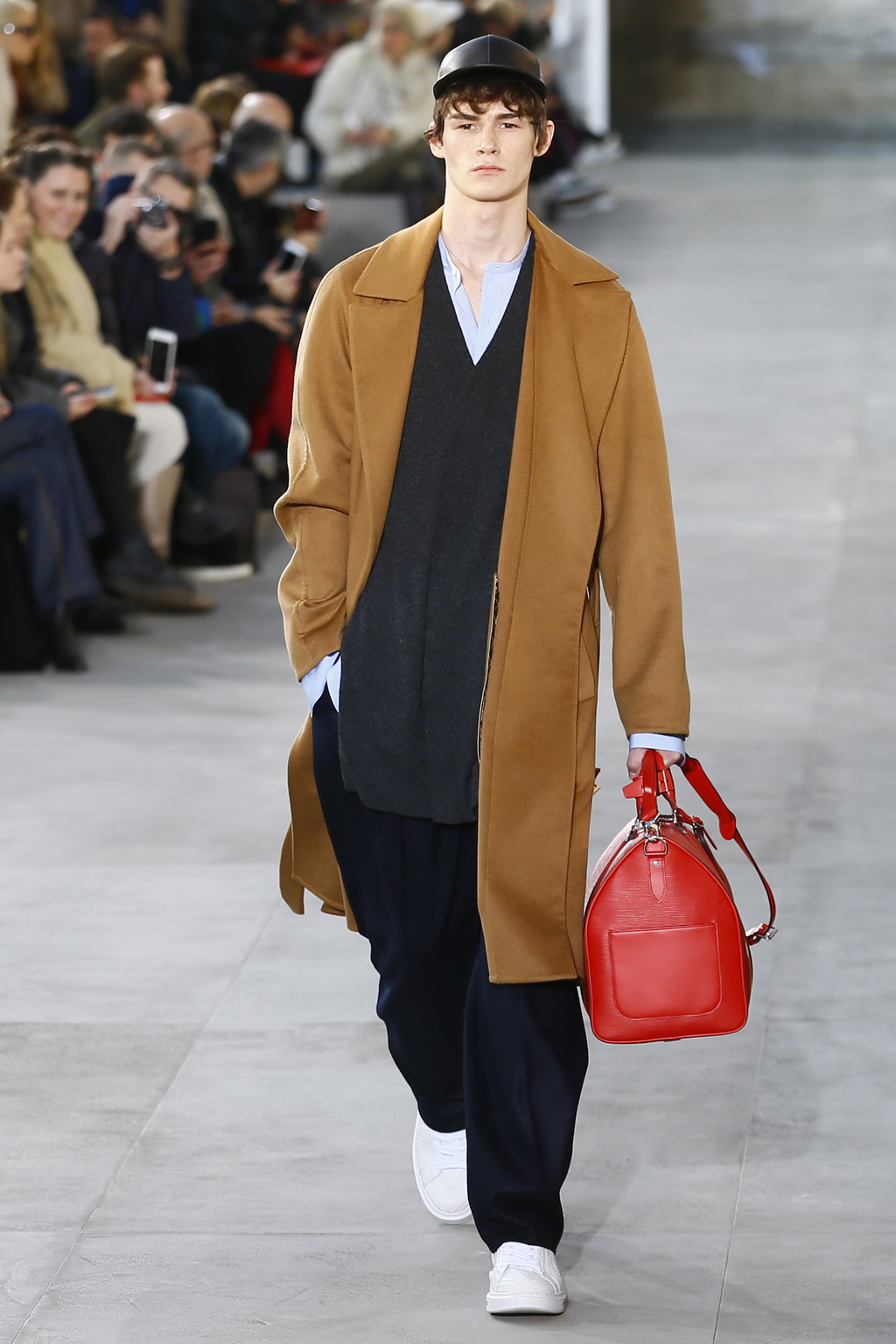 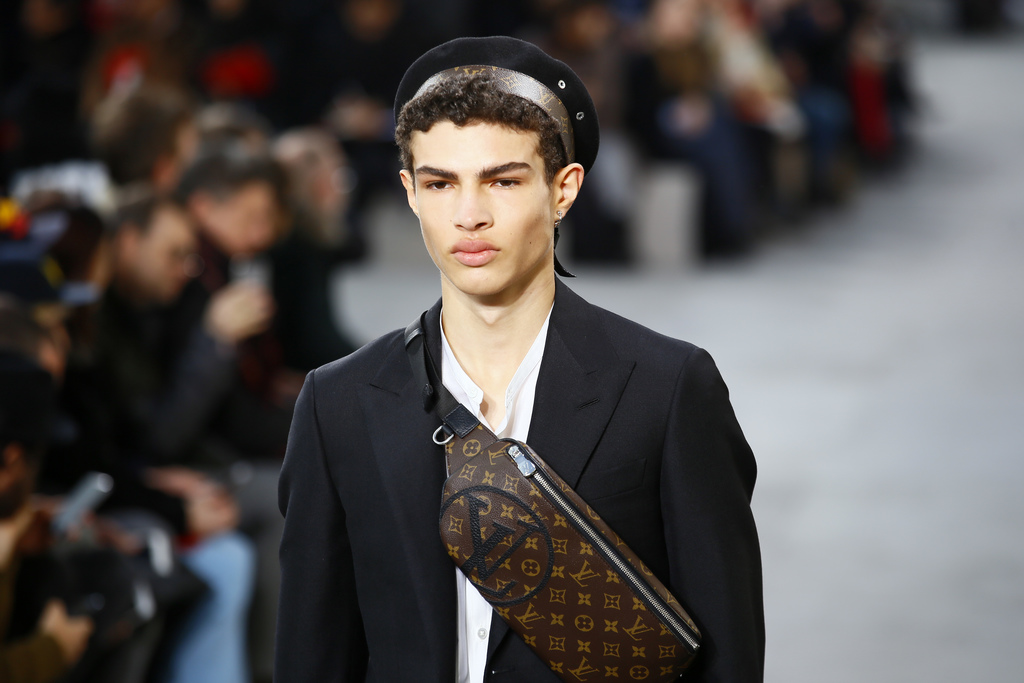 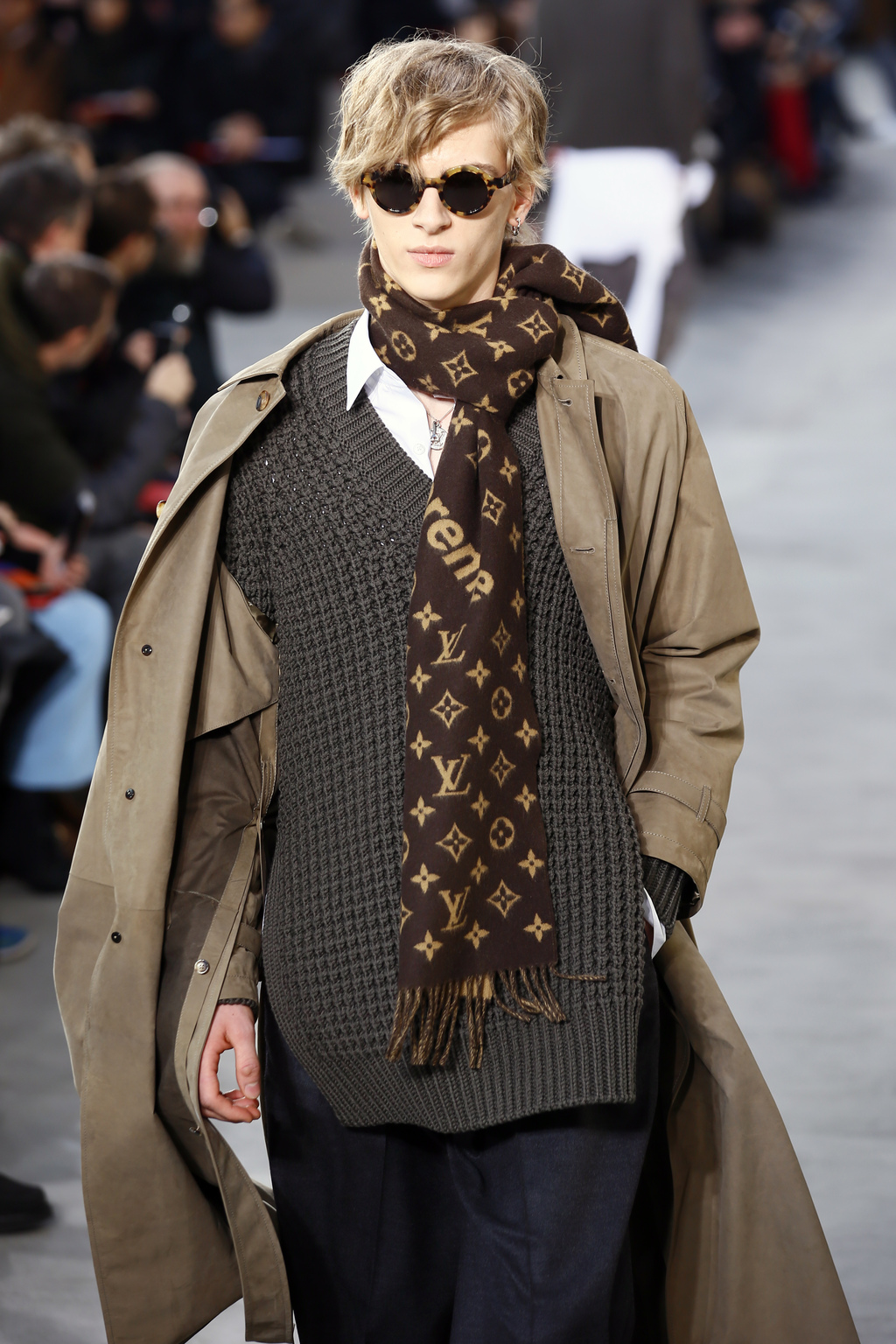 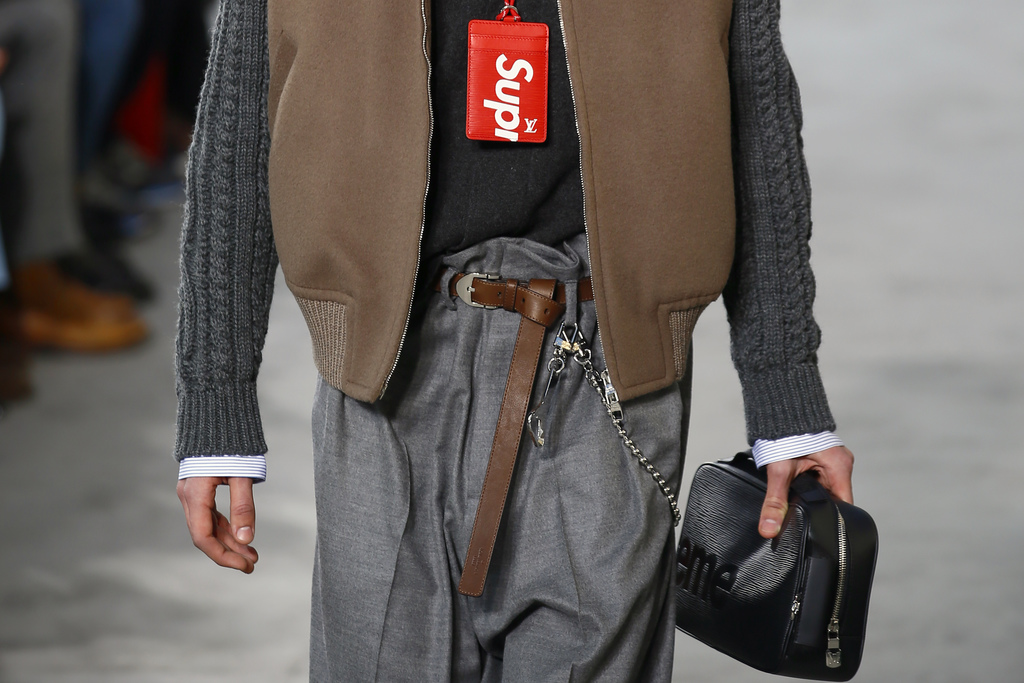 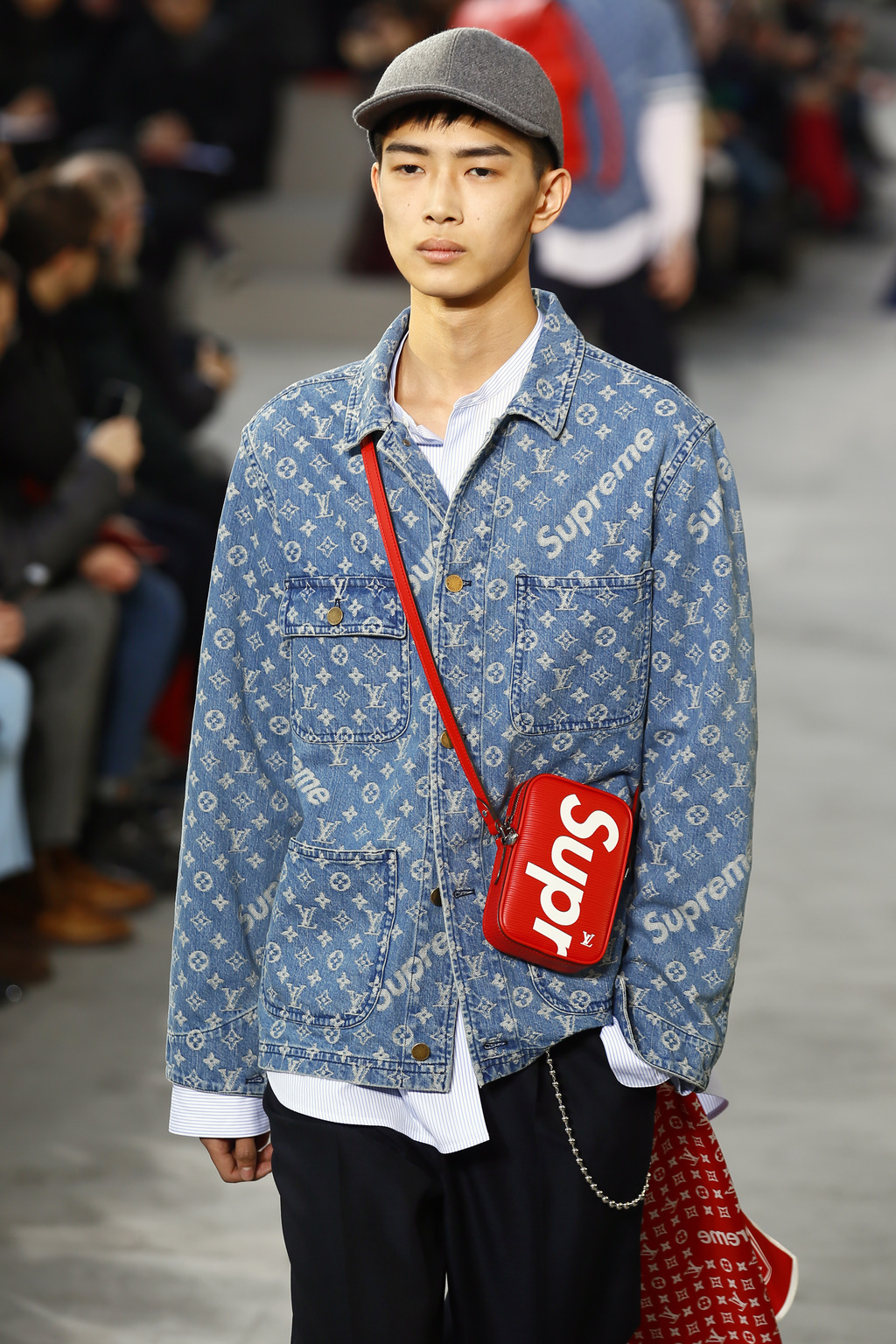 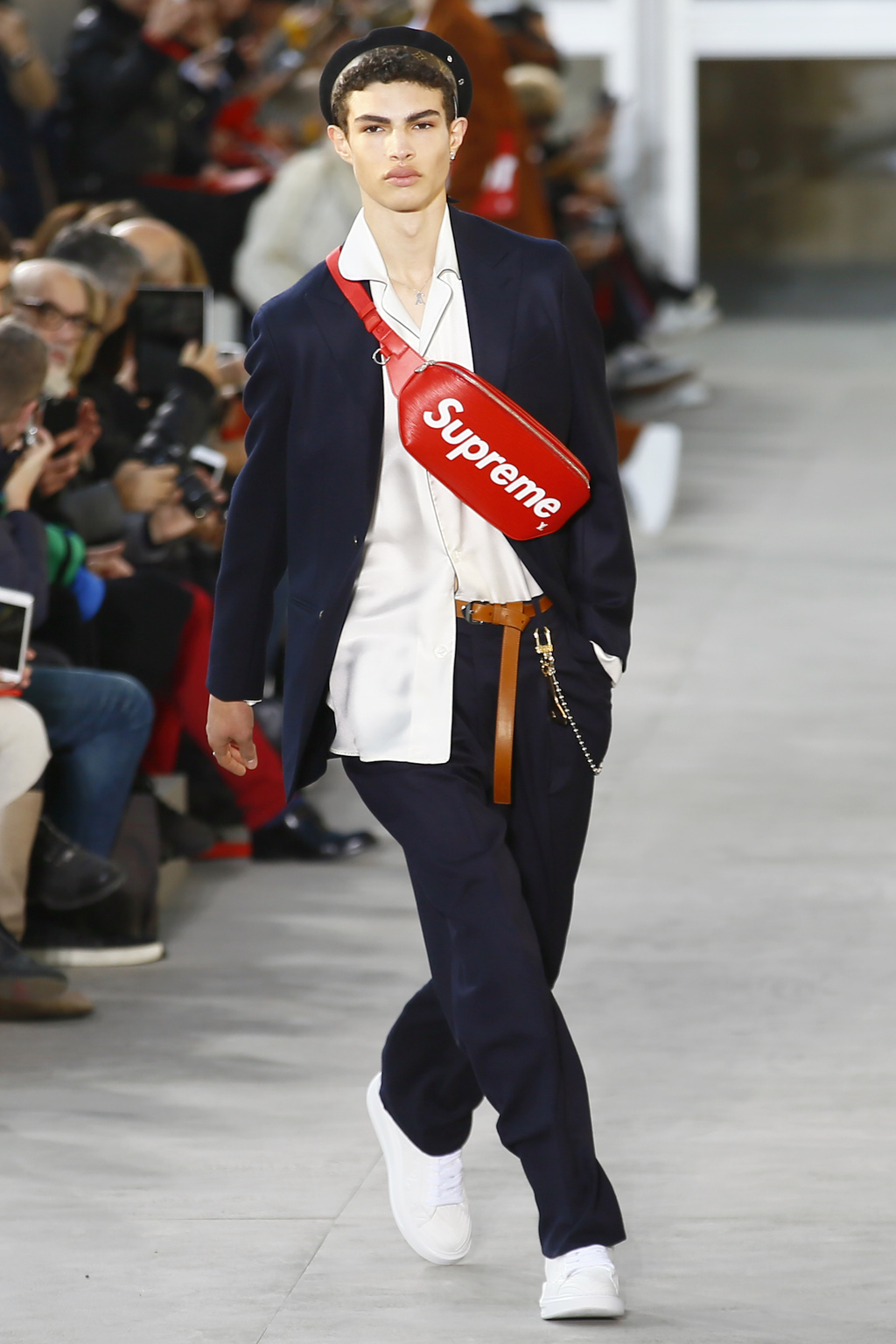 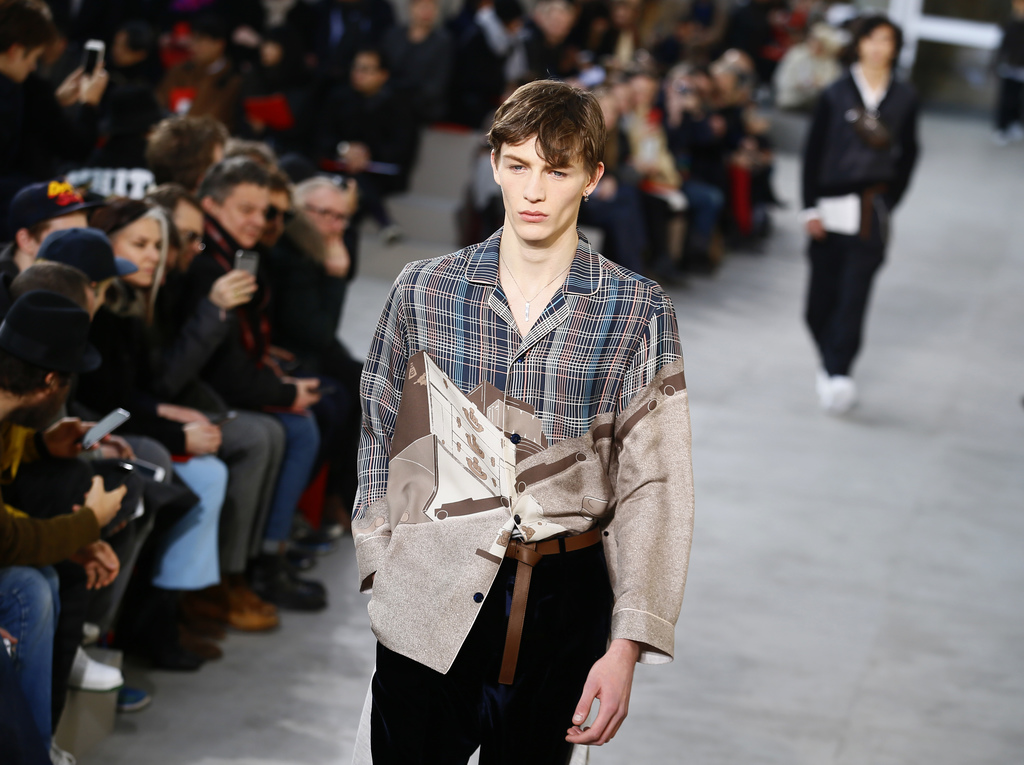 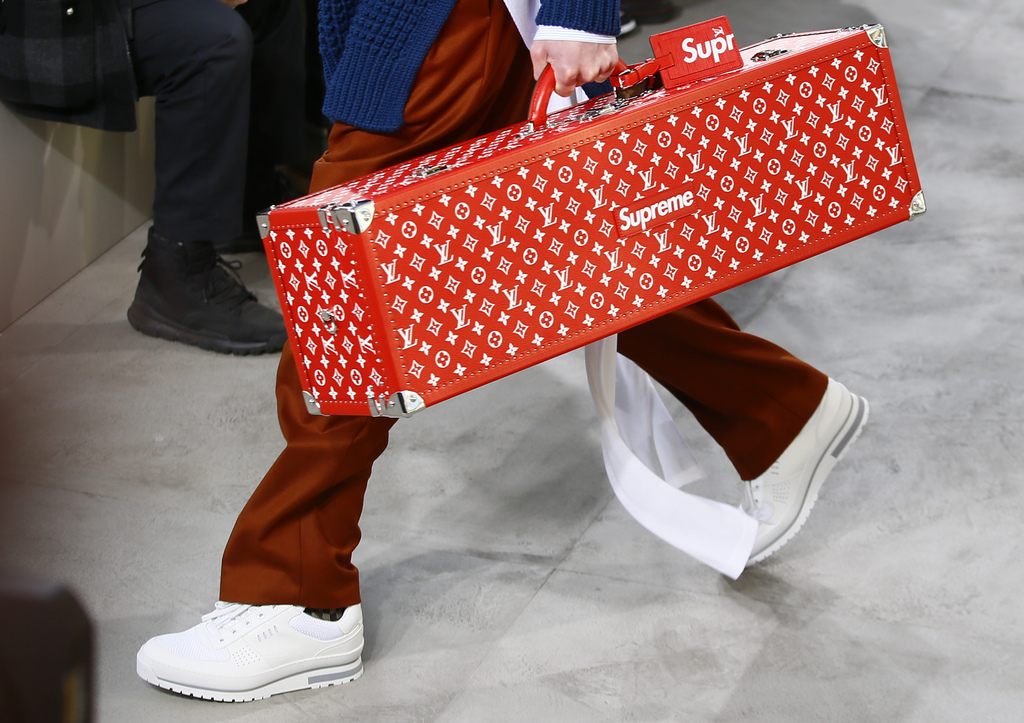 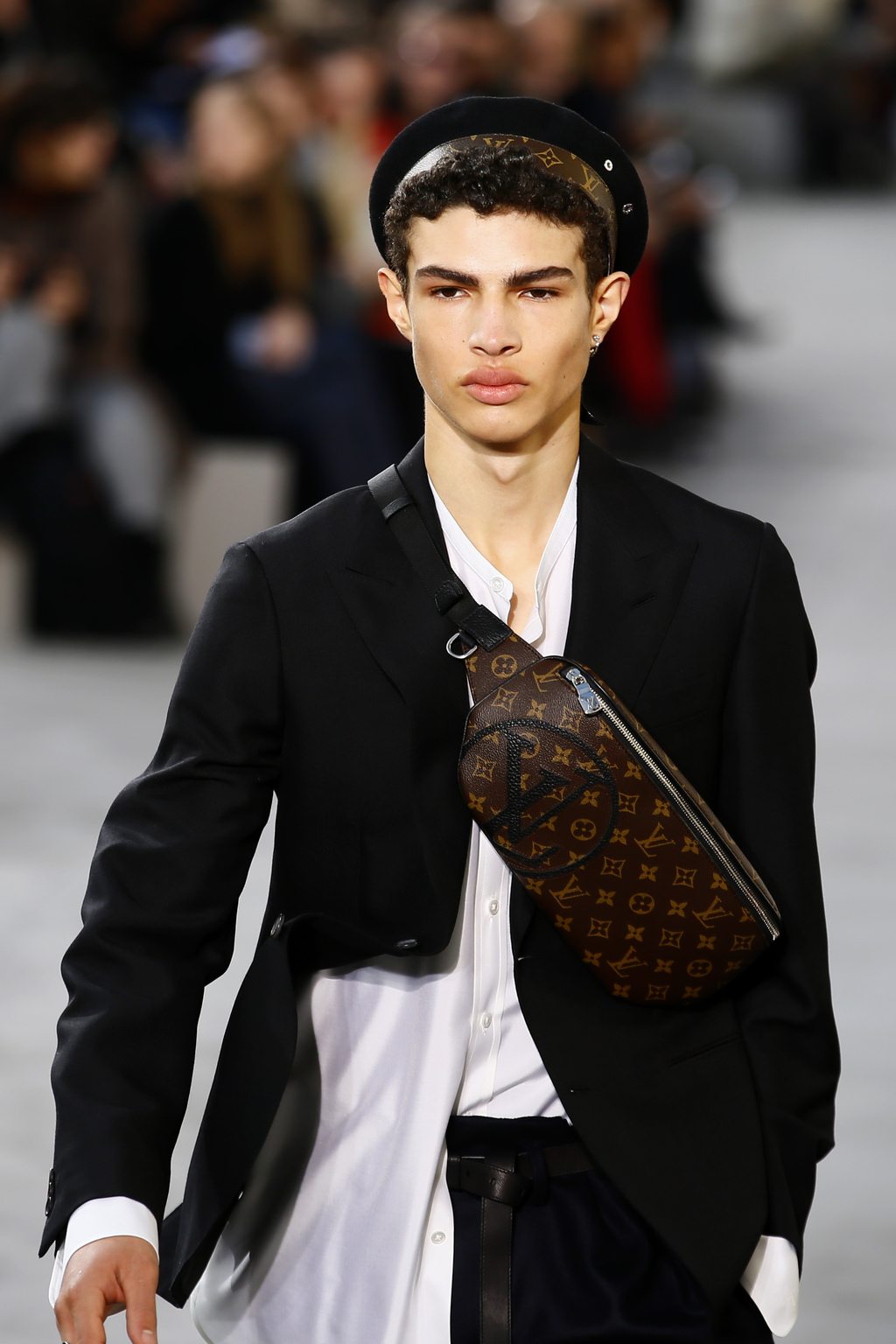 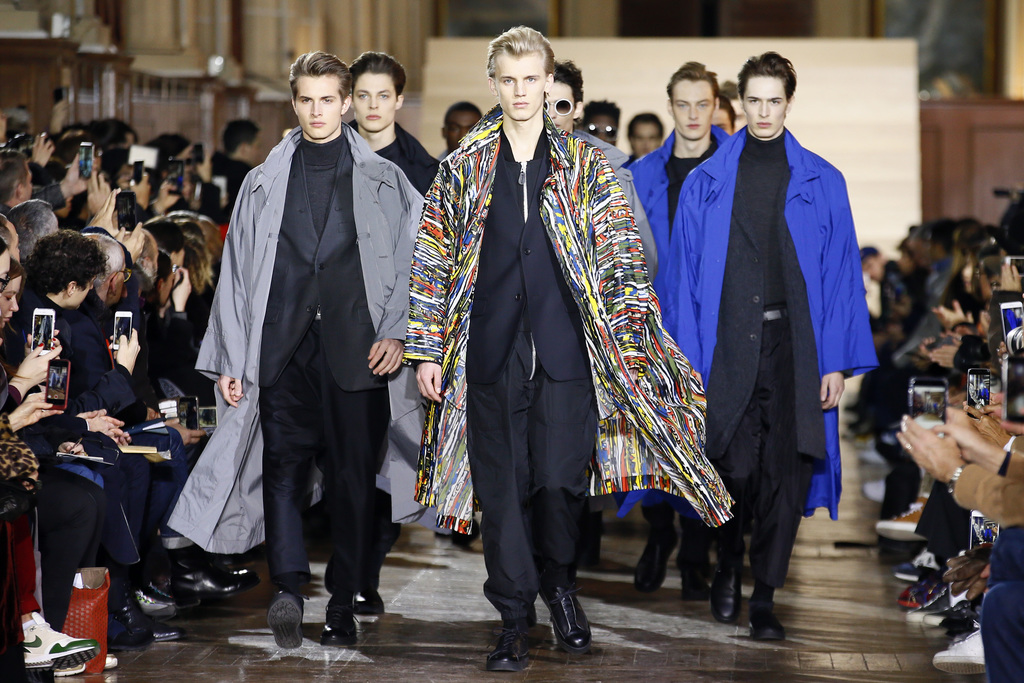 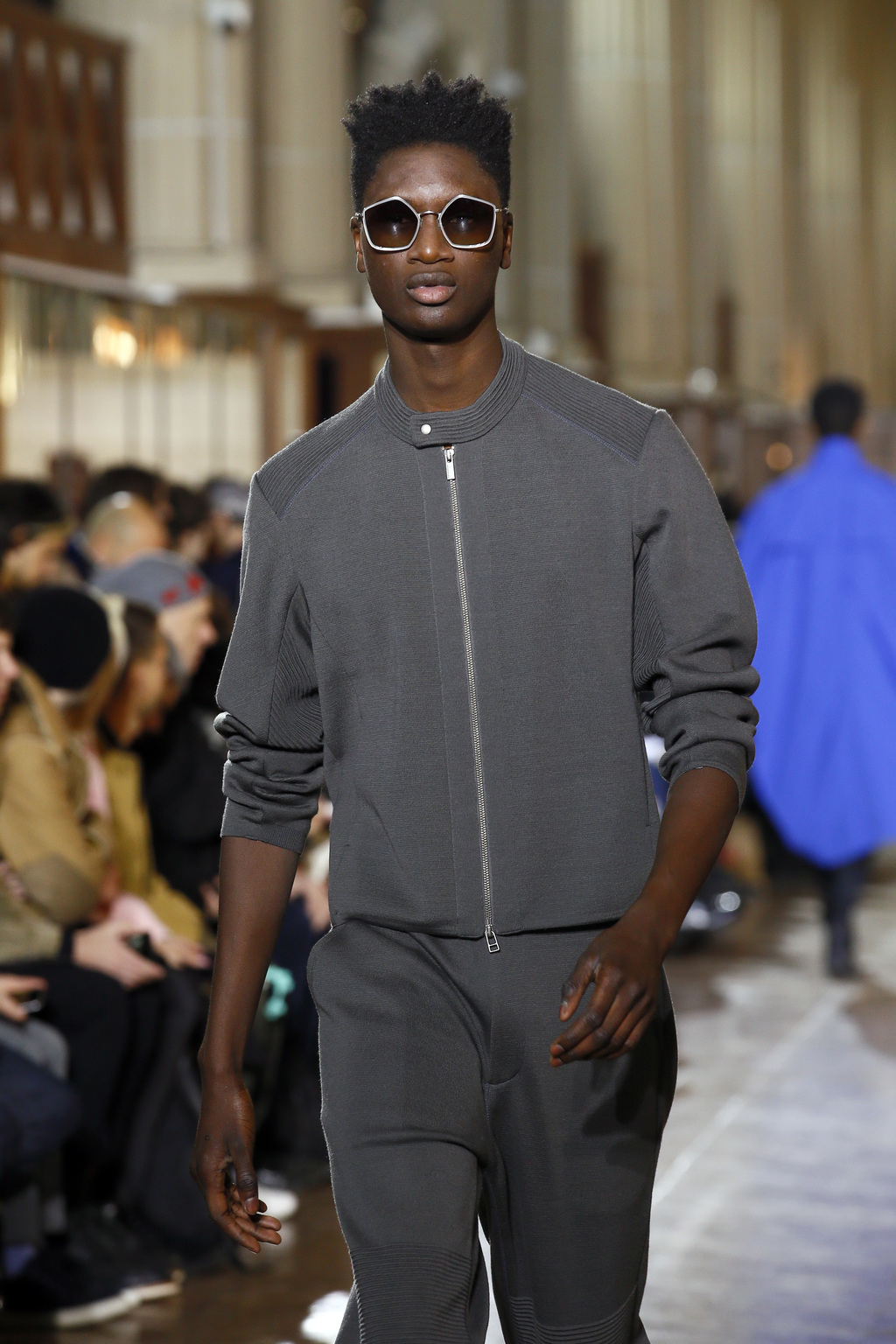 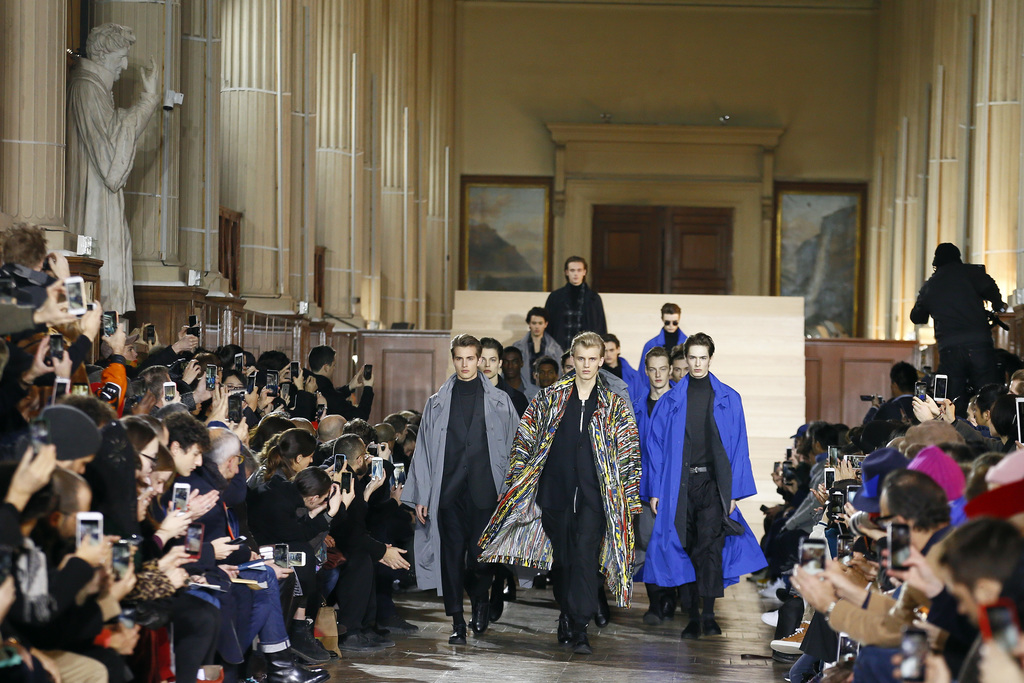 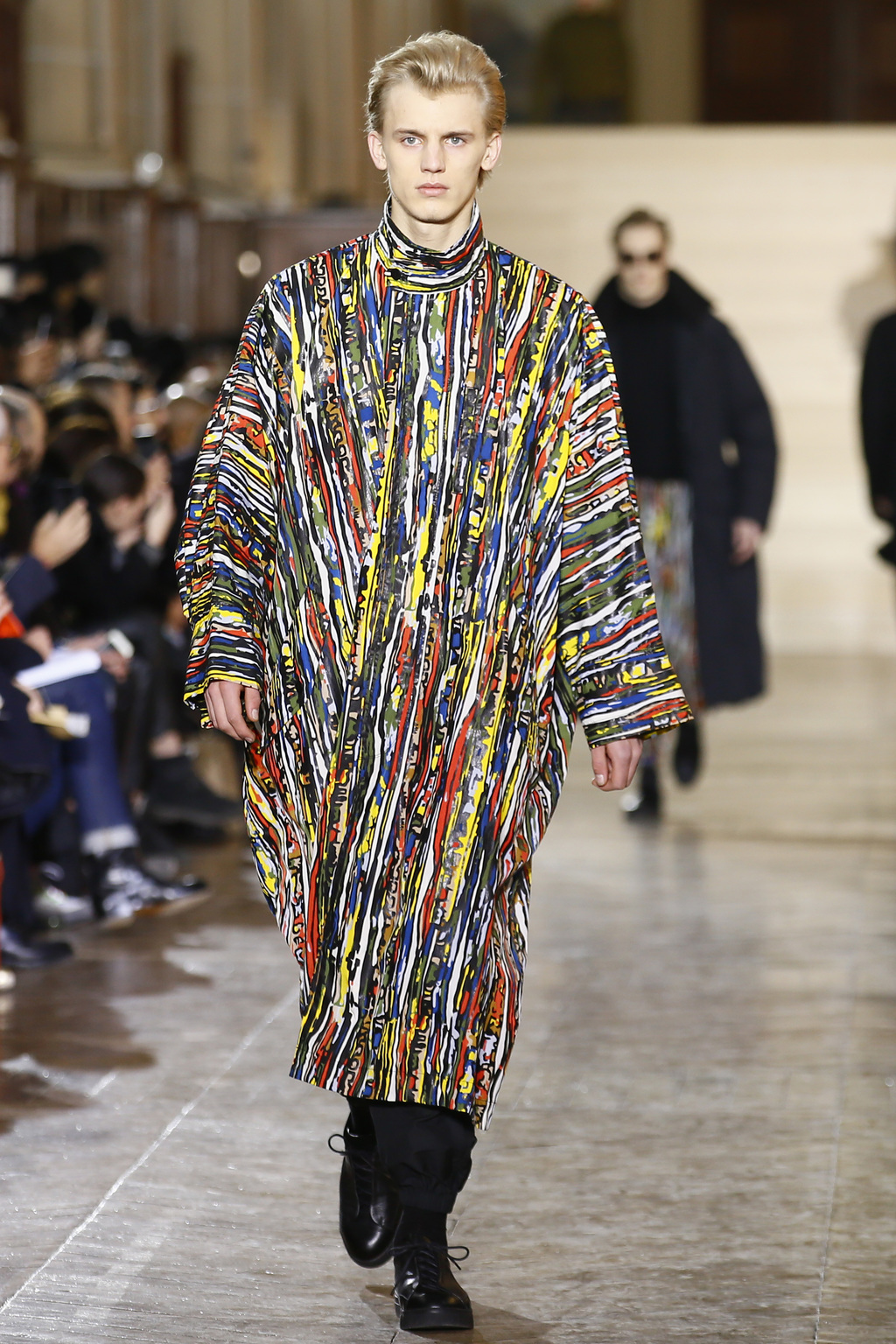 Here are the highlights of the day's fall/winter 2017 shows:

The word "Supreme" printed on the looks paraded down the catwalk just about said it all.

When it comes to fashion shows and celebrity pull, Louis Vuitton is indeed a cut above the rest.

Photographers went wild as Kate Moss arrived with slicked-back hair and dressed to the nines in Louis Vuitton, including leggings and a multicolored sweater.

The 43-year-old model sat next to David Beckham, who opted for a soft-beige Louis Vuitton knit turtleneck and the safety of his shades.

The front row carried additional evidence of the house's PR coup in the forms of Usher, actors James Marsden and Will Poulter, and sports stars Rio Ferdinand and Lewis Hamilton.

A seasoned fashion performer, Moss was the first to dart out of the show venue — and the glare of the cameras — as soon as the display ended.

Travel-conscious Louis Vuitton looked to the Big Apple for inspiration this season, producing a collection that celebrated New York of the 1970s, 1980s and early-1990s.

The chic, loose-tailored coats recalled the late artist Jean-Michel Basquiat in Manhattan and mixed with logo-filled denim to summon the '80s to nice effect.

Excessive glittering jewelry, meanwhile, was more than reminiscent of the heady days of Studio 54.

But this was a Paris show at heart.

The printed French silk shirts, workwear items in luxury cashmere and alligator, as well as the venue — Paris' Palais-Royal) — ensured no one forgot that.

It was a nice touch that reined in the edginess and recalled the heritage house's classical roots.

The only possible drawback of the strong collection was the over-use of the "Louis Vuitton" branding and LV monogram, which tended to distract the eye.

Urban outfits that can weather the extremes of nature was the highly prescient theme at Issey Miyake.

Fashionistas holding coffee cups braved the frosted gardens of Paris' Jardin des Plantes Thursday morning for the fall-winter 2017 collection, with some unfortunate ones slipping on the soil and begrudging the frost.

But the clothes on the catwalk provided some functional ideas for how to join forces with and embrace nature instead.

Textured shirts hand-printed in pop patterns and inspired by white birch forests jazzed up the start of the show.

But the style crescendo came later — in loose sweaters and cardigan jackets conceived in luxurious wool-cut jacquard that reflected the changing hues of autumn leaves.

A 1983 archive coat in divine violet also was a standout, cut beautifully in long billowing proportions of washed nylon taffeta.

Fashionistas might be pleased to know that the garments were, according to the program notes, all lightweight and wrinkle-resistant — and could probably endure other kinds of fall.

Rick Owens conjured an artistic feast Thursday in a surreal mix of gothic styles and abstract plays on (over-)size.

As always for the American-born fashion master, there was method to the madness and great complexity at work behind simple looking silhouettes.

The leitmotif of the 41 designs was the horizontal line.

Lines appeared on coats as paneling or in the grooves of huge, multicolored bubble jacket sections. They were haphazardly banded around the bodies of waif-like models with long grungy hair.

Elsewhere, light fabric was tied around the neck and shoulders to hold it together.

Silhouettes were long and loose — and at times seemed to intentionally unfurl at the seams.

Whatever the intention, it's clear why Owens is so often compared to an artist. Each piece was unique.

Thomas Adamson can be followed at Twitter.com/ThomasAdamsonK