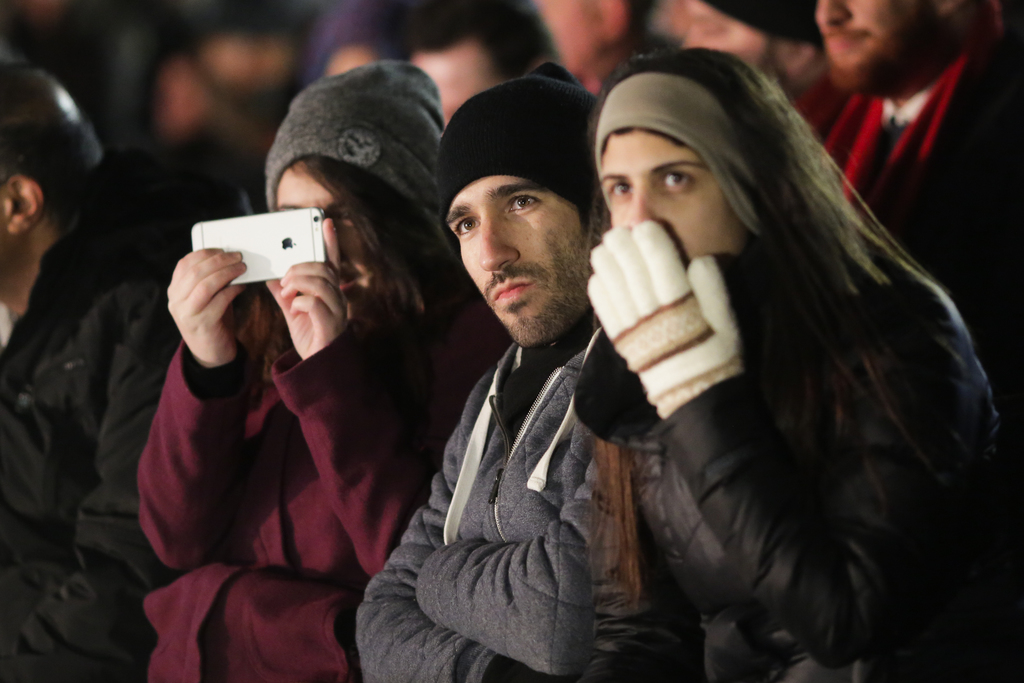 BERLIN (AP) — An Israeli man whose mother was killed in the attack on a Berlin Christmas market lighted a candle on a 10-meter (33-foot) menorah at the city's Brandenburg Gate.

Or Elyakim's mother, Dalia, was one of 12 people killed when a hijacked truck officials said was driven by Tunisian Anis Amri plowed into the market Dec. 19.

Tuesday was the fourth night of Hanukkah, the Jewish Festival of Lights. The eight-night celebration commemorates the re-dedication of the Temple in Jerusalem in the second century BC after its desecration by a pagan ruler.

Rabbi Yehuda Teichtal of the Jewish Community of Berlin said the city's ceremonial menorah lighting in the presence of Christian, Jewish and Muslim representatives was a way "to bring light over darkness."