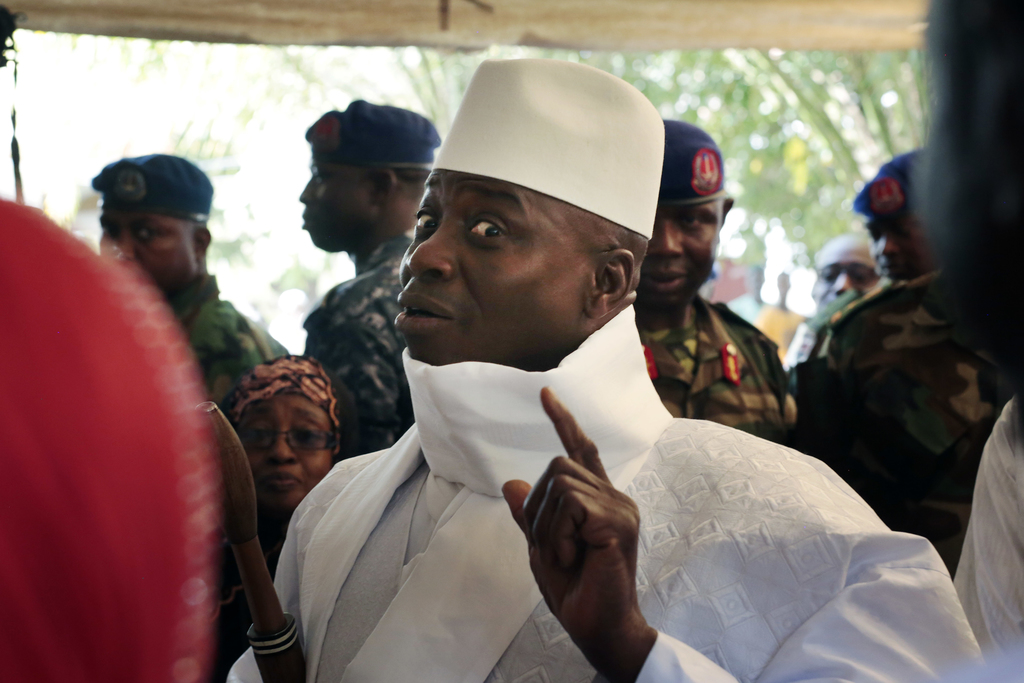 DAKAR, Senegal (AP) — Gambia's longtime ruler Yahya Jammeh says only Allah can deny him victory, vowing to defend himself no matter the cost against growing international pressure for him to accept his election defeat.

He now insists he will not hand over to President-elect Adama Barrow in January, and his party has appealed the election results in court. The case was postponed Wednesday until Jan. 10, just nine days before the scheduled inauguration.

"I will not be intimidated by any power in this world. I want to make sure that justice is done. I am a man of peace, but I cannot also be a coward," he told a meeting of the African Bar Association that was aired on television.

"Nobody can deprive me of that victory except the almighty Allah," he vowed.

Jammeh also criticized the regional bloc known as ECOWAS, accusing his fellow West African leaders of violating Gambia's sovereignty. Several of the leaders met with him during a visit last week as the political crisis grew, and an ECOWAS summit over the weekend ended with all leaders saying they'll attend Barrow's inauguration.

The U.N. Security Council has again urged Jammeh to respect the election results and transfer power to Barrow by Jan. 19. The council also called on Gambian defense and security forces to "demonstrate maximum restraint to maintain an atmosphere of calm" in the capital.

Jammeh seized power in a coup more than 22 years ago, and human rights groups say his regime has violently suppressed the opposition throughout his rule. Tens of thousands have sought exile abroad, and Gambia is among the countries with the most citizens trying to reach Europe by perilous boat journeys each year.