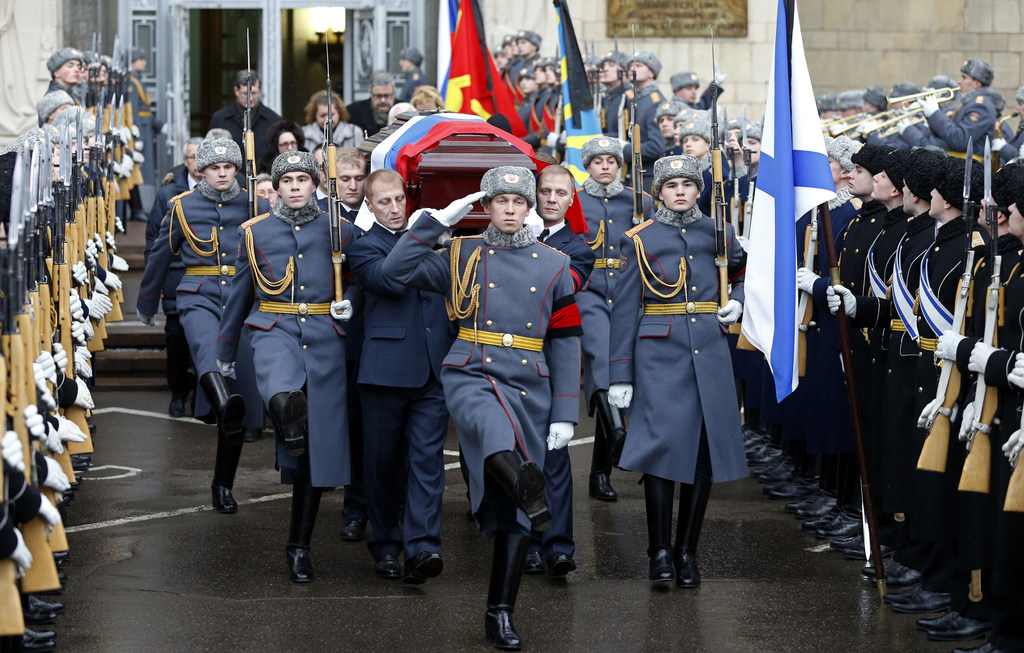 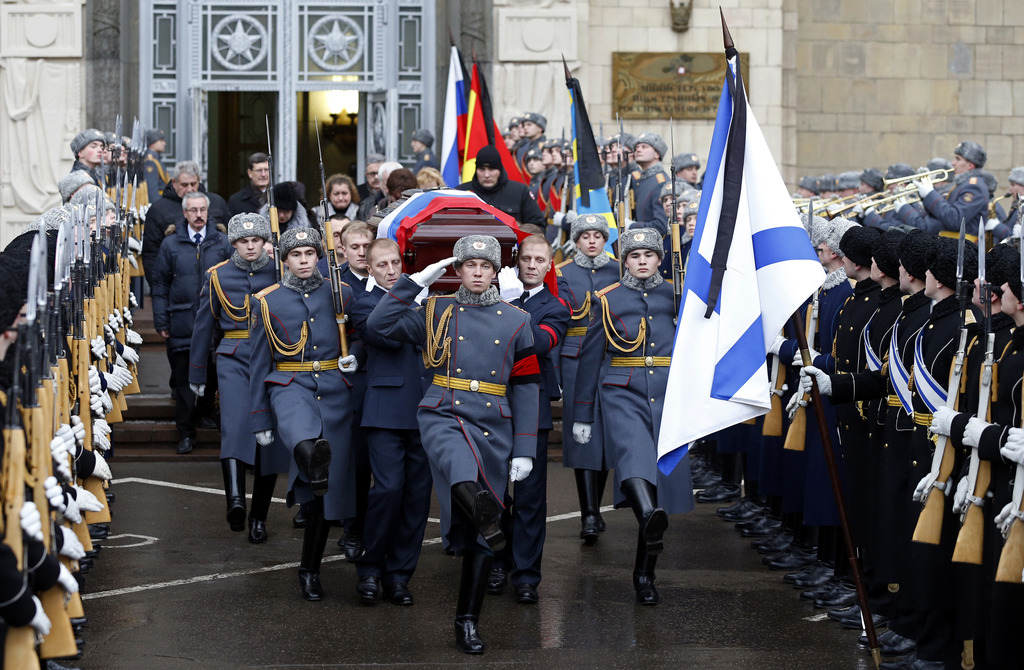 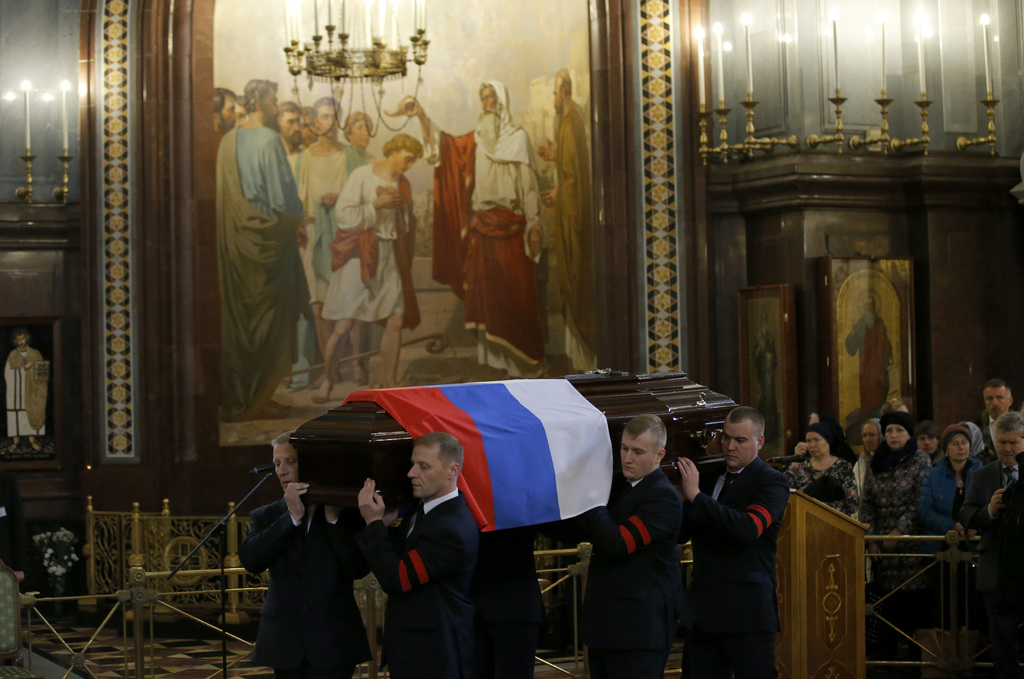 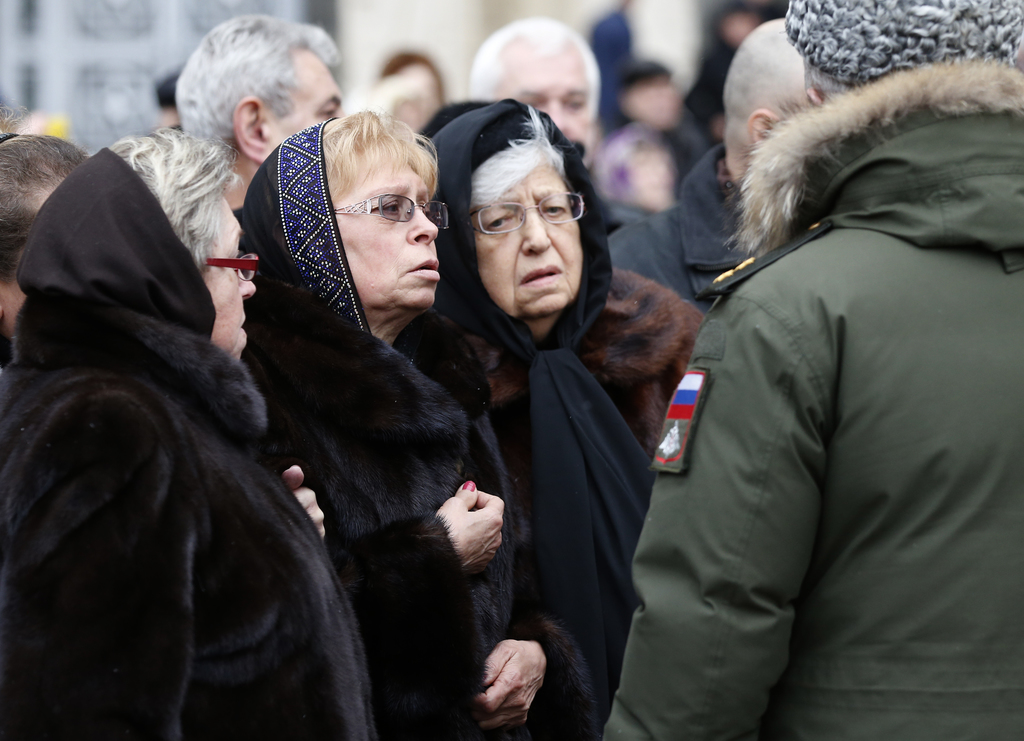 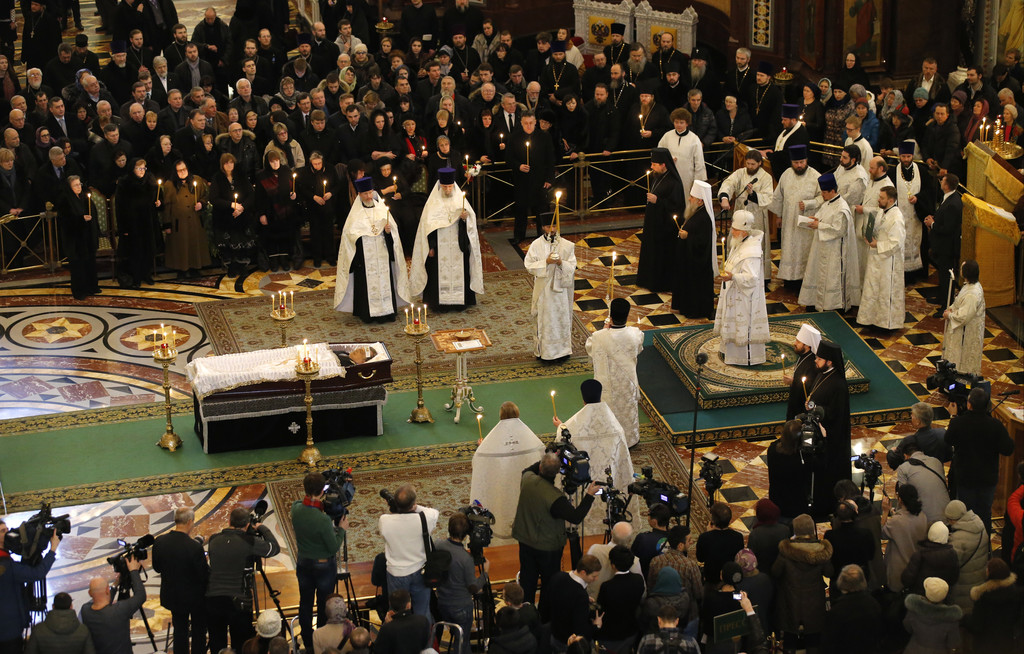 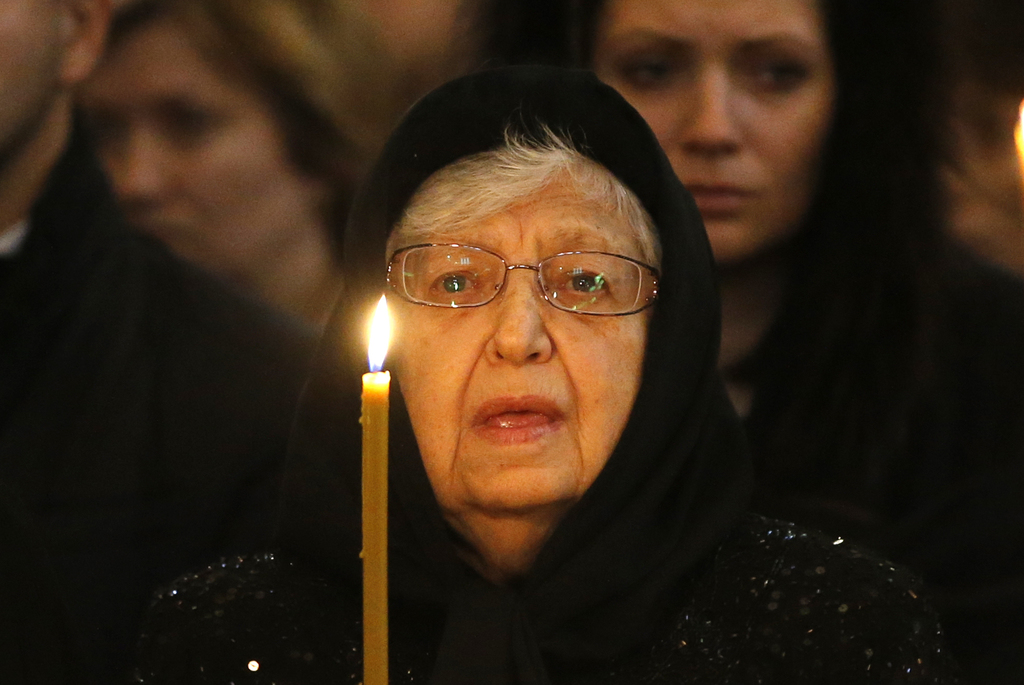 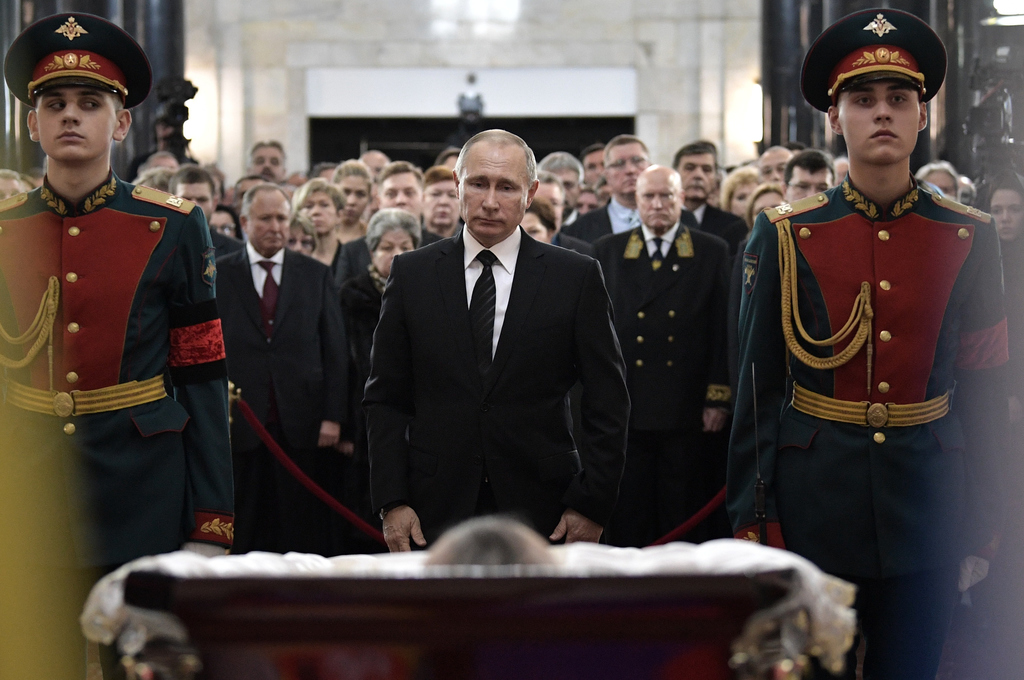 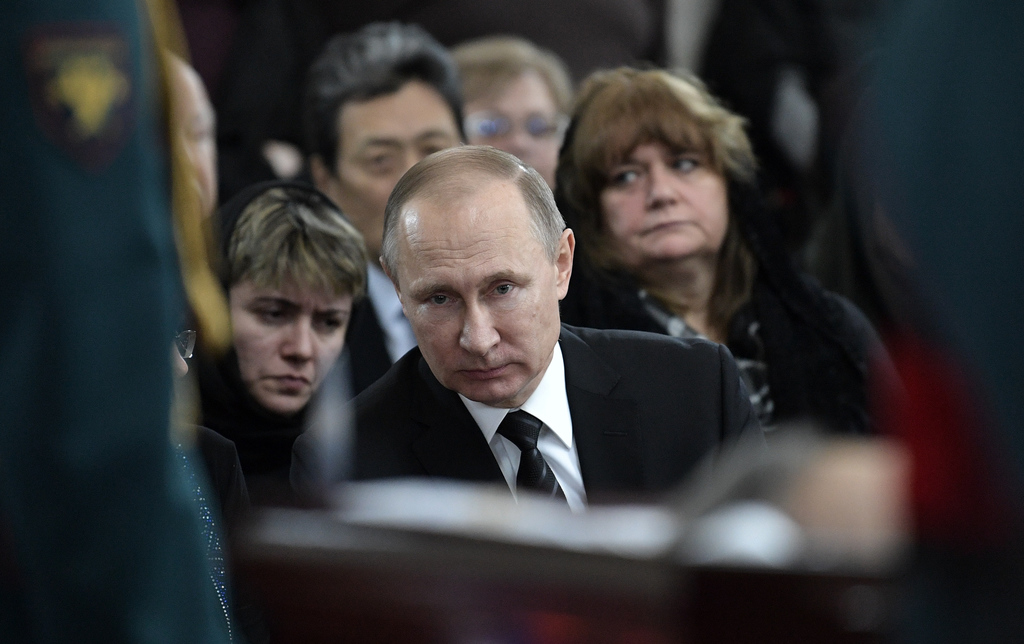 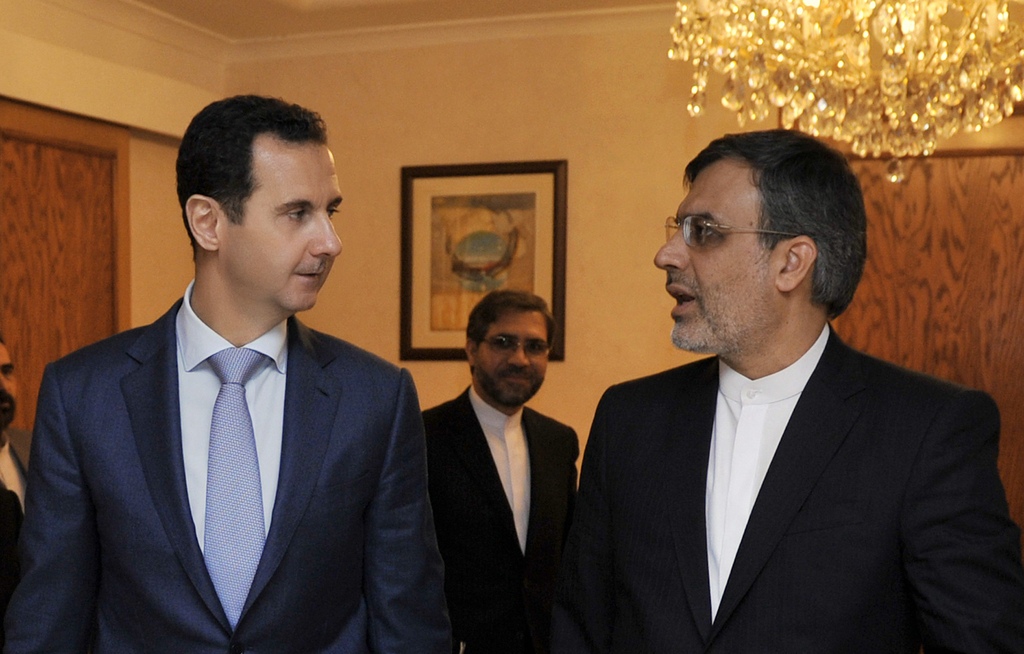 A statement by the Syrian armed forces says the northern city of Aleppo has returned to government control, ending a four-year rebel hold over parts of the city.

The statement broadcast on Syrian TV said the army has re-established "security" in the northern city after the last rebels evacuated from their final toe-hold in the eastern parts of the city.

The Syrian government's recapture of Aleppo is a major turning point in the Syrian civil war with potentially powerful political repercussions.

It represents a momentous victory for President Bashar Assad and a crushing defeat for Syria's opposition which will struggle to forge a way forward.

The ancient city has been divided into rebel and government parts since 2012.

A Syrian monitoring group says 47 civilians have been killed in Turkish airstrikes on the Islamic State-held town of al-Bab.

The Britain-based Syrian Observatory for Human Rights says 14 children were killed in the strikes Thursday on the northern town. Earlier in the day, the Observatory reported 24 civilians had been killed.

The fight for al-Bab has grown increasingly costly as Turkish and Syrian opposition forces close in. The Turkish military said 16 of its soldiers were killed in the battle this week.

The IS-run Aamaq News Agency said 50 civilians were killed in air strikes Thursday. It circulated images of a tank and other military gear it reported to have seized from fleeing Turkish forces.

A U.N. spokesman says evacuations are continuing from besieged neighborhoods in eastern Aleppo, with the operation believed to be in its final stages.

Farhan Haq tells reporters that U.N. monitors at a government checkpoint in Aleppo observed thousands departing from east Aleppo in private vehicles overnight and Thursday. Some vehicles struggled to advance in a snow storm and sub-zero temperatures.

He said that since Dec. 21, 435 wounded and sick people have been evacuated, with 95 people in critical condition transferred to Italy and rural western Aleppo

Syrian state-owned media is reporting that the last batch of rebels is now evacuating eastern Aleppo with their families.

Al-Ikhbariya said the Syrian military is expected to announce Aleppo a fully "liberated" city once the last rebels leave.

The evacuations were sent in motion last week after Syria's opposition agreed to surrender its last footholds in eastern Aleppo, effectively ending the opposition's four-year hold over parts of the city.

A top Russian diplomat says President Bashar Assad's future is not on the agenda of Syria talks involving Russia, Iran and Turkey.

Foreign ministers of the three countries sat down for talks on Tuesday in what Moscow said was the "most effective format" to bring an end to the war in Syria.

Western nations have long demanded Assad step down as part of any settlement, while Russia and Iran have provided extensive diplomatic and military support to his government.

Sergei Ryabkov, Russia's deputy foreign minister, said in an interview with the RIA Novosti news agency Thursday that Assad's future is "absolutely not a topic for discussion right now" between Russia, Iran and Turkey.

A Syrian monitoring group says at least 24 civilians have been killed in Turkish airstrikes on the Islamic State-held town of al-Bab.

The Britain-based Syrian Observatory for Human Rights says Turkish jets raided the northern town Thursday, and that seven children were among the dead.

The fight for al-Bab has grown increasingly perilous as Turkish and Syrian opposition forces close in on the town. The Turkish military said 16 of its soldiers were killed in the battle this week.

The IS-run Aamaq News Agency circulated video late Wednesday purporting to show Turkish airstrikes on the town. It reported a bakery had been destroyed. Jets could be heard flying overhead. It was snowing.

Turkey's defense minister says two Turkish soldiers wounded in a battle to retake an Islamic State-held town in northern Syria have died, raising the death toll in two days of fighting to 16.

Fikri Isik told Turkey's parliament that the two died Thursday from wounds that were sustained in three separate IS suicide attacks in the town of al-Bab a day earlier.

Thursday's fatalities bring the number of Turkish soldiers killed so far in northern Syria to 37.

Isik says more than 1,000 IS militants have been killed in the Turkish-backed offensive, entitled Euphrates Shield.

Syrian President Bashar Assad says the "victory" in the northern city of Aleppo is not only for Syria but for all countries fighting terrorism, especially Russia and Iran.

Iran and Russia have been Assad's strongest backers since the civil war began in March 2011.

Syrian rebels are withdrawing from Aleppo as part of a Russian-Turkish deal that would bring the country's largest city under Assad's control and mark his biggest victory in more the five years.

Assad says the advance in Aleppo is a "major step on the road to wiping out terrorism" in Syria and will contribute to efforts to end the war.

Patriarch Kirill, head of the Russian Orthodox Church, has led a funeral service for Russia's ambassador to Turkey, who was shot dead on Monday.

In his eulogy at the beginning of the service, held at Moscow's main Christ the Savior Cathedral, Kirill referred to Andrei Karlov as a "martyr."

He told mourners that Karlov "will enter God's kingdom and he will receive the Lord's grace thanks to our prayers and his death as a martyr."

Kirill and other clerics, all dressed in ceremonial white robes, led the service, which was expected to last for at least an hour before Karlov's body is taken to the cemetery.

Karlov was shot dead by an off-duty policeman in front of stunned onlookers at a photo exhibition in Ankara earlier this week.

Turkey's state-run news agency says authorities have released the family members of the policeman who killed the Russian ambassador.

The policeman's parents, sister and three other relatives were among 11 people detained over the killing of Ambassador Andrei Karlov as he delivered a speech at the opening of a photo exhibition in Ankara. The policeman, Mevlut Mert Altintas, was later killed in a police operation.

The Anadolu Agency says the six family members were released Thursday without charges. Those still in custody include Altintas' roommate.

A ceremony for Karlov, to be attended by President Vladimir Putin, was being held in Moscow.

The International Committee of the Red Cross says the evacuation of the last remaining civilians and fighters from a rebel-held enclave in eastern Aleppo will be completed in the coming hours.

Spokeswoman Ingy Sedky says the few thousand remaining people will be evacuated Thursday in 40 buses and hundreds of private cars. She says another four buses will leave the besieged government-held villages of Foua and Kfarya in the northwestern Idlib province.

Sedky says the operation will take place over multiple stages and be completed later on Thursday.

The evacuations were set in motion last week after Syria's opposition agreed to surrender its last footholds in eastern Aleppo. Since then, about 25,000 fighters and civilians have been bused out, according to the United Nations.