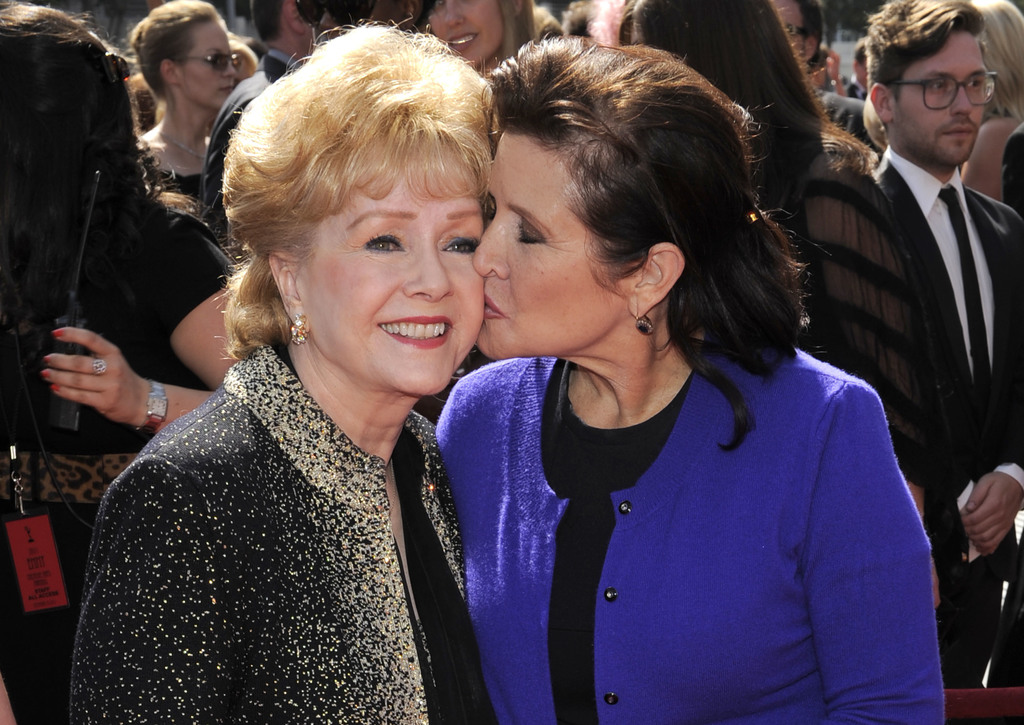 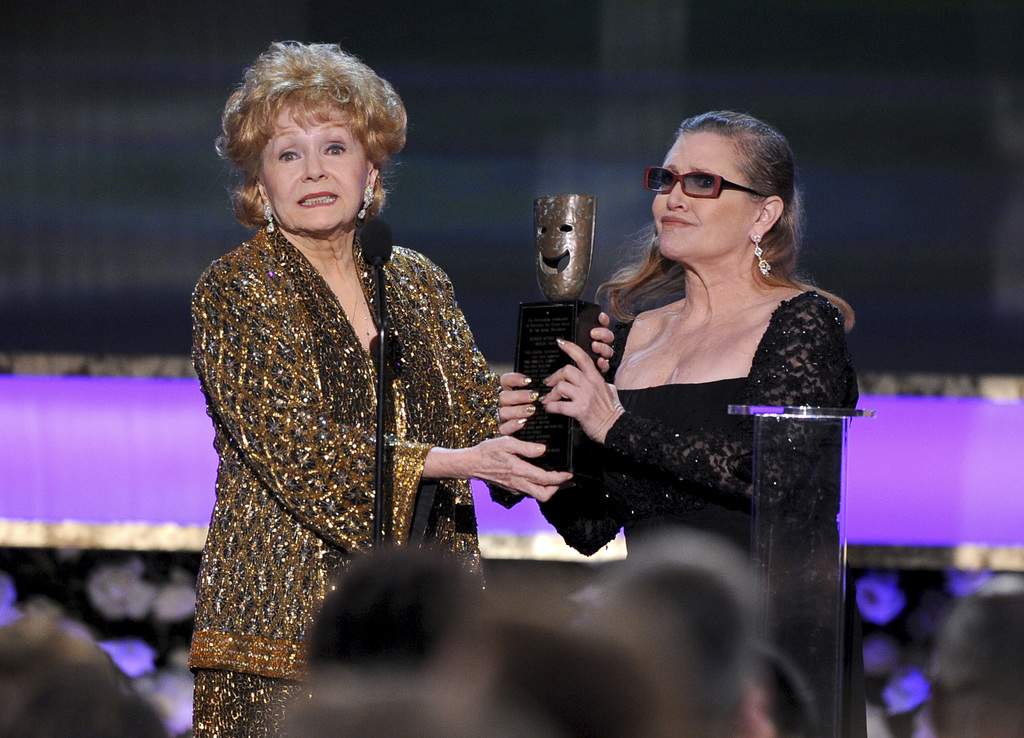 NEW YORK (AP) — Carrie Fisher played a supporting role at her own birth.

In her 2008 memoir, "Wishful Drinking," she described the scene. Doctors were running to see her mother, Debbie Reynolds ("At 24 she looked like a Christmas morning," wrote Fisher). Nurses, meanwhile, were rushing to glimpse her father, the crooner Eddie Fisher.

"So when I arrived I was virtually unattended," wrote Fisher. "And I have been trying to make up for that ever since."

Thus began one of the more complicated, thoroughly documented and ultimately tender mother-daughter relationships in Hollywood, one both strained by celebrity and deepened through fiction. (Fisher's father, who ran off with Elizabeth Taylor, was soon out of the picture.)

As stars from different eras, they could hardly have been more different. Reynolds, the wholesome MGM star of "Singin' in the Rain," was the sunny, all-American icon of the 1950s. Fisher, the "Star Wars" princess who comically rebelled against conventional stardom, was the candid, drug-using symbol of Baby Boomers. Their relationship underwent dramatic swings, much of it chronicled in Fisher's books, and in their big-screen alter-egos: Suzanne Vale (Meryl Streep) and Doris Mann (Shirley MacLaine) in "Postcards From the Edge," the adaptation of Fisher's semi-autobiographical novel.

But Reynolds and Fisher had this in common: They were both show-business survivors.

Reynolds, three-times divorced, weathered cheating men and swindlers who bilked her for millions. Fisher persisted through bipolar disorder and drug addiction. When the two appeared on "The Oprah Winfrey Show" in 2011 to celebrate their relationship, Fisher said: "I'm not afraid of almost anything. And that's a lot because of your example."

That Reynolds, 84, and Fisher, 60, died a day apart — Reynolds on Wednesday, Fisher on Tuesday — was a tragic if not poetic end for a mother and daughter who bridged the gulf that was once between them.

"She said, 'I want to be with Carrie,'" Todd Fisher, Reynolds' son, told The Associated Press. "And then she was gone."

Such a poignant last sentiment was once unfathomable. The two were estranged for nearly a decade in Fisher's 20s. "I didn't want to be around her," Fisher once said. "I did not want to be Debbie Reynolds' daughter."

"She was so beautiful, and I dreamed of looking like her one day," Fisher wrote in her memoir. "I think it was when I was ten that I realized with profound certainty that I would not be, and was in no way now, the beauty that my mother was. I was a clumsy-looking and intensely awkward, insecure girl. I decided then that I'd better develop something else — if I wasn't going to be pretty, maybe I could be funny or smart."

It wasn't only the considerable shadow of her mother that Fisher recoiled from. It was, she often said, being forced to share her with the wider public. (A documentary on their relationship is to air in the new year on HBO.)

"It took like 30 years for Carrie to be really happy with me," Reynolds told People magazine in 1988. "I don't know what the problem ever was. I've had to work at it. I've always been a good mother, but I've always been in show business, and I've been on stage and I don't bake cookies and I don't stay home."

Reynolds performed frequently while raising two children. That created some distance for Fisher, who recalled phone calls from her mom beginning, "Hello, dear, this is your mother, Debbie." The child-of-a-star peculiarities were sometimes surreal. Reynolds, for example, had Cary Grant give Fisher a "don't do drugs" speech when she began developing a taste for them as a teenager. Later, in "Postcards from the Edge," Fisher depicted the mother as the center of attention even at her daughter's homecoming from rehab.

"There have been a few times when I thought I was going to lose Carrie," Reynolds told Winfrey. "I've had to walk through a lot of my tears. But she's worth it." She added: "Carrie and I have finally found happiness. I always feel as a mother does, that I protect her."

Fame, of course, eventually found Fisher, too. Reynolds sometimes called herself "Princess Leia's mother." Navigating celebrity, disappointing men and depression, the two increasingly found common ground. Before Fisher became an outspoken advocate for mental health issues, Reynolds co-founded a group that has raised millions for mental health. "And four and a half million of that money is allocated just for me," joked Fisher, introducing her mother at the 2015 Screen Actors Guild Awards.

"She's an immensely powerful woman, and I just admire my mother very much," Fisher told NPR's Fresh Air last month. "There's very few women from her generation who worked like that, who just kept a career going all her life, and raised children, and had horrible relationships, and lost all her money, and got it back again. I mean, she's had an amazing life, and she's someone to admire."

Their relationship, in all its complexity and candor, grew to be truer than the celebrity that surrounded it. Fisher may have been unattended at birth, but she was joined in death.

This story drops the incorrect reference to Reynolds and Fisher dying in the same hospital.