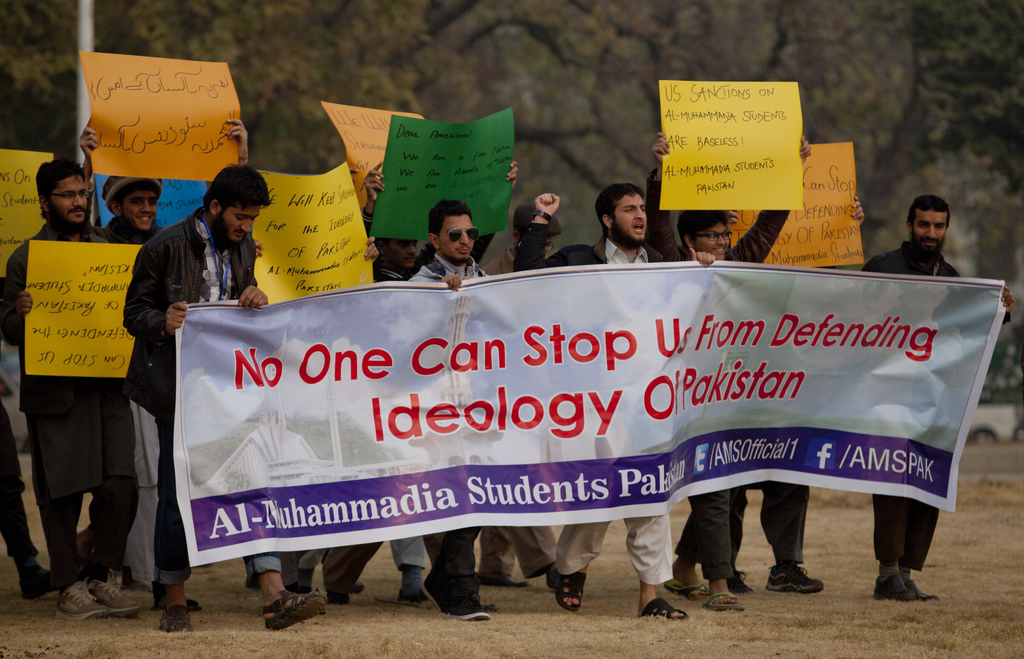 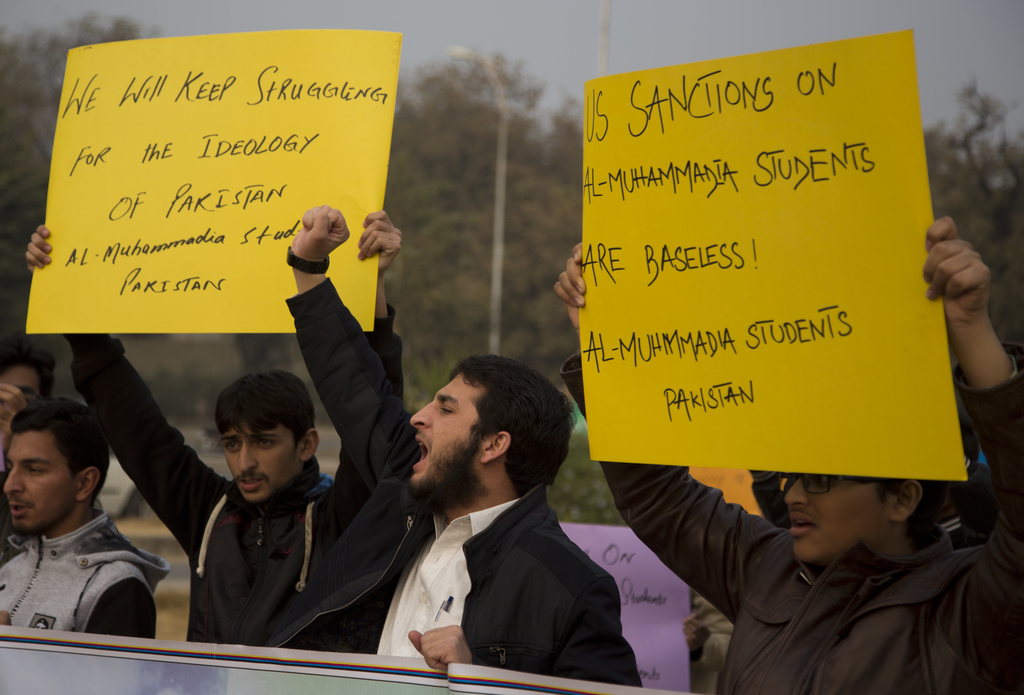 ISLAMABAD (AP) — Dozens of activists from a student wing of the banned anti-India Lashkar-e-Taiba militant group have rallied in Islamabad to condemn a recent U.S. ban on their organization.

At the Friday protest, Hafzala Ahmed, an Al-Muhammadia Students activist, said that they are being maligned by Washington to appease India. He said they are not linked to Lashkar-e-Taiba, which was founded by Pakistani cleric Hafiz Saeed. India blames Lashkar-e-Taiba for the 2008 Mumbai terror attacks that killed 166 people.

Pakistan has banned Lashkar-e-Taiba but Saeed still operates openly in the country.

He often addresses rallies against India on the issue of Kashmir, which is divided between Pakistan and India and claimed by both.