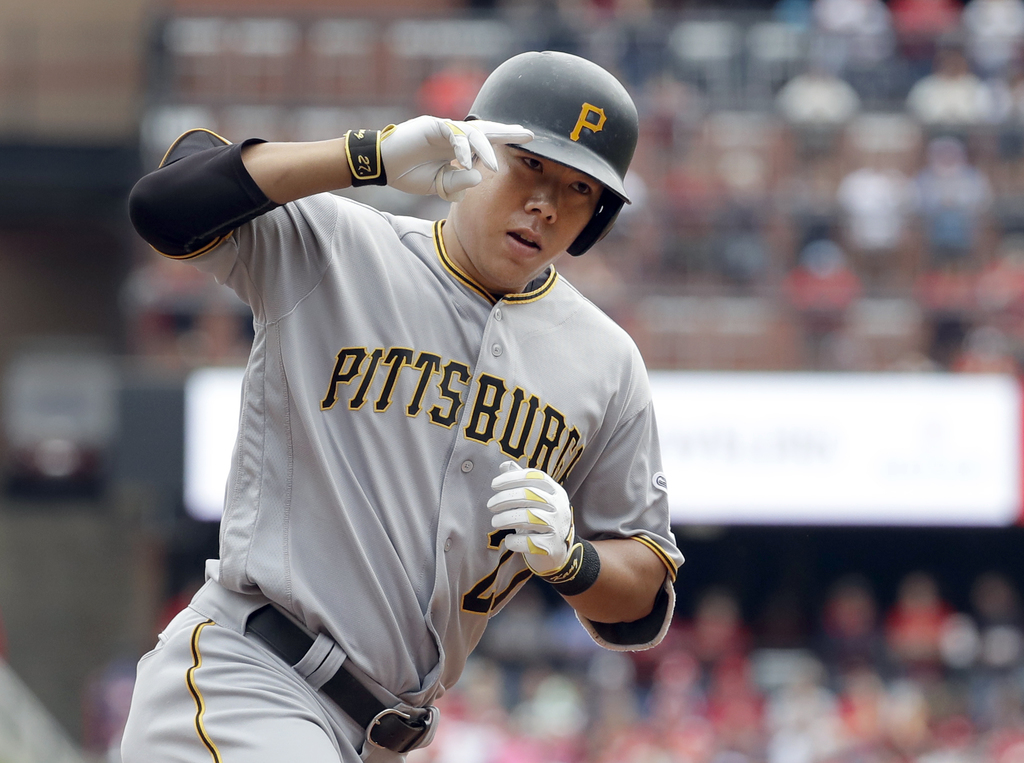 SEOUL, South Korea (AP) — Police in South Korea are investigating Pittsburgh Pirates infielder Jung Ho Kang for allegedly crashing a luxury car while driving under the influence of alcohol and then leaving the scene.

Police are also investigating whether Kang asked a friend to falsely report who was driving the vehicle when the accident occurred early Friday morning, according to an official at Seoul's Gangnam district police station who spoke on condition of anonymity.

According to police, Kang didn't stop after driving a rented BMW into a guardrail at around 2:48 a.m. while returning to his hotel in southern Seoul. The crash damaged the guardrail, and the vehicle, and the debris hit a car parked nearby. The person in the parked car reported the matter to police.

A 29-year-old man who was in Kang's vehicle initially claimed to be the driver. But police questioned Kang after the vehicle's security camera showed him driving it.

Police said Kang's blood alcohol level at the time of the crash would have been 0.084 percent, beyond the country's 0.05 percent legal limit. Kang has so far denied asking or intimidating the friend into falsely reporting to police, the police official said.

Pirates President Frank Coonelly issued a statement saying the club was aware of the serious charges filed against Kang.

"We are extremely disappointed in Jung Ho and in his decision process during this matter," Coonelly said. "I know first-hand how foolish and dangerous it is to drive under the influence and am most thankful that, as we understand it, no one was injured.

"We will have further comment once we have been able to gather all of the relevant facts and speak with the player."

Kang, 29, signed a four-year, $11 million deal with the Pirates in 2015 after Pittsburgh paid his Korean club, the Nexen Heroes, $5 million to negotiate with the slugger. He hit .287 with 15 home runs and 58 RBIs for the Pirates during his rookie season, which ended abruptly in September when Kang injured his left knee while at the receiving end of a takeout slide by Chris Coghlan of the Chicago Cubs.

Kang hit 21 home runs and 62 RBIs in 103 games in 2016, but his second season in the majors also included an off-the-field incident in Chicago in June when a 23-year-old woman reported being assaulted by Kang at a hotel. The woman's name has not been released and Kang has not been charged.

The incident in Seoul on Friday adds to a turbulent week for the Pirates, who are also exploring trade offers for All-Star centerfielder Andrew McCutchen. The 2013 NL MVP, a five-time All-Star, is coming off the worst season of his career and still has two years remaining on a contract that will pay him $14 million in 2017 and carries a $14.75 million club option for 2018.

AP Sports Writer Will Graves in Pittsburgh contributed to this report.