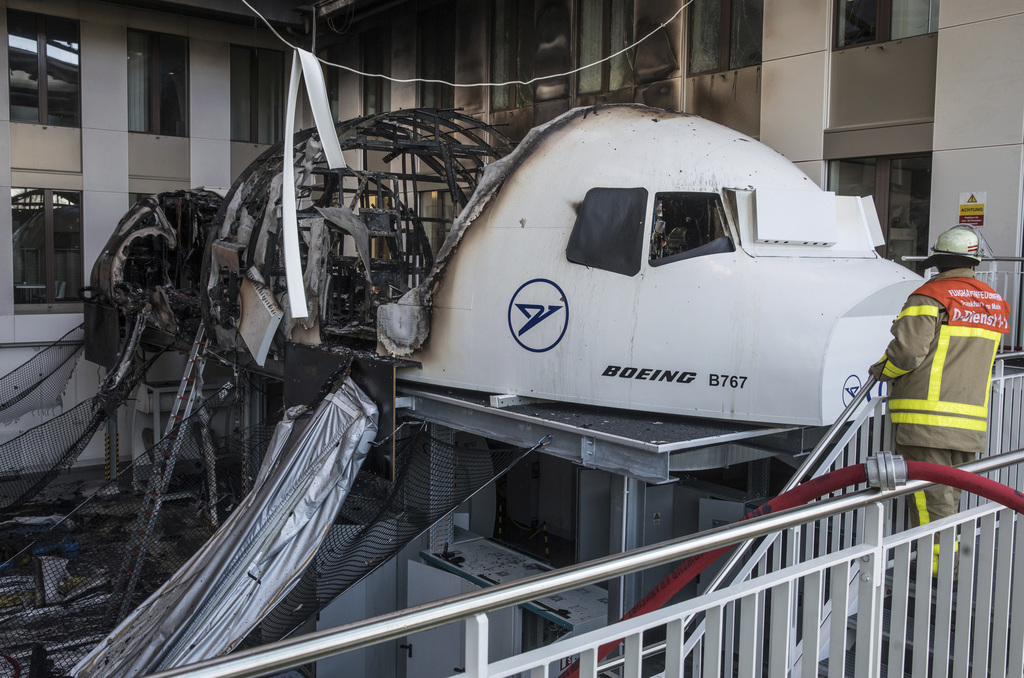 BERLIN (AP) — A flight simulator has caught fire in an office building at the Frankfurt airport, forcing some 200 people to evacuate.

The fire service says one person was taken to a hospital suffering from the effects of smoke inhalation. The blaze on Thursday was extinguished within 45 minutes.

Police told German news agency dpa that a technical fault likely was to blame for the fire at the building belonging to German airline Condor.

Firefighters say the simulator, much of which burned out, contained a replica passenger cabin.