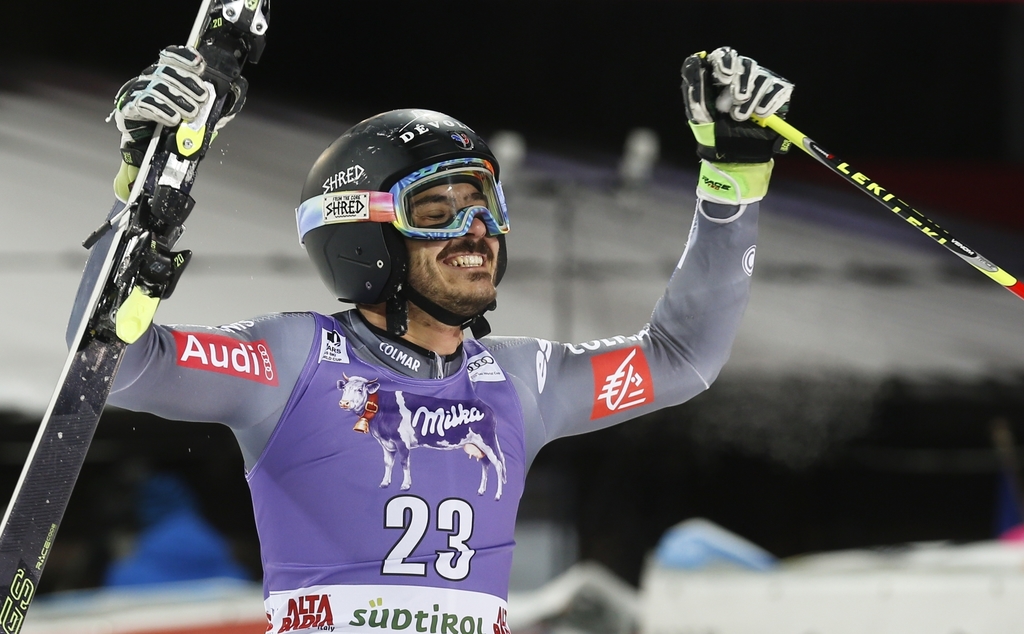 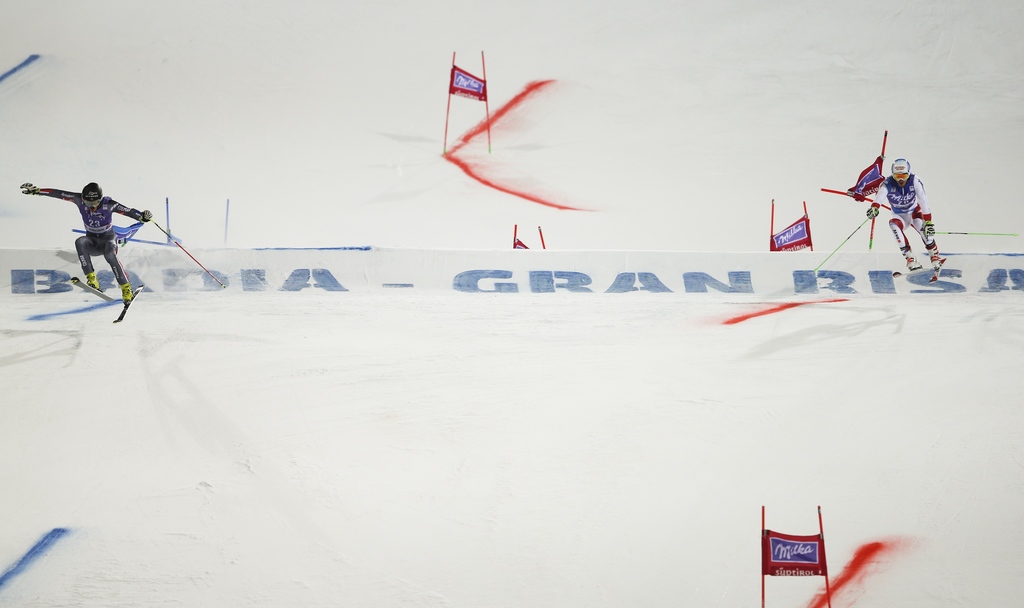 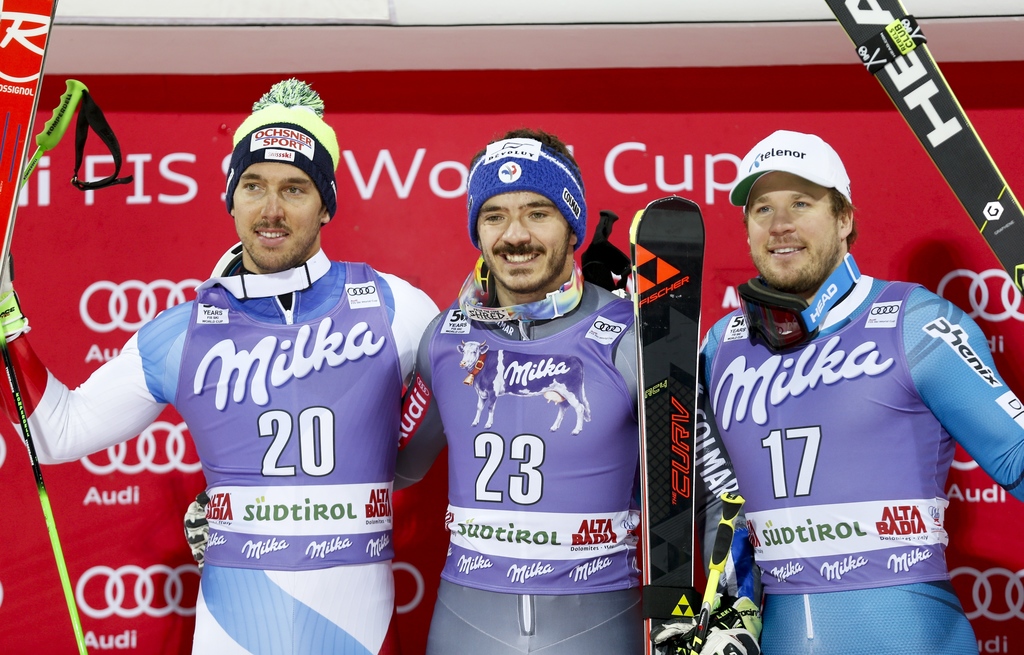 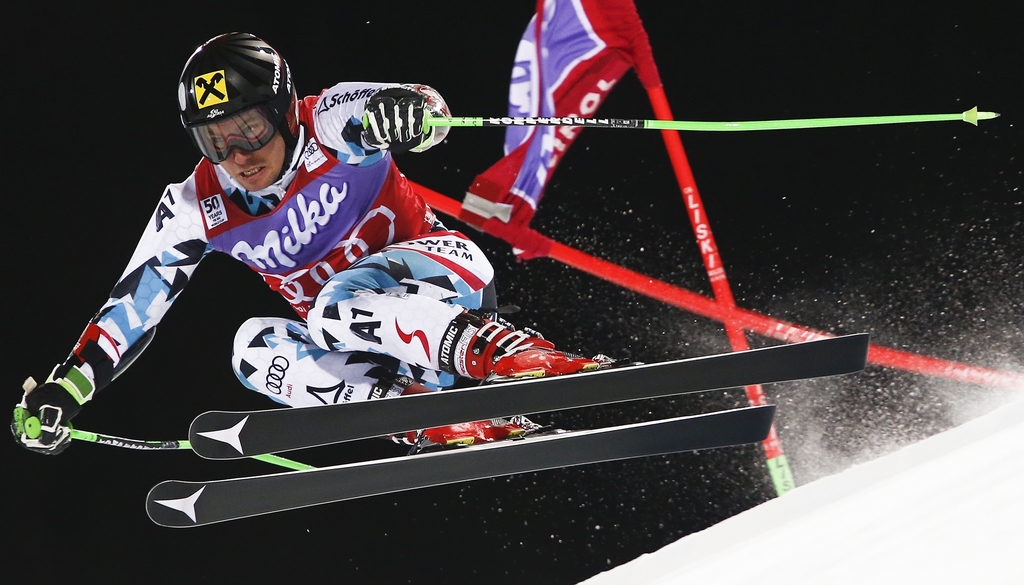 LA VILLA, Italy (AP) — As far as unheralded French skier Cyprien Sarrazin was concerned, the unusual parallel giant slalom was just like any other race.

Displaying tunnel-like focus, Sarrazin claimed the first victory of his career in the rapid-fire night race on Monday, while overall World Cup leader Marcel Hirscher was eliminated in the first round for the second consecutive year in Alta Badia.

"I was so focused on my race that I wasn't even looking who was next to me," Sarrazin said.

Competing in just the seventh World Cup race of his career, Sarrazin edged former overall champion Carlo Janka of Switzerland by 0.10 seconds in the single-run final.

"Of course I know who Janka is but I wasn't concerned about him," Sarrazin said.

Sarrazin's previous best finish was 24th in a traditional giant slalom earlier this month. Slightly more than two weeks ago, he won his first race on the second-tier Europa Cup circuit, a traditional GS in Sweden.

"I never even dreamed of winning a World Cup," Sarrazin said. "I just wanted to ski as fast as possible. This is my first experience in a parallel race so it's quite a surprising result."

France's Steve Missillier eliminated Hirscher in the two-run opening round of the 32-man tournament-style bracket.

The nations team event, which features the similar discipline of parallel slalom, will make its Olympic debut at the 2018 Winter Games in Pyeongchang.

"It's fun to race and it's good on TV and for the crowd in the finish area," Janka said.

Needing to complete six runs to win, skiers were shuttled back up to the start after each run on off-road vehicles after making brief pit stops with their ski technicians.

Swiss racer Justin Murisier nearly crashed into Sarrazin in the first round, invading the Frenchman's course after losing control.

"I didn't even notice," Sarrazin said.

Racers wore protective non-abrasive underwear to prevent cuts from the razor-sharp edges of their opponent's skis in case of crashes.

Only the opening round featured two runs and Hirscher had a wild first trip down the Gran Risa course, nearly losing control over a jump, then crossing the line with his right ski high in the air as he leaned over to stay upright.

Hirscher trailed by 0.13 in the opening run and won the second by 0.06 but it wasn't enough for the Austrian, who on Sunday matched Alberto Tomba for a record fourth GS — the traditional kind — on the Gran Risa.

Hirscher still holds a comfortable 171-point lead over Jansrud in the overall standings, and he remained in front of Alexis Pinturault — who was eliminated by Andre Myhrer of Sweden in the second round — in the GS standings

Some of the more technical skiers suggested that the format favors the bigger and more muscular downhill racers — evidenced by Jansrud edging Aksel Lund Svindal in last year's parallel.

"There are less turns and a lot of rolls, something I can to relate to as a speed skier and that's an advantage but you need be a good skier to pull it off," Jansrud said.

Jansrud collected a 20,000 euro prize for collecting the best results over the four races in Val Gardena, where he won a super-G, and Badia.

Last week, Jansrud announced that if a Norwegian skier won the prize they would give the money to the team's coaches for the squad's annual season-ending party.

"So now I guess I have to honor my word," Jansrud said. "They deserve a big party so I'm happy to say that the party fund just increased by a lot of money. So we'll have a good time in the spring."

The men's circuit goes to Madonna Di Campiglio for another night event, a traditional slalom, on Thursday.