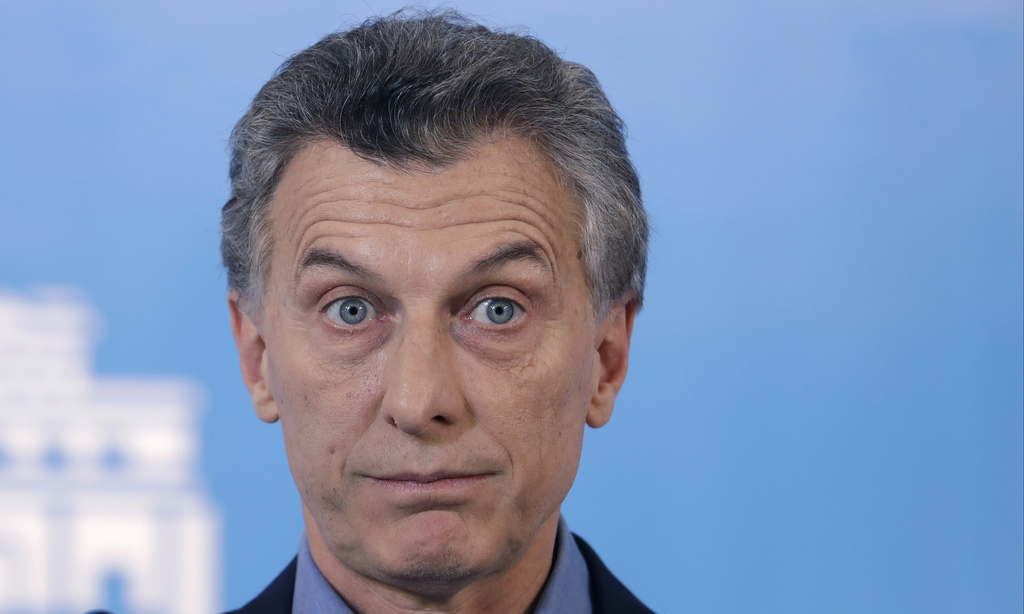 BUENOS AIRES, Argentina (AP) — Argentina's presidential office says a vehicle carrying President Mauricio Macri has been attacked by rock-wielding protesters who broke two windows. The president himself was not injured.

The office says about 10 people were involved in the attack, which came Wednesday as Macri was heading to a ceremony to inaugurate a tourist information center in the southern town of Villa Traful, about 1,000 miles (1,600 kilometers) southwest of the capital.

The statement doesn't identify the protesters, but says Macri has continued with his normal schedule.

The conservative president took office a year ago and has been struggling with high inflation and a sluggish economy.