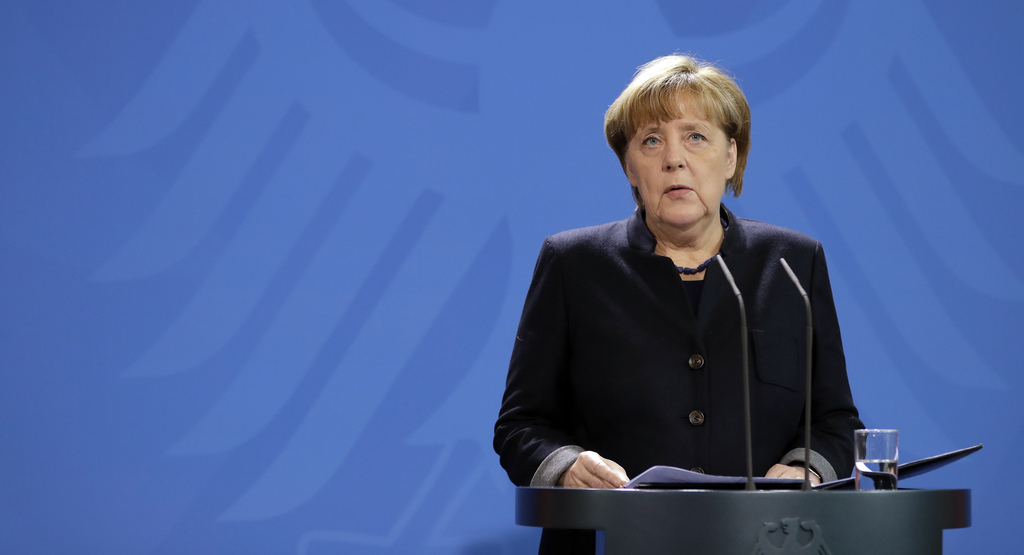 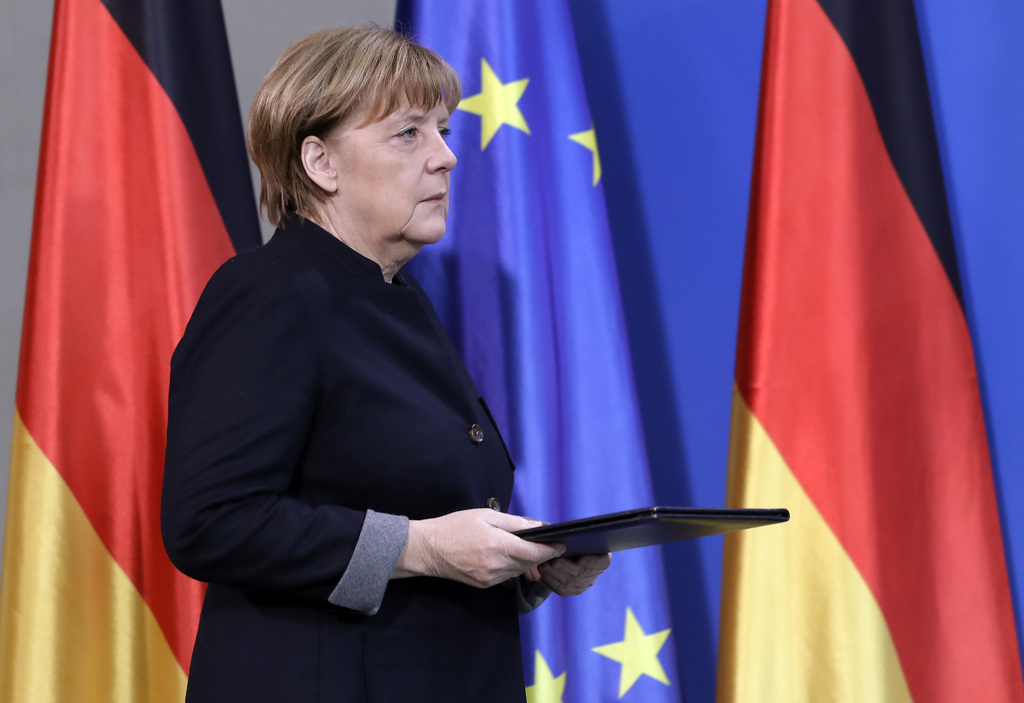 BERLIN (AP) — Chancellor Angela Merkel already knew that her campaign for a fourth term as Germany's leader will be her most difficult yet. The deadly truck attack on a Christmas market may have made it tougher — and is already polarizing opinion.

A nationalist party that has assailed Merkel's acceptance of migrants leapt on events in Berlin well before authorities even concluded that the incident was an attack, with a prominent member proclaiming the 12 victims to be "Merkel's dead."

Monday's attack also threatened to rekindle tensions between Merkel and Bavarian conservative allies, who have sniped at her migrant policies and demanded a cap on the number of newcomers that Germany will accept, and whose supporters are an important source of votes.

A man arrested after the truck attack Monday night in Berlin and initially treated as a suspect came from Pakistan and registered as an asylum-seeker in Germany last year. Later Tuesday, he was released for lack of evidence tying him to the attack.

Merkel said it would be "particularly sickening" if the assailant were confirmed to be an asylum-seeker — both for Germans who help refugees and "for the many people who really need our help and are making an effort to integrate in our country."

Leaders around Europe and beyond are watching Merkel's political fortunes closely, after she emerged as a beacon of tolerance and defender of Western liberal values amid encroaching populism elsewhere.

Her conservative Union bloc has a tidy lead in polls over her center-left rivals, who look unlikely to muster a majority for a new left-wing coalition. The nationalist, anti-migration Alternative for Germany, or AfD, has surged over the past year, but its often-provocative rhetoric remains a turnoff for most Germans — its poll ratings have peaked at around 15 percent — and no other party will deal with it.

Merkel's calm handling of crises has been an asset over 11 years as chancellor. But the past year has shown that her personal popularity is vulnerable to at least short-term hits from migrant-related incidents, with polls showing dips after sexual assaults and robberies in Cologne last New Year's Eve and after a pair of summer attacks in Bavaria committed by asylum-seekers and claimed by the Islamic State group.

Only the assailants died in those attacks; Germany had, at least perhaps until now, been spared a mass-casualty Islamic extremist attack.

Before Germany votes, three state elections are scheduled for the spring — the most important in May in North Rhine-Westphalia, Germany's most populous state. AfD will hope for big gains in those votes after a successful 2016.

"We must not indulge in illusions," party co-chairwoman Frauke Petry said. "The environment in which such acts could thrive has been negligently and systematically imported over the past year and a half. This is not an isolated case and will not remain one."

Marcus Pretzell, the AfD chief in North Rhine-Westphalia, wrote on Twitter Monday night that "these are Merkel's dead!" Markus Frohnmaier, who leads the party's youth wing, tweeted: "Merkel is a terror chancellor. This government has failed."

Such talk drew a sharp rebuke from Armin Schuster, a lawmaker with Merkel's Christian Democrats, who accused Pretzell of abetting terrorists. "That's exactly what IS wants," he told the daily Die Welt. "He can offer himself as their propaganda chief."

Merkel herself has sought to strike a conservative tone lately, telling her party that she's determined to prevent a repeat of last year's influx of 890,000 migrants and that she backs a partial ban on face-covering veils.

While she insists that Germany will continue to take in people who genuinely need protection, her government has toughened asylum rules and declared several countries "safe," meaning people from there can't expect to get refuge.

Merkel was also a driving force behind an agreement between the European Union and Turkey to stem the flow of migrants, and has called for a "national effort" to ensure that rejected asylum-seekers leave Germany.

In September, she ditched her optimistic mantra that "we will manage" the challenge of hosting and integrating migrants.

Still, she hasn't yet closed a year-old rift with the Christian Social Union, the Bavaria-only sister to her Christian Democrats, which wants to cap at 200,000 per year the number of newcomers.

The CSU leader, Bavarian governor Horst Seehofer, said Tuesday that "we owe it to the victims, those affected and the whole population to reassess and adjust our entire immigration and security policy."

That suggests Merkel could still struggle to maintain conservative unity during next year's campaign.

It remains to be seen how far the attack will actually shift Germans' attitudes.

"We always knew that there was the possibility of an attack, but now the terror has become a reality and has come a step closer to us," said Monique Tinney, a 42-year-old Lutheran pastor from nearby Potsdam.

"My attitude toward the government will not change due to this attack," she added. "However, I was taken aback by how some already tried to take political advantage of the attack as early as last night. That was disgusting."

Kirsten Grieshaber contributed to this report.