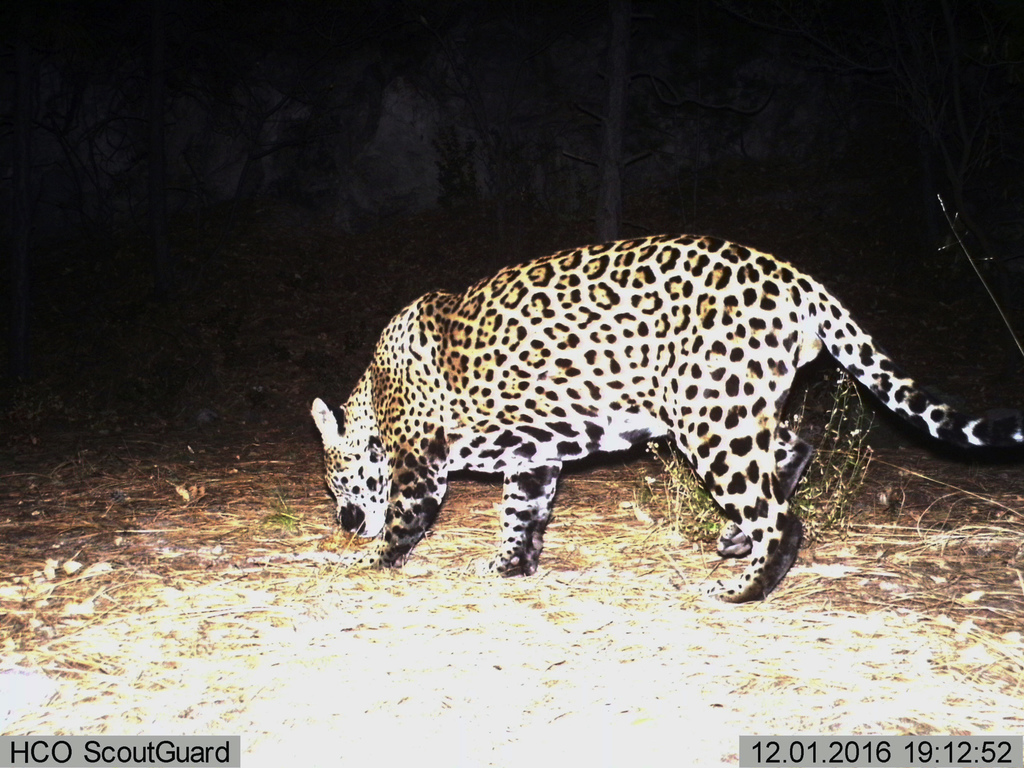 ALBUQUERQUE, N.M. (AP) — A team of wildlife officials in the United States and Mexico on Monday released details of a proposed recovery plan for the endangered jaguar, prompting criticism from environmental groups who say more needs to be done to restore a breeding population of the elusive cats north of the border.

While jaguars are found in 19 countries stretching from the American Southwest to South America, the U.S. Fish and Wildlife Service said Monday that the focus is on efforts in northern Mexico and the U.S.

As part of the proposal, scientists are not prescribing jaguar reintroductions in the U.S. They're focused instead on efforts to sustain habitat, eliminate poaching and improve social acceptance of the animal to accommodate jaguars that disperse into the U.S. so they can survive and multiply.

Federal officials are seeking comments on the proposal and any additional information that could help shape a final version of the plan.

"We recognize the significant challenges of recovery planning for an elusive species with such an expansive, international range," Steve Spangle, the agency's field supervisor in Arizona, said in a statement.

Federal officials acknowledged it could take at least a half-century for jaguars to have viable, self-sustained populations in some areas of their historic range.

Earlier this month, an image captured in a southern Arizona mountain range shows what is believed to be the second wild jaguar spotted in the U.S. in recent years. A preliminary analysis suggested the cat was new to the area and not "El Jefe," a jaguar captured on video in a nearby mountain range last year.

Until now, El Jefe (the Boss in Spanish) was believed to be the only jaguar in the U.S., although he has not been seen in over a year.

Since 1996, as many as seven jaguars have been documented in southern Arizona and southwestern New Mexico. Federal officials say these jaguars are believed to be coming from a breeding population centered about 130 miles south of the U.S. border in the Mexican state of Sonora.

Arizona, New Mexico and other parts of the southwestern U.S. were home to jaguars before habitat loss and predator control programs aimed at protecting livestock eliminated them over the last 150 years.

The U.S. Fish and Wildlife Service in 2014 set aside nearly 1,200 square miles along the border as habitat essential for the conservation of the jaguar.

That spurred a lawsuit by the New Mexico Farm and Livestock Bureau, New Mexico Cattle Growers' Association and New Mexico Federal Lands Council. The groups representing ranchers and agricultural interests argued the decision was unlawful, arbitrary and capricious. That suit is ongoing.

It was another lawsuit by the Center for Biological Diversity and Defenders of Wildlife, which have been pushing for jaguar protections, that resulted in the drafting of the recovery plan. The groups criticized the plan unveiled Monday as not doing enough.

"The draft plan rules out translocating jaguars into the U.S. and the area allotted for recovery is much too small, covering only a fraction of the big cat's historic range. This one-two punch makes jaguar recovery in the U.S. unlikely," said Rob Peters, a biologist with Defenders of Wildlife.

Michael Robinson with the Center for Biological Diversity suggested the proposal was more of an extinction plan for the cats because it aimed "too low to make a difference in saving the jaguar."

The U.S. Fish and Wildlife Service said it would continue to promote recovery throughout the range but that the draft focuses on northern Mexico and the American Southwest because that is where the agency has the most jurisdiction and has existing relationships with state and Mexican agencies, conservation groups, universities and others.

Mexico is already implementing its own jaguar recovery plan, and U.S. officials say they plan to coordinate efforts.