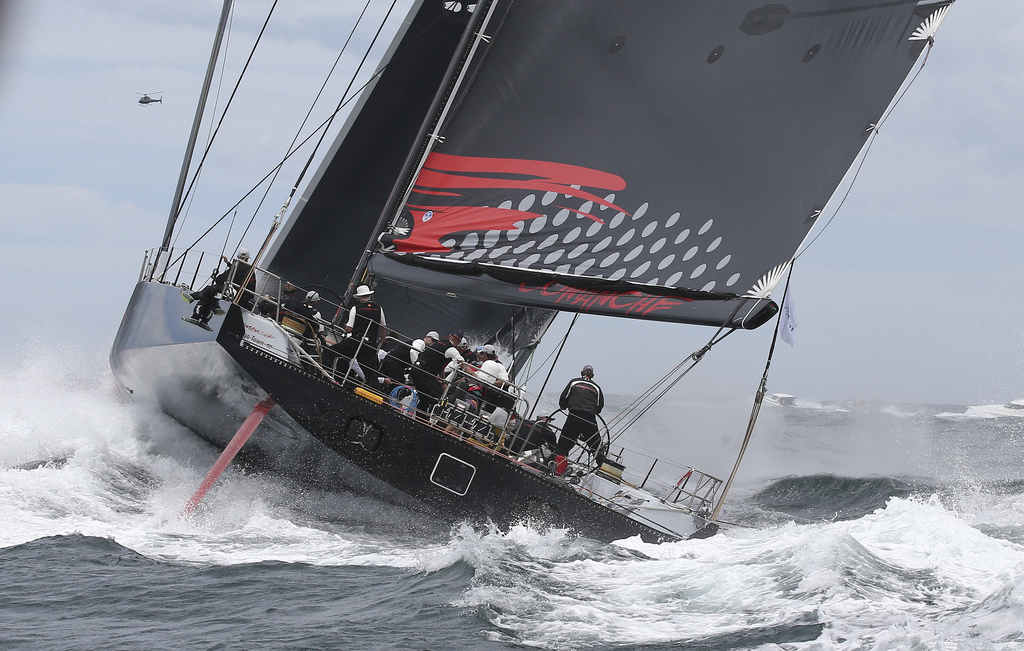 SYDNEY (AP) — The navigator for super maxi Wild Oats XI, which holds the Sydney to Hobart line honors race record, said Thursday the 100-foot yacht could finish three hours faster than the mark it set in 2012, based on weather bureau projections for Monday's start.

Veteran Spanish sailor Juan Vila, set to race the Sydney to Hobart for a third time, said weather models suggested the winner could finish in around 38 or 39 hours. That would have Wild Oats XI across the line at Constitution Dock in Hobart on the island state of Tasmania in about 1 day, 14 or 15 hours, well inside Wild Oats' record of 1 day, 18 hours, 23 minutes, 12 seconds.

For Monday's start of the race in Sydney Harbour, winds of 15 to 20 knots north to northeasterly are forecast, increasing to 30 knots. A gusty southwesterly wind change is then tipped to move up the southern New South Wales coast late Monday, hitting the fleet as it approaches Bass Strait.

"Our routing suggests we are almost in record time, just a little bit under, but that can change over the next days with new forecasts," Villa said.