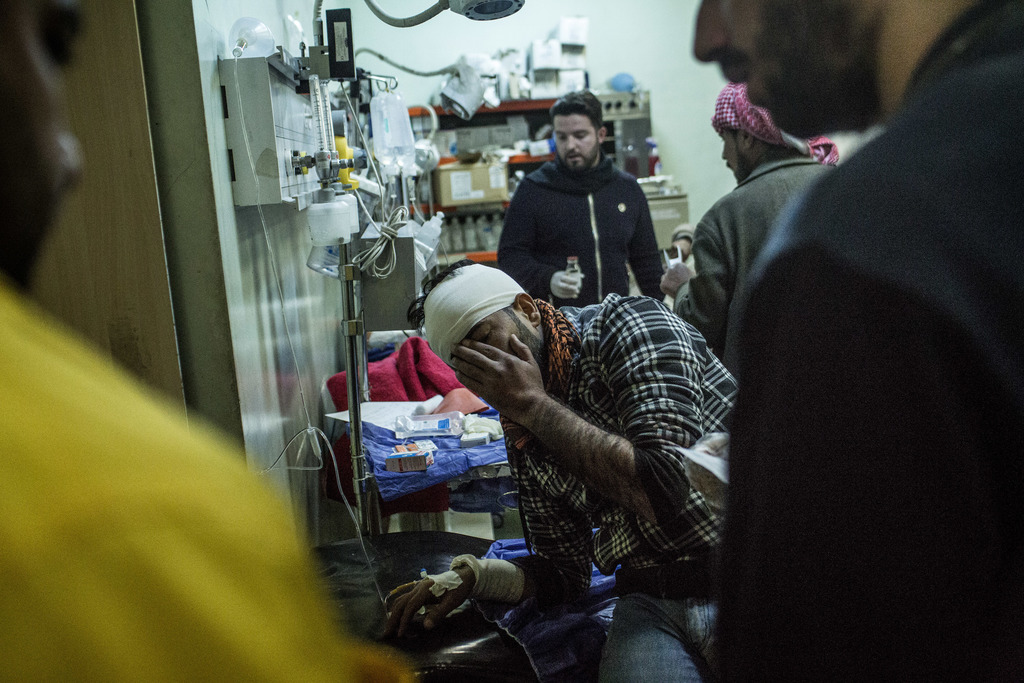 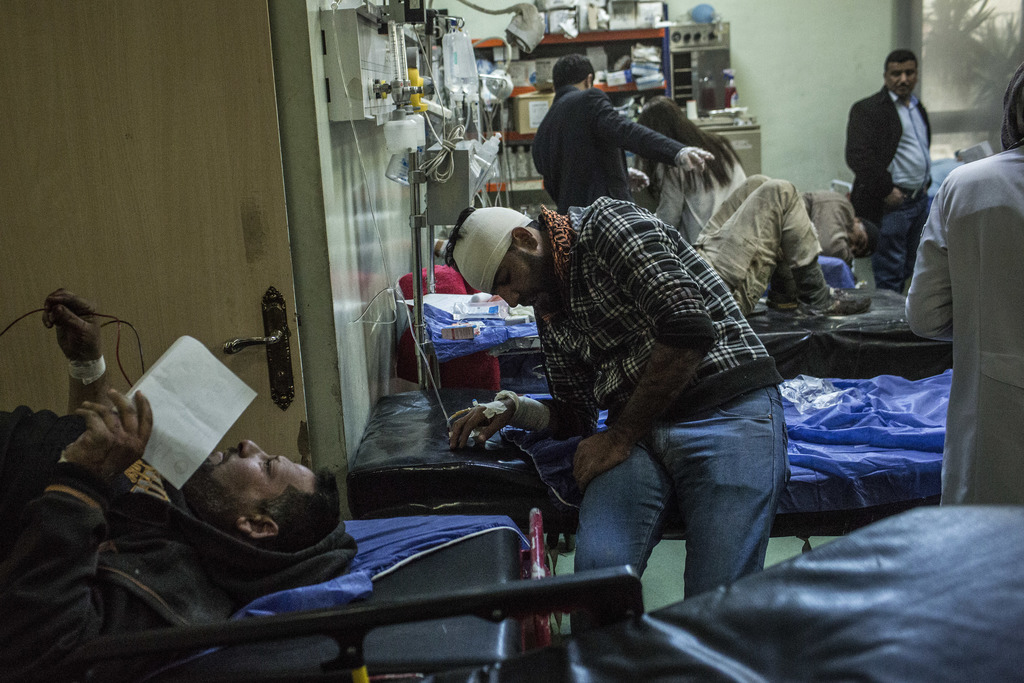 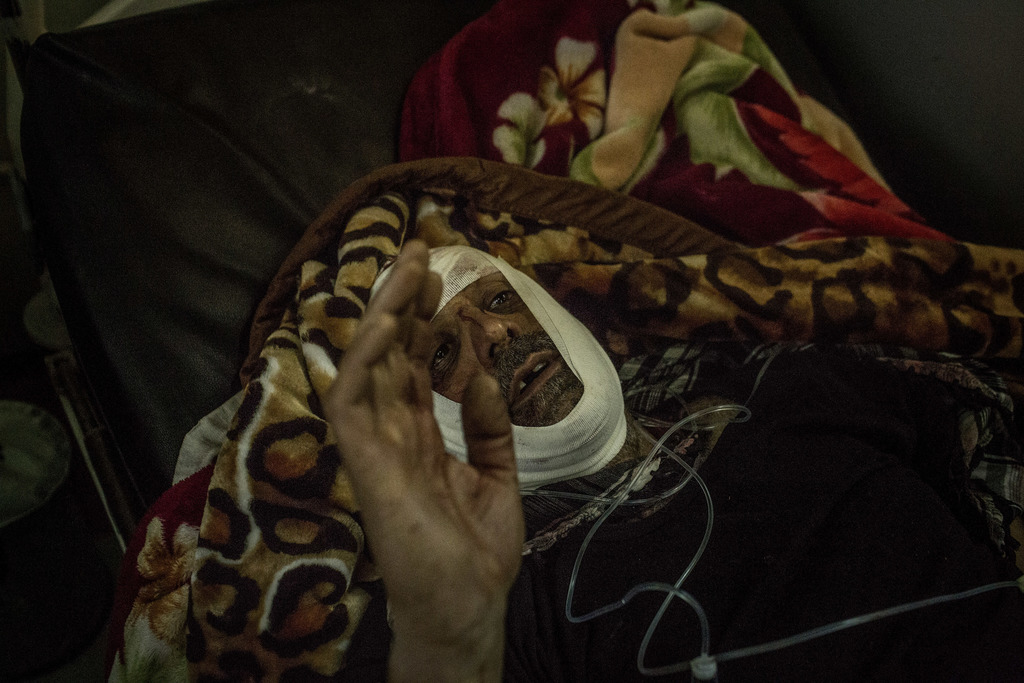 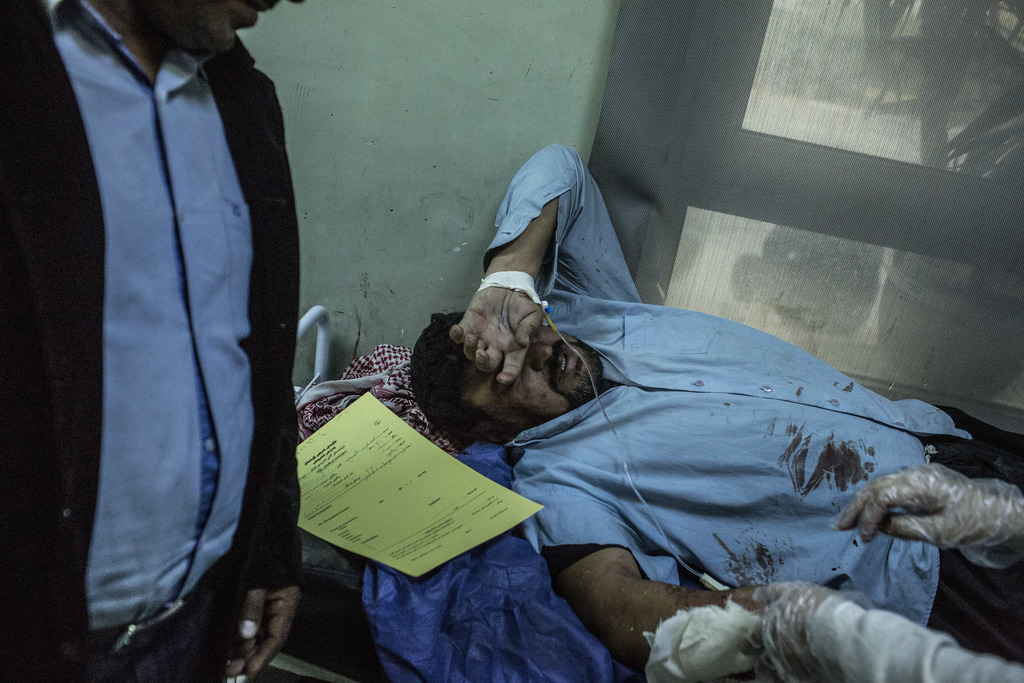 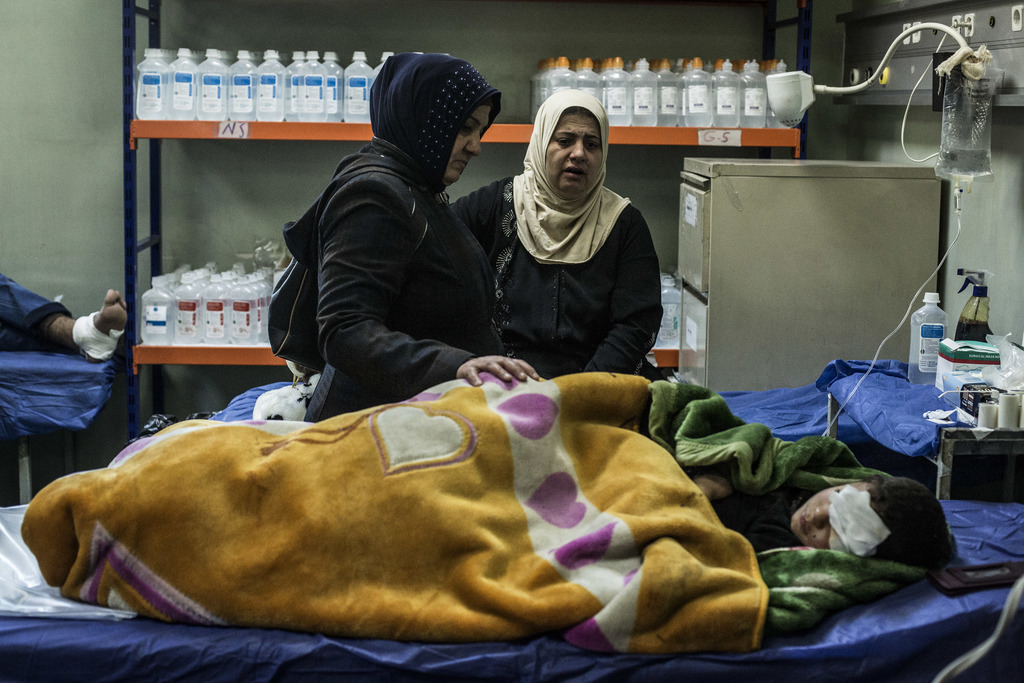 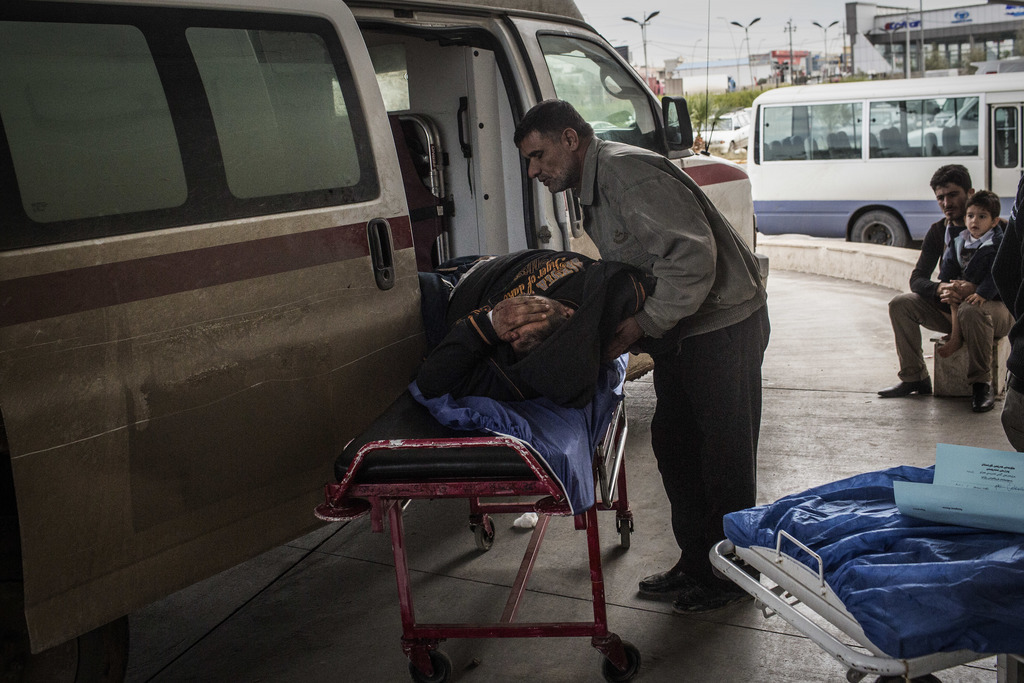 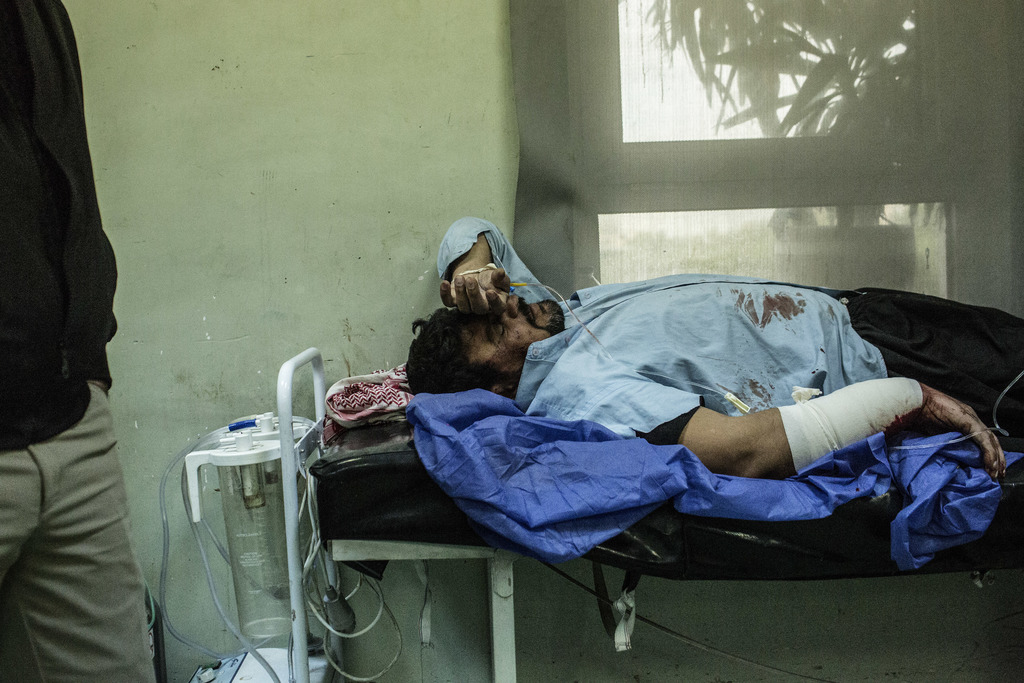 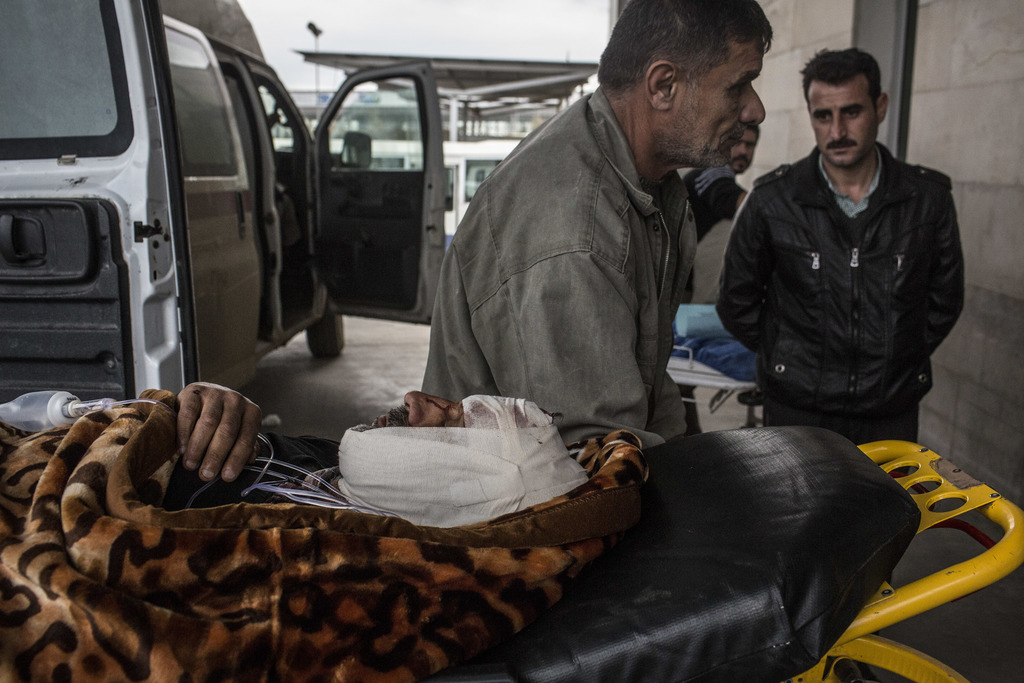 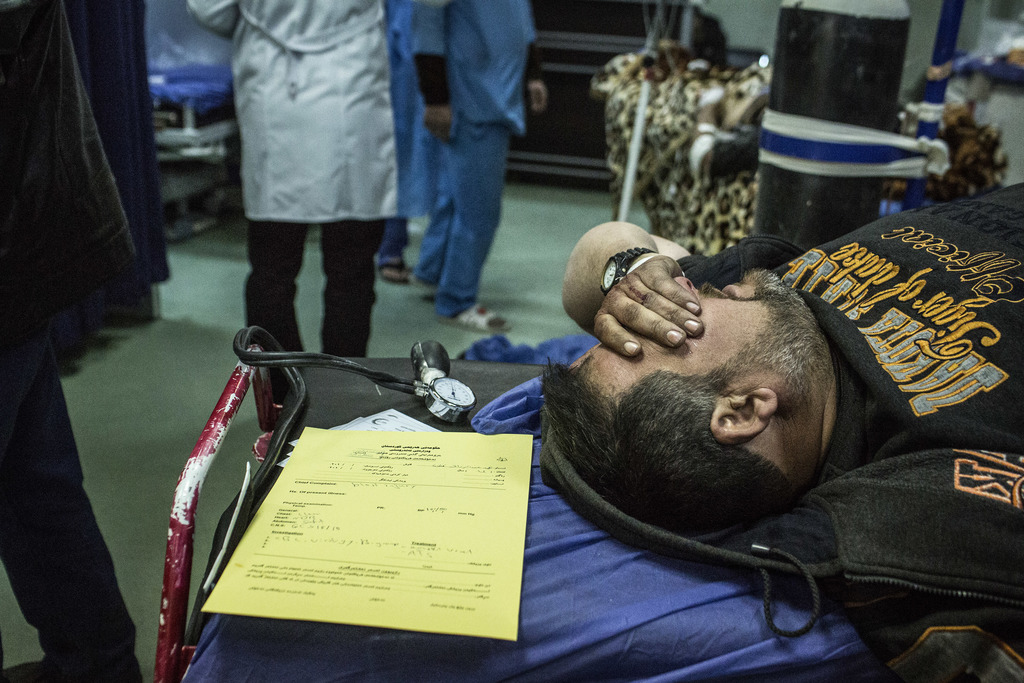 IRBIL, Iraq (AP) — Zaid Ahmed's barber shop in the Gogjali district of Mosul was packed with customers Thursday when the first of three car bombs ripped through the outdoor food market outside. Ahmed was unharmed, but when he made a dash for safety, the second blast hit.

The 25-year-old father of two was among dozens wounded in the attack that killed 23 people, including eight policemen, the deadliest bombing yet in the district since Iraqi forces wrested it away from the Islamic State group more than a month ago.

Repeated attacks by IS militants in parts of Mosul "liberated" by Iraqi forces — including mortars, sniper fire, suicide car bombs and sneak attacks — are plaguing attempts by troops to advance in the city and shaking residents who are trying to find some semblance of a normal life again.

Authorities slapped a 24-hour curfew on Gogjali soon after the bombings, two of which hit the market and its surroundings, while the third hit outside a mosque a short distance away.

Human Rights Watch said in a statement this week that IS fighters are deliberately targeting civilians who refuse to join them as they retreat in the face of the advancing Iraqi forces. Mosul residents who spoke to The Associated Press this week agree with the assessment of the New York-based rights group, saying the militants seem to be punishing them for not joining them as they pull back and over widely publicized scenes of public jubilation in Mosul over the end of IS rule.

On Thursday, the United Nations said two mortar attacks in eastern Mosul killed four aid workers and seven other civilians earlier this week. It said 40 other people were wounded in the attacks. It did not identify the aid workers or provide their nationalities.

The scene at the hospital where victims of Thursday's triple bombings were taken testified to the persistent violence in Mosul areas retaken by the government forces. The ward where the injured are first admitted in a hospital in Irbil, capital of Iraq's self-ruled Kurdish region east of Mosul, was filled with screams of pain from the wounded and the wailing of relatives.

When the ward was overwhelmed by the wounded from the triple bombings, many complained they were not being attended to quickly enough. Pools of blood covered parts of the floor as doctors and nurses worked feverishly.

Beside the victims of the bombings, some of the wounded were victims of mortar attacks blamed on IS.

Gogjali, on Mosul's easternmost outskirts, was one of the first districts to be recaptured in the offensive launched in October, and it has seen the fastest return to relative normalcy. Its outdoor food market and stores are attracting thousands of shoppers from Gogjali as well as from other Mosul neighborhoods.

Ahmed lives in another district but came to Gogjali to open his barber shop. "I leased the shop two weeks ago, and now it lies in ruin," he told the AP from his hospital bed in Irbil, where he is recovering from injuries to his head and hand. His father, also a victim of the triple car bombings, lay injured just a few beds away in the West Irbil Emergency Hospital.

"Gogjali is the best place to do business in Mosul now that Daesh is gone," he said, using the Arabic acronym for the Islamic State group.

Schools have reopened and a local police force and traffic cops are back on the streets of Gogjali, a poor and middle class district. The area has also become a hub for relief operations by the government and aid organizations struggling to meet the basic needs of Mosul's liberated areas — a little more than a quarter of the city.

Firas Abdel-Monaim had just left his mobile phone at a repair shop in central Gogjali to be fixed and was making his way to buy tomatoes and onions when the first of the three blasts, apparently targeting the police, hit.

"I was tossed up in the air, then landed hard on the street before I got up and kept running until I felt something in my left arm," he said from his Irbil hospital bed while feeling his arm.

"A whole chunk of it is gone," said Abdel-Monaim, whose wife is about three weeks away from giving birth to their first child, a baby girl.

"Life is slowly returning to normal. People desperately want their lives back," he said, while gasping for air. "These are Daesh's last desperate acts."