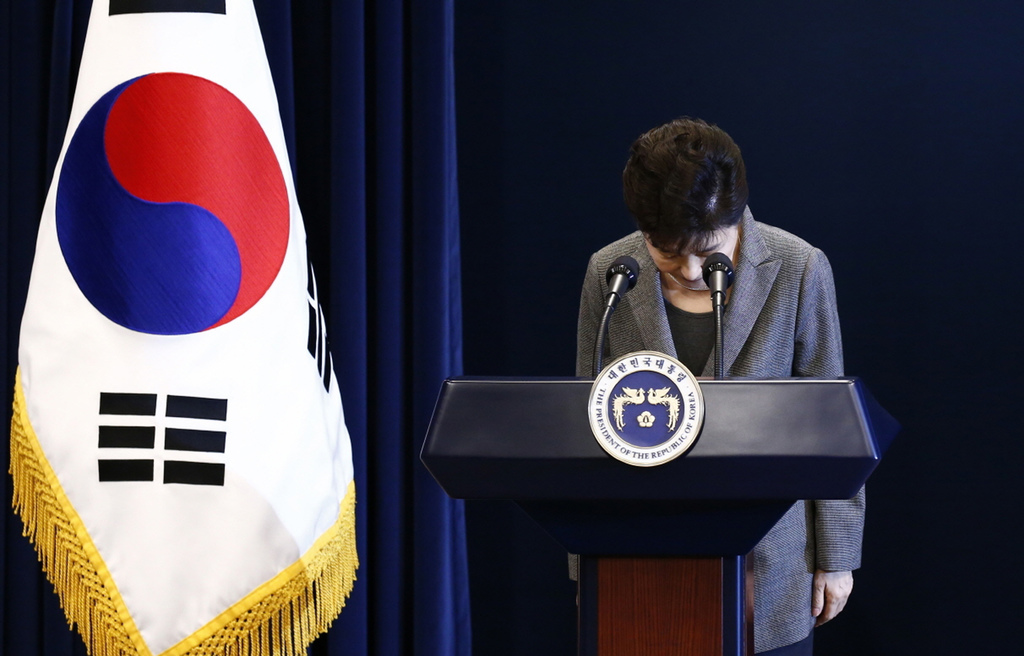 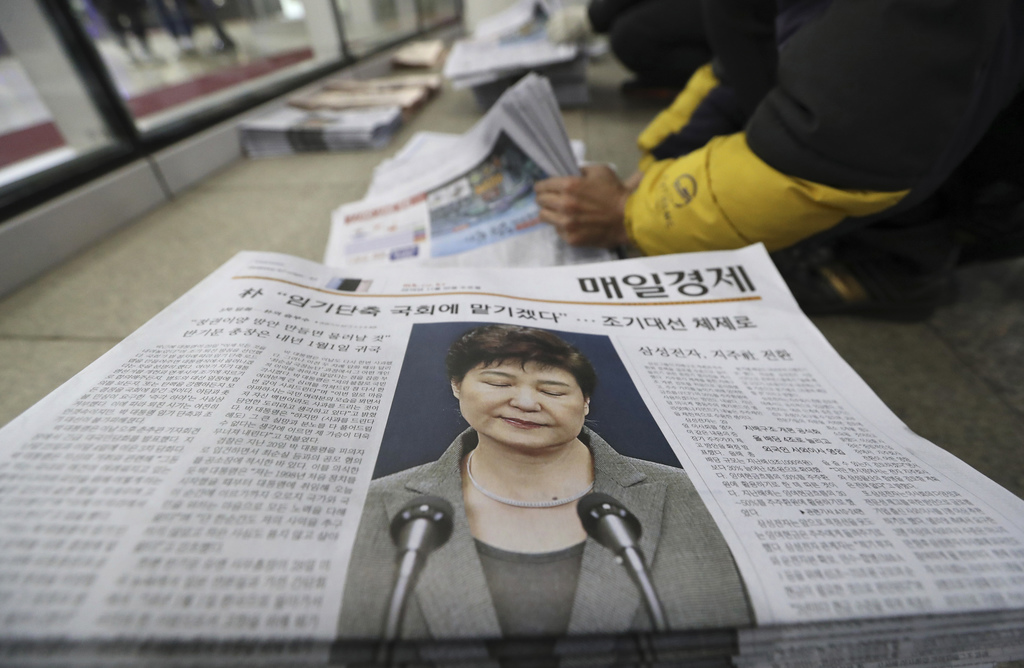 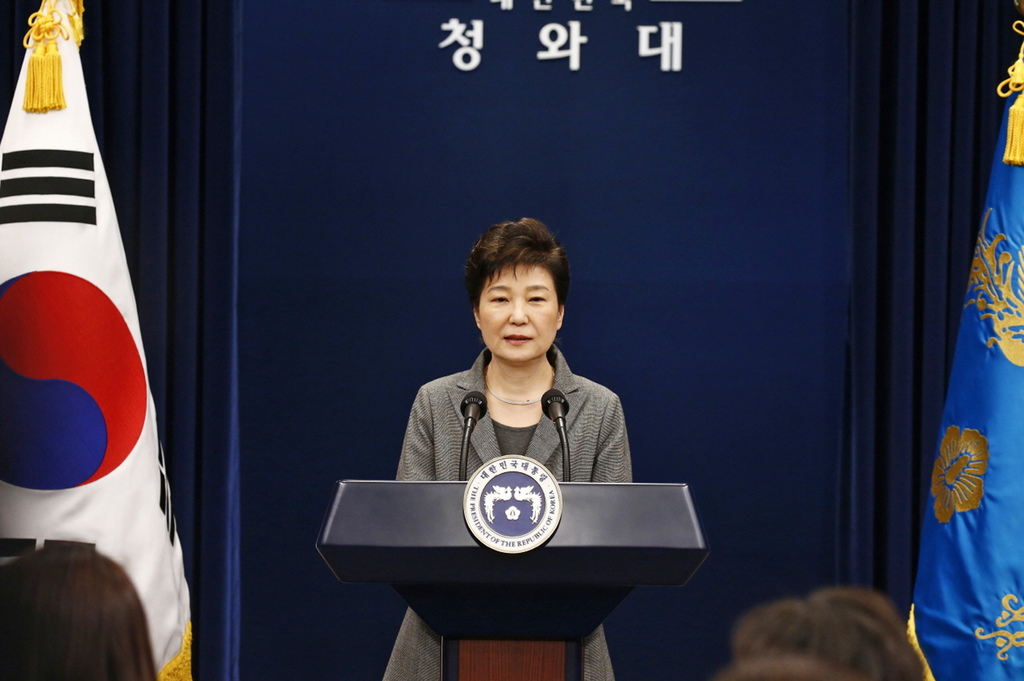 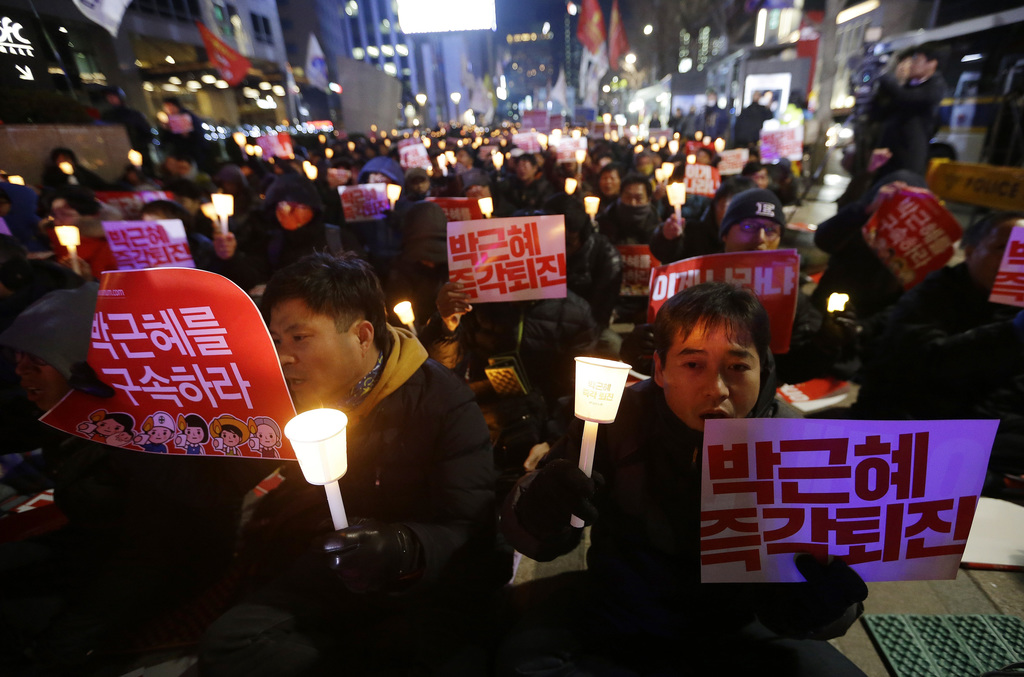 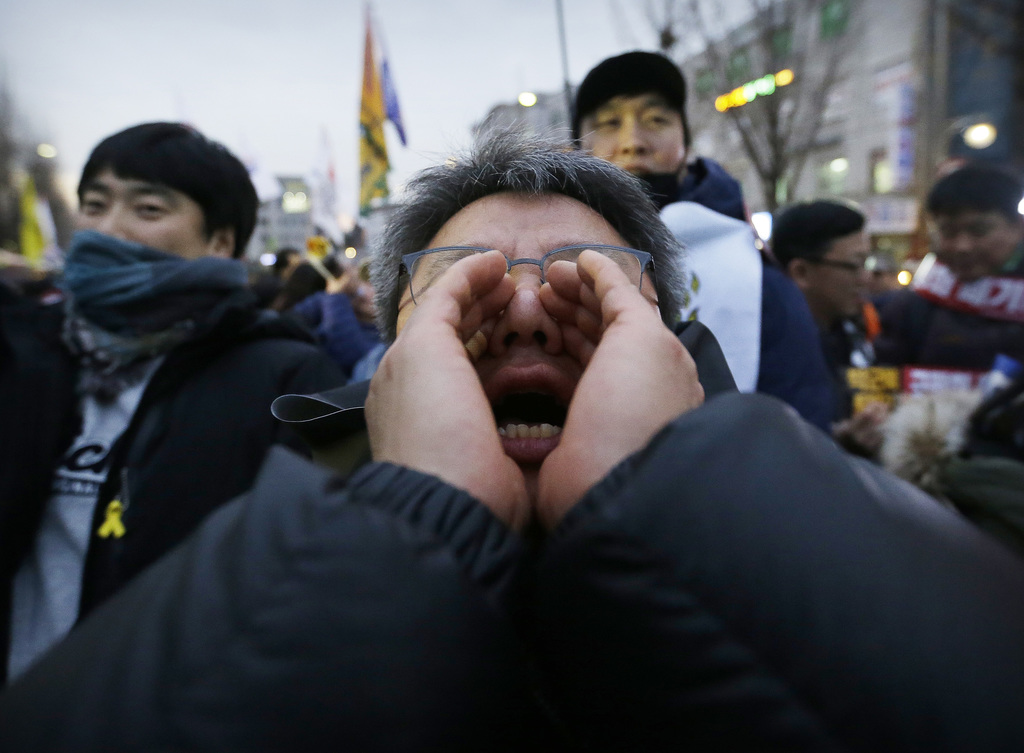 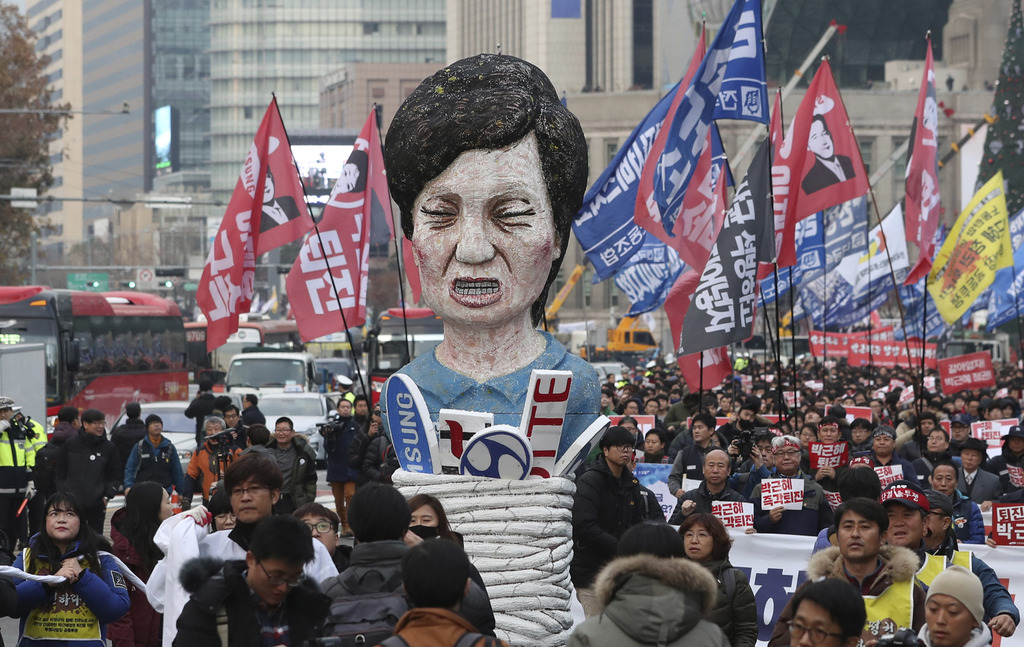 SEOUL, South Korea (AP) — She pulled off a deft bit of political maneuvering, probably born of desperation. Now South Korea's president has a sliver of breathing space as impeachment closes in and millions throng the streets to clamor for her to just go away.

For Park Geun-hye, the next few days, perhaps the most crucial in her presidency, will determine what political price she will pay, and exactly how much time she has bought.

Lawmakers want to impeach Park over prosecutors' allegations she allowed a confidante to pull government strings and pursue extortion schemes.

Her offer to shorten her term in office if a bickering parliament can set up a legal pathway to do so has been widely criticized as a stalling ploy aimed at luring back members of her conservative party who supported impeachment. Opposition parties will need the support of some former Park loyalists to secure the necessary impeachment votes.

Park's conditional resignation proposal, if it delays impeachment, could give her time to search for a way to exit with some sense of grace, rather than be impeached and stripped of power while a court reviews whether to drive her from office.

To some extent, she has already succeeded in wriggling some of the way out from what had very recently looked like an impossible political situation.

What had seemed to be an inexorable legislative march toward impeachment has slowed, though it's not yet clear how much.

Some of Park's former allies who'd turned against her now say that an impeachment vote originally planned for Friday should be pushed back a week. Some influential members of her ruling party also called Wednesday for impeachment efforts to pause while lawmakers examine how to set up a legal roadmap for Park's resignation proposal.

Opposition parties agreed Wednesday to push for an impeachment vote Friday, but will regroup and try again Dec. 9 if they don't have enough initial support to impeach Park over what prosecutors say was collusion with Choi Soon-sil, a confidante who allegedly had a large say in government affairs. Choi held no official government position, and allegedly used her ties to the president to pressure companies into giving money to foundations and companies Choi controlled or established.

While the politicians scramble to regroup, the president's speech has angered many citizens. After all, they say, if Park really cared about what most South Koreans say they want, she would have simply resigned.

Instead, she appears to be looking to regain just enough of her former allies' backing to at least delay the effort to get the necessary two-thirds support needed in parliament for impeachment.

This puts opposition lawmakers in something of a bind.

Where they once had strong momentum for impeachment provided by huge protests each weekend, they now may face painful negotiations in a deeply divided parliament. This means navigating a splintered ruling party and the sometimes-conflicting views of various opposition parties.

Although unlikely, legislative squabbling could even allow Park to limp across the finish line of her single five-year term in early 2018.

All the while, everyone must gauge how this will play in December 2017 presidential elections, and the widely expected presidential campaign of Ban Ki-moon, who is finishing up his term as U.N. secretary general.

So Park may have bought herself some time. But she has done nothing to change the widespread feeling here that she must go.

If lawmakers fail to impeach her Friday, this may become especially clear on Saturday.

As has happened the last five Saturdays, hundreds of thousands of people are again expected to choke downtown Seoul's streets in a party-like atmosphere of defiance. This could allow lawmakers to win back the energy they will need to unite disparate groups in parliament and push through an impeachment vote.

In the end, Park's political machinations may only delay the inevitable.

Foster Klug is AP's Seoul bureau chief. He has covered the Koreas since 2005. Follow him at www.twitter.com/apklug