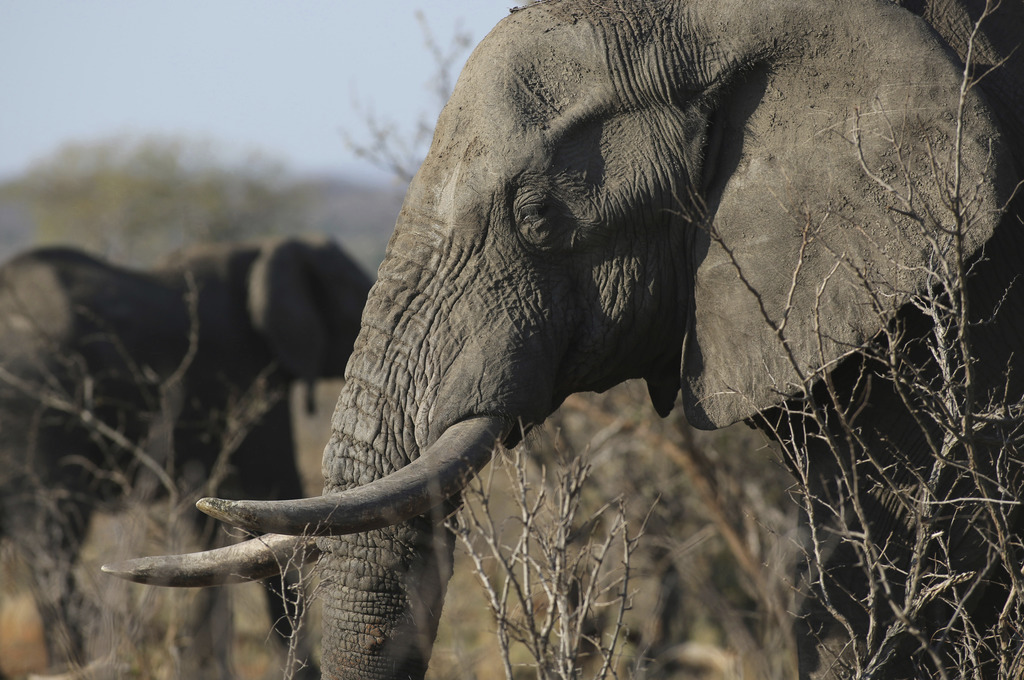 JOHANNESBURG (AP) — China says it plans to shut down its ivory trade by the end of 2017 in a move designed to curb the mass slaughter of African elephants.

The Chinese government will end the processing and selling of ivory and ivory products by the end of March as it phases out the legal trade, according to a statement released on Friday.

China had previously announced it planned to shut down the commercial trade, which conservationists described as significant because China's vast, increasingly affluent consumer market drives much of the elephant poaching across Africa.

"This is a game changer for Africa's elephants," said Aili Kang, the Asia director for the New York-based Wildlife Conservation Society.

China, which has supported an ivory-carving industry as part of its cultural heritage, said carvers will be encouraged to change their activities and work, for example, in the restoration of artifacts for museums. More efforts will be made to stop the illegal trade, the statement said.

China has allowed trade in ivory acquired before a 1989 ban on the ivory trade by the Convention on International Trade in Endangered Species of Wild Fauna and Flora, which seeks to regulate the multi-billion-dollar trade in wild animals and plants.

China also permits trade from a one-time, CITES-approved purchase by China and Japan of an ivory stockpile from several African countries in 2008.

Conservation groups say China's illegal trade has since flourished and that criminal syndicates have used the legal Chinese market as cover for their illicit business in tusks.

The number of Africa's savannah elephants dropped by about 30 percent from 2007 to 2014, to 352,000, because of poaching, according to a study published this year. Forest elephants, which are more difficult to count, are also under severe threat.