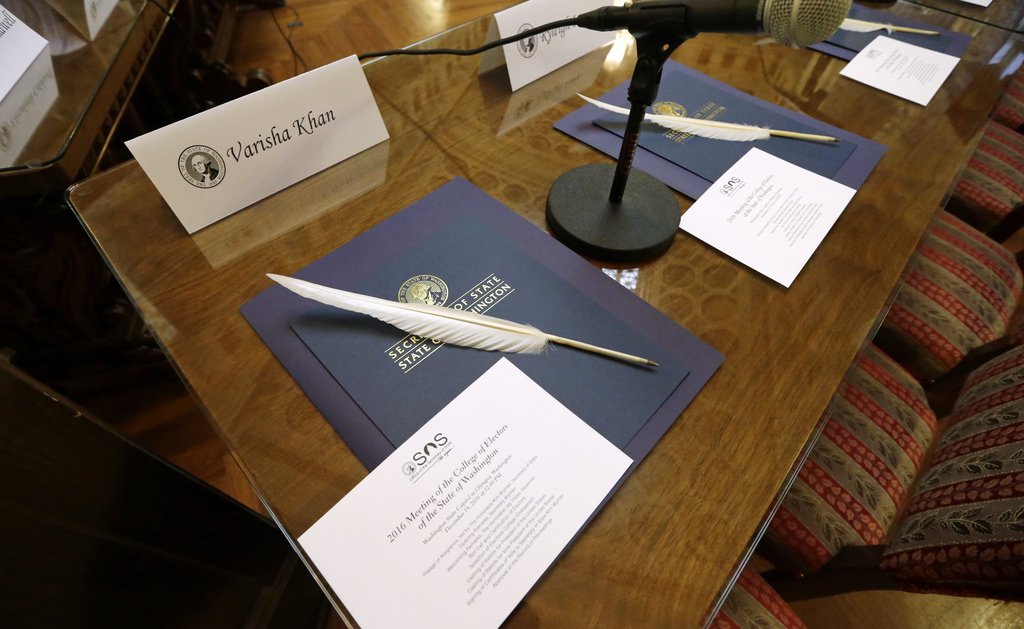 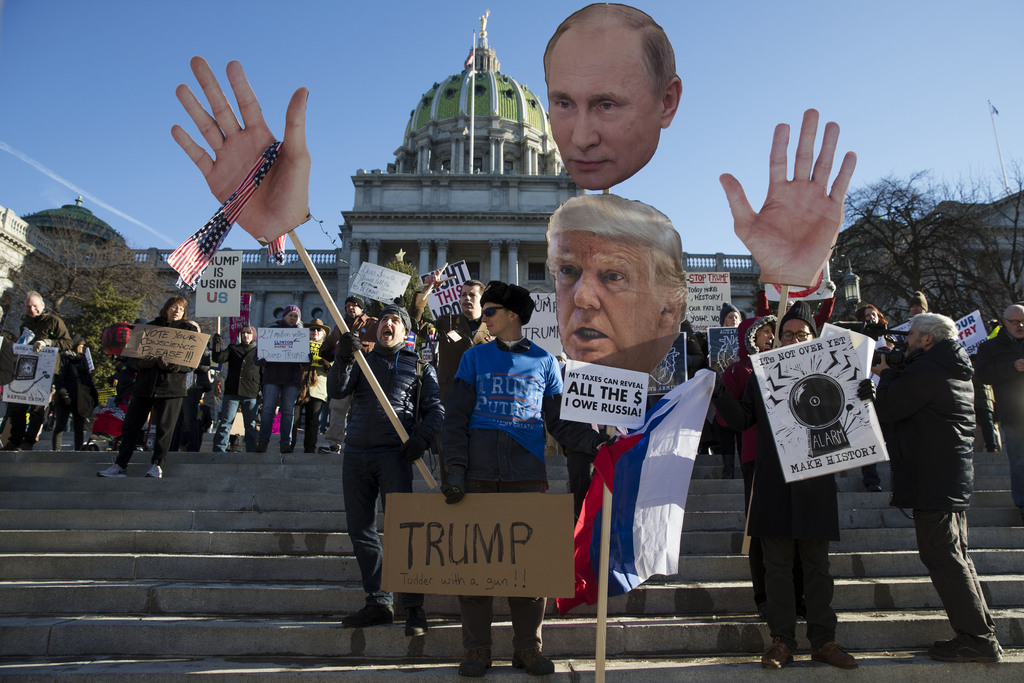 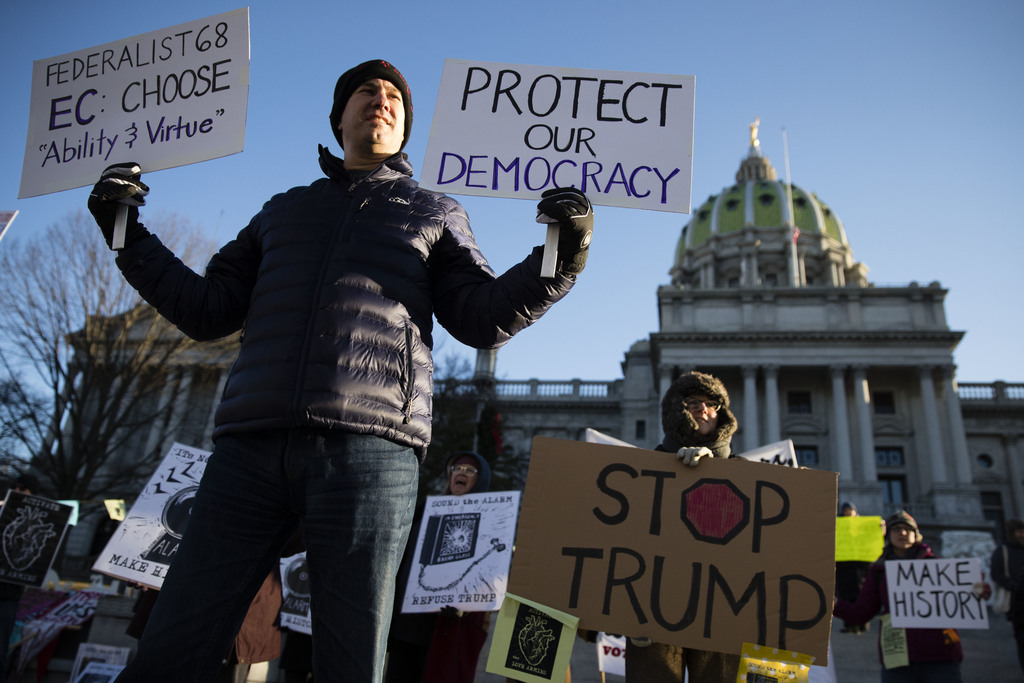 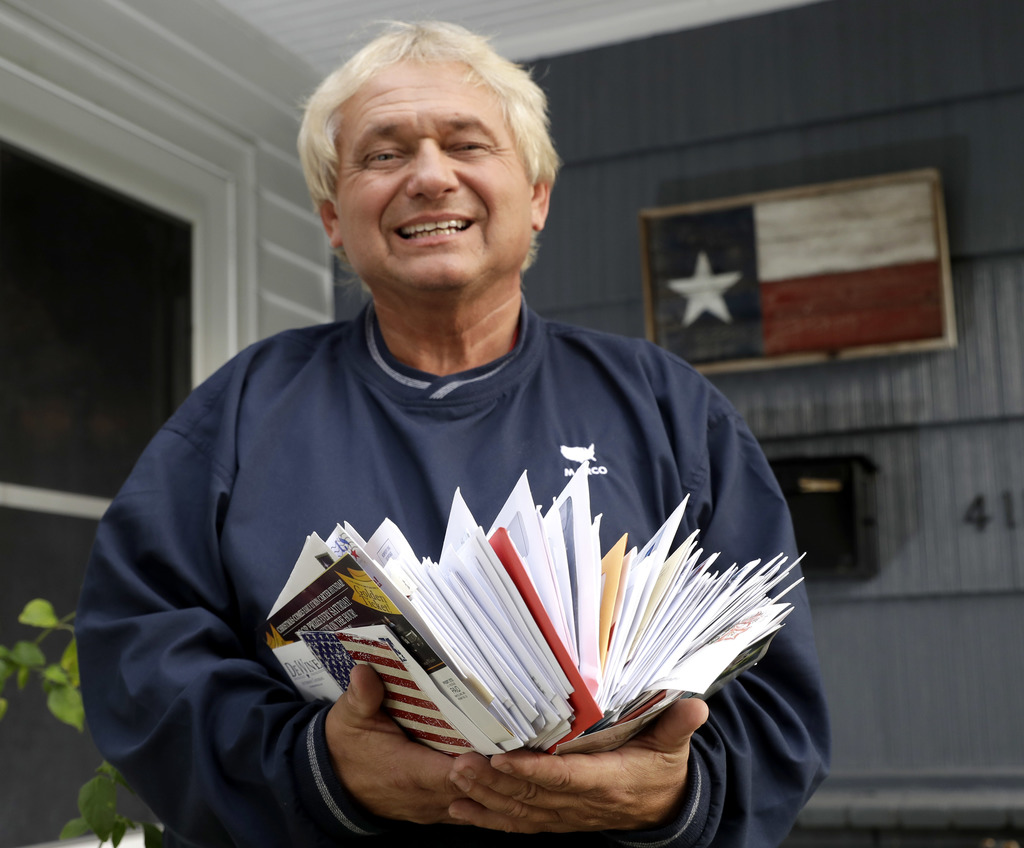 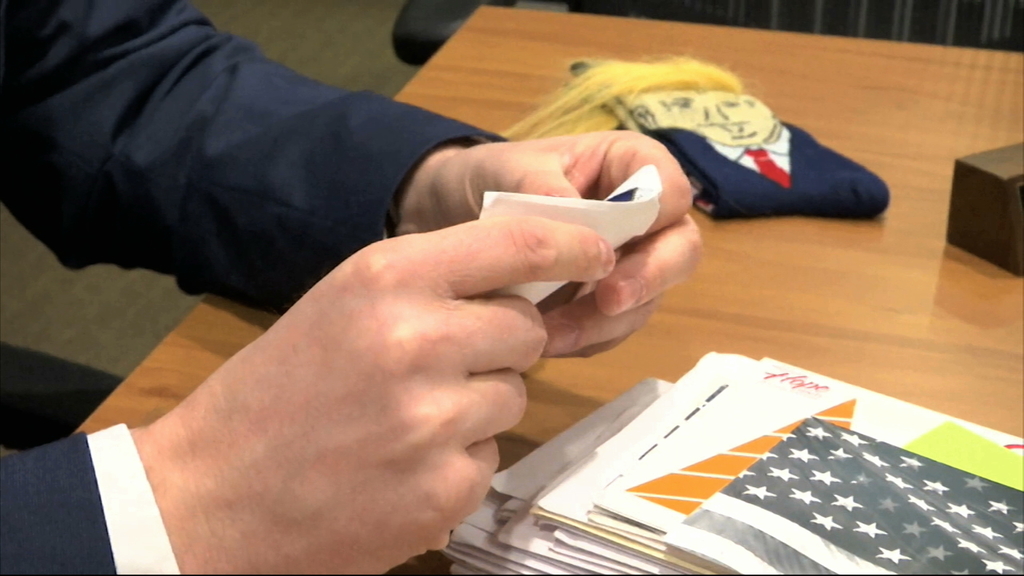 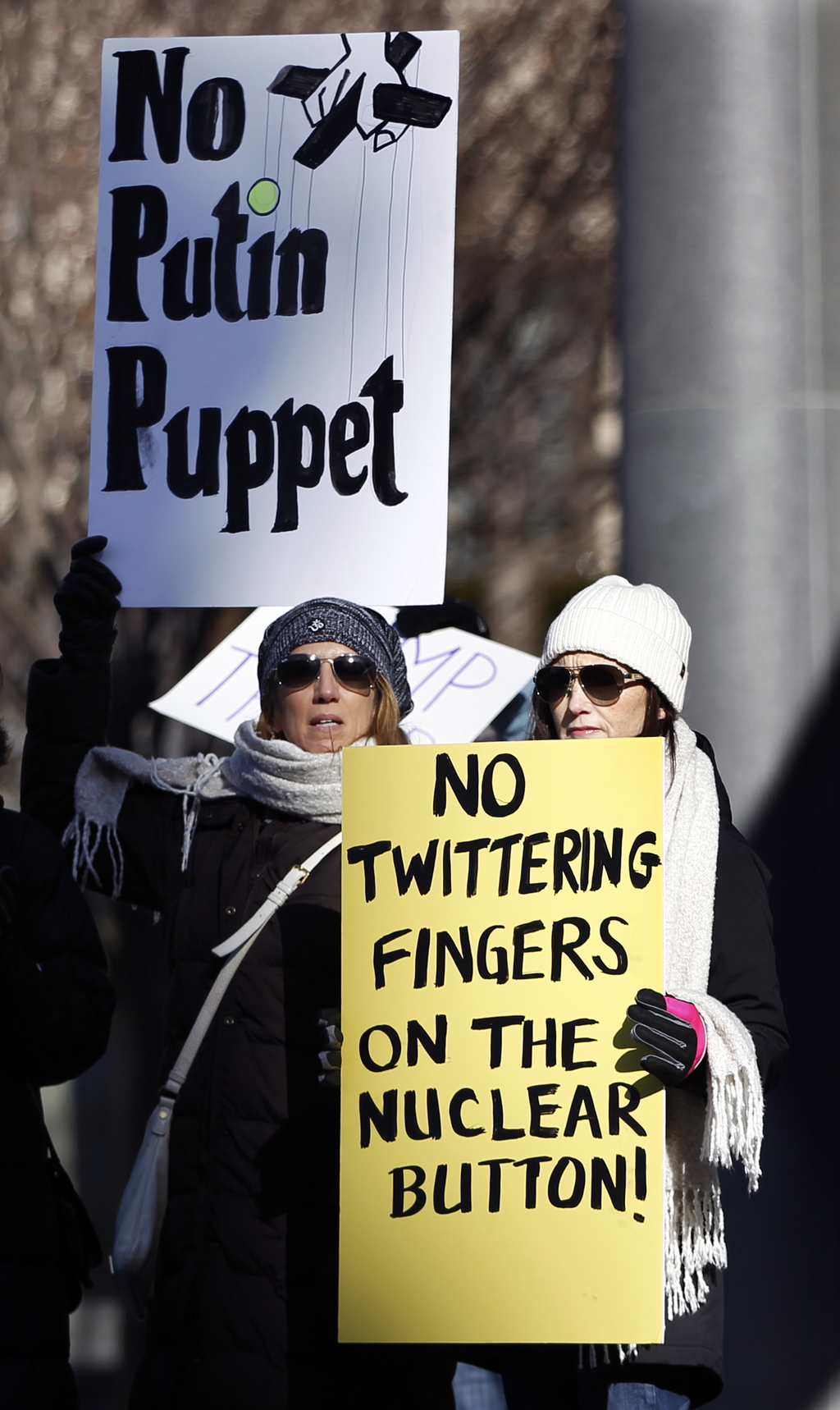 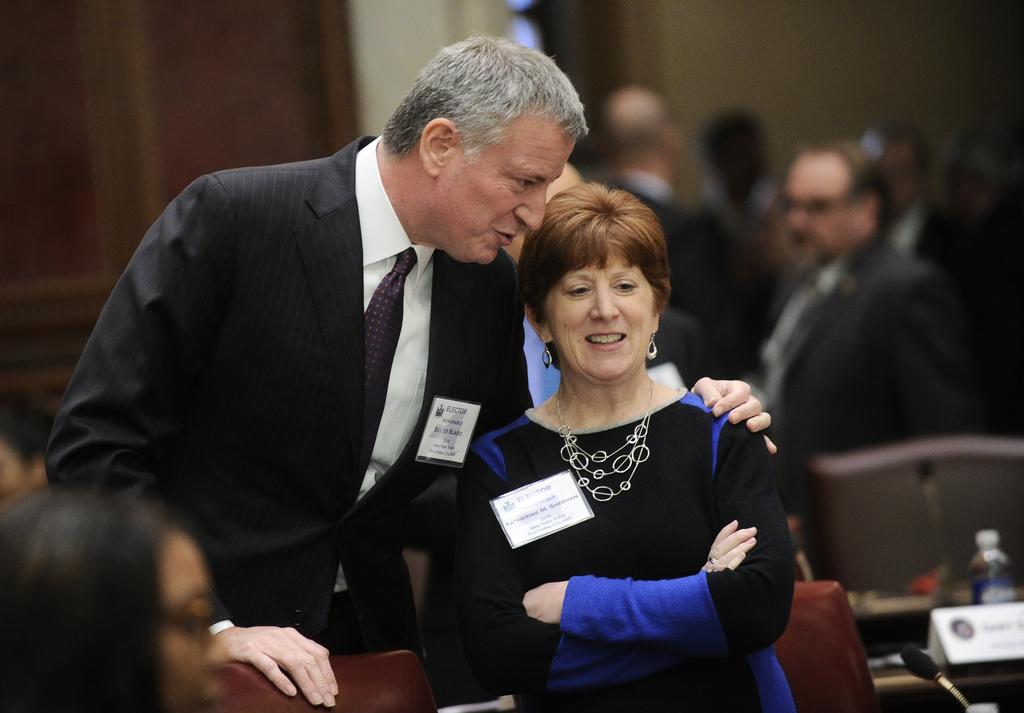 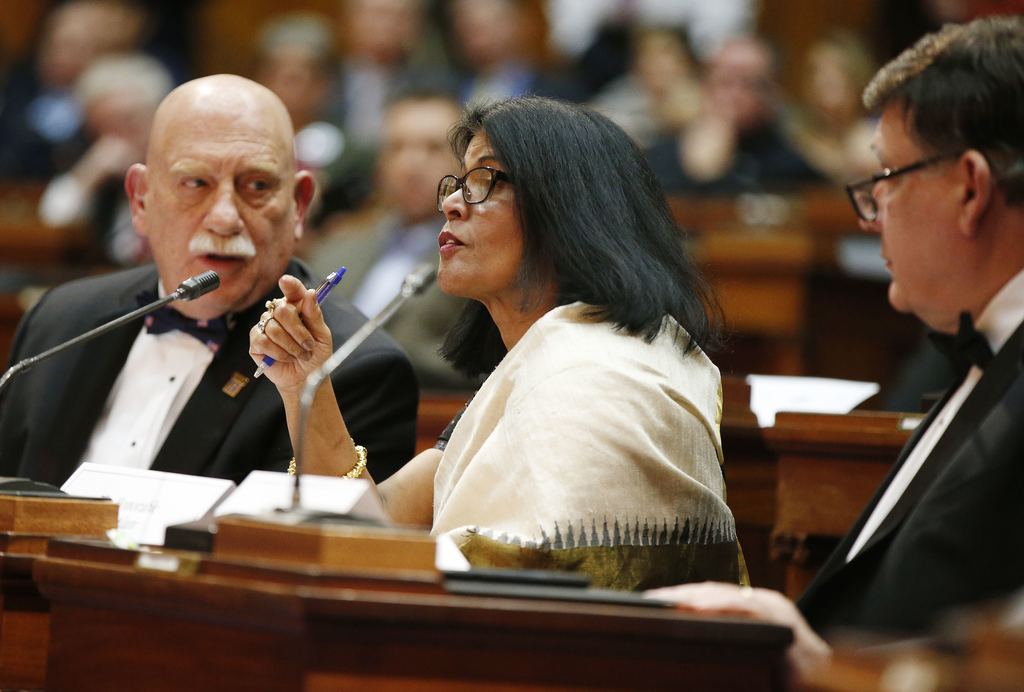 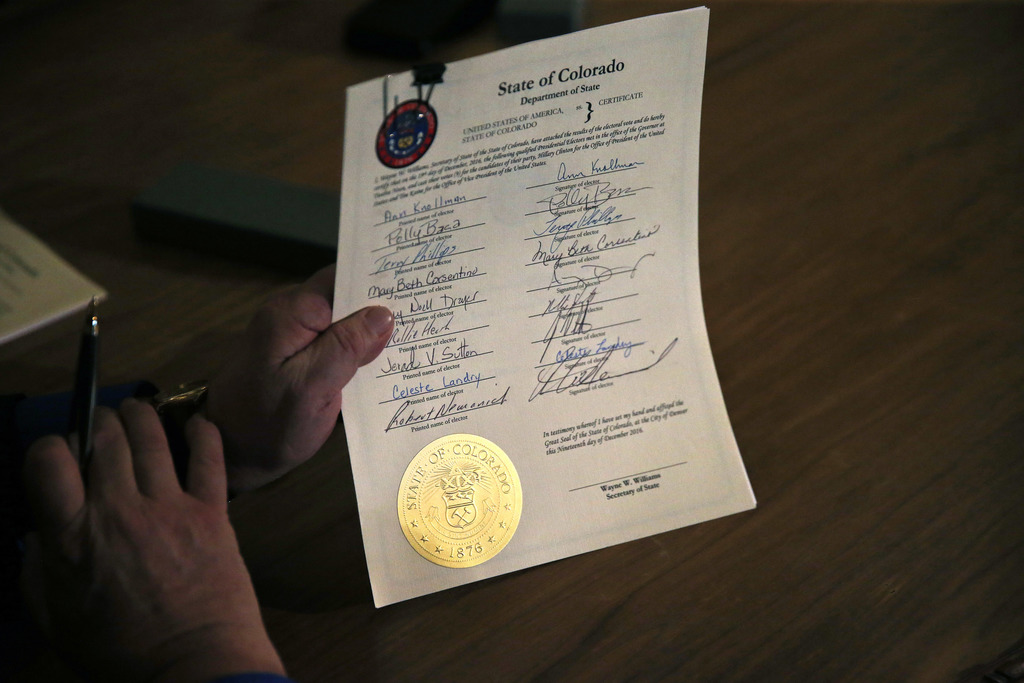 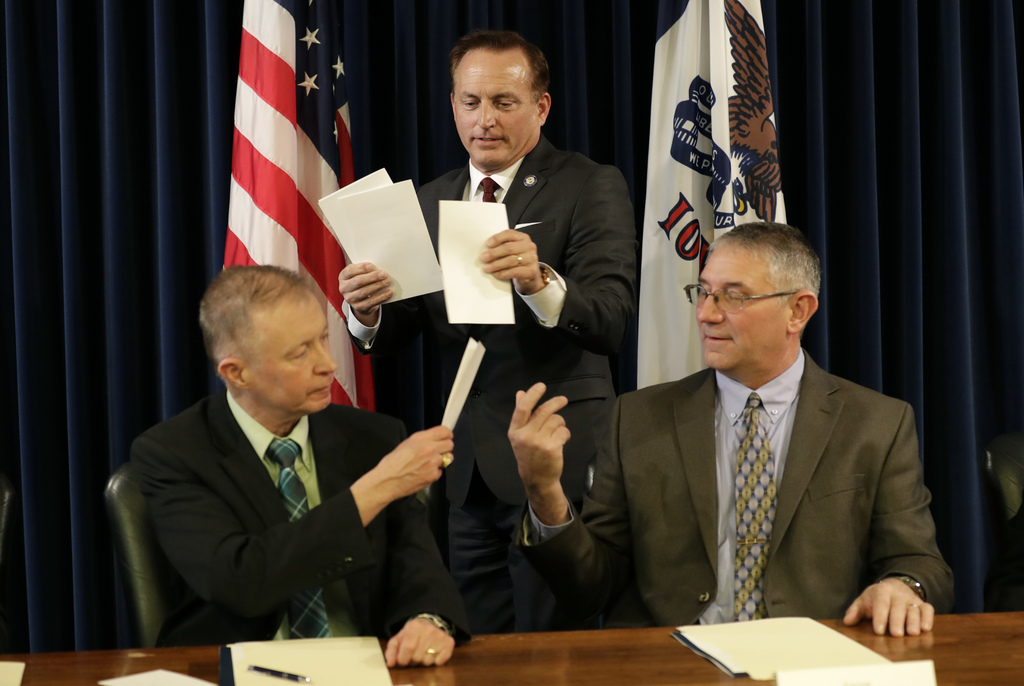 WASHINGTON (AP) — So much for an Electoral College revolt.

Despite weeks of lobbying and a day of protests, President-elect Donald Trump won all but two of the Electoral College votes he claimed on Election Day, ensuring he will become America's 45th president.

There were more protest votes among Democratic electors — five — than there were among Republicans.

All 538 electors met in state capitals across the country Monday to cast their votes. Trump's polarizing victory in November and the fact that Democrat Hillary Clinton won the popular vote by more than 2.8 million votes had stirred an intense lobbying effort. But the endeavor produced more noise than results.

With all states reporting, Trump finished with 304 votes and Clinton had 227. It takes 270 Electoral College votes to win the presidency. Texas put Trump over the top, despite two Republican electors casting protest votes.

"We did it!" Trump tweeted Monday evening. "Thank you to all of my great supporters, we just officially won the election (despite all of the distorted and inaccurate media)."

He later issued a statement saying: "With this historic step we can look forward to the bright future ahead. I will work hard to unite our country and be the President of all Americans."

More than 200 demonstrators braved freezing temperatures at Pennsylvania's capitol, chanting, "No Trump, no KKK, no fascist USA!" and "No treason, no Trump!"

Among the Republican electors in Texas who cast protest votes, one voted for Ohio Gov. John Kasich; the other voted for former Texas Rep. Ron Paul.

Several Democratic electors in other states tried to vote for protest candidates but they either changed their votes to Clinton or were replaced.

The Electoral College has 538 members, with the number allocated to each state based on how many representatives it has in the House plus one for each senator. The District of Columbia gets three, despite the fact that the home to Congress has no vote in Congress.

In Baton Rouge, Louisiana, elector Charlie Buckels reached out to Trump's opponents after the New York businessman got all of the state's eight votes.

"For those of you who wished it had gone another way, I thank you for being here," said Buckels, the state GOP finance chairman. "I thank you for your passion for our country."

A joint session of Congress is scheduled for Jan. 6 to certify the results of the Electoral College vote, with Vice President Joe Biden presiding as president of the Senate. Once the result is certified, Trump will be sworn in on Jan. 20.