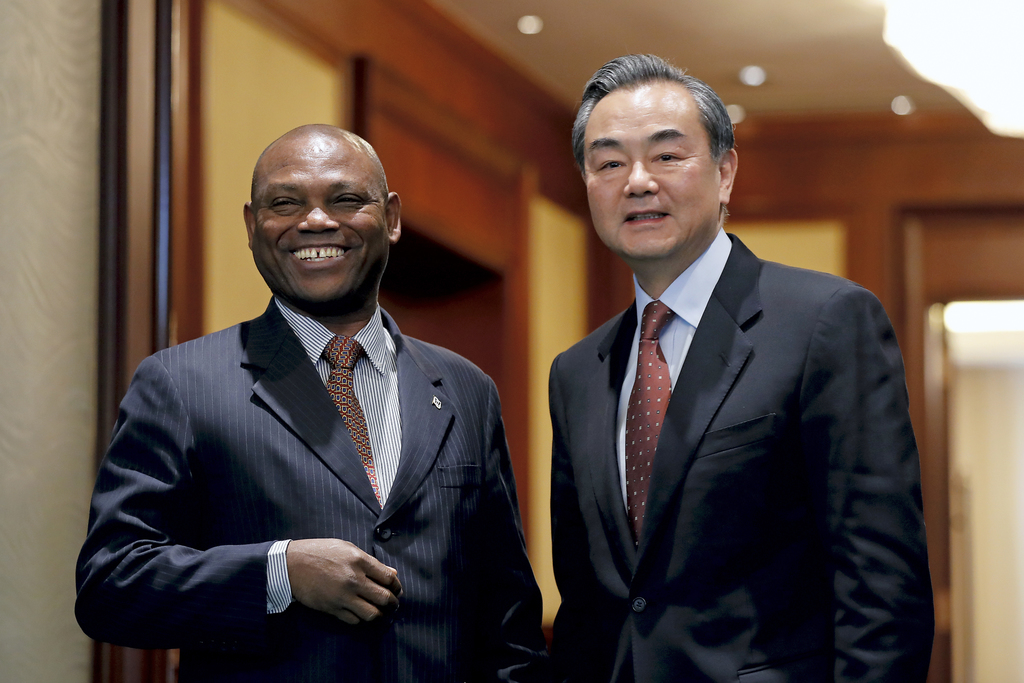 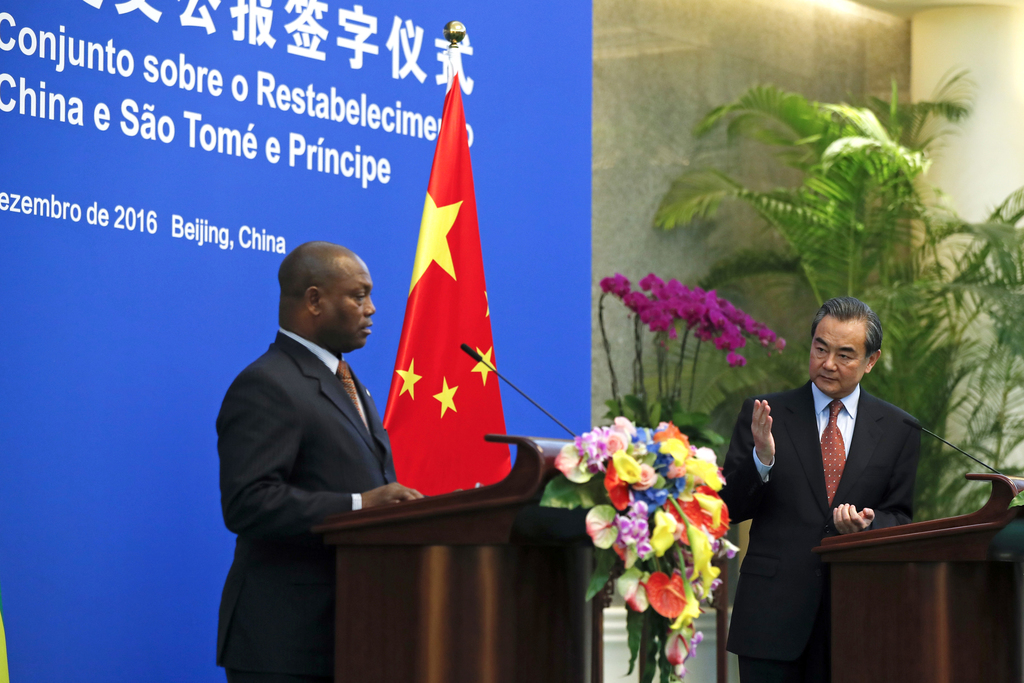 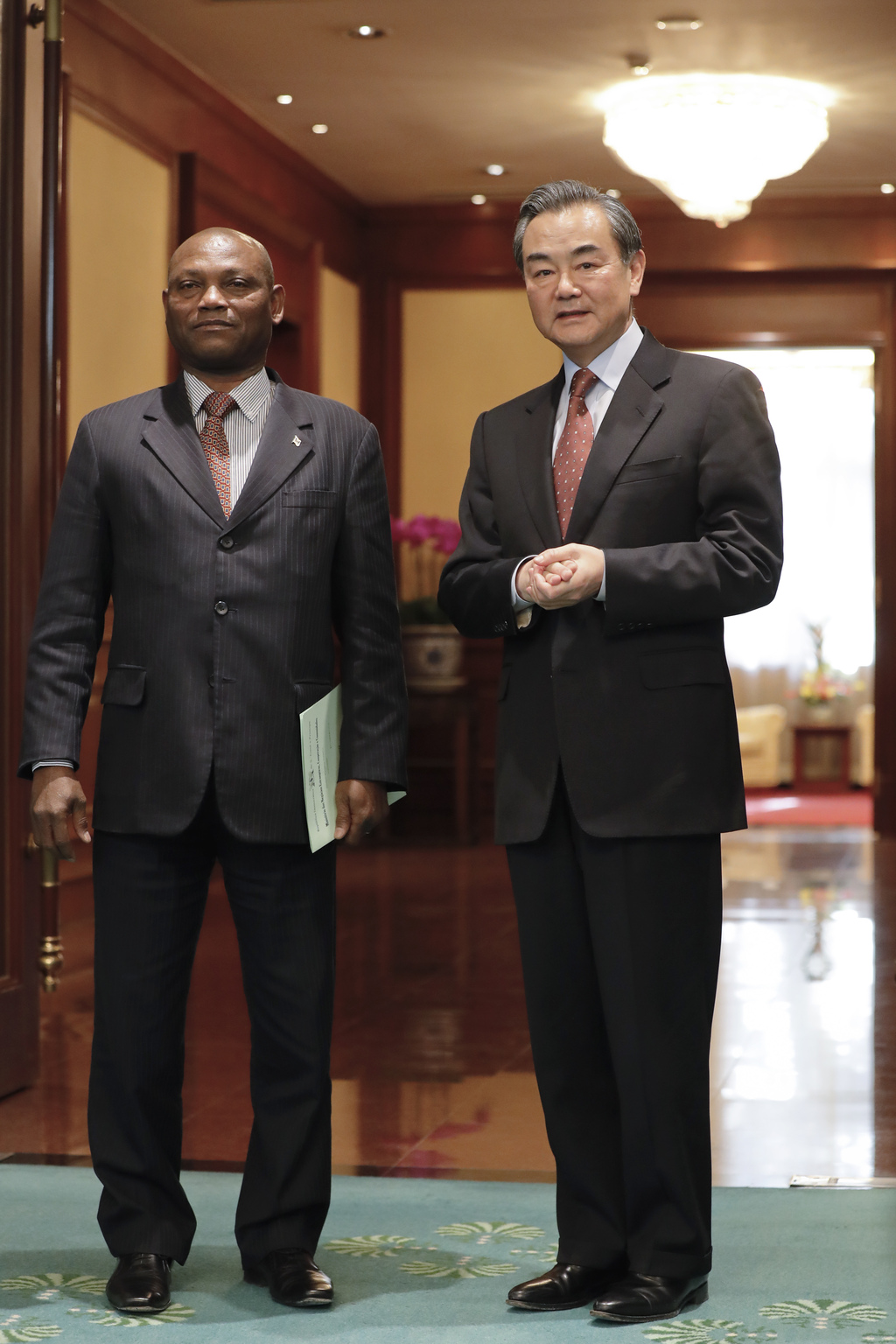 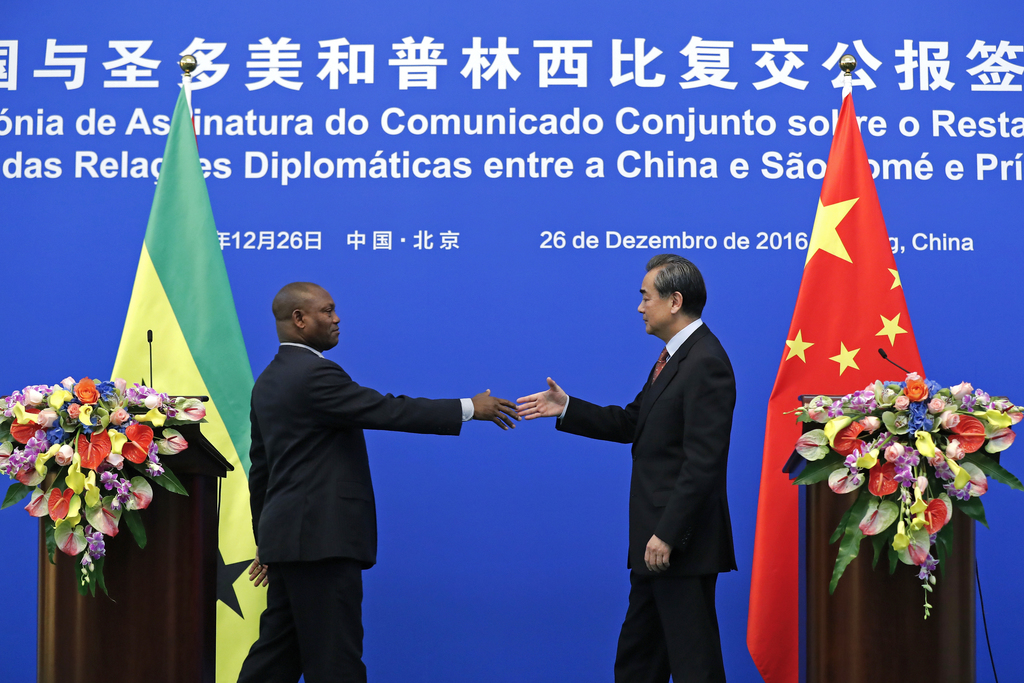 BEIJING (AP) — China and Sao Tome and Principe officially resumed diplomatic relations Monday in a triumph for Beijing over rival Taiwan after the African island nation abruptly broke away from the self-ruled island last week.

Chinese Foreign Minister Wang Yi and his counterpart from Sao Tome, Urbino Botelho, signed books at a ceremony in front of their flags at the Diaoyutai State Guesthouse in Beijing. Wang said the re-establishment of relations would bring benefits to both countries and they would hold exchanges in tourism, the media and other areas.

The move is a victory for Beijing, which considers the self-governing island of Taiwan a part of China's territory and has been outraged by suggestions by President-elect Donald Trump that he could rethink U.S. policy that acknowledges this. Beijing and Taipei have competed for allies for much of the nearly seven decades since the end of China's civil war in 1949, when the defeated Nationalist government fled across the Taiwan Strait.

Most of the world does not formally recognize Taiwan as a condition of maintaining relations with China. Sao Tome and Taiwan broke ties last week, leaving 21 countries and governments, mostly in Latin America and the Caribbean, that have official ties with Taiwan. Taiwanese Foreign Minister David Lee last week accused Sao Tome of demanding "an astronomical amount of financial help," though he did not say how much.

Sao Tome and Principe is an island nation off the coast of west-central Africa with a population of almost 200,000. The impoverished former Portuguese colony relies heavily on foreign aid. Beijing suspended its relationship with Sao Tome in 1997 after the island nation established diplomatic ties with Taiwan.

In re-establishing relations with Beijing, Botelho said Monday, "We want to redeem our mistakes in the past." He said he hoped that more Chinese businesses would invest in his country and more Chinese tourists would visit.

Taiwan's Foreign Ministry in a statement expressed its "strong disappointment and regret that Sao Tome has been confused by the diplomatic money campaign of mainland China and ignored the years of our great contributions to the health and wellbeing of the people of Sao Tome."

As its economic, military and political clout has grown, China has become more successful in pulling away governments in a bid to diplomatically isolate Taiwan, though some countries, including the United States, maintain strong unofficial ties with Taipei.

Relations have worsened between Beijing and Taipei since independence-leaning Taiwanese President Tsai Ing-wen was elected in January.

In March, China established formal diplomatic ties with the small African nation of Gambia, which had severed relations with Taiwan in 2013. That was seen as a move toward abandoning the unspoken diplomatic truce between the sides that lasted eight years under Tsai's China-friendly predecessor.

Beijing suspended contact with the main Taiwan liaison body in June, blaming Tsai's refusal to endorse the concept of a single Chinese nation.

While just a few countries and governments still have official ties with Taiwan, Beijing is eager to play up its latest addition after Trump suggested he might not adhere to the policy that recognizes only one China unless the U.S. gains trade or other benefits, analysts say.

Wang Dong, a professor of international relations at Peking University, said Monday's re-establishment of diplomatic ties was a warning to Taiwan that Beijing has "a lot of counter-measures" up its sleeve should they pursue independence, as well as a warning to the United States.

"The U.S. won't gain anything if they play with the one-China policy," he said. "It is also a warning to those in the U.S. who tolerate and support the Taiwanese independence forces."