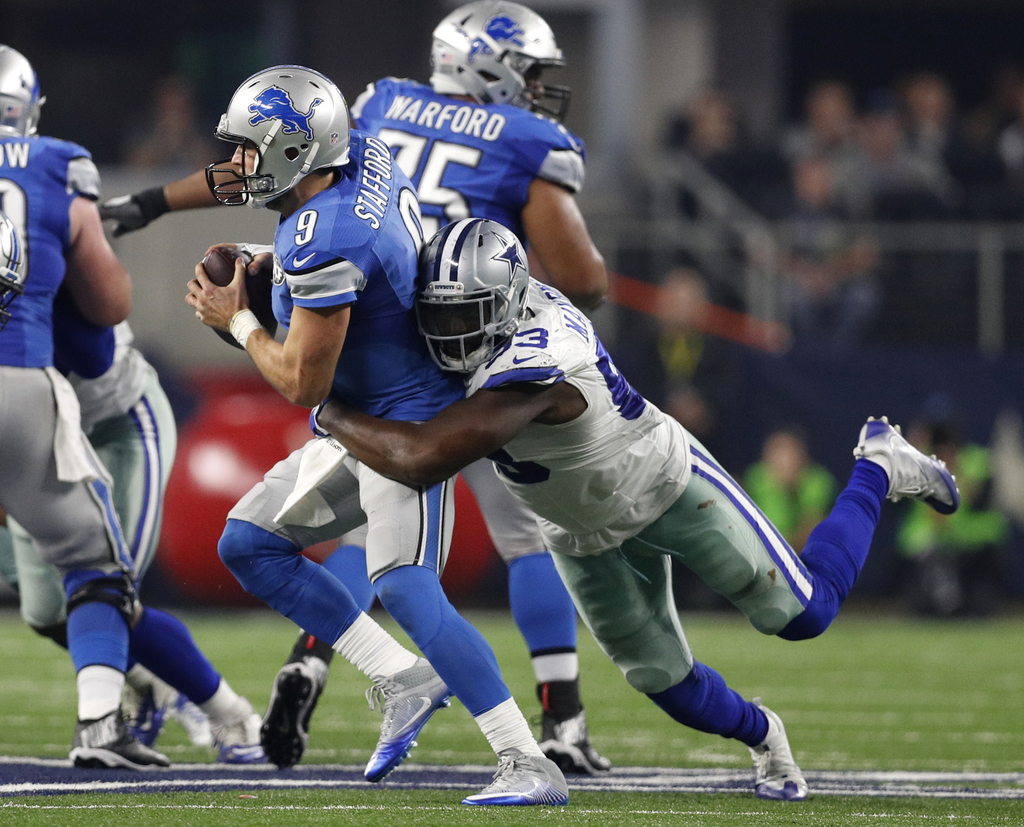 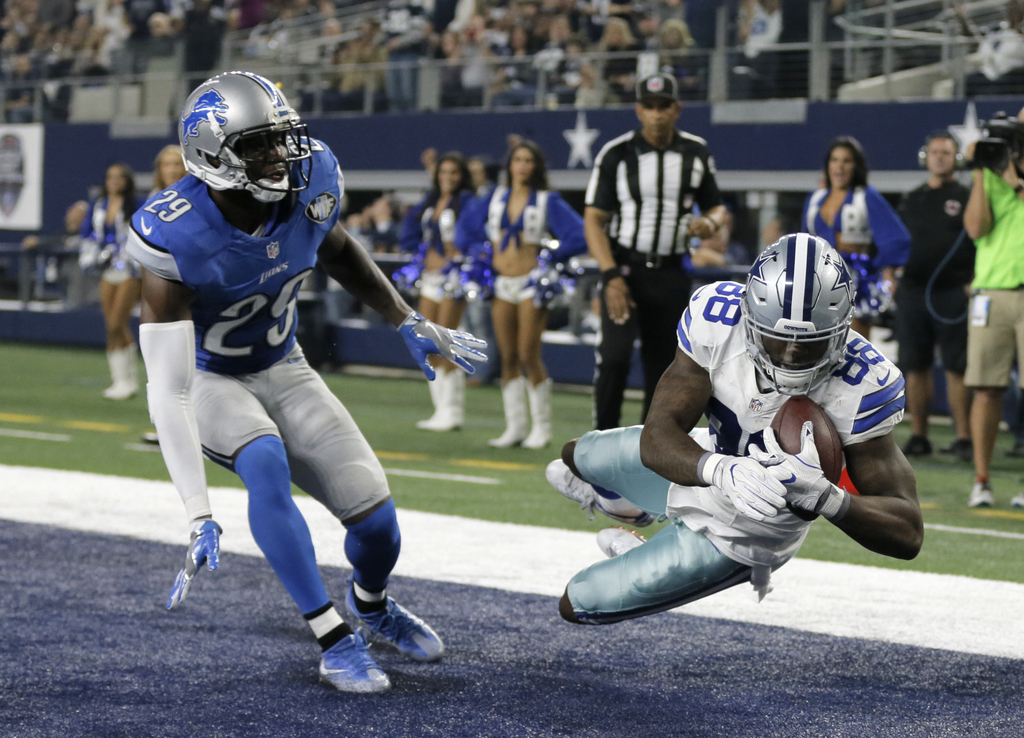 ARLINGTON, Texas (AP) — Matthew Stafford lost to his hometown team again, and the playoff plans are on hold for the Detroit Lions.

Dez Bryant threw his first career touchdown pass between a pair of scoring catches, Ezekiel Elliott ran for two TDs and the Dallas Cowboys kept the Lions from clinching a postseason spot with a 42-21 win Monday night.

Despite a second straight loss following five consecutive victories, Detroit (9-6) still controls its postseason fate. The Lions will be at home against Green Bay (9-6) with the NFC North title at stake in the finale Sunday.

"It's a one-game season," Stafford said. "If you told me in Week 17 we would have a game at our place and got a chance to win the division, I'd take it all day."

Stafford, a championship-winning high school quarterback in the Dallas area, had a 1-yard scoring plunge , but was sacked four times — matching a season high — almost two years after losing a wild-card game at Dallas.

He was 26 of 46 for 260 yards, including an interception that set up Elliott's 1-yard touchdown early in the third quarter to break a 21-all halftime tie.

With home-field advantage already wrapped up, the Cowboys (13-2) didn't let up in their seventh straight home win while matching their franchise record in victories, reached two other times.

"There's just one way to play," coach Jason Garrett said. "You can't put different meaning on different competition, like all of a sudden this is less important than that. That's not how we operate."

The biggest sign they were serious about this one came late in the third quarter, when Bryant took a reverse pitch from Dak Prescott and tucked the ball as if planning to run before pulling up and tossing a lefty lob to Jason Witten for an easy 10-yard score and a 35-21 lead.

"We've been working on that about five or six weeks, maybe a little longer," Bryant said. "You know how you practice plays and sometimes you don't run them? I did not think we were going to call that play. And we did, and we made it happen."

Elliott, the NFL rushing leader, had a 55-yard touchdown run in the first half and finished with 80 yards on 12 carries. He has 15 touchdowns rushing, two behind league-leading LeGarrette Blount of New England.

Prescott tied Pittsburgh's Ben Roethlisberger (2004) for the most wins by a rookie quarterback in the Super Bowl era with 13. He was 15 of 20 for 212 yards with three touchdowns, including Bryant's juggling 25-yard grab in the end zone when he fought off pass interference by Johnson Bademosi.