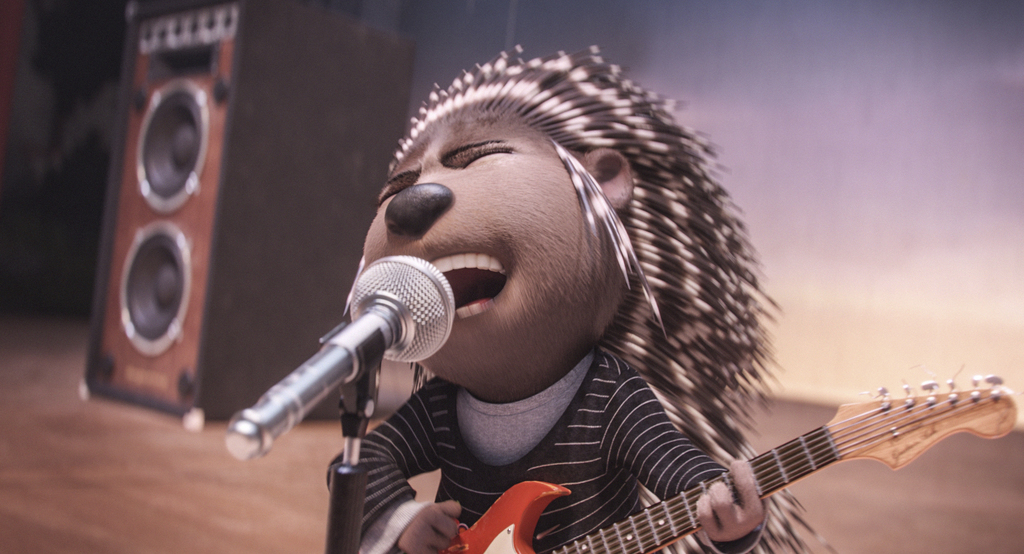 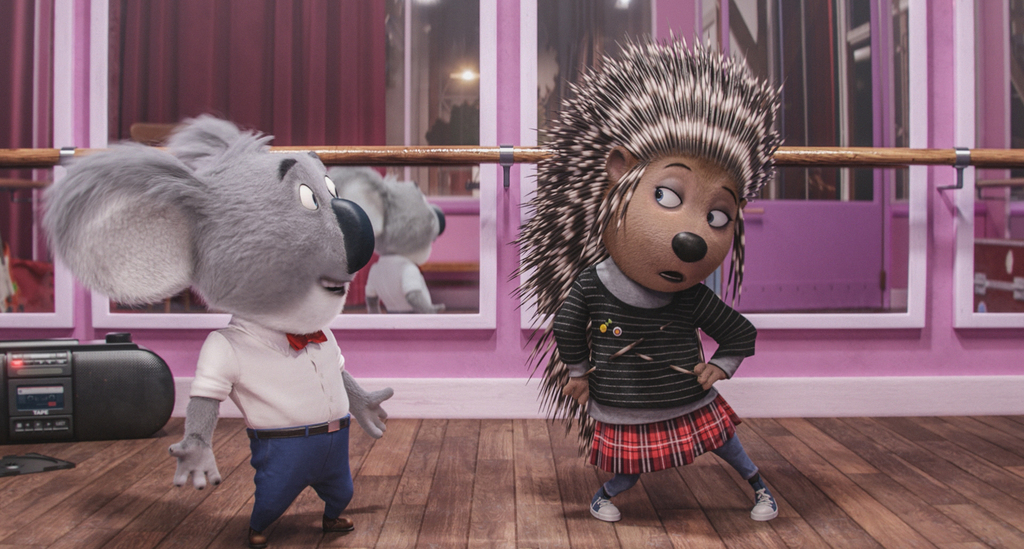 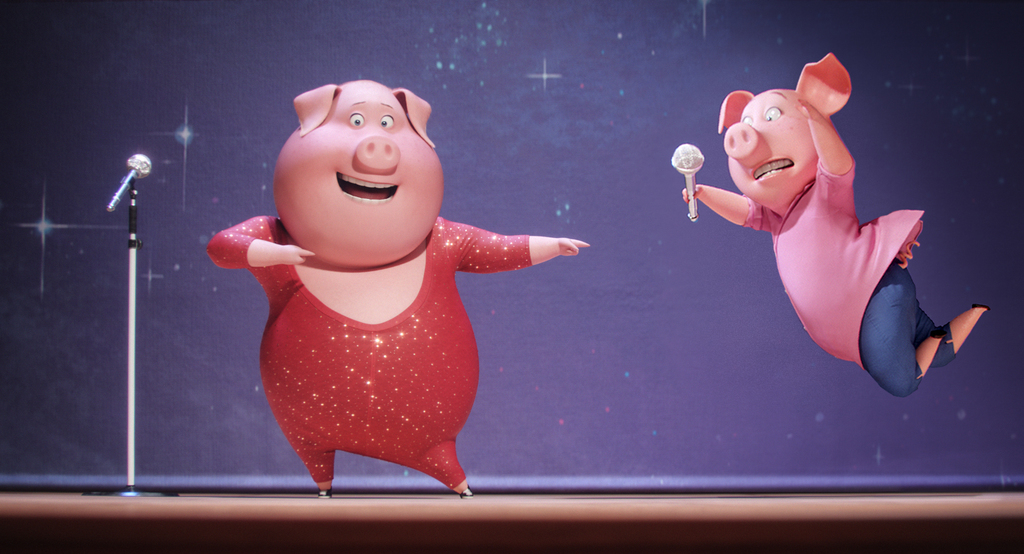 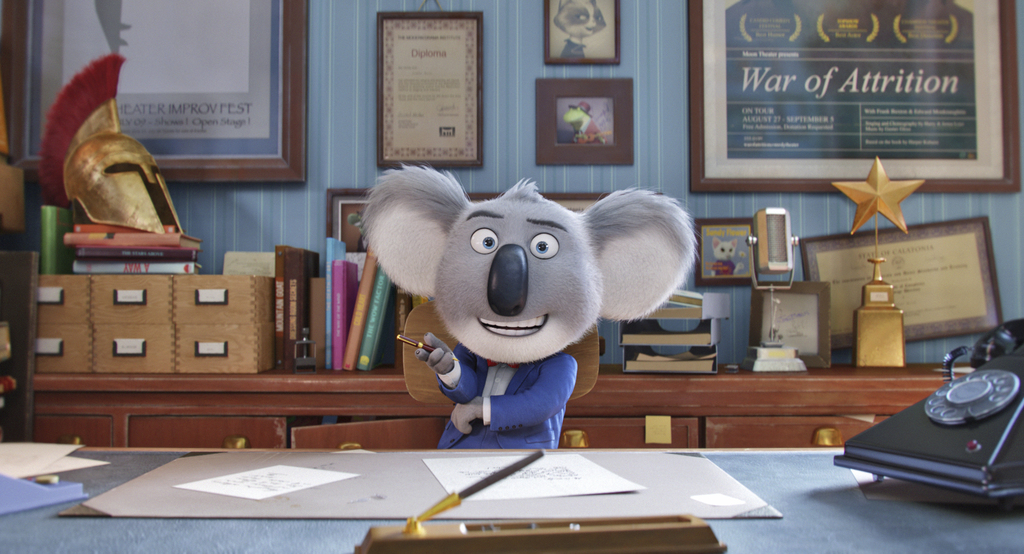 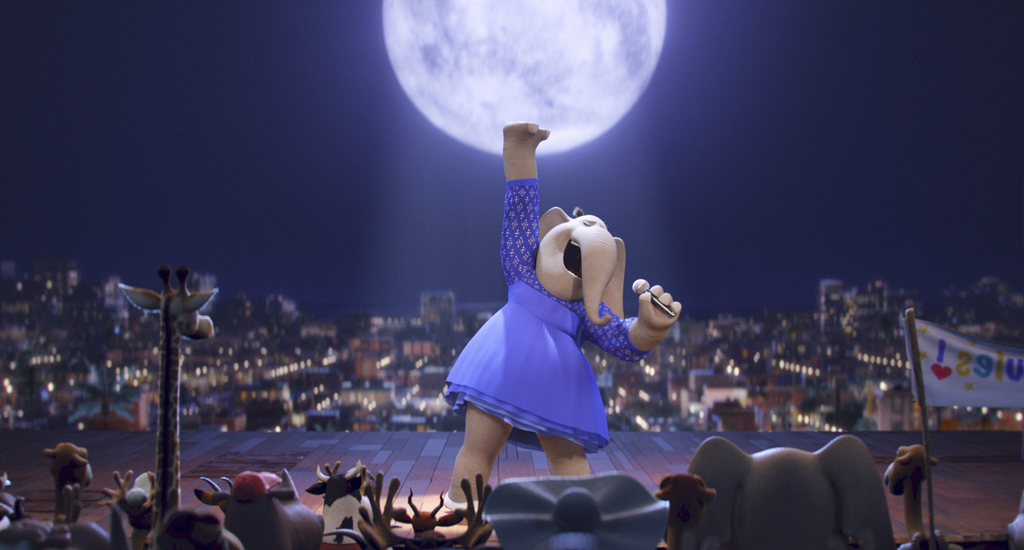 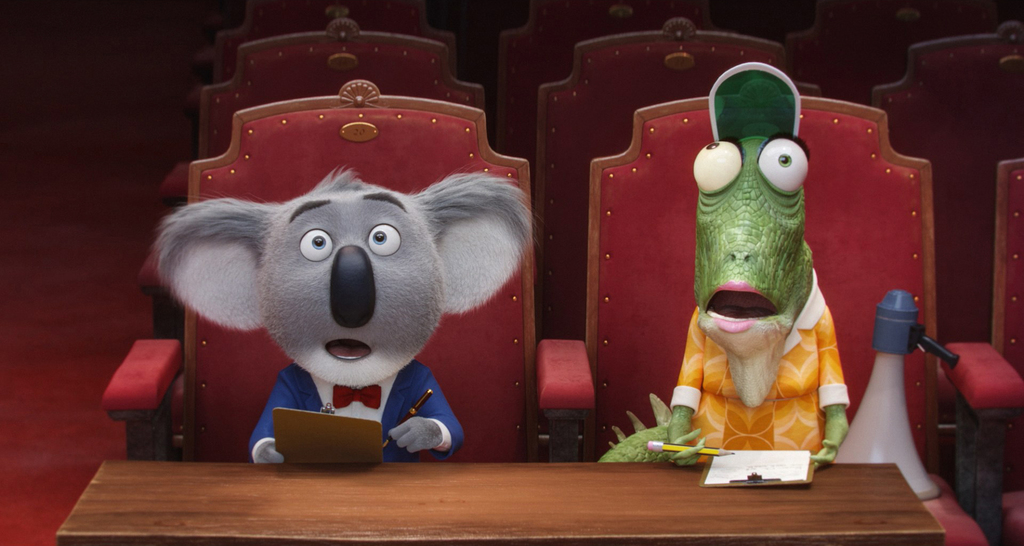 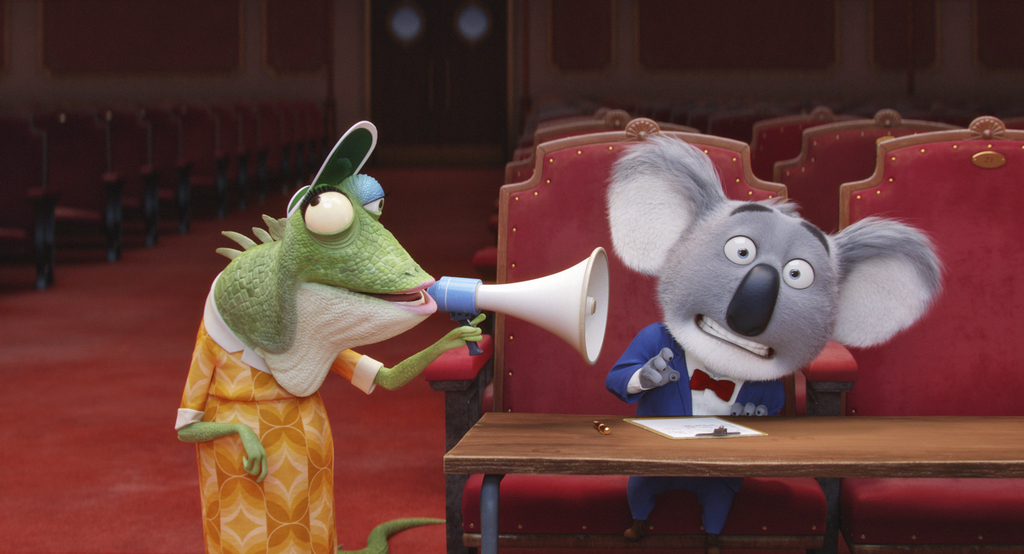 One can imagine the pitch meeting: It's "American Idol," but animated, and everyone's an animal.

We'll star a cuddly koala. We'll get McConaughey, Witherspoon, some other A-listers. We'll throw in everyone's favorite pop songs — get Legal on the phone! And hey, we'll add a fart joke. How could it miss?

And actually, that pitch meeting would be pretty much on the money. "Sing" doesn't miss, at all.

What this new holiday entry from Illumination ("Despicable Me," ''Minions," ''The Secret Life of Pets") might lack in originality of concept, it more than makes up for in execution — in smarts, energy, star power and plain old entertainment value. And with a satisfying ending that also packs an emotional punch, it's hard to imagine you won't exit the theater smiling, if not, um, singing.

The story, by writer-director Garth Jennings, revolves around Buster Moon, the aforementioned koala. A short digression here: why Buster doesn't have an Australian accent or any discernible relation to Australia — he's a KOALA! — is certainly curious. Then again, Matthew McConaughey certainly isn't Australian. And we love his distinctive drawl. So, we're good.

Buster is a theater owner, and his dedication to live entertainment will be touching to all those musical lovers out there (and this IS the season for musicals). However, he appears to have horrible taste in the shows he picks ("War of Attrition" is one of the amusing titles.) Times have been tough.

So Buster decides to put on a singing competition. He scrapes together $1,000 for the cash prize. But due to an unfortunate typo on the flyers printed by his somewhat blind but lovable secretary, Miss Crawly (voiced by director Jennings himself), the prize is upped to $100,000.

Needless to say, hordes show up to audition.

Which is good, because who doesn't love a good audition montage?

This amusing scene gives Jennings a chance to pull out all the stops. (Until the end of course, when he REALLY pulls out all the stops.) What ensues is a funny series of inappropriate animal/pop song mashups, like the snail singing Ride Like the Wind." You get the picture.

—Rosita (Witherspoon) is an overworked stay-at-home mama pig — she has 25 kids and an exhausted husband, and it's pretty hard to find childcare for 25 piglets.

—Johnny (Taron Egerton) is a gorilla with a Cockney accent who's trying to break free of the criminal gang run by his father.

—Ash (Scarlett Johansson) is a teen porcupine with a jerky boyfriend and a hidden songwriting talent.

—Mike (Seth MacFarlane) is a rat with a Sinatra-esque croon and a spending problem.

—And Meena (singer Tori Kelly) is an elephant with a terrible case of stage fright.

Of course, when someone in an upbeat movie starts out with a case of stage fright, it's pretty obvious what's gonna happen by the end. So we won't even leave you in suspense on that. But there are other questions to be answered:

Will Ash show her arrogant boyfriend what she's made of? (With Johansson playing her, the odds are pretty good — and you knew Scarlett could sing, right?) Will Rosita break free of the burdens of parenting? Will Johnny settle into a preordained life of crime, or follow his musical dreams? And will Buster manage to make his theater solvent?

The answers come with the help of even more celebrity voices: Leslie Jones, Jay Pharoah, Jennifer Saunders, Rhea Perlman and, most spectacularly, Jennifer Hudson have cameos.

As mentioned, the best comes last. It's hard to beat a good singing contest. And anchoring it all is McConaughey's pleasing drawl. His koala is a nice balance, neither too sweet nor too nasty, neither too corny nor too cynical.

"Sing," a Universal Studios release, is rated PG by the Motion Picture Association of America for "some rude humor and mild peril." Running time: 108 minutes. Three stars out of four.