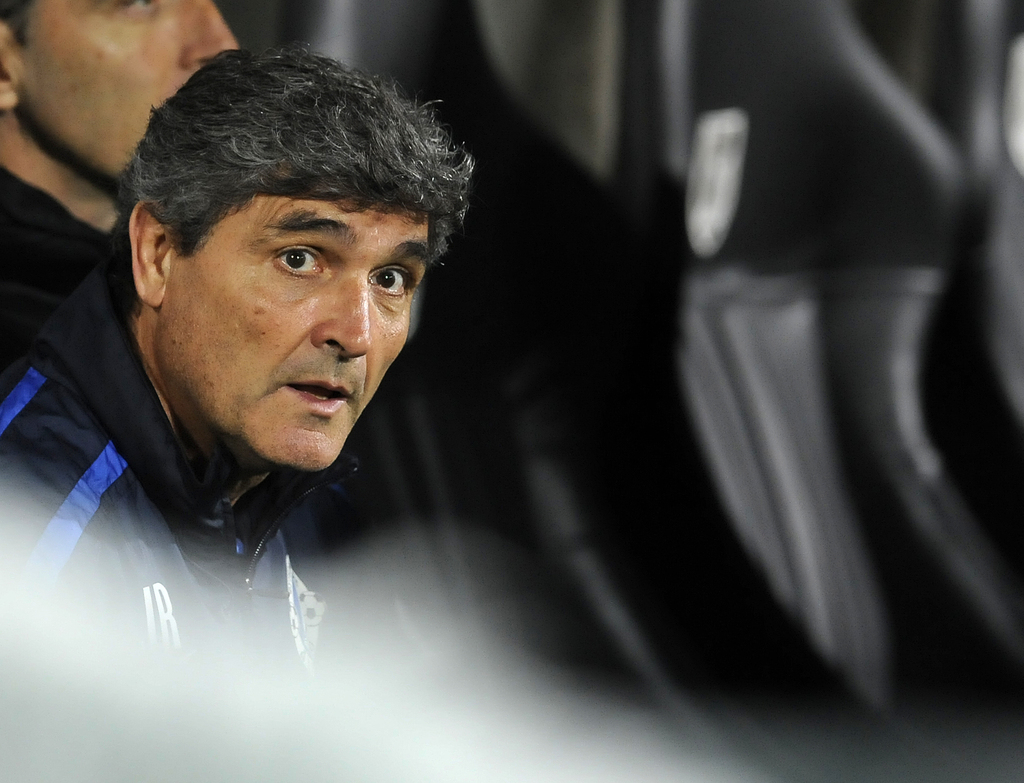 BARCELONA, Spain (AP) — Despite its midtable position in the Spanish league, Malaga has changed its coach almost halfway through the season with former Real Madrid boss Juande Ramos leaving the club.

Ramos cited "tensions" at Malaga behind his departure announced late on Tuesday night,.

The Qatari-owned club said in a statement that the 62-year-old Ramos had agreed to cut short his contract by 2 ½ years.

Romero was promoted from the position of assistant coach he has held for the last three seasons.

The 40-year-old Romero is a former Uruguayan midfielder who played for Malaga from 2001-07 before later returning to join its coaching staff. Last season, he took over as coach during three matches when then manager Javi Garcia was suspended.

The departure of Ramos comes after the team's strong run in the Spanish league was halted by a 4-1 loss at Sevilla that left it in 11th place, and its disappointing elimination by a second division team in the Copa del Rey. Some fans at La Rosaleda stadium called for Ramos' firing after the cup exit to Cordoba following a 4-3 defeat on Dec. 21.

In a statement published on the club's website, Ramos mentioned "the tension during recent matches that didn't help the team" as his motive for leaving.

"Football is susceptible to change and in adverse situations we managers are often the ones who are wronged," Ramos said. "In this specific case, I have decided to remove myself from a situation that was uncomfortable and unsatisfying."

The team had been playing well, given its lack of top talent, until losses to regional rivals Sevilla and Cordoba just before the Spanish winter break.

Prior to that, Malaga equaled a club record of five straight home wins and an impressive 0-0 draw at Barcelona's Camp Nou.

Under Ramos, who took over at the end of May, Malaga had developed a useful habit of late goals. It scored three 90th-minute goals, and another five in the final 20 minutes, all of which earned the team points.

Ramos agreed to take over Malaga this summer, ending a two-year hiatus from coaching for the former Madrid, Tottenham and Sevilla boss. Ramos had also managed Malaga near the beginning of his coaching career in 2003-04.

Romero's first match as head coach will be at Celta Vigo on Jan. 8.