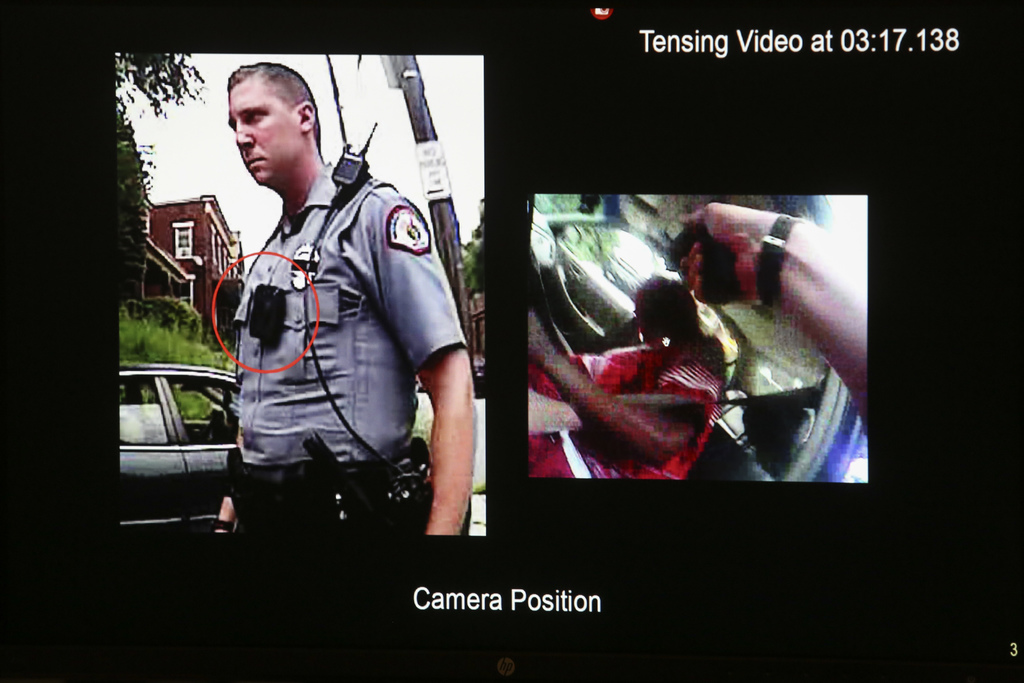 COLUMBUS, Ohio (AP) — The Ohio Supreme Court dismissed a public information lawsuit Tuesday without ruling on its argument that video from police body cameras are public record and should be released on request.

In not taking up the issue, the court noted that the video had already been released — two days after news organizations requested the footage in the July 19, 2015, traffic stop and fatal shooting of a black motorist by a white University of Cincinnati officer.

News organizations including The Associated Press sued Hamilton County Prosecutor Joe Deters last year when he initially refused to release the police bodycam video. Deters released the material after the officer was indicted on charges including murder.

In Tuesday's ruling, Justice Judith Ann Lanzinger wrote that the prosecutor was entitled to review the video first to determine whether any information had to be redacted; she noted that Deters produced the footage six days after he received it.

"We conclude that he responded in a reasonable period of time," she said.

Deters said he was pleased with the decision, saying "it lets the prosecutor do his job to investigate cases before material is released to the media potentially jeopardizing future prosecution."

Attorney Jack Greiner, representing the media groups, called it a narrow decision with little precedent-setting value. He noted it doesn't affect a Dec. 6 ruling by the state Supreme Court that said video footage from police cruiser dash cameras is public record that, with some exceptions, should be promptly released upon request.

Deters had asked the court to throw out the lawsuit, saying the issue was moot after he released the video. But Deters also said he wouldn't object if the justices looked at the overall issue of releasing such video in the midst of investigations.

Among other arguments, the news organizations claimed that because a state-supported university created the video to document its officer's activities, the video is a public record. The video also was kept by the Cincinnati police and county prosecutor's office.

A retrial on charges of murder and voluntary manslaughter is scheduled May 25 in Cincinnati for Ray Tensing, who was fired from the University of Cincinnati police department after his 2015 indictment.

A mistrial was declared Nov. 12 after a jury couldn't agree on a verdict after a first trial in which jurors viewed his body-cam video. The two sides offered conflicting interpretations in court of what the video showed.

Andrew Welsh-Huggins can be reached on Twitter at https://twitter.com/awhcolumbus. His work can be found at http://bigstory.ap.org/content/andrew-welsh-huggins