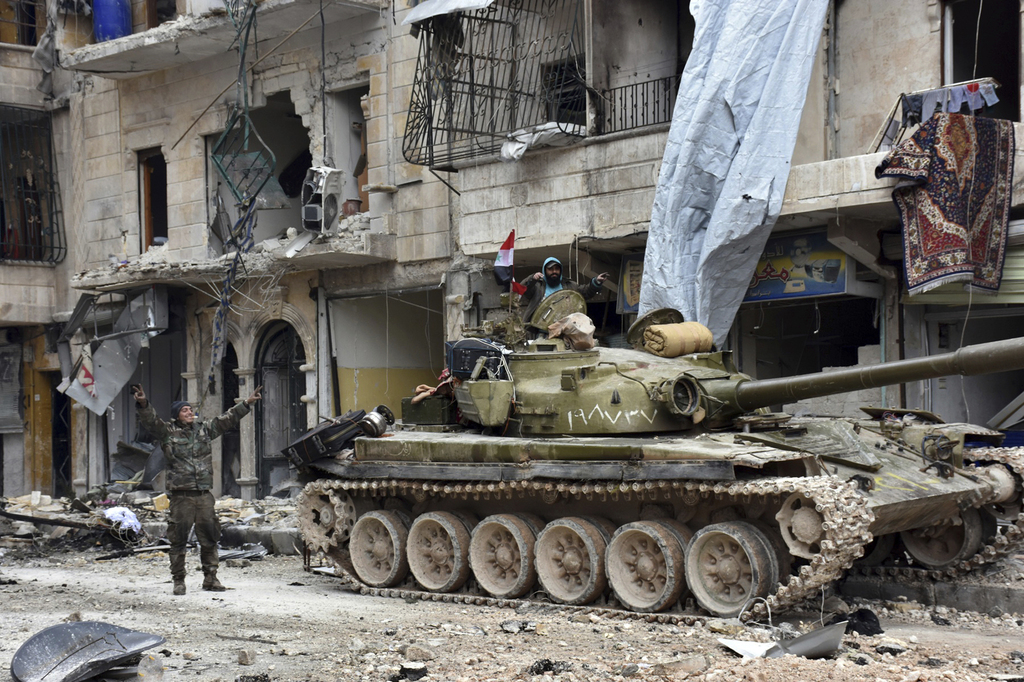 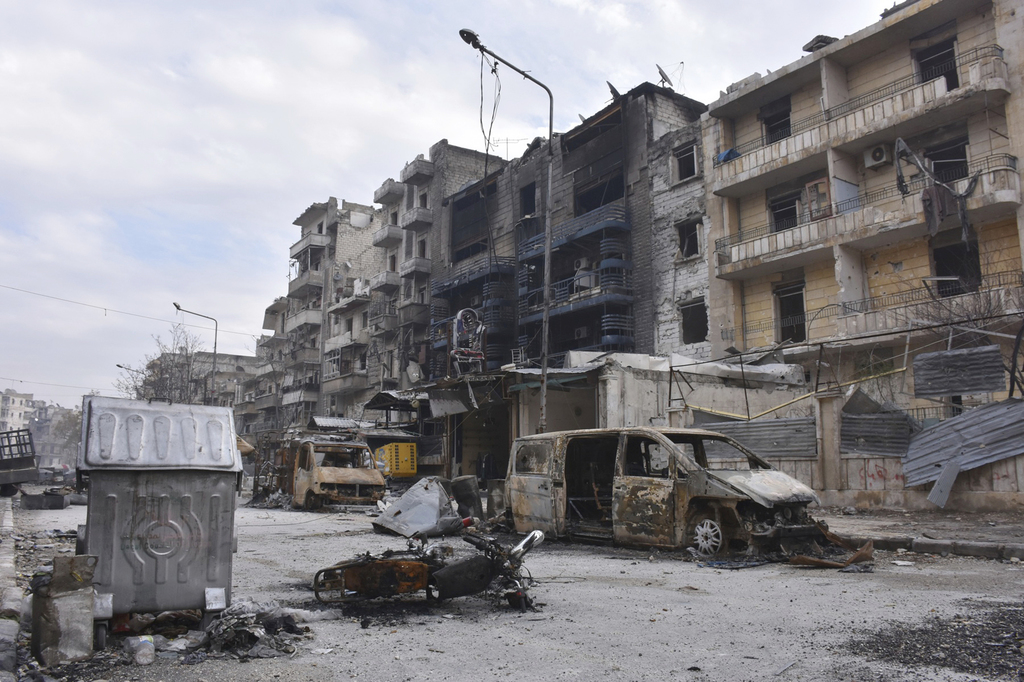 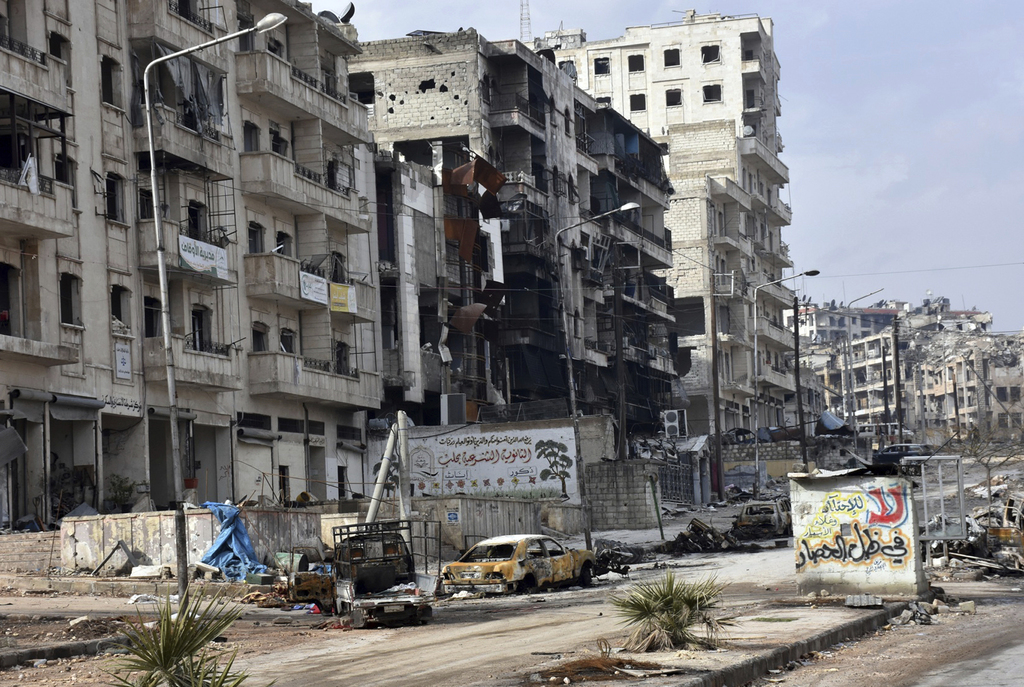 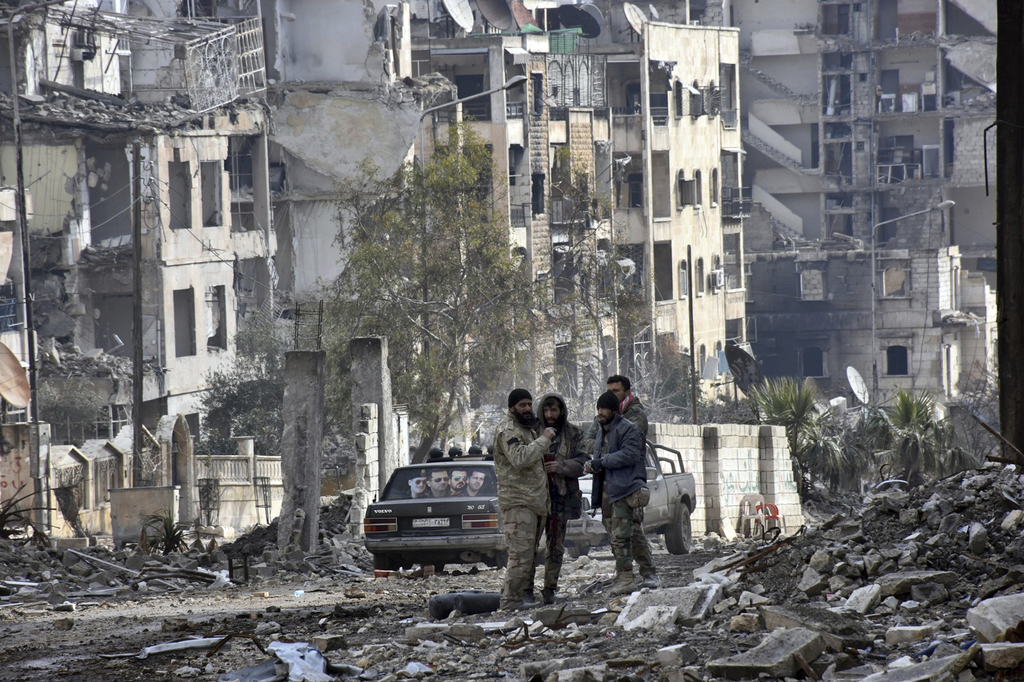 BEIRUT (AP) — An explosion rocked eastern Aleppo on Saturday as some residents were returning to their homes after the government assumed full control of the city earlier this week, state TV reported while fresh airstrikes on a rebel-held town near Aleppo killed at least five people.

The airstrikes on areas near the northern city of Aleppo show the government has resumed military activities after days of calm that coincided with the evacuation of tens of thousands of civilians and rebels from east Aleppo.

On Thursday, President Bashar Assad's forces took control of eastern neighborhoods of Aleppo for the first time since July 2012, marking the government's biggest victory since the crisis began more than five years ago.

Government forces will likely now try to secure the outskirts of the city as rebels are based in the western and southwestern suburbs of Aleppo, Syria's largest city and once commercial center.

The Britain-based Syrian Observatory for Human Rights said an airstrike on the town of Atareb, west of Aleppo, killed five people including a man, his daughter and daughter-in-law.

The Aleppo Media Center, an activist collective, said the airstrikes killed seven people including a woman and two children.

The Saturday noon airstrike on Atareb came after airstrikes on nearby villages the night before killed three rebels, according to the Observatory.

Earlier Saturday, state TV said the explosion in east Aleppo was caused by a device left inside a school by Syrian rebels, who withdrew from their last remaining enclave under a cease-fire deal after more than four years of fighting. It said three people were wounded in the blast.

A correspondent for Lebanon's Hezbollah-run Al-Manar TV was reporting live from the area when the blast sounded in the background, sending a huge cloud of dust into the air. The correspondent later said that at least three people were killed.

In the capital Damascus, state news agency SANA said militants blew up the Barada water pipeline in the suburb of Kafr al-Zayt.

SANA quoted the director of Damascus and Damascus Countryside Water Establishment Hussam Hreidin as saying that the pipeline went out of service due to the attack. He added that the pipeline had been fixed and its service restored on Friday less than a month after a similar attack.

Pro-government media said the government was forced to cut water supplies coming to the Syrian capital for a few days and use reserves instead after rebels polluted the water with diesel. The al-Fija spring which supplies Damascus with water is in the rebel-held Barada valley northwest of the capital in a mountainous area near the Lebanese border.

The cut in water supplies comes at a time when government forces and their allies are on the offensive in the Barada Valley area.