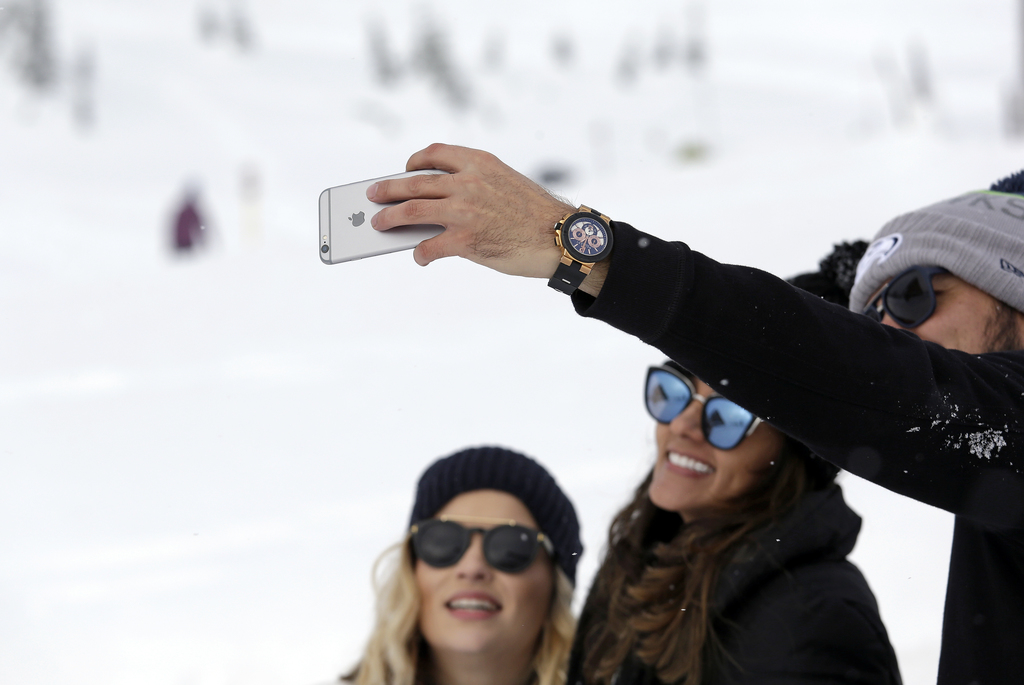 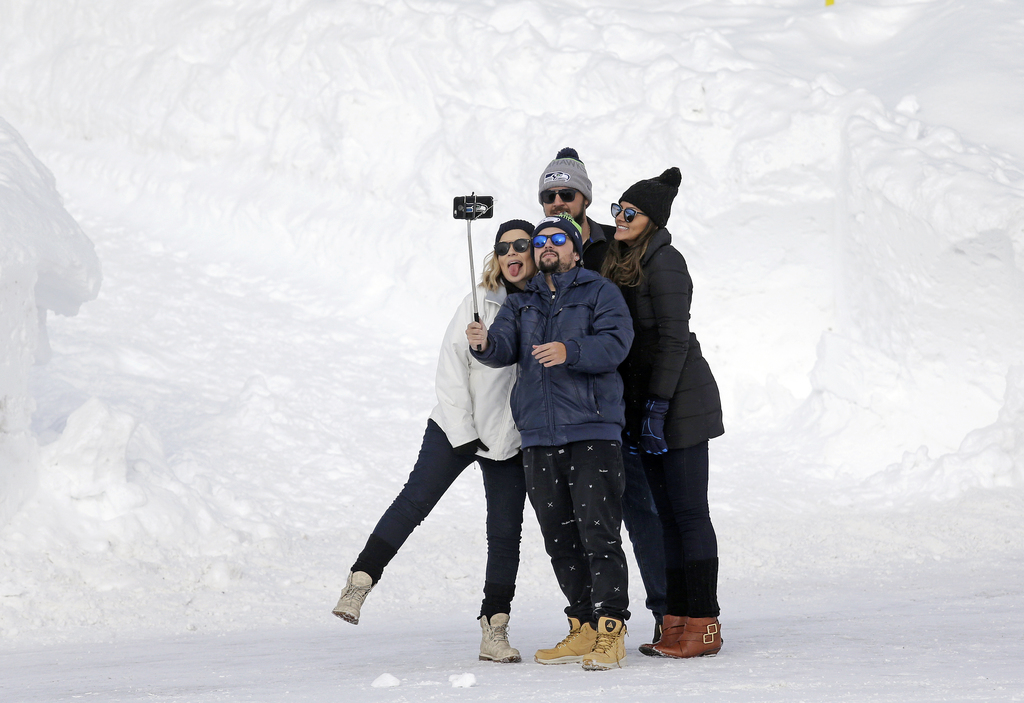 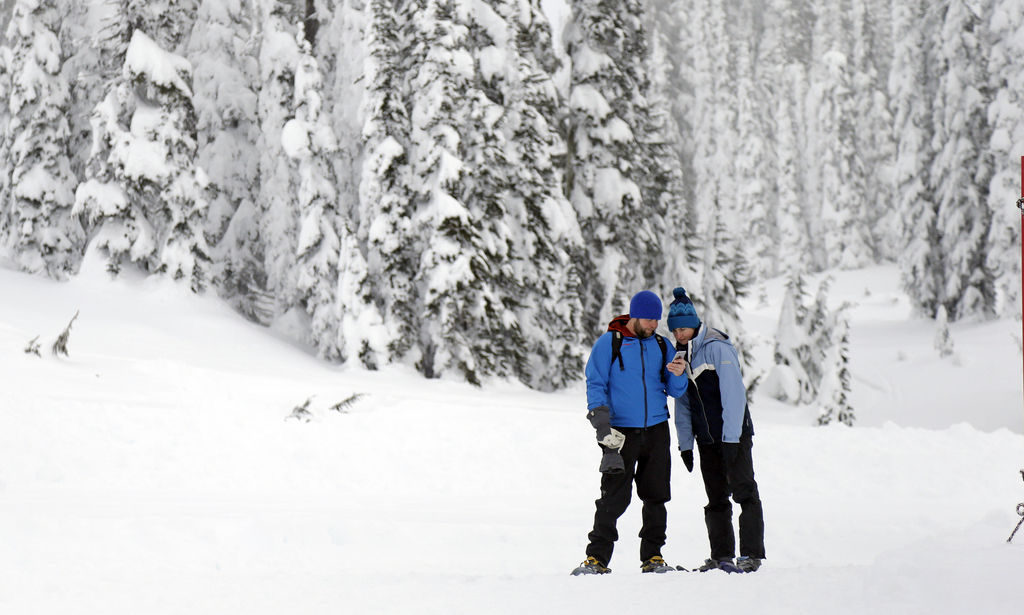 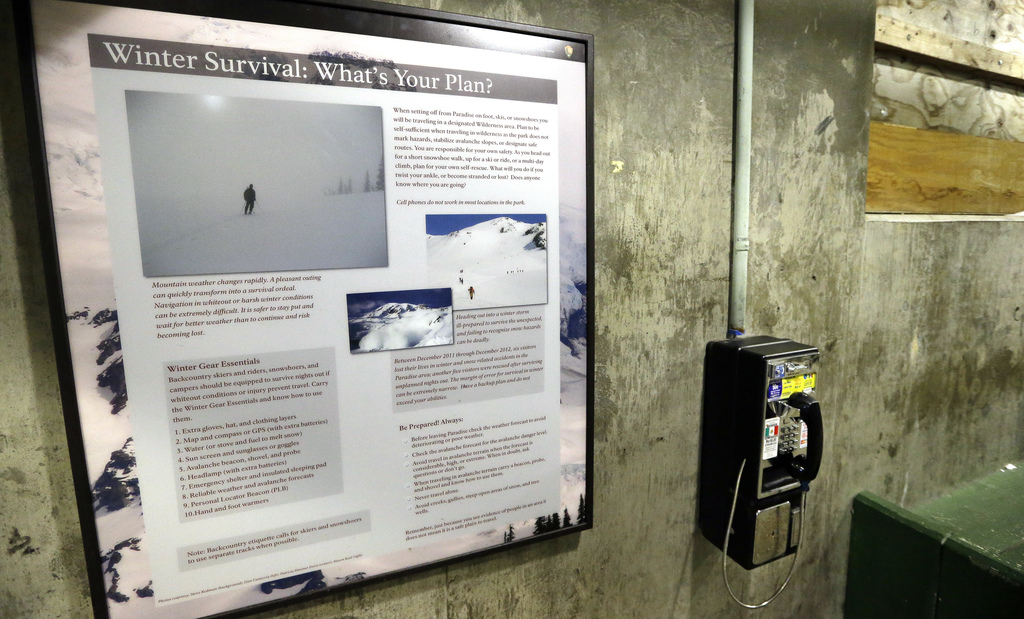 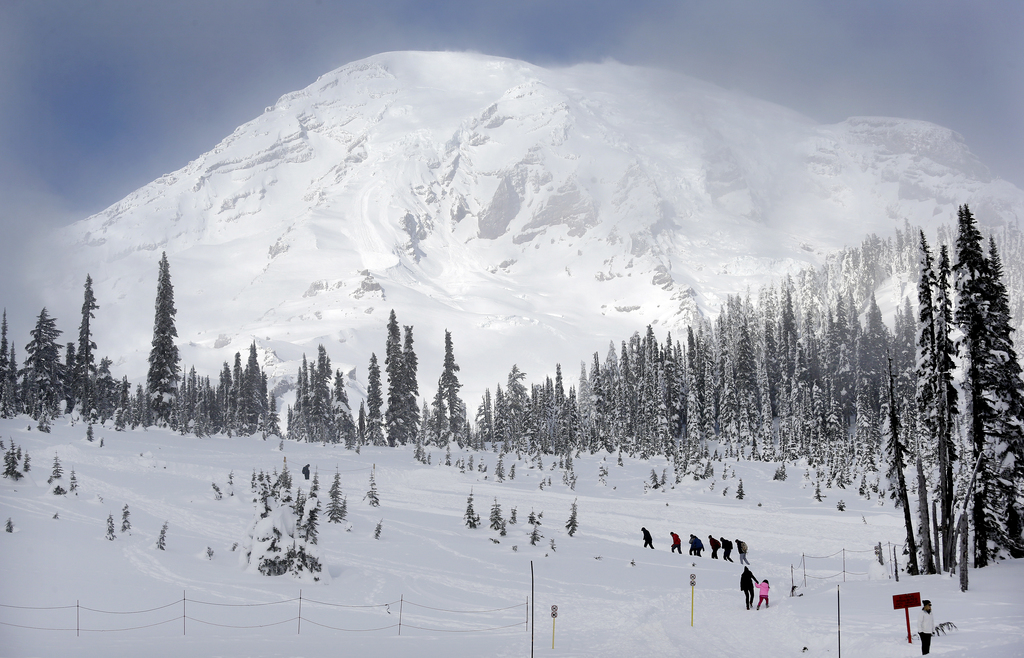 SEATTLE (AP) — On a recent snowshoeing trip on Mount Rainier, Nancy Spears brought along her cellphone but was happy not to have coverage: It gave her time to connect with her snowy surroundings rather than her social media accounts.

Spotty or no cellular service has been the norm at the nation's fifth oldest park south of Seattle, but that could change soon.

Mount Rainier National Park is considering proposals by two carriers to provide cellular service in the park, setting off debates about whether people enjoying the park and surrounding wilderness areas should have access to calls, Facebook, Instagram and other technology while communing with nature.

Verizon Wireless and T-Mobile have applied for right-of-way permits to install telecommunications equipment on the visitor center at Paradise, one of most heavily used areas in the park. No towers would be built; antennas would be located below the roofline of the visitor's center. There are currently no cellular installations in the park.

Some say cell service would improve safety and provide a convenience for visitors. Others don't want it, saying the proliferation of phones will distract from the natural beauty of the surroundings.

Spears, a Seattle nurse, has mixed feelings. For safety reasons, she'd like to call for help if needed. But the 33-year-old, who grew up with the internet, also appreciates having time away from it.

"The inner part of me just says peace and quiet and the beauty is all we need," Spears said. "But cellphone use kind of drives us now, so it's kind of what everybody is on all the time, including myself, so as much as I'd like to say peace and quiet there's also part of me that wants reception."

"Part of me fights that second impulse to check, but I do really like being free from it," she added.

Park officials say they are required by federal law to consider all telecommunications proposals on park lands.

"We can certainly see both sides of it at the park. It's a complicated issue," said Tracy Swartout, park deputy superintendent. "My belief is that it will improve safety on the whole."

Park rangers use radios for communication, but other search teams and law enforcement may not have them, she said.

Diane Lynch, 58, favors enabling cell service, particularly after coming upon an incident where a man had fallen through snow. When she and her hiking partner heard the cries for help, her friend ran to the scene while she ran toward a climbing class where a mountain guide had a radio and was able to call for help.

Lynch said people who want a wilderness experience can choose to leave their cellphones behind. "Anybody has that choice if they want to have a true wilderness experience. Leave it in your car," but phones can help those who are lost or injured in the backcountry, she said.

Daniel Zilcsak, 38, also supports cell service as a matter of safety though he's relieved the proposal doesn't include a visible cell tower or antennae.

"Yes, people can abuse it and talk on the phone loudly, disturbing other hikers, but they can talk loudly with a partner too, or they can play loud music too, regardless of whether they have an internet connection or not," said Zilcsak, who writes a blog about his outdoor adventures.

Public Employees for Environmental Responsibility is urging the park to reject the applications, saying coverage maps show that signals will spill deeply into park wilderness. The Maryland-based national group says park officials should do more to protect the wilderness character of a park that is designated 97 percent wilderness.

Jennifer Mahaffey enjoyed no cell service on a recent snowshoeing trip at the mountain.

"It's nice to come up here and be disconnected and enjoy the nature that you come up here to see," she said. "I love being out in the wilderness and enjoying people I'm with. A lot of us, we spend too much time on cellphones, technology, on computers on an average day."