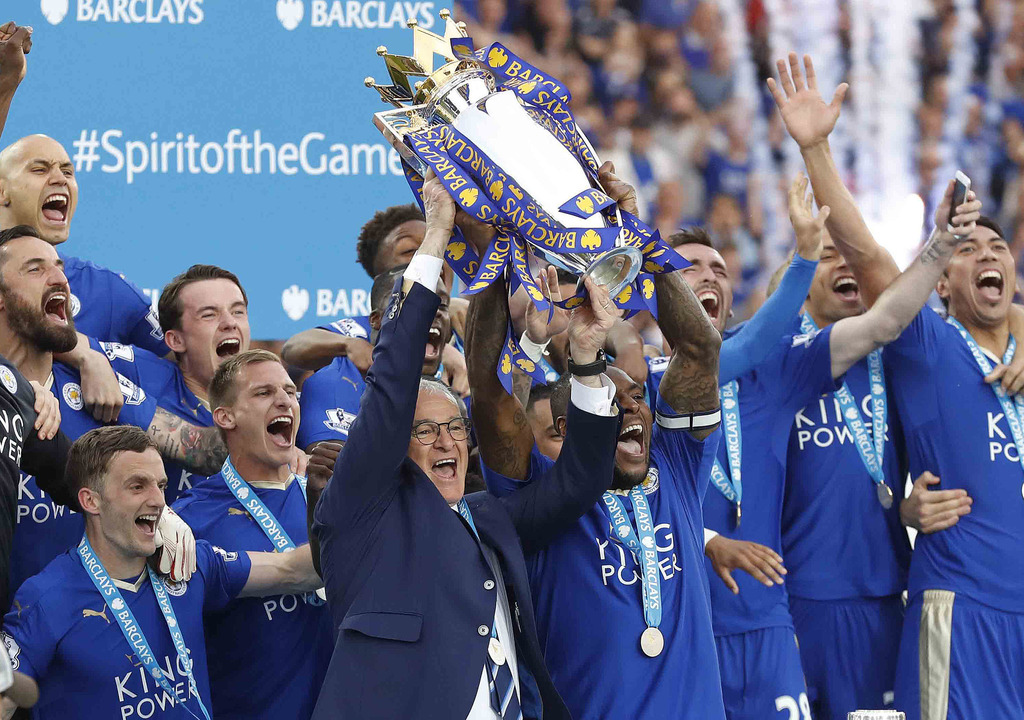 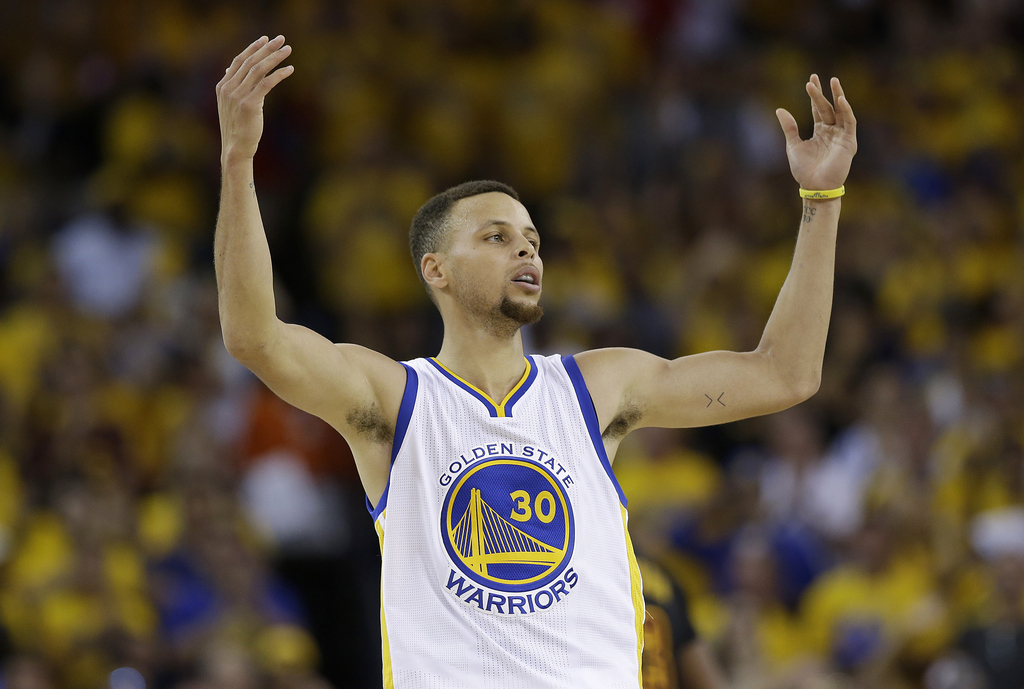 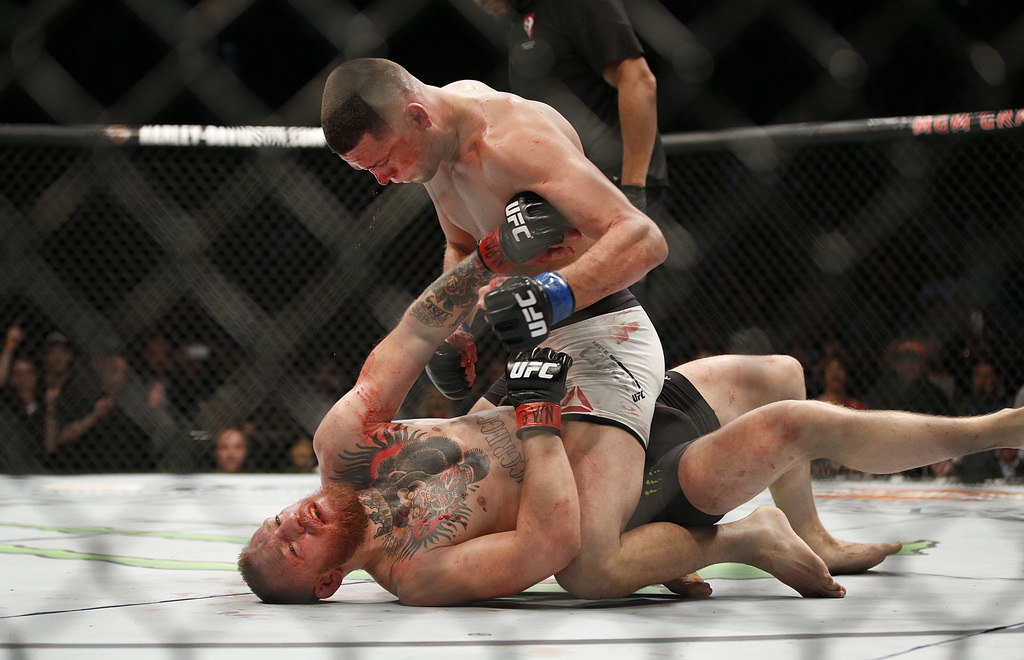 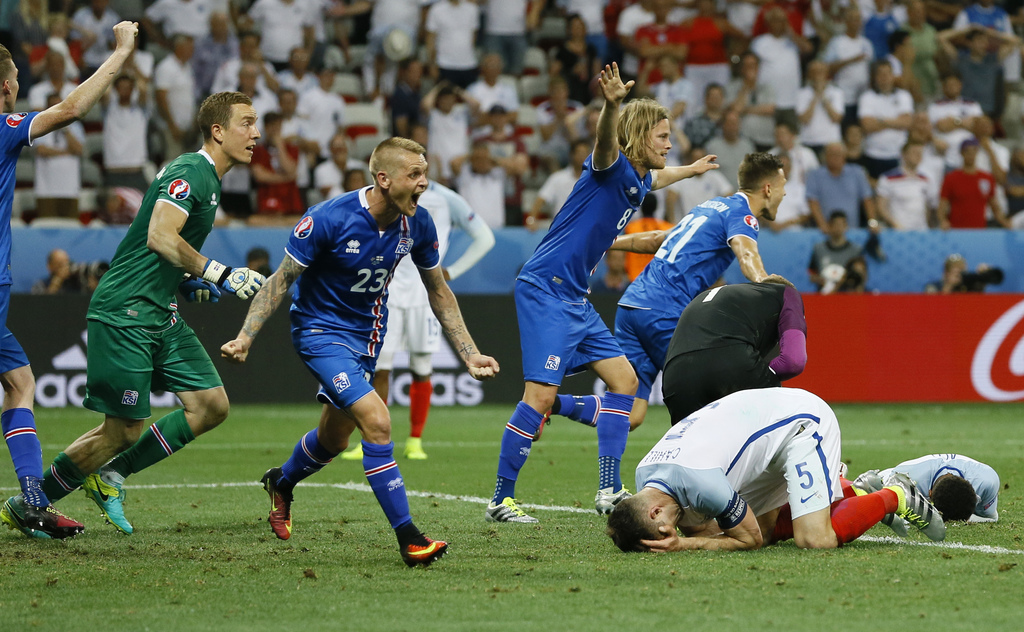 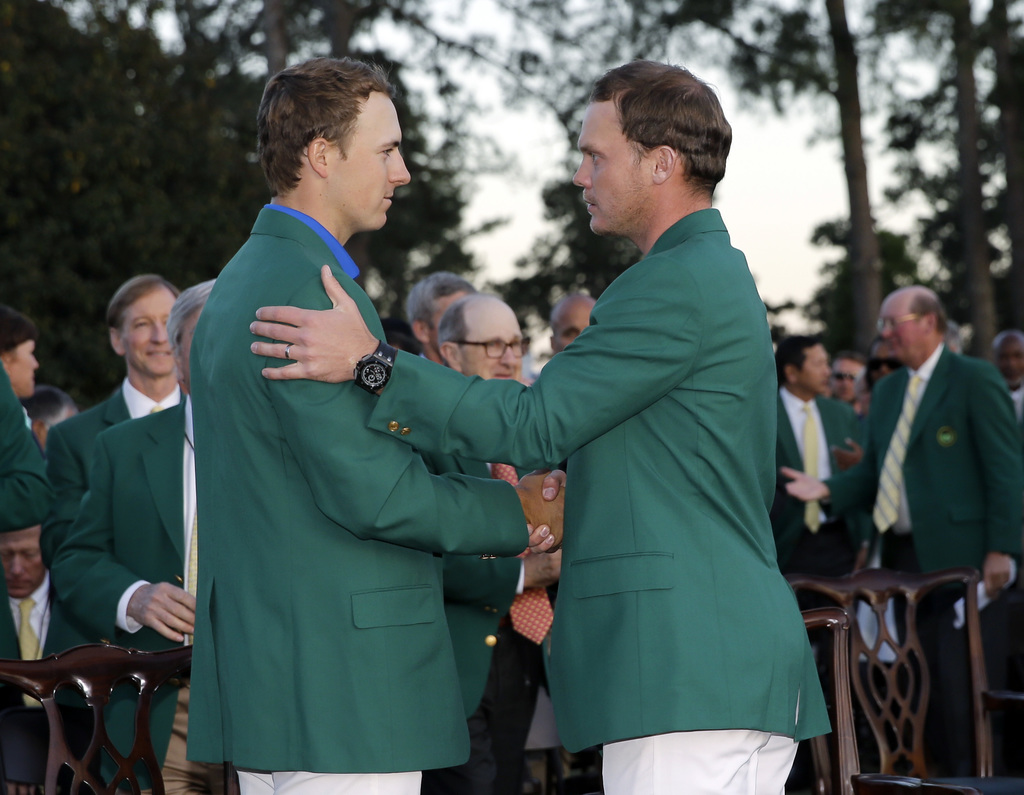 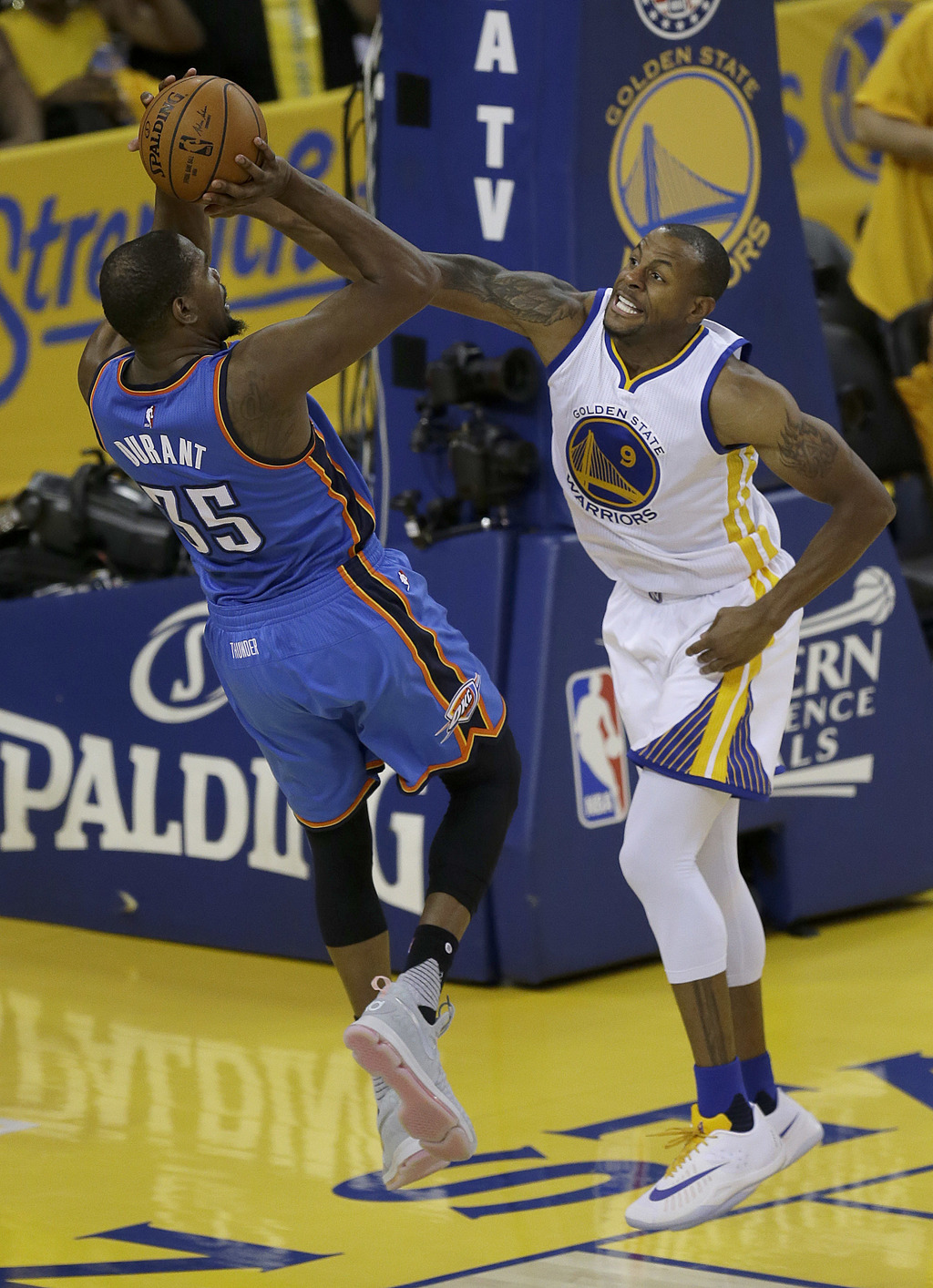 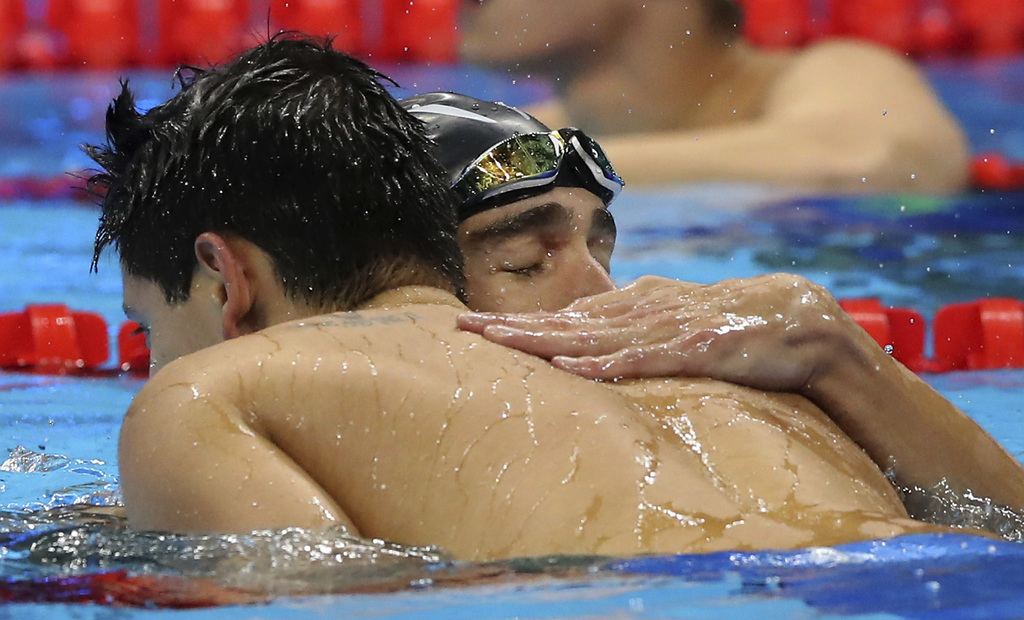 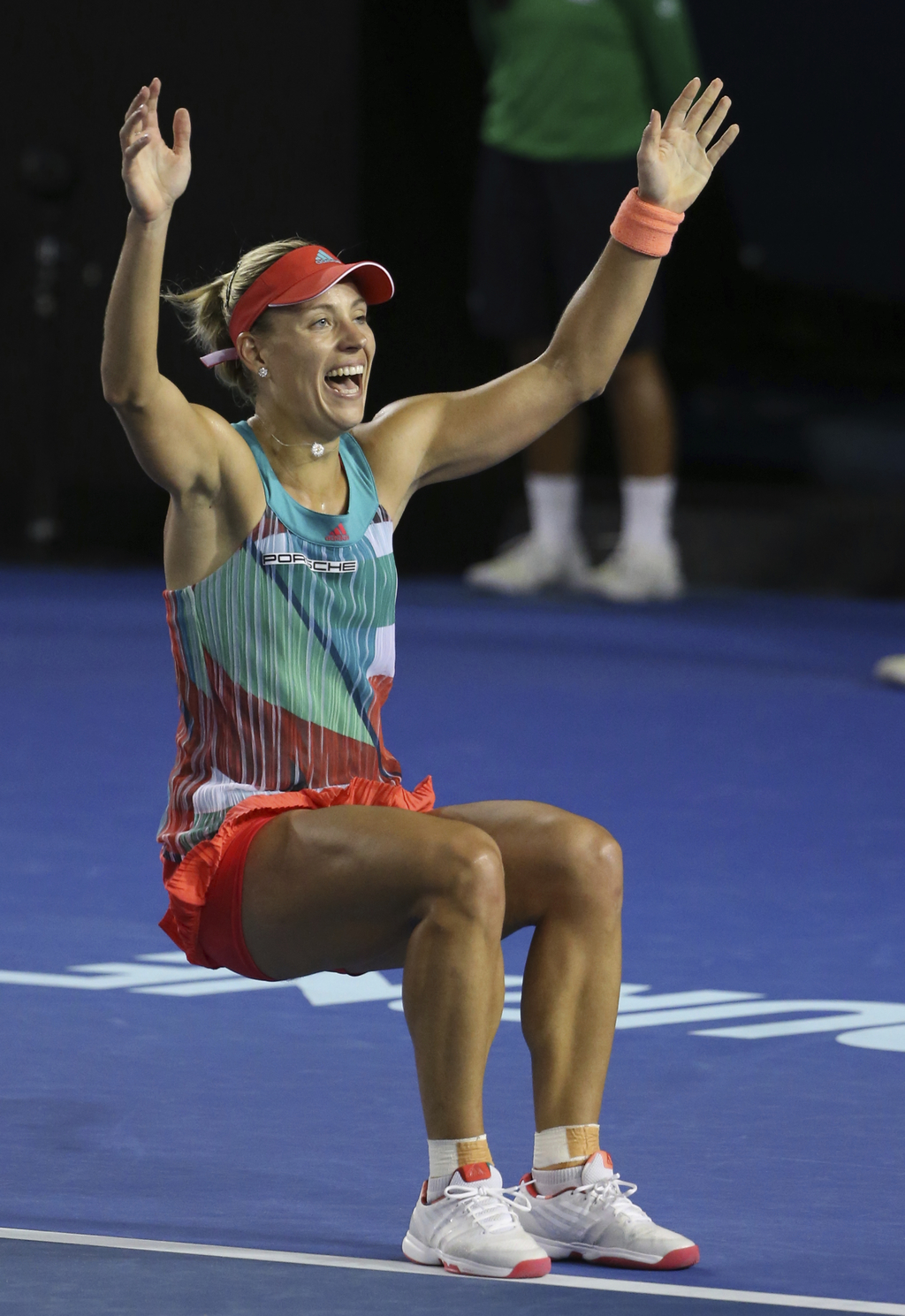 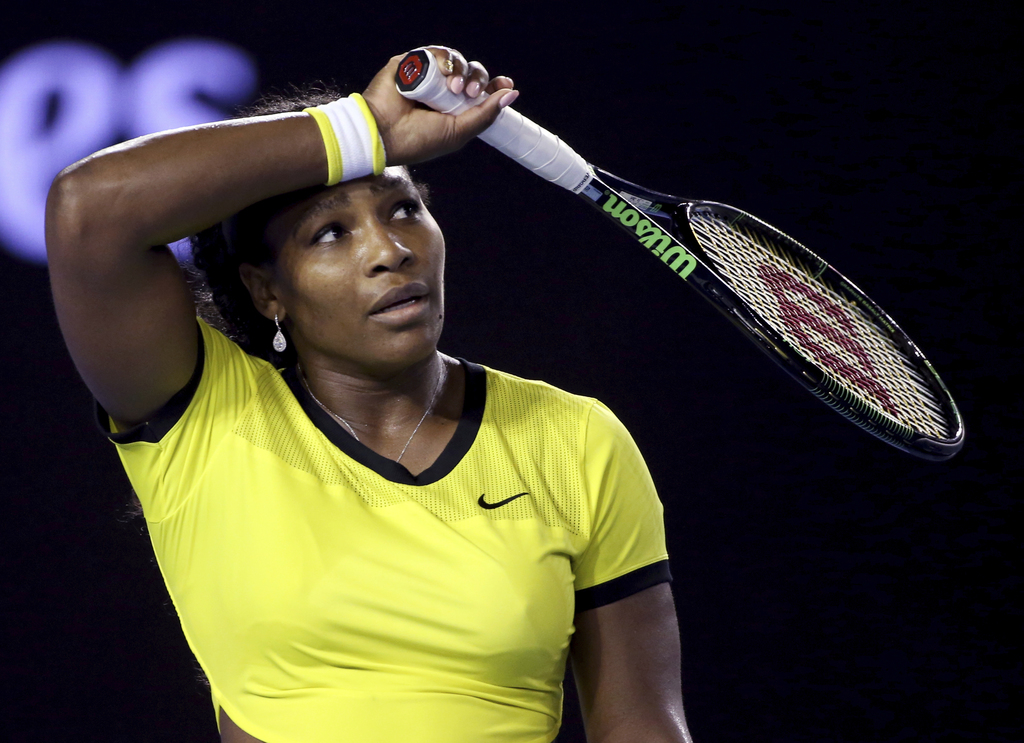 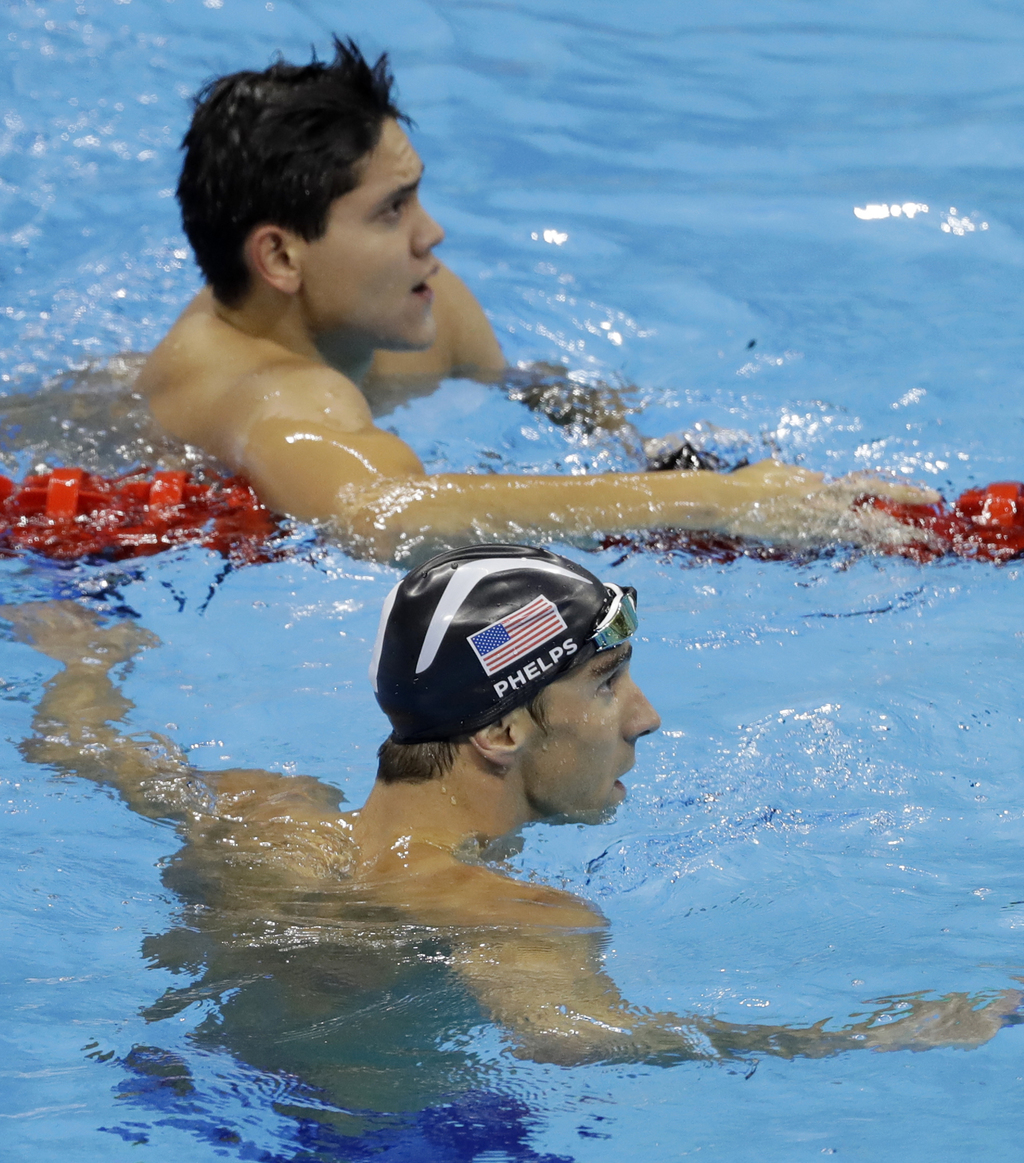 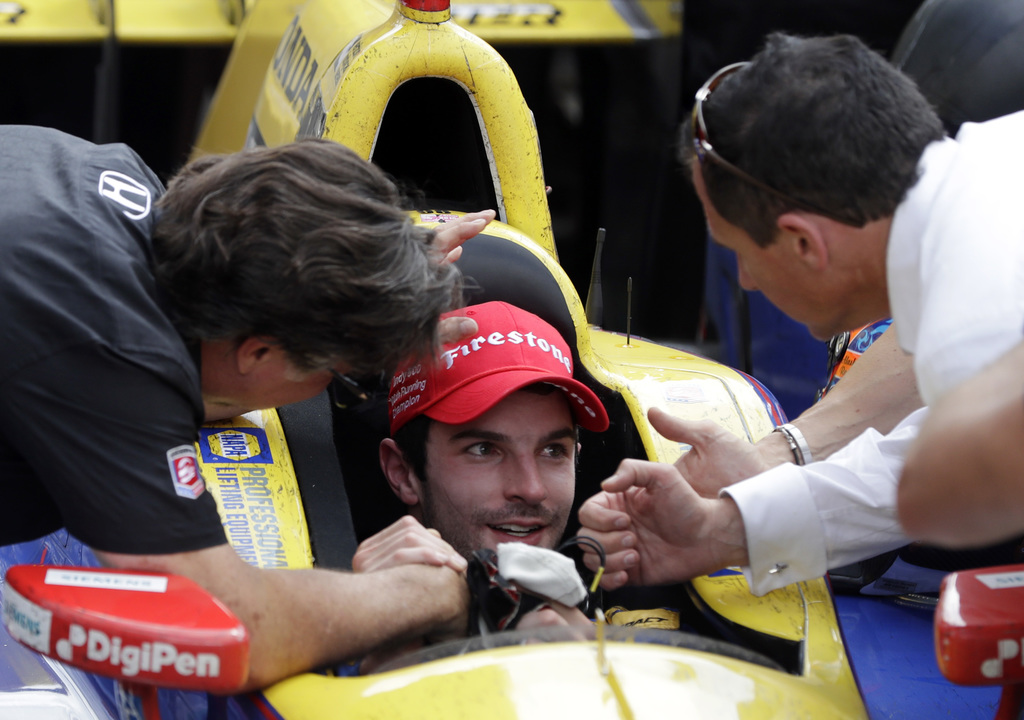 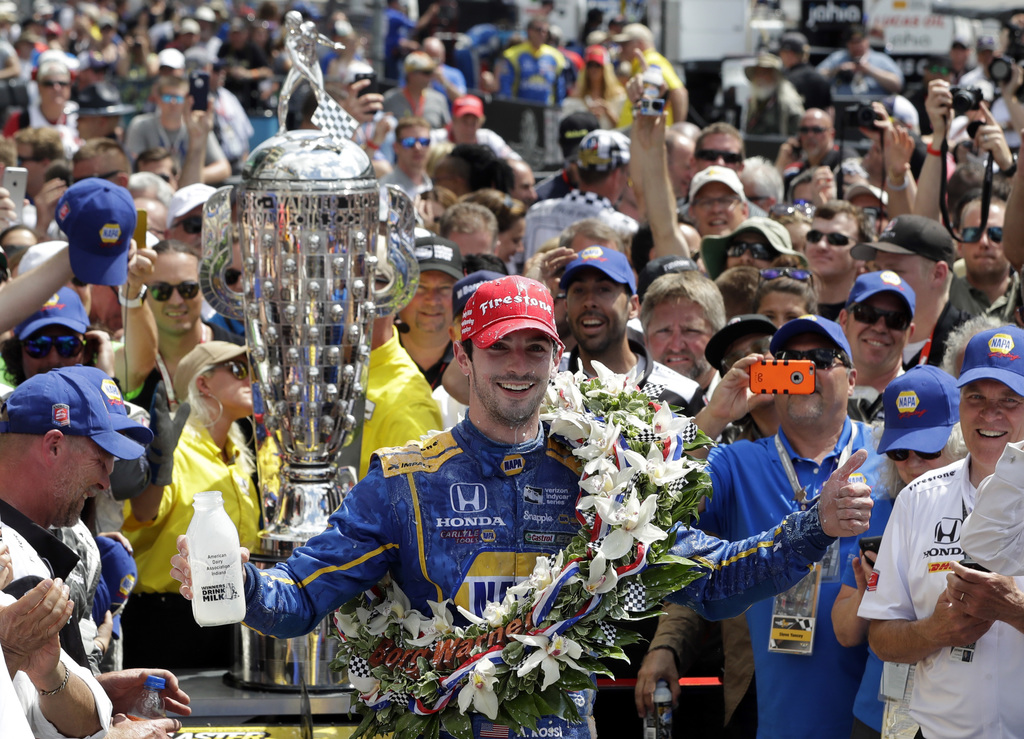 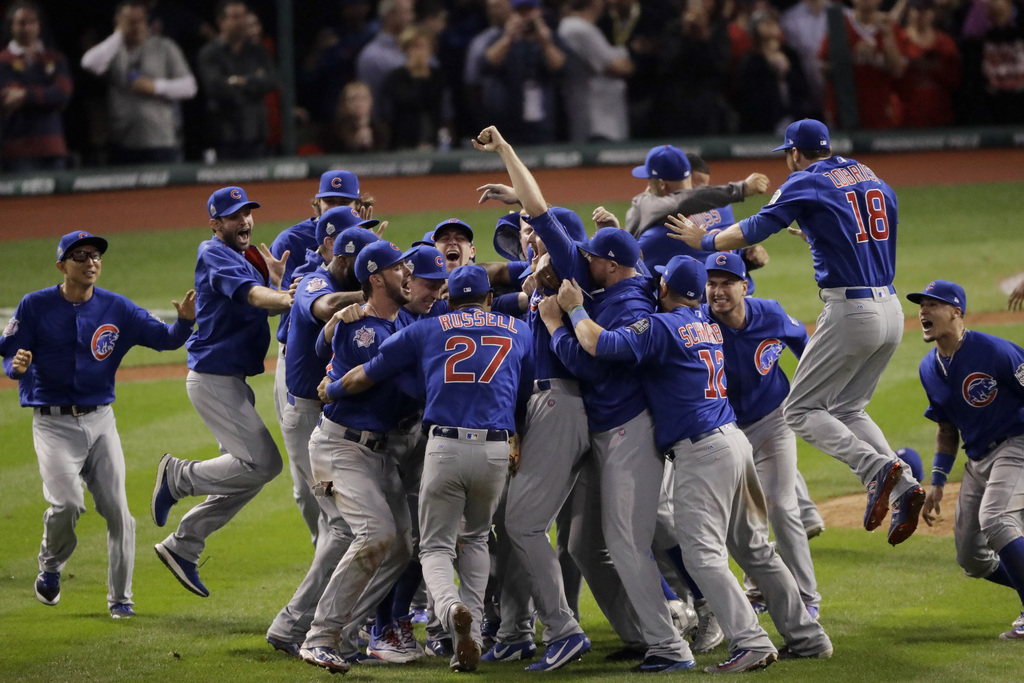 In a year filled with stunners, sports certainly went along for the ride.

From the Golden State Warriors squandering a 3-1 lead in the NBA Finals after a record-breaking season to little Leicester City defying insurmountable odds to capture the Premier League title, there were plenty of shocking outcomes in our arenas and stadiums.

Heck, the Chicago Cubs even won the World Series for the first time in 108 years.

Let's take a look at the games and events that left us aghast in 2016:

The Warriors started the season with a 24-game winning streak and finished 73-9, the greatest regular season in NBA history. Led by the incomparable Splash Brothers, Stephen Curry and Klay Thompson, Golden State rallied to beat Oklahoma City for the Western Conference title and was poised for its second straight championship. But, in an astounding twist against Cleveland, the Warriors became the first team ever to blow a 3-1 lead in the NBA Finals — dropping the last two games in Oakland, no less. "It will haunt me for a while," Curry said while the LeBron James-led Cavaliers celebrated the first championship in franchise history.

The Chicago Cubs didn't win their first title, but it sure seemed like it. Baseball's lovable losers were favored to finally break through after assembling a powerhouse team that led the majors with a 103-59 record. This being the Cubbies, of course, they had to make their first title since 1908 as difficult as possible. They fell behind 3-1 to another Cleveland team, the Indians. Then, like the Cavaliers, Chicago rallied to win the last three games, including the final two on the road. Game 7 was a classic that all other classics will be measured by — the Cubs prevailing 8-7 in 10 riveting, rain-delayed innings after squandering a four-run lead. "We did it," first baseman Anthony Rizzo said. "I can't believe it."

If that seemed unbelievable, check out Leicester City, perhaps the most improbable champion in the history of any major sport. The Foxes began the season as a 5,000-to-1 longshot to claim England's top soccer title, which seemed about right for a club that had been playing in the second division two years earlier and barely avoided relegation in 2015. But Leicester City, with a payroll that was spare change compared to the Premier League's big spenders, romped to the first league title in its 132-year history — clinching with two weeks to spare. "Nobody believed we could do it," captain Wes Morgan said, "but here we are."

Michael Phelps was poised to close his career in a blaze of glory. Then he swam against a boyish, 21-year-old from Singapore who grew up idolizing the most decorated athlete in Olympic history. Joseph Schooling won his country's first gold medal with an upset victory in the 100-meter butterfly. Phelps finished in a three-way tie for second , giving him a silver to go along with five golds in what was again billed as his final Olympics. Phelps wasn't the only star to falter in Rio: Kerri Walsh Jennings failed to win gold in beach volleyball for the first time; Serena and Venus Williams took their first loss ever in Olympic tennis doubles; and the U.S. women's soccer team missed out on a medal of any color and, thanks to Hope Solo , came off like sore losers.

SERENA SLIPS DOWN UNDER

The Olympic defeat wasn't even the most disappointing of the year for Serena Williams, who was knocked off in the final of the Australian Open by Germany's Angelique Kerber. After barely advancing past the opening round, the No. 7 seed took advantage of a rash of unforced errors by Williams to win 6-4, 3-6, 6-4 . Williams came back to capture Wimbledon, tying Steffi Graf's record with 22 career major titles, and Kerber added her second major of the year at the U.S. Open. There was also a huge upset in the men's game when two-time defending Wimbledon champion Novak Djokovic lost in the third round to Sam Querrey, ending a 30-match winning streak in Grand Slams.

Iceland, a country of roughly 300,000 people, didn't figure to stand a chance against mighty England at the Euros, the most prestigious soccer prize outside the World Cup. But the team playing in its first major international tournament overcame an early deficit for a 2-1 victory . It was one of the humiliating defeats in the history of English football, leading to the immediate resignation of manager Roy Hodgson.

In another European soccer tournament, the Lincoln Red Imps defeated perennial Scottish champions Celtic 1-0 in a first-leg qualifying match of the Champions League. Not bad for a team from Gibraltar that featured a firefighter, a police officer and a taxi driver who had just completed their day jobs. Celtic came back to win the next leg 3-0 to eliminate the part-time pros with a 3-1 aggregate score.

The 100th Indianapolis 500 was snatched away by Alexander Rossi , a 24-year-old American competing in the race for the first time. After the other leaders pitted for a splash of fuel, Rossi gambled that he could make it to the end. He coasted across the finish line for one of the most stunning gulps of milk in the history of the illustrious race.

After Ronda Rousey's defeat the previous year, Conor McGregor became the face of mixed-martial arts. The Notorious looked unbeatable and certainly talked a good game, brutally mocking anyone who got in his way. Then he faced Nate Diaz in a bid to hold UFC titles in multiple weight classes. Despite taking the fight with less than two weeks' notice, Diaz stopped the Irishman with a rear-naked choke submission.

After making a run at the Grand Slam in 2015, Jordan Spieth was cruising toward his second straight Masters title when he made the turn on the final day with a commanding five-stroke lead. Not so fast. The young Texan dunked two balls in the water at the par-3 12th for a quadruple bogey that handed the green jacket to England's Danny Willett.

Michigan State went into the NCAA men's basketball tournament as a popular pick to go all the way. The Spartans didn't even make it past their opening game. Middle Tennessee State , a No. 15 seed, shot 56 percent from the field and knocked down 11 3-pointers for a stunning 90-81 victory that gave the Blue Raiders one of the greatest upsets in the history of the Big Dance. It fit right in with the rest of 2016.

HONORABLE MENTION: Western Bulldogs captured their first Australian Football League title since 1954 by knocking off the top three teams in the league standings during in the postseason.

Paul Newberry is a national writer for The Associated Press. Write to him at pnewberry@ap.org or at www.twitter.com/pnewberry1963 . His work can be found at http://bigstory.ap.org/content/paul-newberry .

This story has been corrected to fix the full name of Kerri Walsh Jennings, no Keri Walsh.