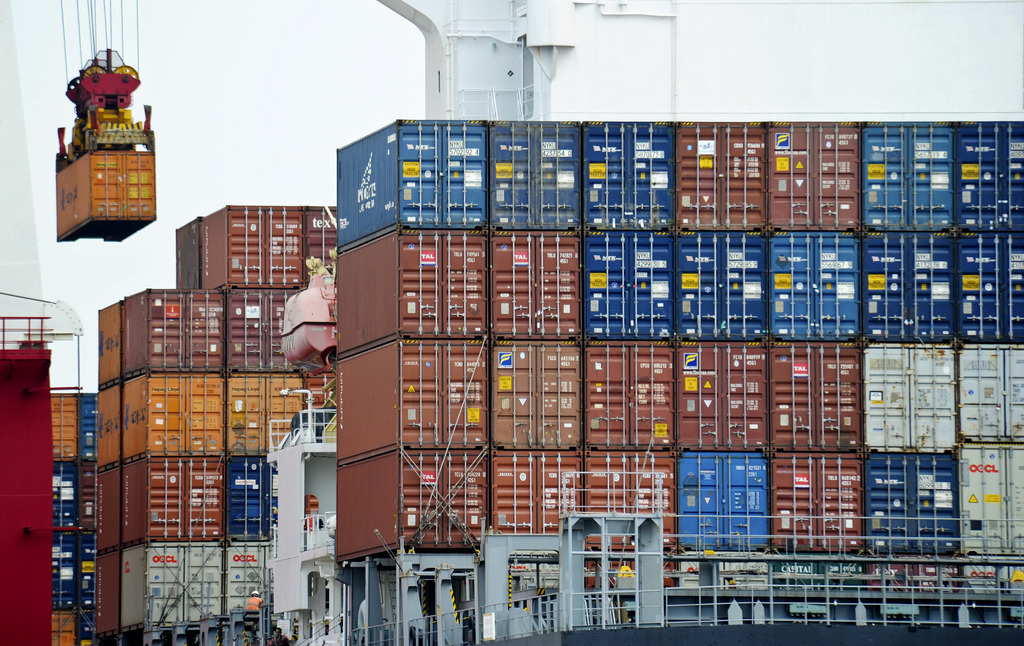 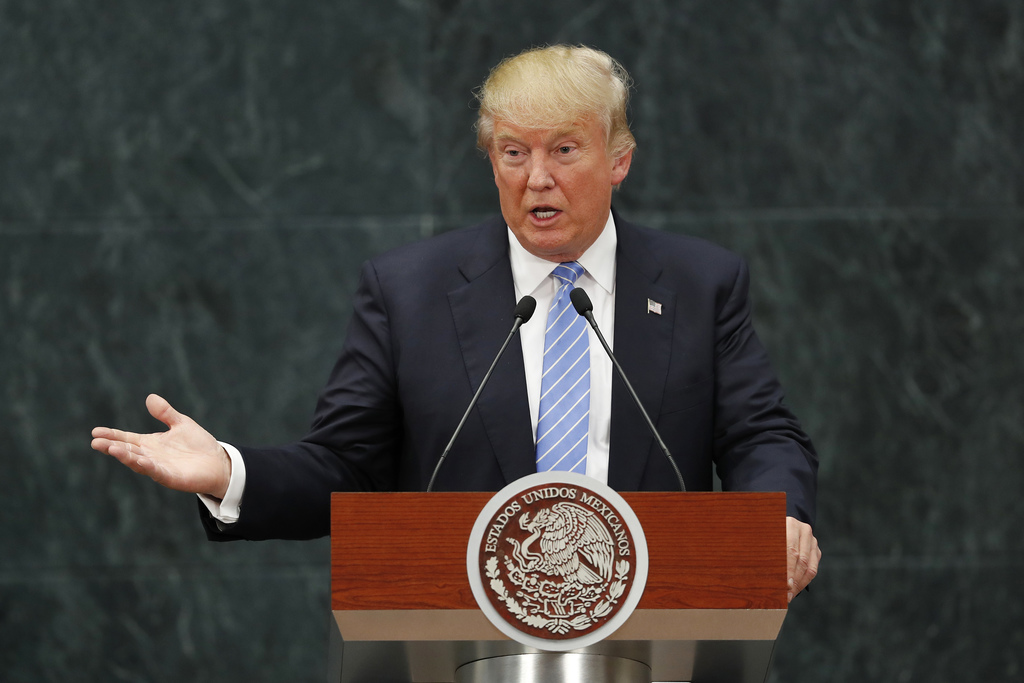 WASHINGTON (AP) — American consumers and businesses would pay — literally — if President-elect Donald Trump followed through on his campaign pledge to slap big taxes on imports from China and Mexico.

Trump said during the campaign that he'd impose tariffs of 35 percent on Mexican imports and 45 percent on Chinese imports to protect American jobs from unfair foreign competition. Companies that import those goods would pay the tax at the border.

Many of those firms would likely try to heap as much of the cost as possible on their customers. The result is that American consumers could end up paying more for foreign-made clothing, tablet computers and other electronics.

A 45 percent tariff on Chinese-made goods could drive up U.S. retail prices on those goods by an average of about 10 percent, Capital Economics has calculated. Consumers would find it hard to escape the price squeeze.

"There are few alternative sources for the main products the U.S. buys from China," says Mark Williams, Capital Economics' chief Asia economist. He notes, for example, that China supplies about 70 percent of the world's network equipment, cellphones, laptops and tablet computers.

Since Trump's election, his team has de-emphasized the use of tariffs, describing them as a potential tool to be used to pry concessions from America's trading partners.

"Everybody talks about tariffs as the first thing," Wilbur Ross, an investment banker who is Trump's choice for Commerce secretary, told CNBC Wednesday. "Tariffs are part of the negotiation."

They would also be risky. Tariffs could ignite a trade war if, as expected, China and Mexico retaliated by imposing tariffs or other sanctions of their own on the United States.

Analysts say Trump might rethink his tough trade talk once he fully weighs the costs — not all of which would be economic. A trade war would likely have diplomatic consequences, making it harder, for example, to enlist China's help in trying to defuse the threat from North Korea's nuclear ambitions.

"It will only result in collateral damages to both sides," says economist Song Lifang of Renmin University in Beijing.

Even without a broader conflict, tariffs can damage corporate America. Back in 2002, President George W. Bush imposed tariffs of up to 30 percent on imported steel. American steel producers took advantage of the tariffs to raise their own prices, thereby squeezing U.S. industrial companies that buy steel. The Consuming Industries Trade Action Coalition, representing steel buyers, has said the tariffs cost thousands of U.S. jobs.

"That was an awful thing for us," says Bill Smith, president of Termax Corp. of Lake Zurich, Illinois, which makes fasteners for the auto industry. "We are pretty nervous here at Termax" that Trump will target Chinese steel with tariffs again.

Smith says Termax wouldn't be able to pass along the higher cost to its automaker customers — "They can just choose to use a different (foreign) manufacturer" — and would have to absorb the costs itself.

Ford Motor CEO Mark Fields warned on CNBC last month that a 35 percent tariff on imports from Mexico, where Ford is building its Focus compact car, "would affect the entire auto sector."

"A batch of (U.S.) Boeing orders will be replaced by (Europe's) Airbus," it said. "U.S. auto and iPhone sales in China will suffer a setback, and U.S. soybean and maize imports will be halted."

Farmers in Mississippi, Missouri, Tennessee and Arkansas would suffer if China targeted American soybeans in retaliation for any Trump tariffs, according to the Peterson Institute for International Economics. It said rural Sharkey County, Mississippi, could lose up to 40 percent of its jobs.

Beijing could also restrict access to finance and other service industries, says Zhou Nianli, a professor at the China Institute for World Trade Organization Studies at the University of International Business and Economics in Beijing.

"If he really put what he claimed during the campaign into practice," Zhou says of Trump, "China may create trade barriers for U.S. service industries that are thirsty to get into China's markets."

At Termax, which employs 435 U.S. workers, Smith also worries that a trade dispute with China would jeopardize his company's access to rare earth magnets it buys exclusively from China.

The Trump transition team declined to respond on the record. But his team has argued that fears of a destructive trade war are overblown. Trump advisers Ross and Peter Navarro, an economist at the University of California, Irvine, wrote in September that the "fear-mongering fails to understand the negotiating power of the U.S."

The threat of tariffs, they wrote, is a tool to compel others to abandon unfair trade practices: "All of the countries now running major trade surpluses have far more to lose by disrupting trade."

Tariffs are meant to give American-made products a price advantage by making their foreign competition more expensive. They have had a disreputable image since the United States' Smoot-Hawley Tariff Act of 1930 disrupted trade during the Great Depression.

Economist Barry Eichengreen of the University of California, Berkeley, has argued that tariffs aren't necessarily flawed policy. At times when inflation is too low — as it's been in the United States and Europe since the Great Recession began in 2007 — tariffs can raise prices and encourage consumers to spend to avoid paying more later. Such spending helps drive economic growth. Higher inflation can also make it easier for consumers and businesses to repay loans.

Still, even Eichengreen cautions that there are more effective ways than tariffs to lift prices — notably old-fashioned stimulus through tax cuts and stepped-up government spending, both of which Trump is also proposing.

Many analysts say the United States should also develop more efficient ways to help American workers who lose jobs to foreign competition — in part through expanded training programs — rather than punishing foreign competitors.

In 2009, the Obama administration imposed tariffs on tires from China, charging that a surge in Chinese imports was hurting American tire makers. Beijing fired back by imposing a tax of up to 105 percent on U.S. chicken feet — a throwaway item in the United States that's considered a delicacy in China.

Gary Hufbauer and Sean Lowry of the Peterson Institute found that the tire tariffs probably saved 1,200 jobs in the tire industry. But consumers paid more than $900,000 in higher prices for every job saved.

Overall, Peterson estimates that Trump's policy could trigger a trade war that would throw the United States into recession and wipe out 4 million jobs.

"A lot of us are hoping that his overriding need to grow the economy and create jobs will soften and mitigate some of the more harmful actions he could take on the trade front," says Joshua Meltzer, senior fellow at the Brookings Institution.