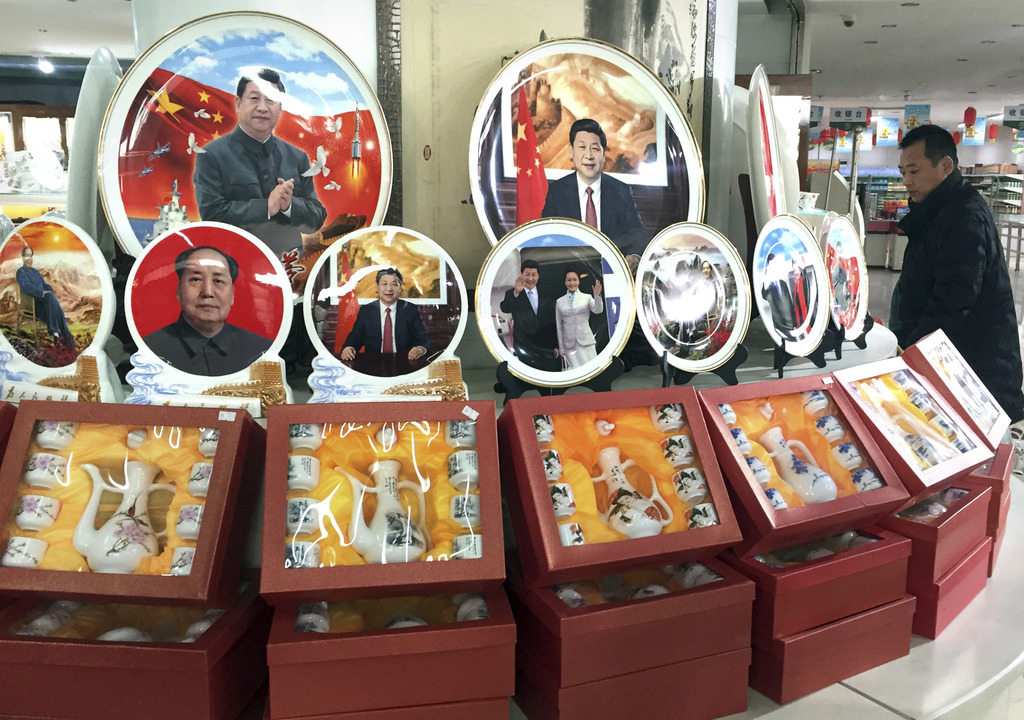 BEIJING (AP) — Chinese President Xi Jinping said Saturday that his government would continue to focus on poverty alleviation at home and resolutely defending China's territorial rights on the foreign front.

Xi made the televised remarks in his annual New Year's Eve address, in which he touted China's scientific accomplishments, highlighting its large new radio telescope and space missions, and the country's growing role as a leader in global affairs.

Standing before a mural of the Great Wall, Xi said his administration successfully hosted a G-20 summit, pushed forward with China's "One Belt One Road" pan-Eurasian infrastructure project and established the Asian Infrastructure Investment Bank.

China has upheld its peaceful development while resolutely defending its territorial sovereignty and maritime rights, Xi said, making a reference to an international tribunal ruling last summer against China's claims in the contested South China Sea.

"If anyone makes this an issue of question, the Chinese people will never agree!" he said, one of the few points in his 10-minute address when his voice rose noticeably.

For most of his address, Xi struck a populist tone, saying he was above all concerned about the living conditions of the people and vowed that improving employment, education, housing and health care would be a responsibility that his ruling Communist Party would never shirk from. China lifted 10 million people out of poverty in 2016, Xi said.

"On this new year, I am most concerned about the difficulties of the masses: how they eat, how they live, whether they can have a good New Year, or a good Spring Festival," Xi said, as the television broadcast cut to footage of his visits this year to impoverished rural areas.

Xi also promised to shore up Communist Party discipline and "unwaveringly" maintain his anticorruption campaign against high- and low-ranking officials alike. He said that "supply-side" economic reforms were making progress and that the party would continue to push reform and rule by law during the 19th National Congress, scheduled for late 2017.

"As long as the party forever stands with the people, we will be able to walk the long march of our generation," he said.