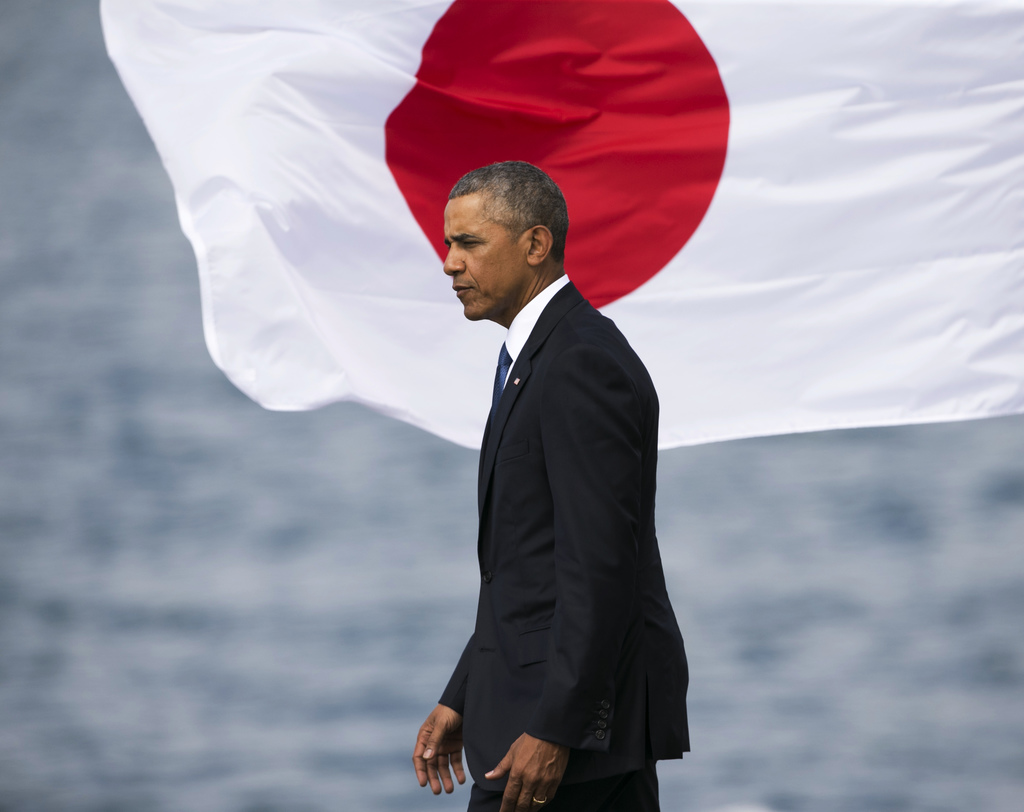 The White House says Obama, his family and friends are snorkeling at Hanauma Bay State Park. Obama's motorcade pulled up early afternoon as waves crashed into the cliffs.

The bay is partially encircled by a volcanic cone and brings millions of visitors per year. It's known as a popular place to see a diverse array of marine life.

President Barack Obama is getting in a morning workout at the start of an historic day.

Obama is working out at the gym at Marine Corps Base Hawaii, near his vacation home in Kailua. He arrived just as the sun was starting to come up.

Obama will join Japanese Prime Minister Shinzo Abe for a formal meeting later Tuesday before they travel together to Pearl Harbor. The two will lay a wreath on the USS Arizona Memorial that honors fallen U.S. troops from the Pearl Harbor attacks. It's the first visit by a sitting Japanese leader to the memorial.

The two leaders also plan to speak at Joint Base Pearl Harbor-Hickam.