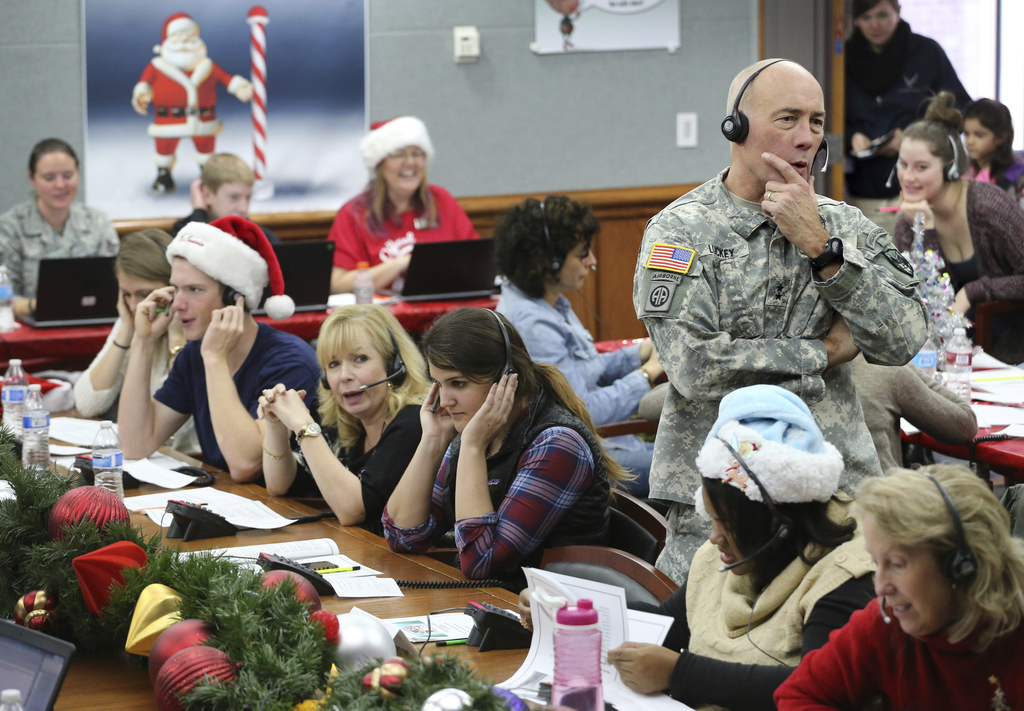 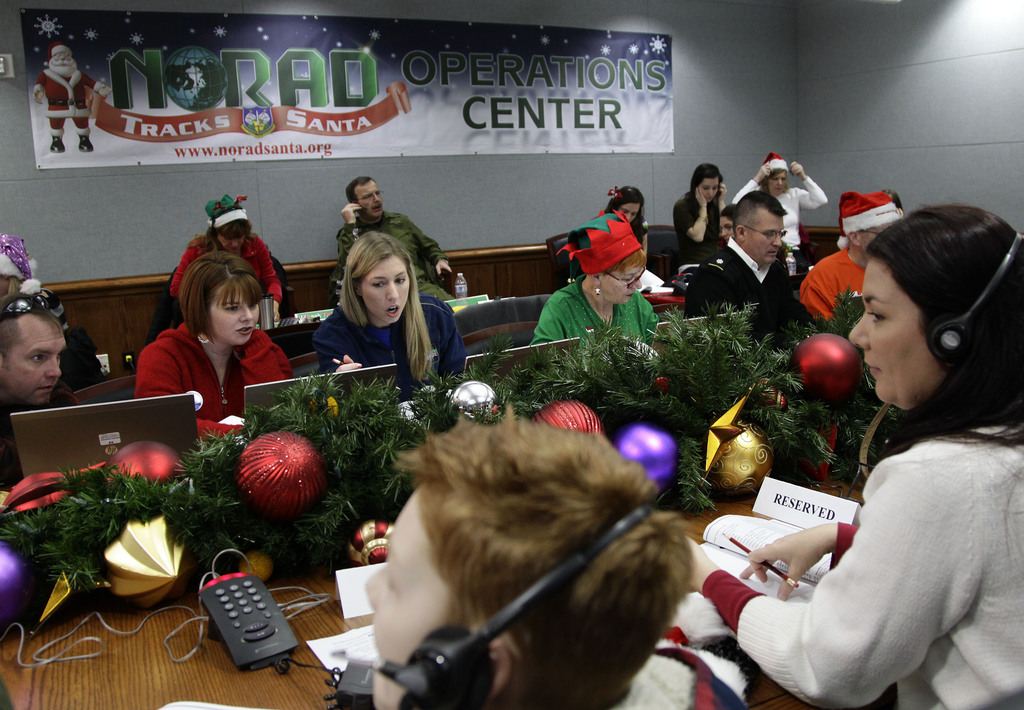 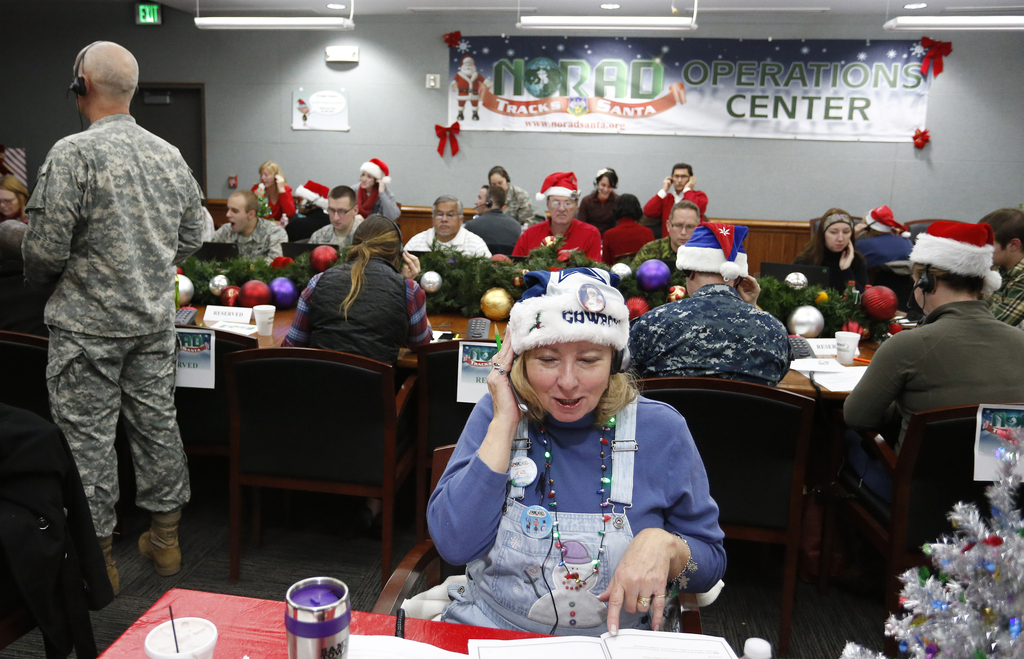 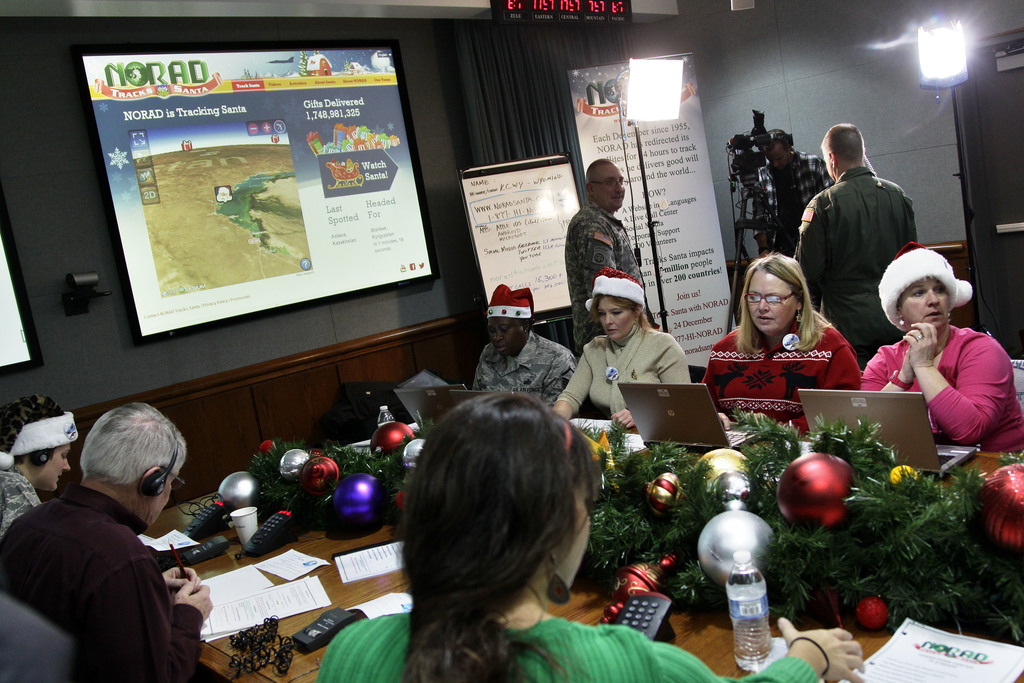 COLORADO SPRINGS, Colo. (AP) — Children from around the world are calling the North American Aerospace Defense Command to ask where Santa is, and they're getting a cheery answer about the mythical route.

The wildly popular NORAD Tracks Santa operation is on its 61st run at Peterson Air Force Base, Colorado. Volunteers are answering phone calls and emails and posting updates about Santa's storybook world tour on Facebook and Twitter.

Here's a look at the Christmas tradition:

HOW DOES IT WORK?

Children can call a toll-free number, 877-446-6723 (877-Hi-NORAD), or email noradtracksanta@outlook.com to ask where Santa is on his fabled journey.

The volunteers sit elbow-to-elbow in conference rooms at Peterson Air Force Base, NORAD's home, answering phones and checking computer-generated maps projected onto big screens. First lady Michelle Obama traditionally answers calls via a remote hookup, but Noel said it was not yet known if she would participate this year.

WHY DOES NORAD 'TRACK' SANTA?

It started in 1955 when a Colorado Springs newspaper ad invited children to call Santa Claus but accidentally listed the number for the hotline at the Continental Air Defense Command, NORAD's predecessor.

Air Force Col. Harry Shoup took a call from a child and thought he was being pranked. When he figured out he was talking to a little boy, he pretended he was Santa.

More children called, and Shoup instructed airmen to play along.

It's now a tradition, beloved by kids and the military. Volunteers range from generals and admirals to enlisted men and women, who sometimes report for telephone duty in military uniform and a Santa hat.

The North American Aerospace Defense Command is a joint U.S.-Canada operation that defends the sky over both nations and monitors sea approaches. It's best known for its Cold War-era control room deep inside Cheyenne Mountain — now used only as a backup — and for NORAD Tracks Santa.