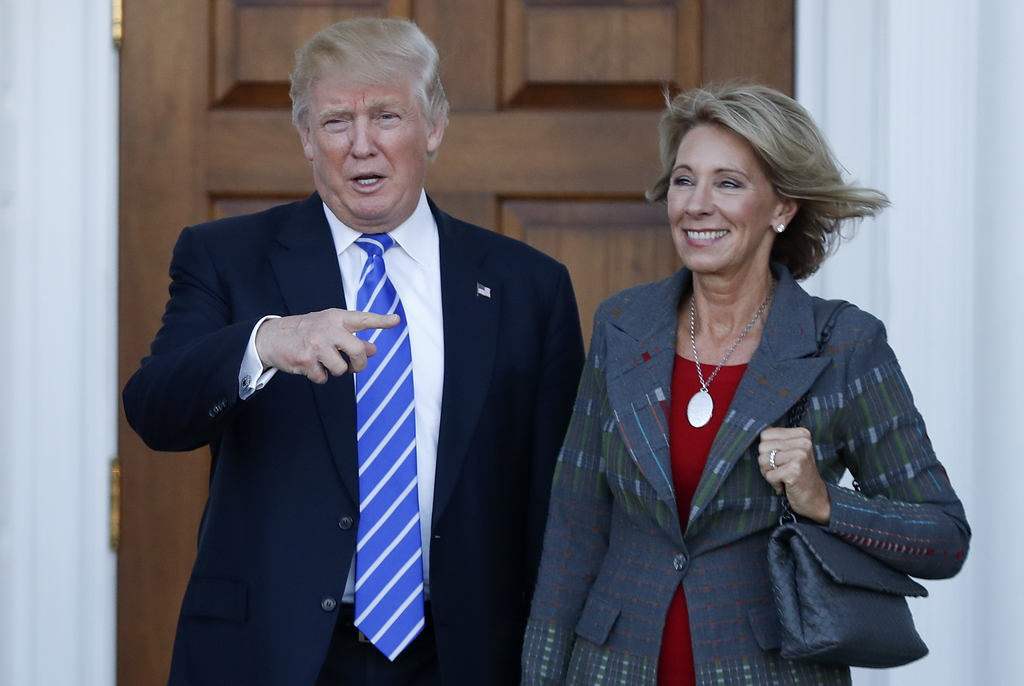 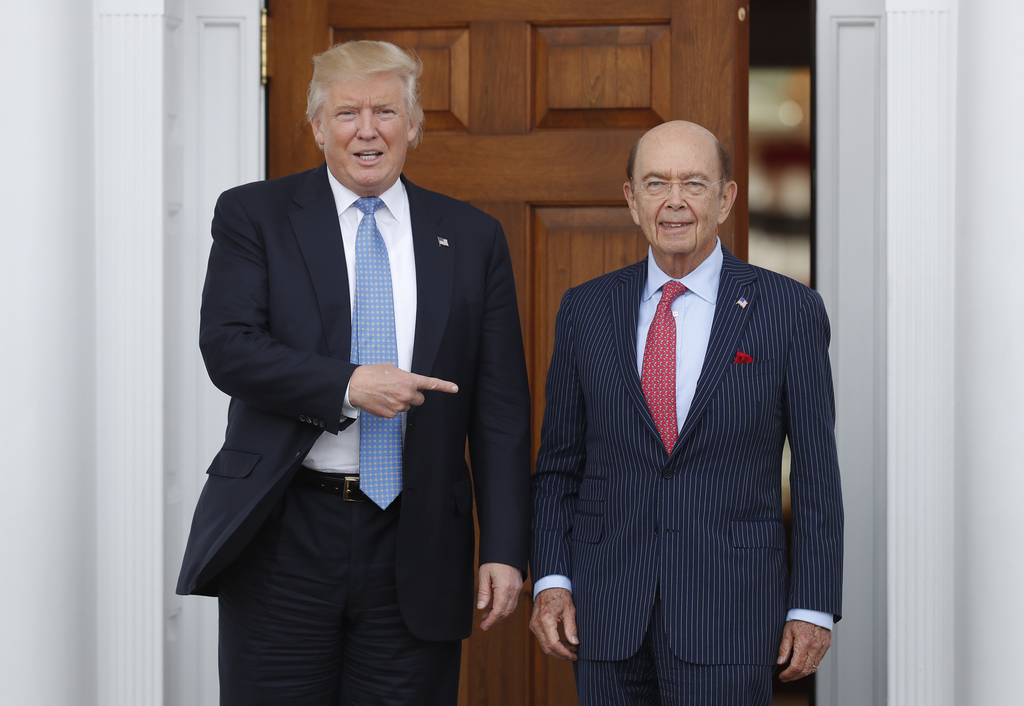 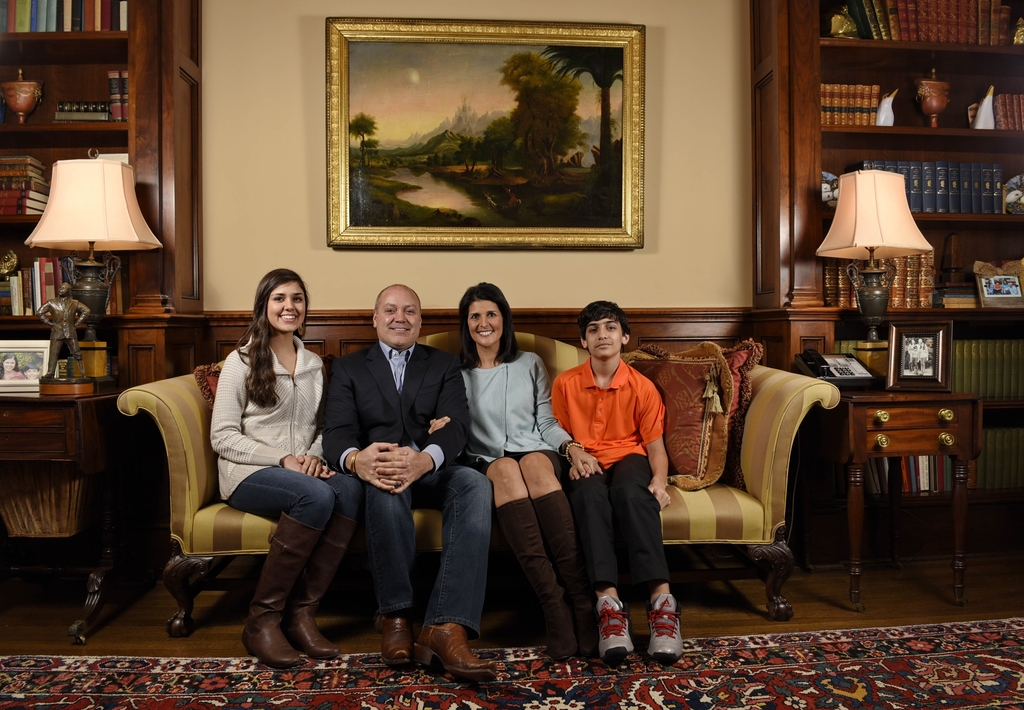 State Elections Commission Administrator Mike Haas said Stein filed the request around mid-afternoon Friday, about an hour and a half ahead of a 5 p.m. CST deadline.

Stein's campaign has been raising money online to cover the costs of recounts in Wisconsin, Michigan and Pennsylvania. She says she wants to make sure hackers didn't skew the results in those swing states. The campaign had raised about $5.2 million as of Friday afternoon.

Wisconsin law calls for the state to perform a recount at a candidate's request as long as he or she can pay for it. The state has never performed a presidential recount. Election officials estimate the effort will cost up to $1 million.

Trump confirmed the picks Friday in a statement from his transition team.

He cited McFarland's "tremendous experience and innate talent," which he said would "complement the fantastic team we are assembling."

McFarland has most recently served as a Fox News analyst. She served in various posts under former Presidents Nixon Ford and Reagan.

Trump said McGhan, who served as his campaign attorney, "has a brilliant legal mind, excellent character and a deep understanding of constitutional law."

Trump noted that McGhan would "play a critical role in our administration."

George Martin is a member of the state Green Party's coordinating council. Martin says Stein's campaign will file the request by the state's 5 p.m. Friday deadline.

President-elect Donald Trump won Wisconsin and Pennsylvania by narrow margins and has a small lead in Michigan.

Under Wisconsin law, Stein's campaign must show a basis for the recount in that state and cover costs. Stein has said she's concerned voting systems in the three states may have been hacked. Her campaign estimates a Wisconsin recount will cost $1.1 million.

As of Friday morning, Stein's campaign had raised $4.8 million to seek recounts in all three states.

A top adviser to President-elect Donald Trump has gone on Twitter to note opposition among some of his supporters to selection of former Massachusetts Gov. Mitt Romney as secretary of state.

In a pair of posts on her verified Twitter account @kellyannePolls on Thursday, Trump spokeswoman Kellyanne Conway seemed to be stating an argument against the placement of Romney in Trump's Cabinet. Romney vehemently opposed Trump's nomination early in the campaign, assailing the billionaire as a "phony."

In one tweet, Conway notes that she has been "receiving a deluge of social media & private concerns re: Romney Some Trump loyalists warn against Romney as sec of state."

In another, she makes references to former secretaries of state Henry Kissinger and George Shultz, both Cabinet secretaries in Republican administrations, as men who "flew around the world less, counseled POTUS (president of the United States) close to home more. And were loyal. Good checklist."

Hillary Clinton has tweeted a thank you to supporters who left homemade signs near her house with warm wishes on Thanksgiving.

Clinton posted a picture of about a dozen signs on Twitter Thursday along with a message: "I was greeted by this heartwarming display on the corner of my street today. Thank you to all of you who did this. Happy Thanksgiving."

Some of the messages on the signs included, "Thank you, Hillary!" and "We Are Thankful for Hillary, An American Hero."

She has for the most part remained out of public view since conceding the presidential election to Donald Trump on Nov. 9, except for a speech at an event held in Washington by the Children's Defense Fund.

President-elect Donald Trump didn't take off all of Thanksgiving Day while enjoying a long holiday weekend with his family at his Mar-a-Lago estate.

Trump said he was trying to stop the makers of Carrier air conditioners from relocating its Indianapolis manufacturing operations to a company facility in Mexico.

Meanwhile, his transition team was stepping up its effort to raise money for inaugural festivities. And Trump offered a holiday prayer for a politically divided nation.

After Thanksgiving Day, Trump and his transition team are expected to turn their attention back to building his administration. Two possible appointments loom: retired neurosurgeon and former presidential candidate Ben Carson as secretary of housing and urban development and billionaire investor Wilbur Ross Jr. as commerce secretary.

The most recent Cabinet-level picks to be announced were South Carolina Gov. Nikki Haley to serve as U.S. ambassador to the United Nations and charter school advocate Betsy DeVos to lead the Education Department.

This story has been corrected to change the time element to Thursday in the initial item regarding Conway Twitter posts.