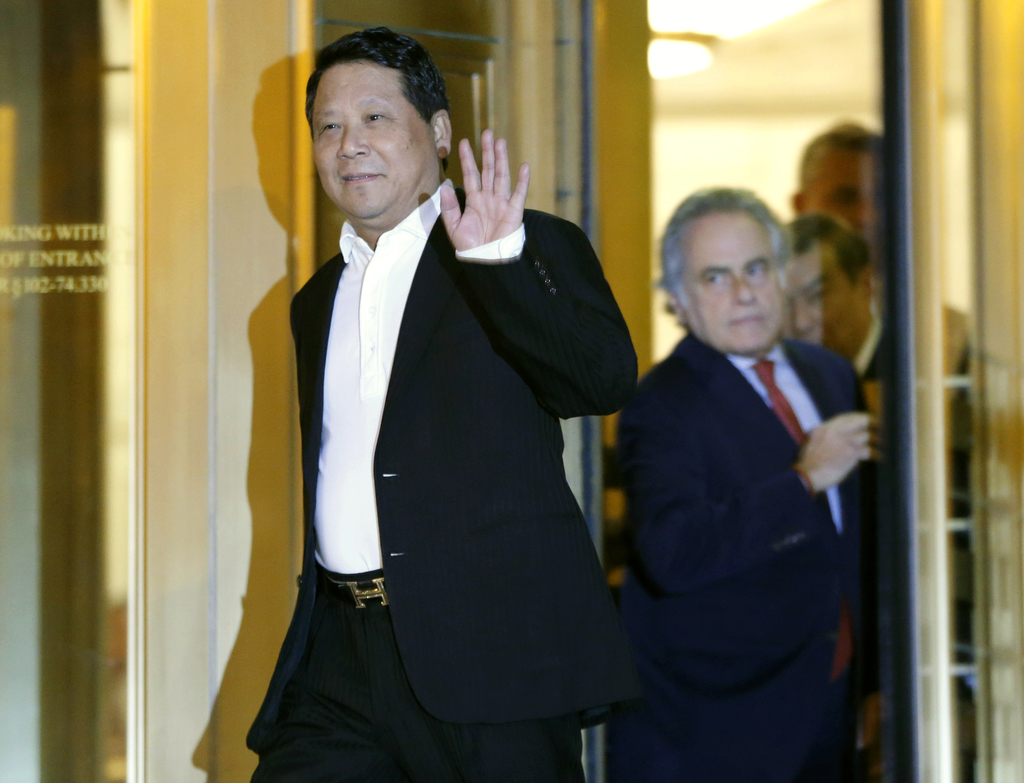 NEW YORK (AP) — Jurors in the trial of a Chinese billionaire at the center of a United Nations bribery case should know he was referred to as the "boss" by co-conspirators, prosecutors said Friday as they argued that defense lawyers were "far-fetched" to say the word suggests organized crime.

In papers filed in Manhattan federal court, the government defended its use of "boss" in a rewritten indictment against Ng Lap Seng.

Ng, 68, faces trial in May on charges that he combined with an assistant to pay bribes and illegal gratuities to the Antiguan and Dominican ambassadors. He has pleaded not guilty.

Asking for the indictment's dismissal, his lawyers said in court papers earlier this month that the U.S. government is trying to criminalize normal lobbying activities.

"People do not pay for access to public officials simply to rub elbows with the rich and powerful," the lawyers wrote. "They pay for access in the hope that someday the officials they meet will be inclined to take official action that furthers their interests."

The defense lawyers complained that a recent rewrite of the indictment added the words "Boss Wu."

"This newly alleged alias is unnecessary, irrelevant and highly prejudicial; it serves purely inflammatory purposes by suggesting that Mr. Ng is involved in organized crime," they wrote.

But prosecutors called that argument baseless in court papers Friday. They said they planned to introduce evidence at trial that Ng was referred to in Mandarin as "Boss Wu" or "Boss" by others, including his co-defendant.

They said evidence makes it clear the term is being used out of deference to or respect for Ng's authority rather than to suggest he is involved in organized crime.

"It is far-fetched and speculative to assert that jurors would assume an organized-crime connection merely because certain of the defendant's subordinates and/or co-conspirators referred to him as 'boss,'" they wrote.

Ng has been under 24-hour guard in a posh Manhattan apartment on $50 million bail since several weeks after his September 2015 arrest.