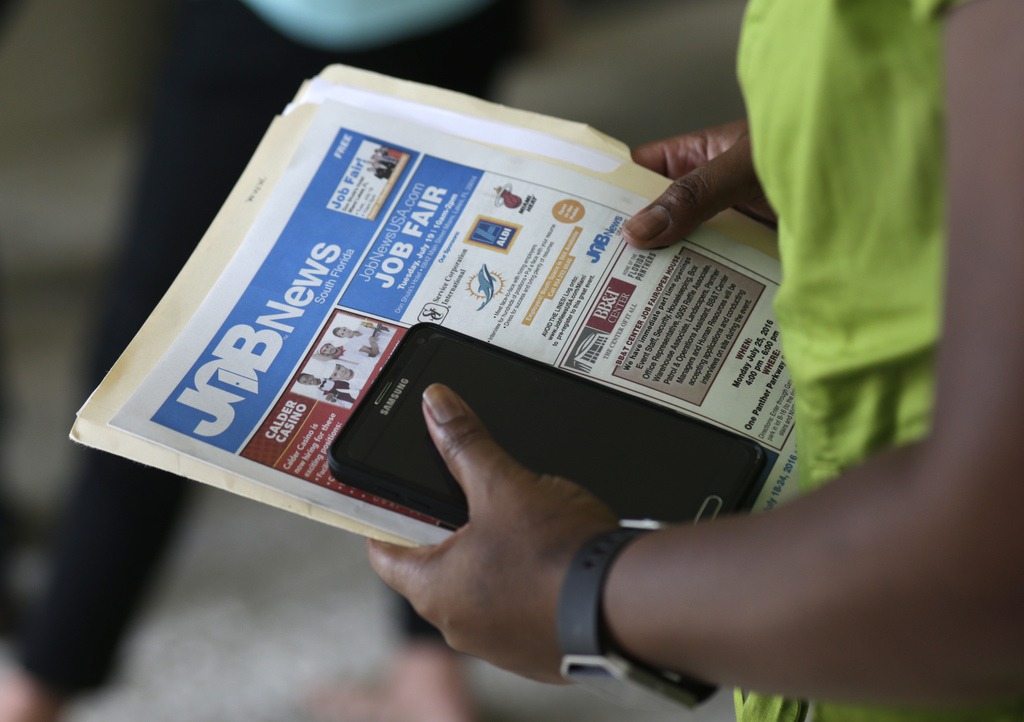 THE NUMBERS: Weekly applications for unemployment aid rose 21,000 to a seasonally adjusted 275,000, the Labor Department said Thursday. That is the highest figure since June.

The number of people receiving benefits ticked up 15,000, to just over 2 million. That's down 7 percent from a year earlier.

THE TAKEAWAY: Applications, a proxy for layoffs, have been below 300,000 for 94 straight weeks. That's the longest streak since 1970.

Despite last week's increase, the figures still point to a healthy job market. Employers have added a solid 180,000 jobs a month on average this year. That's enough to push down the unemployment rate over time.

Last month, the unemployment rate fell to a nine-year low of 4.6 percent.

KEY DRIVERS: Some of last week's increase could reflect seasonal trends. Layoffs typically rise in winter when construction sites close and hotels and restaurants at tourist sites cut back on their staffing. The government seasonally adjusts for those trends but does not always do so perfectly.

The economy grew at a 3.5 percent annual pace in the July-September quarter, according to a separate report Thursday. That was the best showing in two years and suggests that businesses may need to keep hiring to meet higher demand.