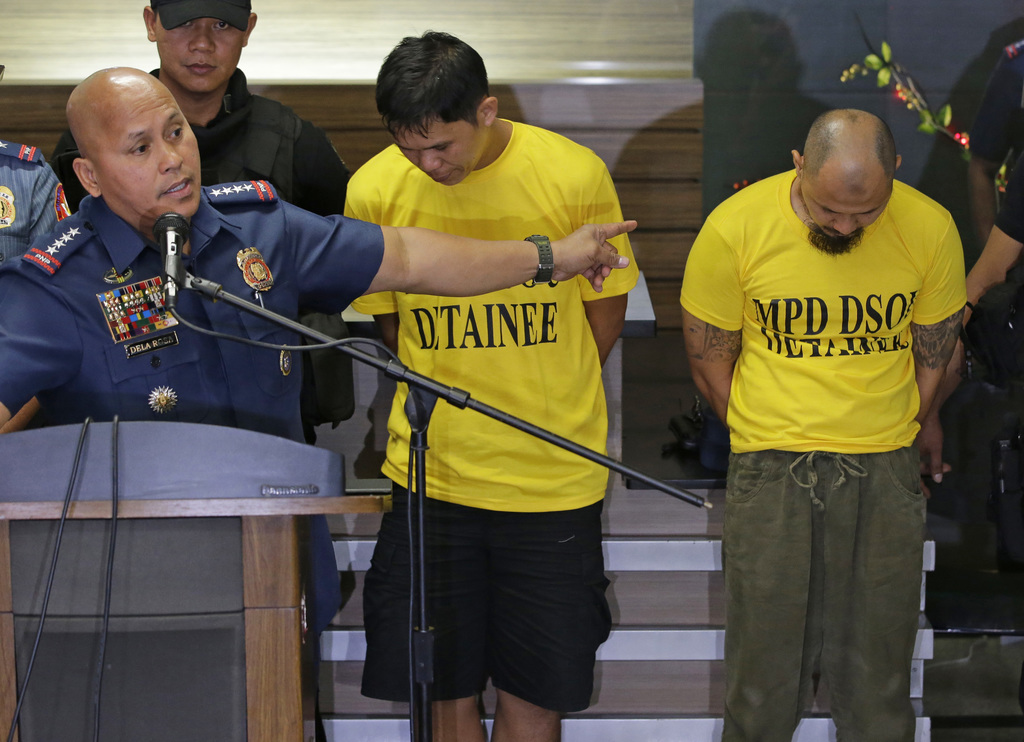 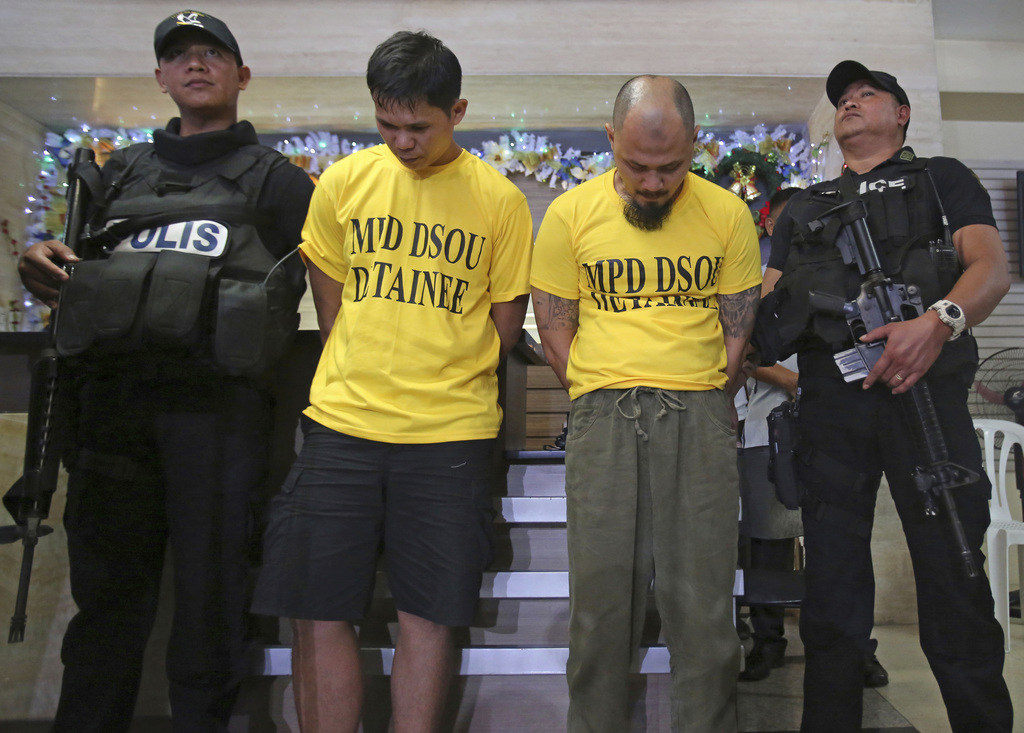 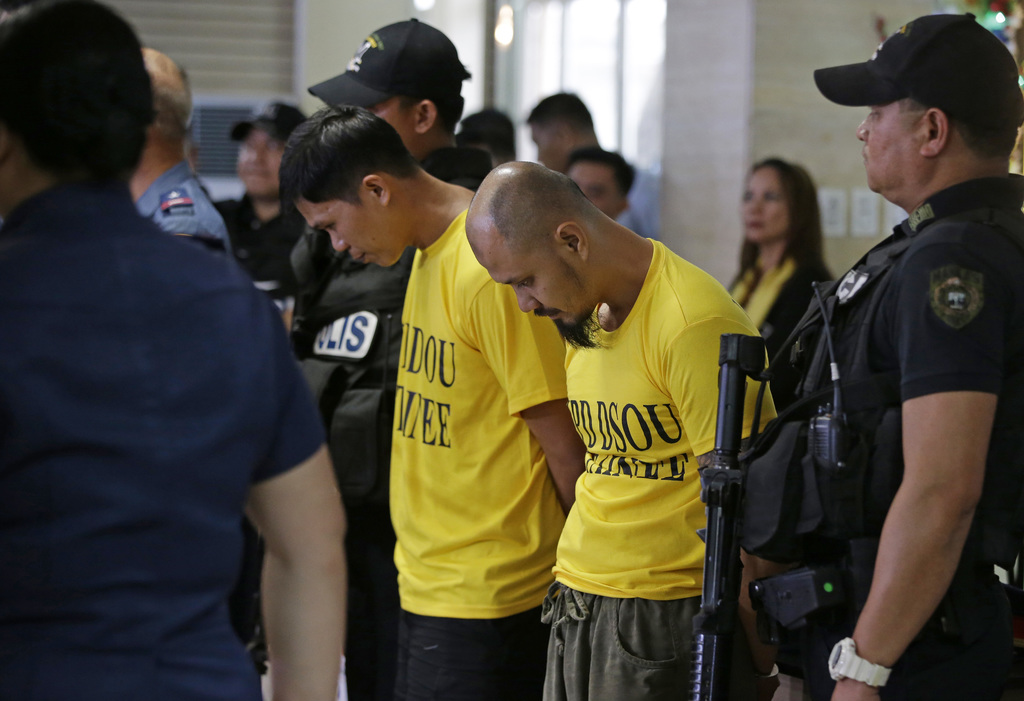 MANILA, Philippines (AP) — Philippine police officials have captured two local sympathizers of the Islamic State group who allegedly tried to detonate a bomb near the U.S. Embassy and prompted authorities to raise a terror alert.

The bomb, which was designed to explode remotely with the use of a cellphone, also failed to explode near the embassy on Nov. 28 in Manila's tourist and diplomatic section.

Police presented the handcuffed suspects at a news conference, where they also announced a terror alert, which means more road security checkpoints would be set up, and possibly more raids on suspected militant hideouts.

The militants, Rashid Kilala and Jiaher Guinar, belonged to a small Muslim militant group called Ansar Al-khilafa Philippines. After failing to set off the bomb, which was made from an 81mm mortar round, the two decided to leave the explosive in a trash bin near the U.S. Embassy but again failed to set it off.

They wanted to impress the Islamic State group and secure possible funding from the Middle East-based terrorist group, dela Rosa said. They also wanted to divert the military's focus from an offensive against fellow Muslim militants in the south, he said.