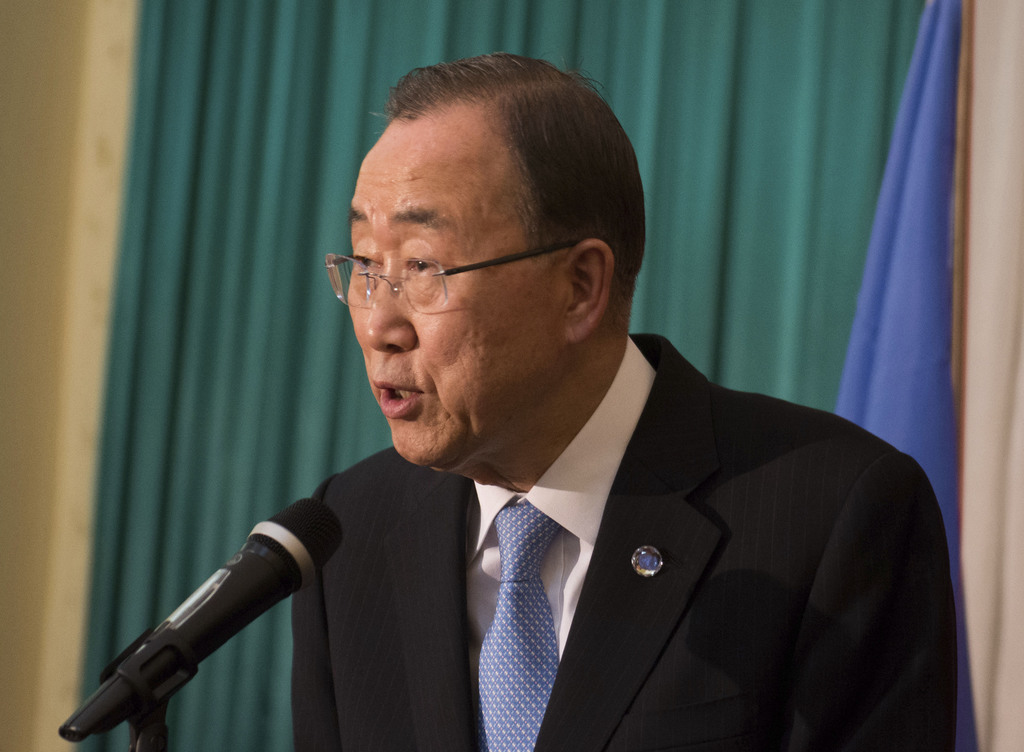 UNITED NATIONS (AP) — Secretary-General Ban Ki-moon warned Monday that South Sudan will be heading toward genocide unless immediate action is taken to impose an arms embargo and pressure leaders of the world's newest nation to end hate speech, incitement and violence.

The U.N. chief said instability in South Sudan is threatening the region and he urged the Security Council to impose an arms embargo, which would "diminish the capacity of all sides to wage war."

"If we fail to act, South Sudan will be on a trajectory towards mass atrocities," Ban warned.

There were high hopes that South Sudan would have peace and stability after its independence from neighboring Sudan in 2011. But the country plunged into ethnic violence in December 2013 when forces loyal to President Salva Kiir, a Dinka, started battling those loyal to Riek Machar, his former vice president who is a Nuer.

A peace deal signed in August 2015 has not stopped the fighting, which has killed tens of thousands of people and forced 3.1 million to flee their homes.

U.N. humanitarian chief Stephen O'Brien told the council Monday that the humanitarian situation "has deteriorated dramatically." This year 6.1 million people — half of South Sudan's population — required humanitarian assistance, and the aid community expects this figure to rise by "a staggering" 20 percent to 30 percent in 2017, he said.

"More than one million children under the age of five are now estimated to be acutely malnourished," O'Brien said.

Ban's warning of possible "mass atrocities" echoed recent alarms voiced by other U.N. officials. A U.N. Human Rights Council investigation team said last week that South Sudan is "on the brink of an all-out ethnic civil war," and U.N. special envoy on the prevention of genocide Adama Dieng said after a recent visit that there is an imminent risk of violence escalating along ethnic lines, with the potential for genocide.

"There is no greater urgency than to prevent this from happening," O'Brien told council members. "Given the clear facts and evidence, how many more clues do you, do we all, need to move from our anxious words to real, preventative action?"

South Sudan's deputy U.N. ambassador, Joseph Moum Malak, disagreed with Dieng, saying his description of possible genocide is "a bit far-exaggerated and does not reflect the reality on the ground."

"There have been no attempts that we are aware of on the part of South Sudanese masses to turn against each other," Malak said.

He also protested against an arms embargo and threats to sanction all parties engaged in the conflict.

The United States is pushing for the arms embargo and sanctions on Machar, the army chief of staff and the information minister for fueling conflict and obstructing peace.

But the U.S. is struggling to get support in the Security Council.

U.S. Ambassador Samantha Power said there will be a vote on the sanctions resolution by the end of the year and council members will have to make a decision "on the issues of life and death that have been raised by the secretary-general."

"This council needs to do much more to respond to the growing risk of mass atrocities," she said.